Visitors to urban convenience stores might briefly think they have happened upon an impromptu, and very loud, philharmonic concert. That’s because in cities across California, c-stores are increasingly blasting classical, opera, and country music outside and around their locations.

No, they are not providing free curbside entertainment for their patrons, far from it actually. Instead, they are using the music to deter vagrancy and loitering around their stores, hoping Wagner on a loop will chase off the vagrants.

But wait, what? Does this work, how did it come to be, and will it become the industry standard? Lock your doors and listen up as we put in the some convenience store market research to understand the origins and implications of c-stores’ efforts to eradicate vagrancy through obstructive music.

The Cost and Value of Safety

Obviously, vagrants make consumers feel uncomfortable and oftentimes unsafe. As we reported in our 2018 Convenience Store Industry Report, relative safety is extremely important to consumers when deciding which location to patronize.

To combat this discomfort, two speakers blare the music 24-7, but it is only audible outside the store. The opera, classical, and country music—which is often a tinnier, more aggressive version of familiar tunes—is not annoying for the few seconds it takes the average consumer to journey from parking lot to front door. In fact, it might even be pleasant. Obviously, clerks and paying customers are insulated from the repetition, but for anybody asking for change or selling their latest mixtape out front, well, it can get old pretty fast.

Indeed, this stuff is loud. And it’s on a loop. It’s like working an 8-hour shift in Barnes and Noble, where they have two albums on repeat all day long (I still have nightmares about James Blake: “you’re beautifuuuuuul, beautifuuuuuul.”).

To be clear, the songs themselves aren’t bad. Your humble blogger is totally an opera guy (Maria Callas was as close as humanity gets to the sun without our wings melting), but also gets down with both instrumental classical and even some country (Team Miranda!). So, all these genres are in my wheelhouse, but, having spent some time outside a local Long Beach 7-Eleven, I can confide, it gets really annoying really quickly.

It’s not faint piano concertos playfully tickling your ear in the background, nor is it timid tenors singing all tremulous and tender. Instead, it is blaring, intrusive, and impossible to ignore. Mozart and the Mosquito

But for the people who only visit c-store exteriors on their way in and out, it seems to be working. In an official statement, 7-Eleven’s corporate office noted, “We have received very positive feedback from our customers about the atmosphere created by the music devices piloted in several 7-Eleven stores across the US.”

They can mean several things by “atmosphere.” Perhaps they are referring to the sonic atmosphere—to the general PBS dilettante vibes created by classical music. Or perhaps they refer to the social atmosphere, the relative lack of riff-raff in their rapid retail excursions?

Of course, this isn’t the first attempt c-stores have made at crowd control. As 7-Eleven acknowledges it “test[s] a variety of programs in our stores that promote an excellent experience for our customers,” it should come as no surprise that the strings and sopranos were not the first iteration of non-confrontational loitering control.

For example, other 7-Elevens have experimented with button-deployed high pitch buzzing noises, allegedly on par with an extremely loud mosquito. Clerks can hit the panic button, so to speak, driving away loiterers by holding the buzz button down until they vacate the premises. Even that requires some action, however, at it seems that stores are finding it preferable to utilize a constant state of repulsion that does not rely on staff to take any action, direct or otherwise.

The Affordability of Classical Music (Also, It’s Out of Copyright)

We do not offer any commentary on how people come to loiter in front of c-stores—we are a business blog, but we are not in the business of attributing poverty to personal weakness, a broken economic system, mental illness, a broken family structure, or any other explanation. That’s because, potential causes aside, loiters, panhandlers, and riff-raff are a fact of urban c-store life.

In the best light, they are alienated youth finding alternative community and identification in contested public spaces. In the worst, they are addicts and potentially violent predators. And in the likely middle ground, they are people who have fallen on difficult times for difficult reasons.

So, whether they are homeless neighbors looking for a relatively safe place to sleep, addicts looking for handouts and highs, loiterers, panhandlers, or people looking to get into a rumble, I think it’s safe to say that nobody aspires to hang out outside the local gas ‘n’ sip.

Yet, regardless of who they are or how they got there, it often falls to c-stores to decide what to do with them. And the days of chasing loiters away with broomsticks like raccoons are long behind us—it is dehumanizing for the loiterer and potentially dangerous for the clerk.

Instead, many c-stores turn to a private security force to ensure only paying customers enter the store and that nobody, customer or otherwise, remains out front, out back, or in the parking lot after dark. We are not breaking any economic news here when we point out that two speakers playing music (that is out of copyright to boot!) is cheaper than full or even part time labor costs for a security team. 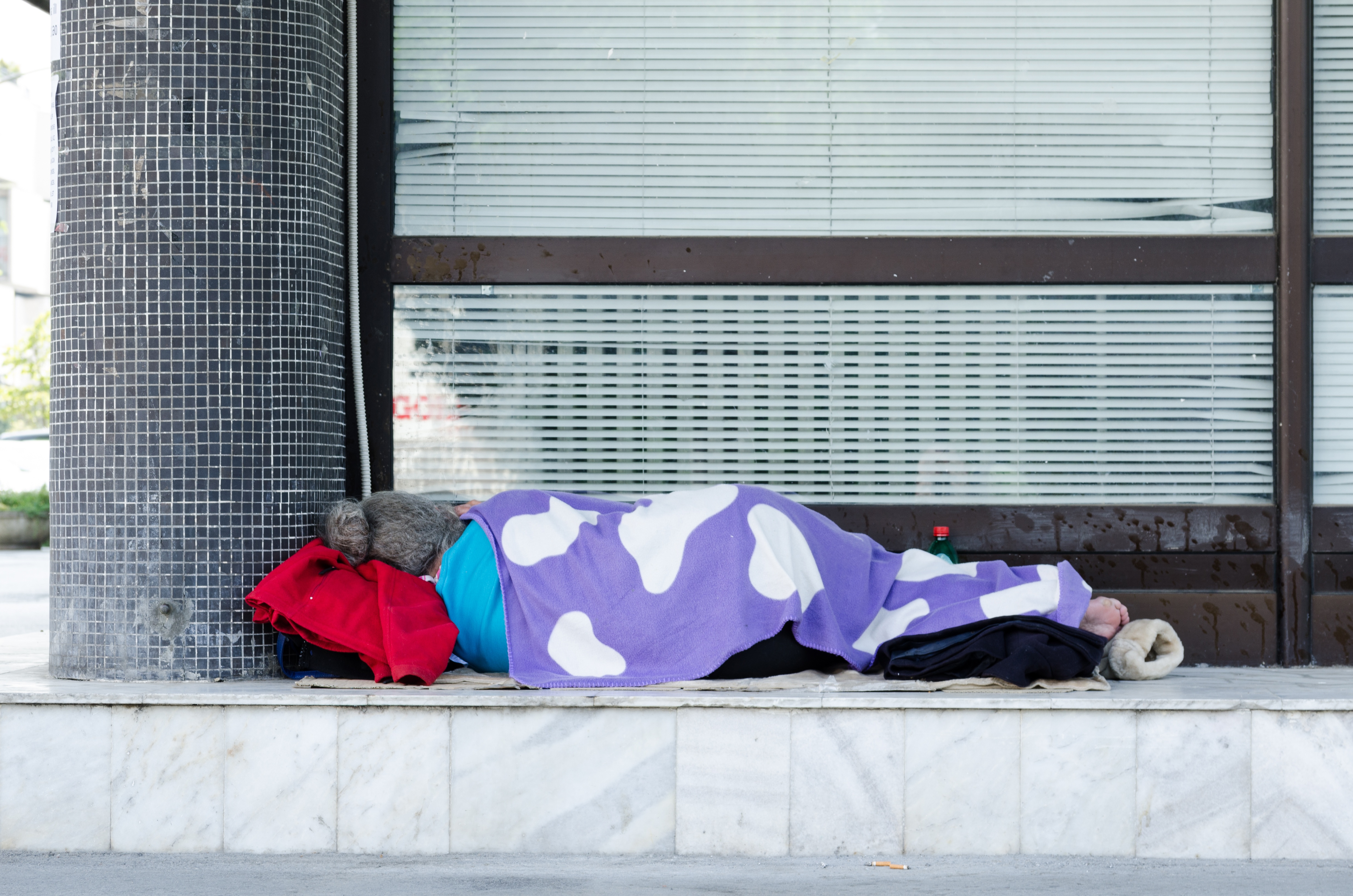 The Where and the Why

It’s not just convenience stores utilizing obstructive music—it seems they borrowed the concept from US, Canadian, and English public transportation systems, where keeping vagrants away from stations has long been a priority.

The New York Port Authority does it at its bus terminal. So does the Tacoma Transit Center, which has been playing classical and country music since 2007 and, according to a spokesperson, “[saw] a pretty significant decline in vandalism.” Ditto the Portland Transit Authority, which plays classical music at light-rail stops, and have dramatically decreased calls to police within these stations.

Speaking of the police, they have also experimented with it. All the way back in 2001, officers in West Palm Beach, Florida brought Sgt. Stradivarius into crime-ridden street corners.

The Convenience Store Market Research and Science of, Ugh, Make it Stop!

So why does it work? Other than, ‘it’s annoying’ can we find a suitable explanation for why Bach keeps them from coming back? Unsurprisingly, there are both psychological and social explanations.

According to neurologists, there are actual chemical reactions occurring in our brain every time we hear music, whether it be music we like or music that doesn’t fit our fancy. Indeed, dopamine production is stimulated when we hear music we like, which puts us in a better mood, kinda like cocaine for the ears. But our brains have an opposite reaction to music we do not like, suppressing dopamine production, putting us in a bad mood, and subconsciously driving us away from the source.

For others, it’s an issue not of brain chemistry but social identification. Public spaces are often contested and can often be claimed by familiar music. Think of people on trains with boom boxes, of every party in the park or on the beach coming with its own sound system, and clip-on speakers all the cool kids seem to have at marathons and bike events (CicLAvia!). Simply put, familiar music invites and stakes claims to space whereas music from outside of people’s register identifies that space as not for them and drives them away. A sonic system of identification and alienation, if you will.

I know I feel more welcome in a space blasting Beyoncé than one going all in on the Insane Clown Posse. And every jugaloo, no doubt, feels the opposite. Different strokes, folks.

Regardless, the system seems to be working so we expect it to spread. Soon, urban dwelling may be a walk from one vagrancy deterrence system to another. Let’s just hope they play Beyoncé.