Ando, one of the first and certainly the most famous delivery-only restaurant in the country has closed the book on delivery-only, and is opening its doors, literally. The “dark restaurant” was the brainchild of famed Momofuku chef David Chang, and simply could not find profitability in the current delivery-only model, in which restaurants are not open to a walk-in, sit-down public but rather only operate to fulfill delivery requests.

The restaurant had opened to much acclaim in 2016 after securing north of $7 million in funding, in a moment where delivery-only (also called “dark” and “virtual” restaurants) were the apple of every business writer’s eye. One telling headline from the era: "Are virtual restaurants dining’s next hot thing?"

So, as we do around these parts, let’s follow the food service market research to see if Ando’s misfortunes are indeed ominous for the entire segment, if this is just a brief period of technology being unable to meet up with demand, and if Ando may have thrown the delivery baby out with the bathwater.

The Virtual Promises of Delivery-Only Restaurants

There was much promise to the delivery-only model—enough that in addition to one of the world’s leading culinary thinkers, a host of venture capitalists, several prominent food delivery apps, and business journalists all quickly bought in on it.

And, in theory, what’s not to like? Operating a dark restaurant slashes overhead to an almost unrecognizably-low level. Operators save on labor costs (no servers), rent and decorating (with nobody coming in, who cares how big it is, what kind of neighborhood it is in, or what it looks like?) and advertising (the partner delivery apps should be doing that heavy lifting).

These decreased costs also come with some expanded liberties by lowering prices while keeping margins intact. First, with lower overhead, restaurants should be able to increase their value perception. Customers who are accustomed to seeing a $30 Rib-Eye generally don’t consider that overhead costs are factored into that price; they would be all too happy to see a $25 RibEye from a delivery service. Or, done differently, delivery-only restaurants could serve a more elevated fare than possible in-store, throwing in words like organic and locally-sourced to entice customers.

Second, without dine-in customers, food can be conceived, prepared, and plated (or do we say boxed?) with delivery in mind. This allows restaurants to feature foods that travel well as opposed to foods that present well but quickly deteriorate. It's the difference between a soufflé and an omelet, between tortellini and baked ziti—some things just hold up to travel better than others. A delivery-only joint would design the menu with this in mind.

Finally, particularly in a restaurant’s dangerous early years, it is simply not tenable to pay overhead on an empty dining room. Delivery-only allows for experimentation at a relatively lower risk, and can keep a fledgling business afloat. Potentially.

So, on the heels of one recession and potentially facing a second one in the restaurant sector, it's hard to blame a concerned food industry for seeing both panacea and placebo in the delivery-only model 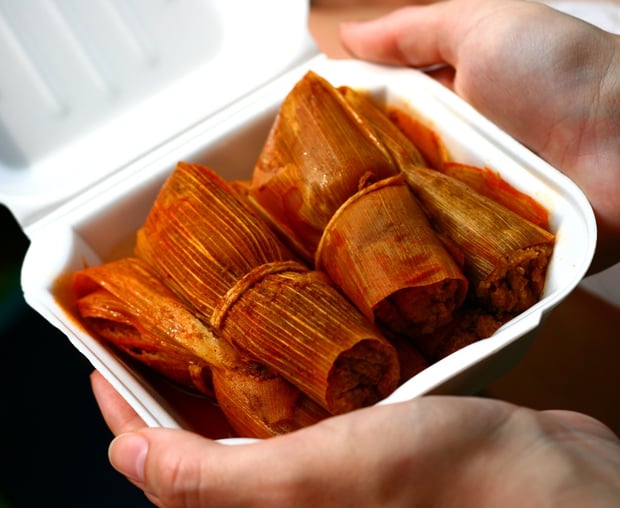 The Dark Limitations of Delivery-Only Restaurants

Thus far there have been two problems, however, one at intersection of technology and demand, the other related to finance and profitability.

Finance and profitability first. OK, restaurant margins are notoriously thin as it is, and any disruption to them can topple an already fragile ecosystem. Keep in mind that something close to 60% of restaurants close or change ownership in their first year, and 80% will be shuddered within five. Combine that with the fact that delivery apps are being kept afloat by new rounds of VC funding and have yet to achieve profitability in many markets, and you have a concerning proposition.

Unifying restaurant's thin margins with delivery's upside-down ones is probably not, according to Recode, be the wisest move. “Ultimately, with restaurants having no margin to spare and delivery companies like Uber, Postmates, and DoorDash all losing money while charging higher and higher fees, we’re on a path that will end badly for many.” For those still seeing a glimmer of hope, they continued, “The current situation is not sustainable.”

Consider UberEats, Uber’s food delivery service. Currently it is only profitable in roughly 30% of the markets in which it operates. Fine, a lot of companies aren’t profitable this early on. But this is in a world where they are collecting 30%-40% of checks from restaurants, and charging customers $5 per delivery. Thus, for some, it’s hard to see from where an influx of cash could emerge to suddenly bring them to sustainable profitability.

With reports of VC money drying up for Postmates, Uber, and other transportation/logistics apps, neither industry has the wiggle room to bail the other out.

The Demands on Technology to Meet Demand

Of course, none of this would matter if restaurants and delivery services could figure out a way to truly optimize delivery and drive down its cost. Yes, that will ultimately include driverless cars, but until then, it's a matter of using machine learning to add efficiencies to delivery routes and timing. So, despite concerns about each industry's finances, this concept does seem one silver-bullet away from being the next big thing—the cultural appetite for delivery-only is there, we just don't yet have the technology to feed it.

Indeed, for Ando's CEO Taylor, their delivery movement was just a little ahead of schedule.  “The algorithms are not there yet. You don’t have that critical mass yet. They’re doing single deliveries, which means it’s slow and it’s expensive.” The thing is, people love Ando's food and it's not like business was ever slow—it's just that, even in America's most densely populated city, optimizing and streamlining delivery to add efficiency and reduce cost is still a problem.

Chang's Ando isn't the only delivery-only operation, however. Consider Madera, Los Angeles's answer to delivery-only, featuring tacos (what else?) that are fresh, local, and regional—three big buzz words in today's food industry. They are available exclusively on Postmates and UberEats, and all indications are so-far, so-good, but without earnings reports there is simply no way to tell how they, or any other delivery-only places are faring.

Others in urban areas like San Francisco and Chicago are also seeing a surge in delivery-only restaurants, with each hoping it will crack the code (literally), because ultimately, as Taylor noted, this will all come down to algorithms.

It is, he believes, only a matter of time, however: “The food is there, the demand is there. The last pieces is the logistics—getting food from A to B…somebody will solve it. There’s a lot of money behind solving it."

Yeah, somebody should be doing some mobile market research.