Over the last year or so, Amazon has quietly been deploying a sales team in markets across the country, courting building managers, whose consent they need to install Amazon Key for Business, a keyless entry system the retailer promises will streamline its last-mile logistics and user experience. The installation, technology, and maintenance are free of charge—Amazon will foot the bill to make entry systems compatible with their Key for Business program.

The branded-polo-shirt-wearing sales force typically works in teams, going to buildings that have a below average delivery rate and a disproportionate amount of lost or stolen packages. Rather than depending on a resident or building manager to let its delivery people into buildings, buildings enrolled in the Amazon Key for Business program will find packages delivered directly to office and resident doorsteps, not left in lobbies or (heaven forbid) outside the building’s main entrance.

Between funding the program and its sales force, Amazon is clearly pushing this program aggressively. I should know, they came knocking on our door a few weeks ago (we are now enrolled in the program), and I can tell you first-hand how persuasive and efficient they are. Within a few minutes, the sales people had connected us to a coordinator to schedule instillation.

My experience is not unique and it’s time to put in the market research. Why is Amazon so aggressively pushing this program, what does it tell us about their plans for the next generation of delivery logistics, and what retail market research methodologies are they likely deploying to encourage adoption and gain market share?

OK, What Exactly is Amazon Key for Business?

Let’s get this out of the way first: the name of the program is insanely misleading. Though it may have started as a solution for owners of large office buildings with multiple tenants, it has since expanded to urban condominium and apartment complexes. It’s not just for businesses, it’s for residences too.

Also, it’s not actually a key that goes into a lock in any traditional sense. Who do you think they are, the post office? No, Amazon’s Key for Business is a smart fob that lets Amazon’s drivers enter an office or residential building to deliver packages without being let in by staff or residents.

Think of it as an add-on to an existing building entry system, one that takes this system online and makes it accessible to Amazon. This means that it does not change building residents’ entry experience or require any adjustment on their part, but rather extends the existing system to be accessible to Amazon’s delivery fleet.

Practically, here’s how it works: As a driver approaches a building enrolled in Key for Business, they request access through the employee-facing Amazon delivery app. The delivery person is then put through a multi-factor authentication process that confirms their identity based on their employee ID, route, location, and the time of day. Upon confirmation, the app opens the door or gate for them.

Once delivery is complete, the driver is required to confirm that the door/gate is closed/locked behind them and the one-time entry expires. 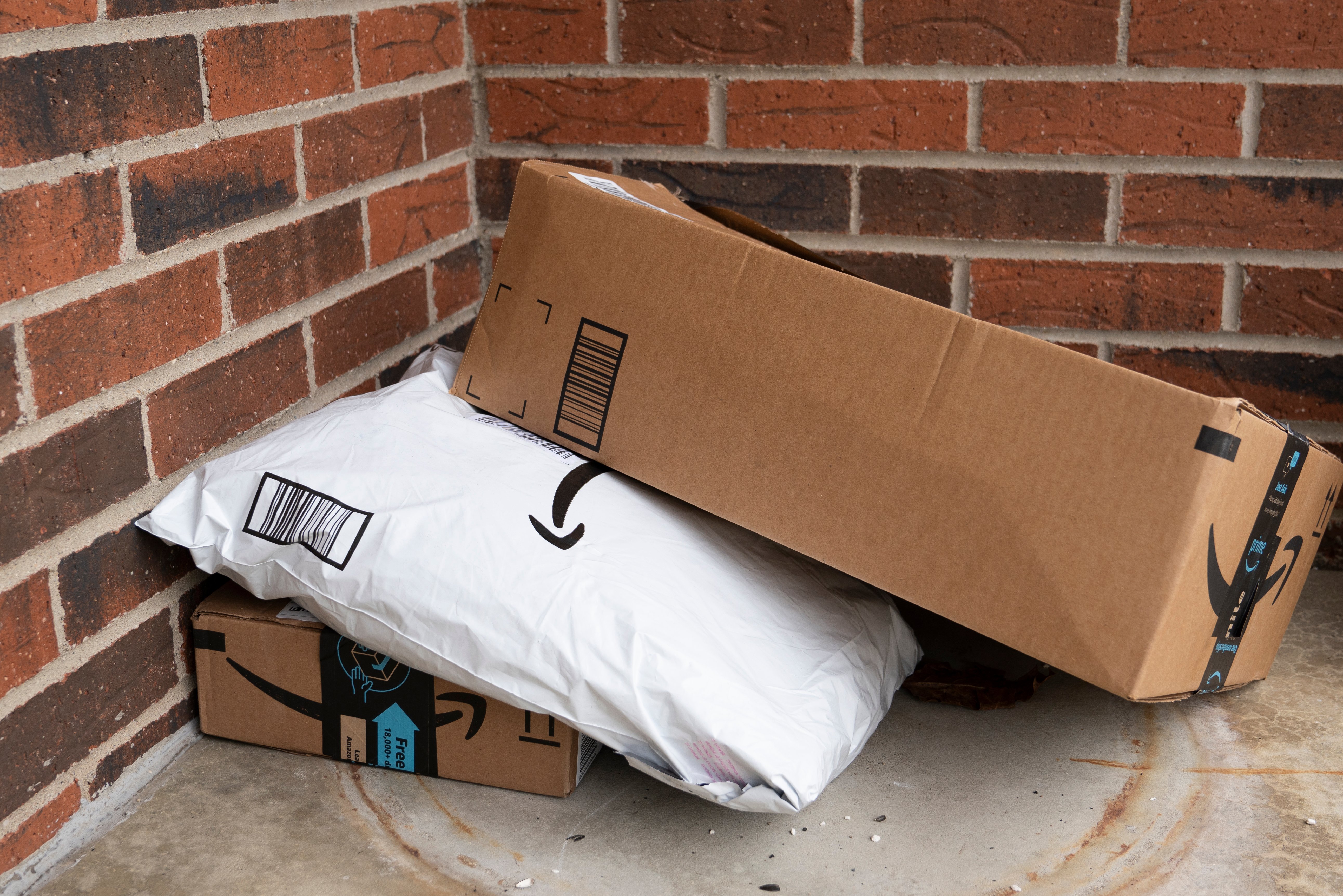 Though the technology has been operative since 2018 and been slowly rolled out, Amazon seems to have kicked it into high gear over the last year, with salespeople literally going door to door in certain cities trying to enlist building managers. The focus now seems to be on larger to mid-size apartment and condominium complexes, with salespeople targeting property/building managers, HOAs, and even condominium boards of directors.

These sales people, according to job postings in Miami and San Antonio, stand to earn between $3,000 and $11,000 in bonuses and commissions per month. Yes, per month. That’s how much of a priority Amazon is placing on this rollout—they are paying door-to-door salespeople up to $11k/month.

Since the installation is free to landlords and building managers (there is no cost for end users either), there is simply no telling how much Amazon is spending on the Key for Business program. But it is a lot.

The Appeal of Amazon Key for Business

From a building manager or BOD perspective, the offer can be tempting. Recall that the technology, its installation, and its maintenance are entirely free. A value proposition is obviously easier to make when the cost of that value is $0. The biggest value this program offers, of course, is convenience. It takes away the need for residents, employees, and managers to deal with inbound Amazon deliveries. Anybody who has had to run out of the shower because a delivery driver needs to get into the building knows what we’re talking about here.

The process also streamlines the delivery experience since packages will not be haphazardly left wherever the driver decides to leave them when they cannot get into the building. Ideally, packages will always be left outside the door of the recipient, not thrown over the fence or hidden in the bushes.

For Amazon, this cuts down on lost and stolen packages, offering a better end user experience, and eliminates conflicts between residents/employees and building managers who are often stuck between Amazon and the people looking for their missing deliveries.

The program eliminates the constant buzzing of delivery drivers trying to access the building, it streamlines and optimizes deliveries by reducing lost and stolen packages, and it makes life easier for building managers and drivers alike.

Sounds great, right? Well, not everybody is ready to surrender your keys.

You don’t have to be paranoid to understand that, for some people, the idea that the world’s largest retailer, owned by the closet thing we have to a real-life Bond villain, has access to their building. Sure, there are safeguards, but, at the end of the day, people are being asked to trust Amazon with the keys to their property.

Also, building managers aren’t under any obligation to tell tenants when they have enrolled in the program, meaning that people who may have objected to the program often won’t get the chance. That’s potentially creepy. 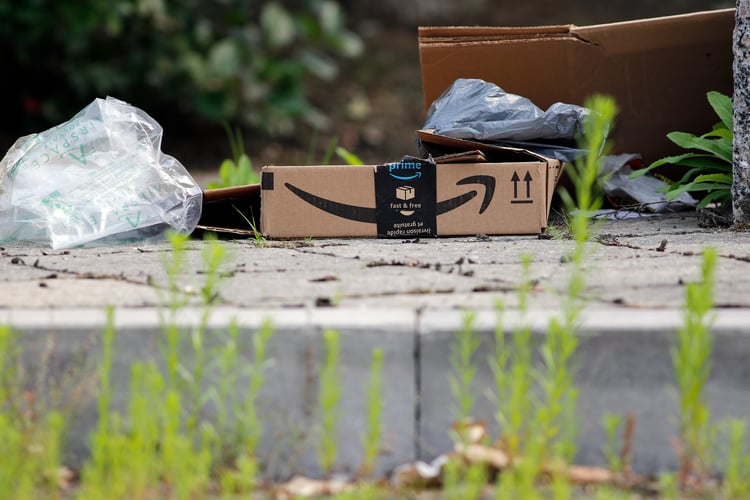 To Amazon’s credit, they run background checks on all drivers and have built a robust, multi-factor authentication system to limit abuse.

But, even if people do trust Amazon and its fleet of delivery people, there is still some risk in taking an internal system with no connection to the outside world and connecting it to Amazon’s network., That’s because, as a video game character I have come to love always reminds us, “Everything can be hacked.”

Privacy researcher and former senior technology advisor to President Barack Obama, Ashkan Soltani, has some concerns about this new system. Essentially, bad actors outside of Amazon, Soltani believes, can gain access to this system and gain entry to properties.

Despite these concerns, the program continues to expand. But why is it so important to Amazon?

Well, let’s be clear about one thing: this is not an open-solution that Amazon will be sharing with other delivery and logistics companies like UPS, FedEx, or even the US Post office. This is for Amazon, by Amazon.

That, right there, is a big clue to why Amazon is rolling out this program so very aggressively. They want to be there first. They have, no doubt, run extensive retail market research campaigns to pinpoint people’s willingness to adopt such a system, their likeliest reasons to refuse it, and their possible pain points.

And, though I cannot prove it, I’d be willing to bet that this research is telling them that people are open to the process once, maybe twice, but will not be open to an endless succession of delivery companies searching for the same access.

This means, of course, that receiving Amazon packages stands to be a significantly easier customer experience relative to its competitors. With their marketplace already optimized, Amazon hopes people will see their end-to-end experience as a key differentiator. Ordering from Amazon is already easier than ordering anywhere else. With a uniquely streamlined delivery system, why order from anybody else?

They want to be there first. Think of it this way: everybody said yes to Netflix when it was the first and only streamer in the game…a decade later, streamers like Peacock and Paramount+ are finding they’ve arrived a bit late to the party and there is a palpable streamer exhaustion with people feeling they have already extended themselves far enough.

The same is likely to happen with this Key technology. No doubt Amazon has run panel surveys with building managers and even HOA leaders, which suggest they would be receptive to this now, but will probably draw the line when DHL and FedEx asks them for the same thing a few years later.

Philip T. Evers, a logistics professor at University of Maryland, sees the advantage of early arrival: “The landlord may say, ‘You know, I’ll do this for one company, but maybe we don’t want it for every delivery company that’s out there,’” he said.

Evers also noted something that, frankly, had not yet occurred to your humble blogger: future applications of this technology. Could Amazon, Evers wonders, also allow residents to leave returns in their building foyer or entry point for drivers to pick up? Can this technology ultimately convert buildings into small scale logistics centers? Could they ultimately sell this access to other logistics companies?

I do not know the answers to these questions. But I do know that, starting last week, I don’t need to worry about being home when I’m expecting a delivery.