PepsiCo is making SodaStream into a tributary. The beverage and snack food giant purchased the at-home carbonation system for $3.2 billion dollars in what is likely to be the final big splash for soon-to-retire CEO Indra Nooyi.

Nooyi helped to expand Pepsi’s portfolio from predominately a junk food and drink purveyor to include healthier brands, less sugar, and even some nutritious items. Now with the SodaStream acquisition, Pepsi has diverted the DIY carbonation stream into its own massive beverage ocean, catching up to shifting consumer taste and getting ahead of the at-home beverage market.

So, let’s load up the carbonator with some CPG market research as we explore the new ways Americans engage soft drinks, marvel at SodaStream’s recent successes, and evaluate Pepsi’s chances of making a big fizzy splash into the next generation of soft drink consumption.

We’ve been riding the flavored bubble water train for a while, and continue to revisit it, but we have yet to explore the at-home carbonation market, which SodaStream dominates (Keurig, its closest competitor, has encountered serious troubles with its Kold carbonation apparatus).

Tel Aviv-based SodaStream, on the other hand, has been on quite the run.

The device, which requires no electricity, pushes carbon dioxide (from an attached refillable tank) into reusable plastic bottles of water and offers a bounty of flavoring options. Though they began by marketing themselves as an at-home sugary soda brand (a way to save money on a CocaCola addiction) they adjusted with the times and went all-in on the zero sugar, zero sodium, flavoring found in LaCroix and its innumerable competitors.

Now, consumers weary of the budgetary and environmental implications of a full-on LaCroix habit have turned to SodaStream to make their own versions of their favorite flavors. They just don’t come with the neon cans.

These days, SodaStream products are available in 80,000 stores across 45 countries, and have tripled their earnings forecast for the year. 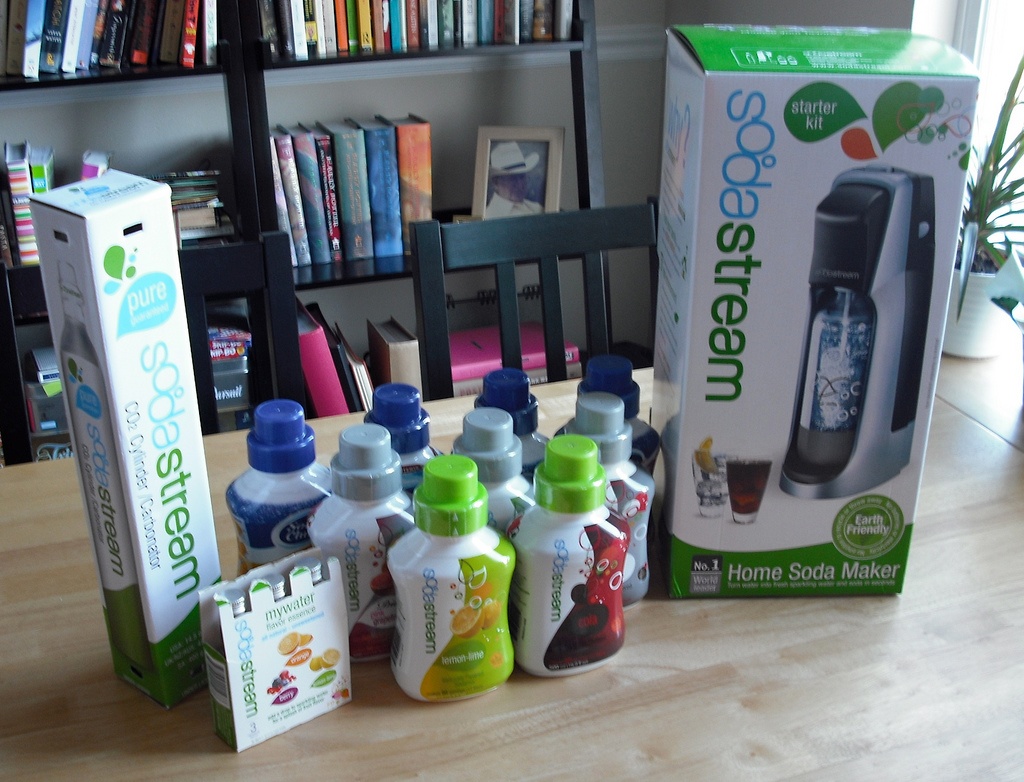 They currently boast 12.5 million active customers, up from 4.5 million in 2012. Operating a closed system, they brought in $171.5 million in revenue last quarter, the majority of which derived from their carbon dioxide refill canisters and product flavoring. This is key as their primary product, the actual device, requires customers to continue to make purchases that will sustain it. Device sales rose 22% in the quarter and refill gas unit sales increased 17% to 9.7 million.

Now, with this acquisition, Pepsi can do its darndest to ensure those products are Pepsi branded.

Crashing from a Century-Long Sugar High

Indeed, these are dark times, not just for Pepsi in particular but for soda manufacturers in general. US soda consumption is at a 31-year low, owing to shifting public tastes, sure, but also broader changes in their distribution channels.

Shifting tastes first. We’ve discussed it so many times, we can basically recite this part from memory. But here it goes: the public’s thinking about nutrition, calories, and sugar has changed over the last decade, and it is hard for many people to rationalize a sugar soda these days—for that many calories, you might as well have a beer. Otherwise throw some rum in it and call it a cocktail.

But as just a mid-afternoon refreshment that offers no actual buzz? No, not really. Yes, it’s true that a burger and fries don’t taste quite the same without a soda, but other than that, the public seems to have outgrown them. Sure they still have their enthusiasts (particularly baby boomers, as our 2017 Beverage Study pointed out) but they are becoming an exception instead of the rule.

Also, diet soda is no longer the panacea it used to be. Emerging thinking about natural v. artificial, and about aspartame and other artificial sweeteners, has soured the public’s appetite for the former gold standard of health-conscious soda consumption.

Now, regarding distribution channels. Grocery beverage shelf space is no longer the nearly exclusive domain of Big Soda. These days, shelf space is getting squeezed by both ends.

And though it seems like Pepsi is responding to the sugar issue in this acquisition, this has just as much (if not more) to do with the distribution issue.

Indeed, Pepsi’s CFO was candid in describing the move, confiding, “We get to play in a business—home beverages—where we don’t play.” Buying into the largest at-home beverage maker means Pepsi doesn’t have to worry if at-home begins to cannibalize their in-store—they own both. Indeed, Nooyi’s successor, Ramon Lagurata, is pleased that “PepsiCo is finding new ways to reach consumers beyond the bottle.” 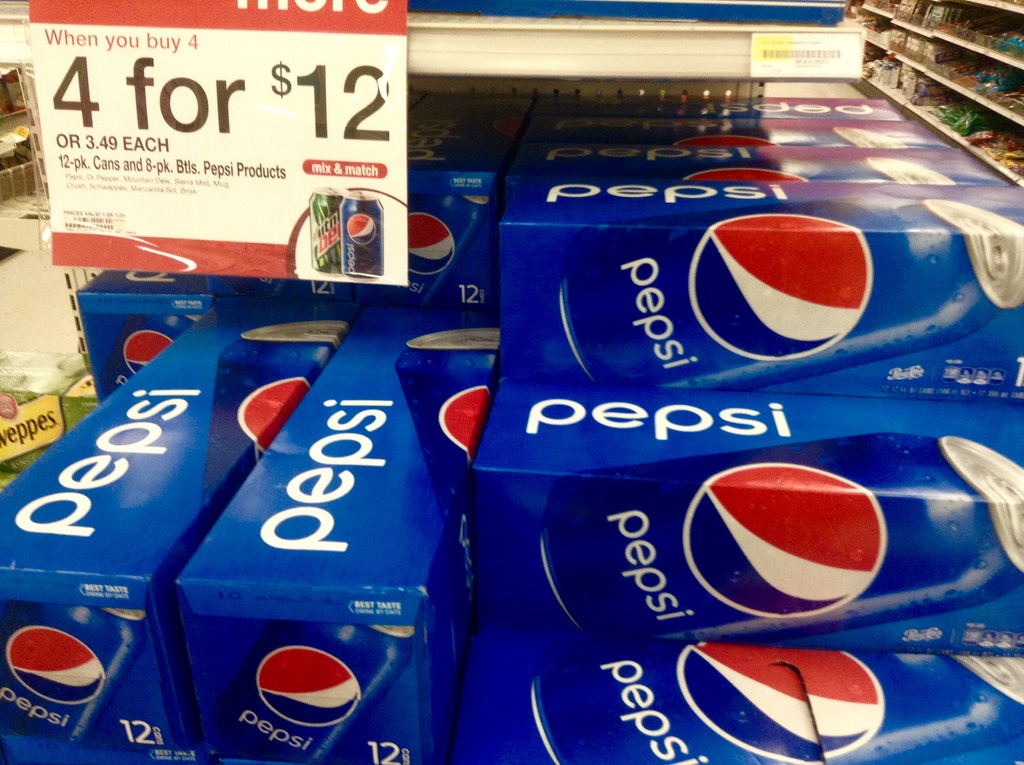 In an increasingly Amazon-ed world, we shouldn’t expect that future beverage consumption will consist of Costco-sized crates of canned or bottled beverages being delivered to consumers’ doorsteps. Instead, it will be about at-home production, and, seeing the iced tea leaves for what they are, Pepsi has gotten into not just a hot new channel, but what may soon become the standard way consumers get bubbles in their water.

Think about it: how long will it be until Pepsi branded products come in every SodaStream starter kit? What kind of margins can Pepsi use to lure customers into remaining loyal to their products once the refill cycle begins? We’re not just talking about cola flavor here—honestly, I don’t think anybody is talking about cola anymore. It’s the LaCroix adjacent flavors that Pepsi will be moving in on.

What’s more, they will likely be using their emerging brand, Bubly, to do it. The nascent LaCroix competitor (and imitator!) hasn’t really gained traction, but it will likely gain mindshare and consumer confidence as it becomes integral to Pepsi’s home beverage game.

While it will surprise nobody to learn that seltzer is nothing new—around since the early twentieth century—most don’t realize that at-home carbon dioxide cartridges are also nothing new. Indeed, before World War I, many families made at-home bubbly drinks like egg creams (carbonated water, milk, and flavored syrup) just like the soda fountain down the street made.

But through the postwar party known as the roaring twenties, the depression, and World War II, the at-home solution lost its popularity in favor of emerging CPG brands like Coke (those were the good ol’ days of marketing).

Now that we are in a seltzer resurgence (since 2008, U.S. sales of carbonated water have grown 129%) companies are falling over themselves to find the newest hot twist on flavored bubble water. Some are adding booze (we wholeheartedly endorse Claws Hard Soda, btw), others bacon (seriously), but the war of escalation will continue. And as LaCroix and others release new flavor combinations, consumers will mimic them at home.

Indeed, SodaStreams are now a welcome if not yet expected compliment to a home bar, and with consumers bringing home such a wide range of inspiration, they will no doubt burn through a lot of carbon dioxide canisters and flavorings. Which has to come from somewhere. PepsiCo just made a play to ensure it is from them.