Target and Disney are expanding their partnership, bringing more and more Disney shops (not to be confused with Disney Stores—more on that later) to Target locations around the country. These dedicated Disney spaces, essentially a store within a store, will sell toys, costumes, clothing, and games all built around Disney’s IP.

As we’ve pointed out before, Disney’s IP knows no rival. The House of Mouse holds the rights to three of the most valuable franchises out there: Princesses, Marvel, and Star Wars.

For Disney, the partnership is part of a broader strategy to decrease its own retail footprint while building a robust omnichannel operation that incorporates its parks, films, streaming service, and online store.

For Target, it is a singular way to drive foot traffic and online sales, and to stand out from its competitors.

So, today we are putting in the retail market research to contextualize this partnership, the unique position each company finds itself in, the state of omnichannel operations, and what this all says about and the retail experience in a permanent pandemic era. 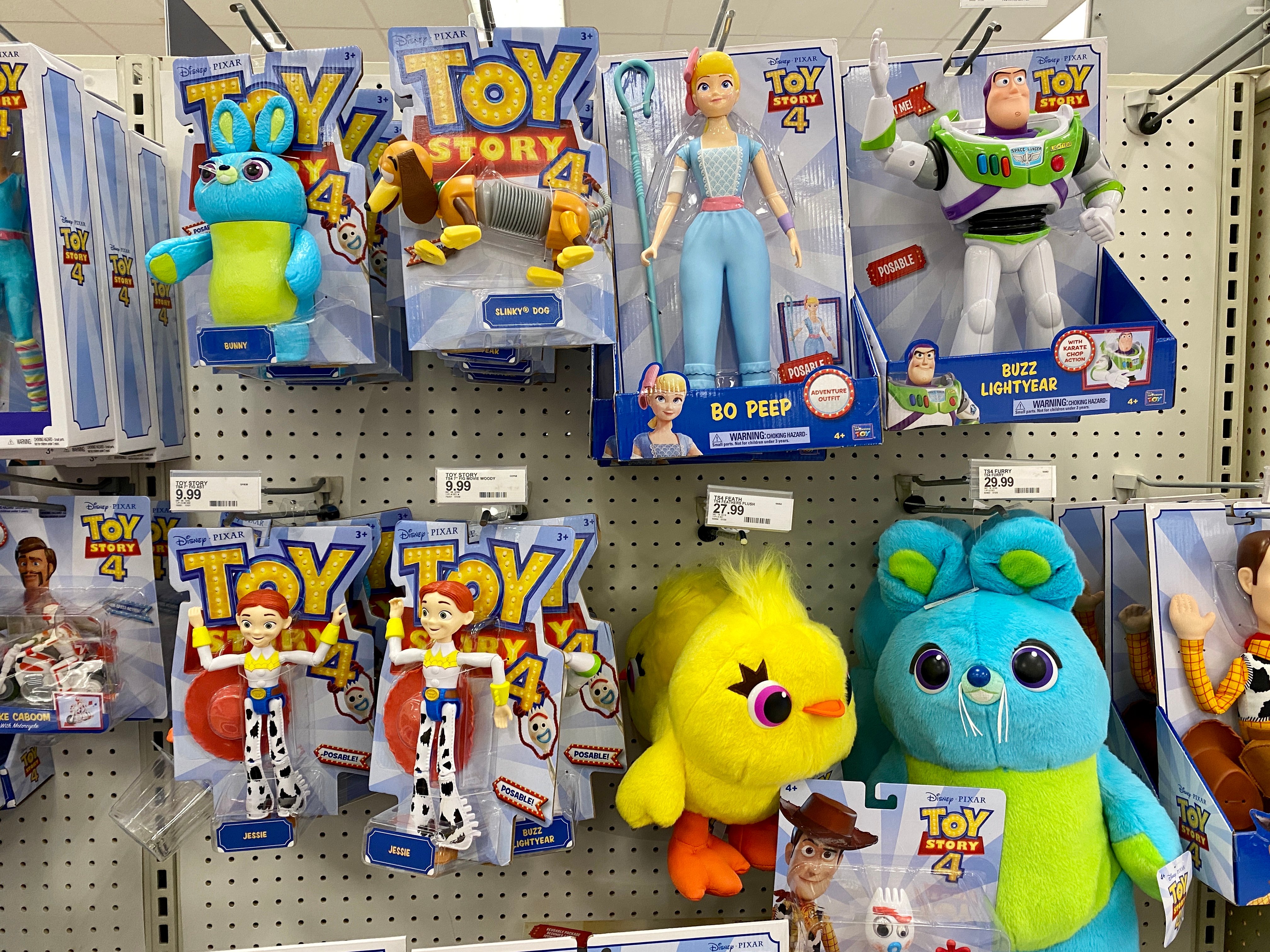 A Disney Shop Inside a Target Store

While Target did not specifically say how many Disney shops they are adding, some simple math can get us there: They currently have 53 Disney shops, they will have 160 by the end of the year, so they plan to add roughly 107 new Disney shops to Target locations over the next several months.

Of course, 160 stores out of 1,900 US locations is still only like 11%, this will put a Disney shop within reach for most US consumers—no, not every Target store will have one, but most consumers will be within a reasonable drive of one that does.

Obviously, these are the types of deals that drive foot traffic, something that has been in short supply during the pandemic and will make or break a retailer during the forthcoming holiday season.

Also, Disney products allow Target to increase its price point in its toys department—Disney products command a premium, and Target hopes that Disney sales will raise its department’s profitability while also allowing Target to perhaps increase pricing on other products, which next to Disney prices will still look relatively affordable.

This is especially important for Target, which has grown its toy category extensively since Toys ‘R’ Us closed and put a good chunk of market share up for grabs. According to the company’s Chief Growth Officer, Christina Hennington, during the last three months alone toy sales have grown 20% year-over-year. 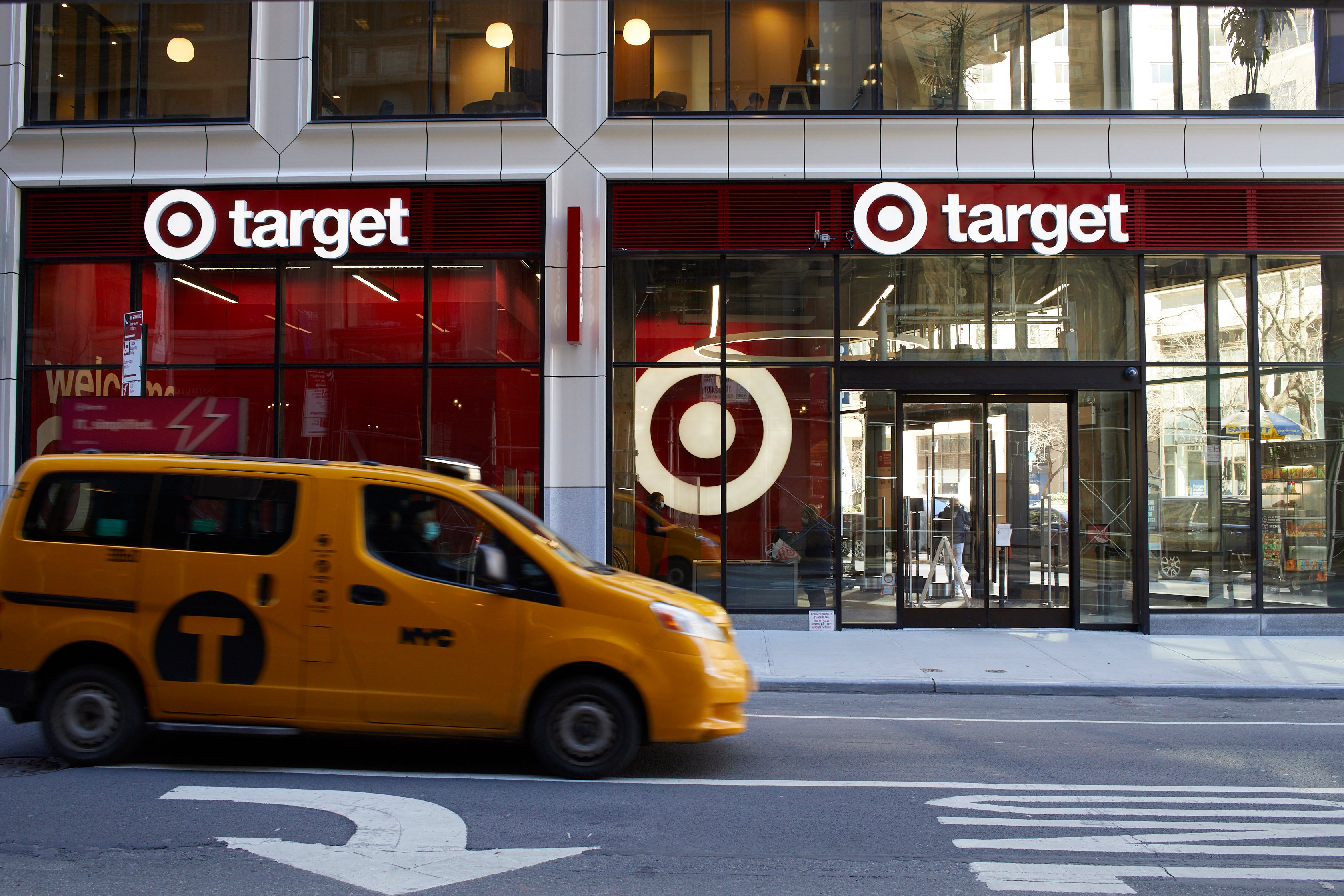 An Entire Mall Inside a Target Store

These small store-within-a-store sections have become a cornerstone of Target’s strategy, securing exclusive deals with famous brands they hope will drive foot traffic and digital sales. In a way, Target has become its own version of a mall, where customers browse dedicated spaces for brands.

Yet whereas private malls were social spaces in which friends and families could spend an entire afternoon, Target is instead offering a one-stop-shop experience where efficiency and exclusivity are the main draw. Stop by, get that Disney toy for the kid, pick up your prescription and a twelve-pack of bubbly water and GTFO.

Indeed, these days, Target shoppers could hop from one branded space to the next. Target currently offers:

Now, consider that any one of these stores-within-the-store could alone drive a trip to Target. With the Apple and Disney especially, these are brands people make trips for, that compel somebody to get into their car and go shopping in the classic sense. 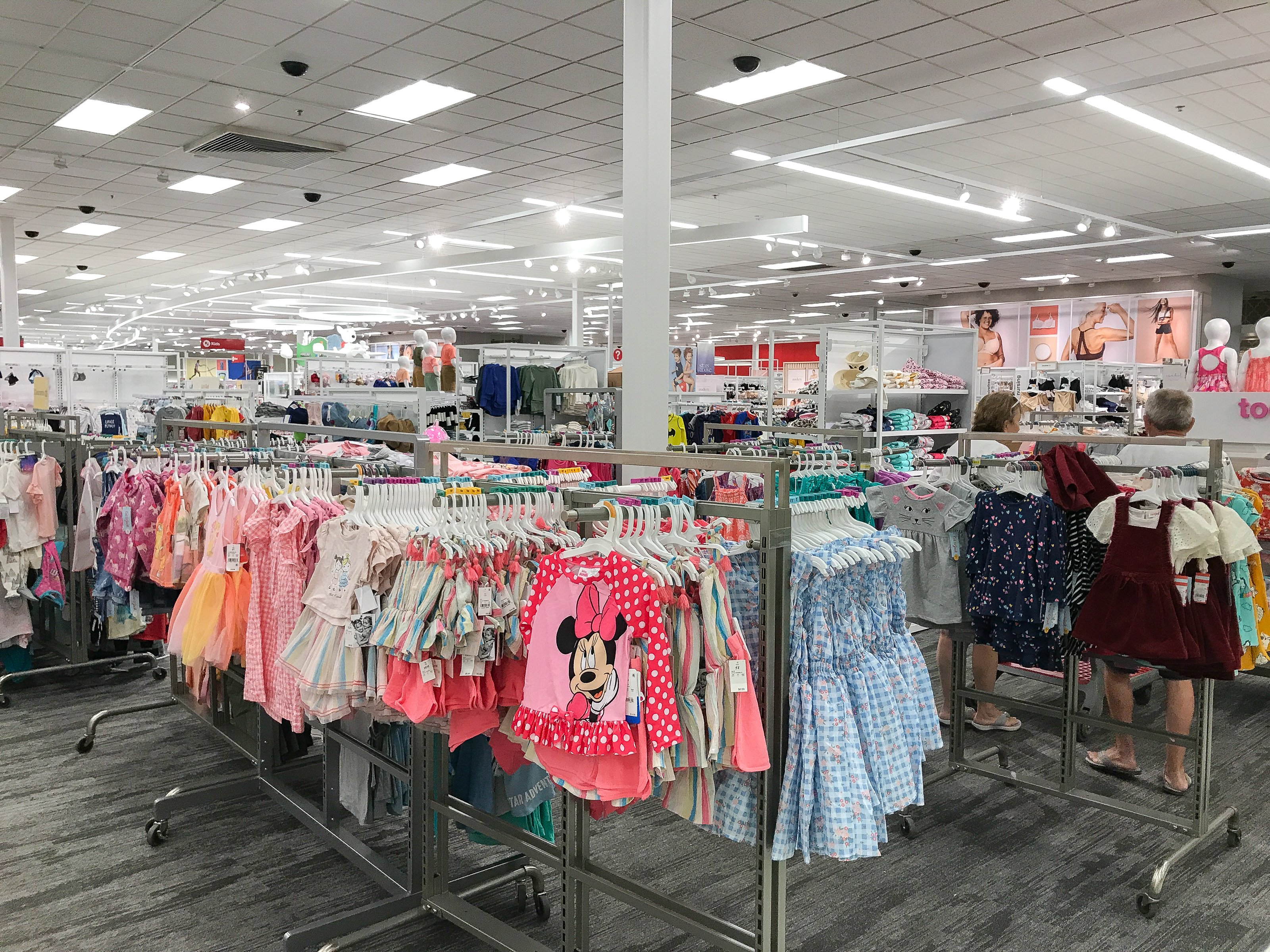 Of course, the ease of heading into the nearest neighborhood Target vs schlepping it all the way to the nice mall across town is reason enough to hit the Bullseye. And then, with a toy light saber in their hand and an iPhone in their heart, these customers are likely to pass at least one product among Target’s millions that also piques their interests. It’s destination shopping, but the destination is within the destination.

Retail analyst Steve Dennis agrees, noting that Target is working to find unique ways to bring customers into the store, and then to catch their interest with other products once inside.

“One of the trends that I think they’re leaning into is ‘How do you create more uniqueness and differentiation for your brand’ and kind of elevate it from the typical sort of merchandising?” Dennis said. “What’s that extra reason to go to the store or go to the website or perhaps, buy something else on your trip?”

Disney, for its part, has been working to reduce its retail footprint, dramatically cutting its store count through closures in malls and shopping centers across the country.

By the end of the year, there will be only 25 dedicated Disney Stores. These closures only pertain to the real world, however, as Disney has no plans to scale back sales within its theme parks. But outside of the Magic Kingdom, Disney Stores are shuttering as the company works to drive as much of its merchandise traffic online as possible. This was the plan before the pandemic, but with retail and amusement park operations halted by lockdowns, the plan became all the more pressing. It’s much more cost effective, obviously, to drive sales to platforms that do not incur overhead costs such as rent, utilities, and in-store staff.

Yet a brand like Disney cannot survive on e-commerce alone. Grandparents want to buy toys for their grandkids, parents want to ensure the product they are purchasing is the one their kids want, and kids’ brands in particular require on-site engagement—they need to put their hands on the toys sometimes to get excited about them.

Disney is essentially outsourcing its brand’s brick and mortar experience to Target because, well, why put in the retail legwork when Target would love to take it off your hands? Target will gladly handle the staffing, overhead, merchandising, and customer service, all in exchange for the foot traffic a Disney shop drives.

Stephanie Young—Disney’s president of consumer products, games, and publishing— laid out this strategy clearly: “Over the past few years, we’ve been focused on meeting consumers where they are already spending their time, such as the expansion of Disney store shop-in-shops around the world," Young explained.

"We now plan to create a more flexible, interconnected e-commerce experience that gives consumers easy access to unique, high-quality products across all our franchises.” 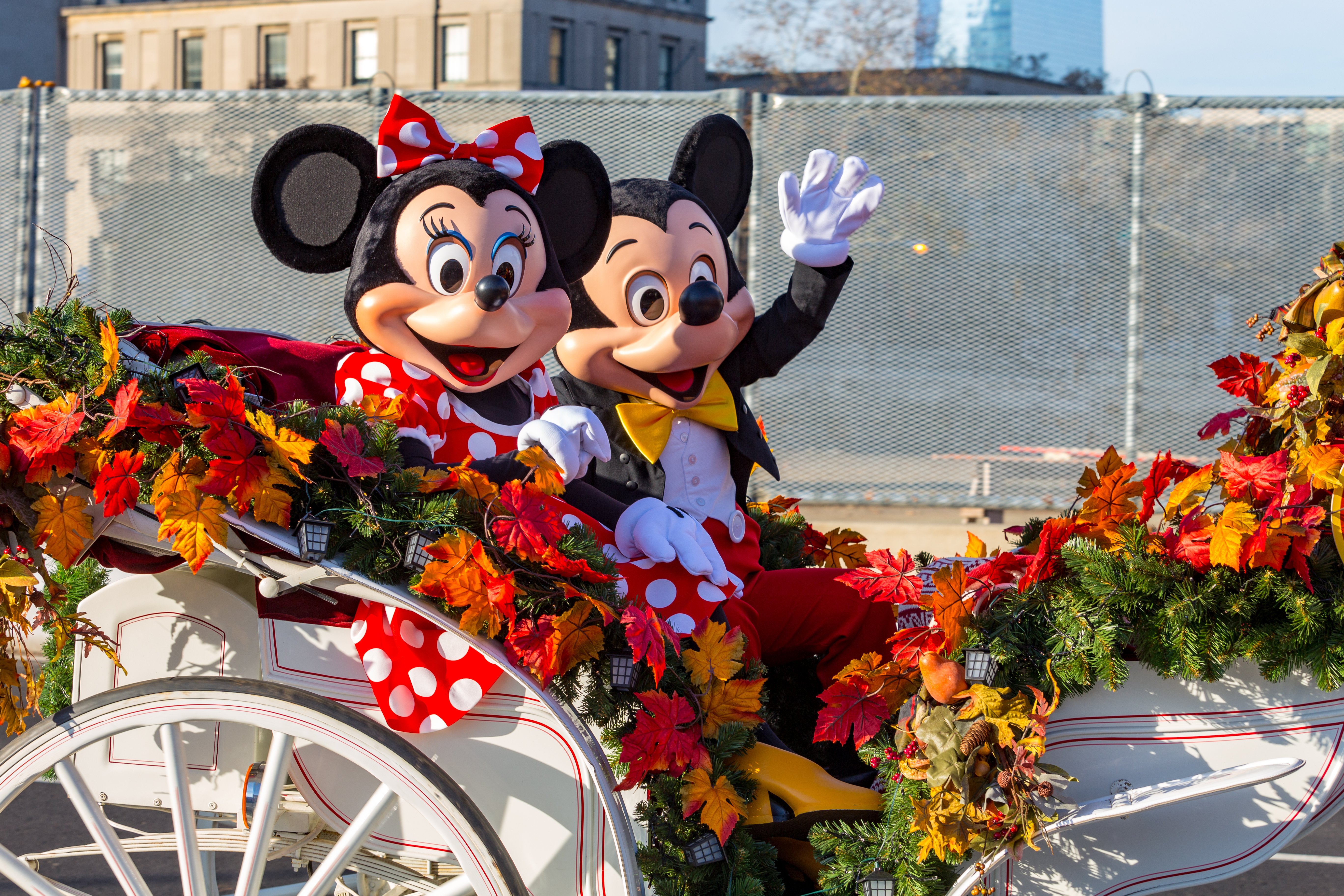 Look, we are living in an IP world where nothing is more valuable than trademarked stories and characters. Disney’s stable is the envy of the entertainment world, and their pathways to monetization continue to evolve.

Today, they know that people will seek out their goods wherever they sell them, so they are free to find the most efficient and affordable omnichannel points of sale. For now, these points of sale are predominately online or in park, with Target filing in the brick-and-mortar gaps.

Disney isn’t the only company coming to this realization, and Target isn’t the only retailer building a stable of exclusive in-store partnerships. Macy’s has done the same thing with Toys ‘R’ Us, Kohl’s with Sephora, and so on and so forth. Big-box retailers and department stores are becoming malls themselves, an interconnection of partnerships, cross-promotions, e-commerce, and omnichannel.

Manufacturers and retailers alike are finding new pathways to their customers and market research is paving the way.