We are going to talk about regenerative farming today, because when both the Wall Street Journal and Whole Foods declare something a trend to watch, well, it bears watching.

We’re gonna assume that, going into this, you, dear reader, are about as familiar with regenerative agriculture as the average person, which means not at all. So we are going to take it from the top, outlining regenerative agriculture, its promises and limitations, and what it means for food manufacturing market research moving forward.

What is Regenerative Agriculture, and What Does it Do?

Soil naturally holds carbon, but tilling required by industrialized agriculture disrupts this process, releasing additional carbon into the air and limiting a natural way the earth has to recover carbon already in the atmosphere. Traditional monoculture has no answer to this, but regenerative farming seeks ways to solve for it. 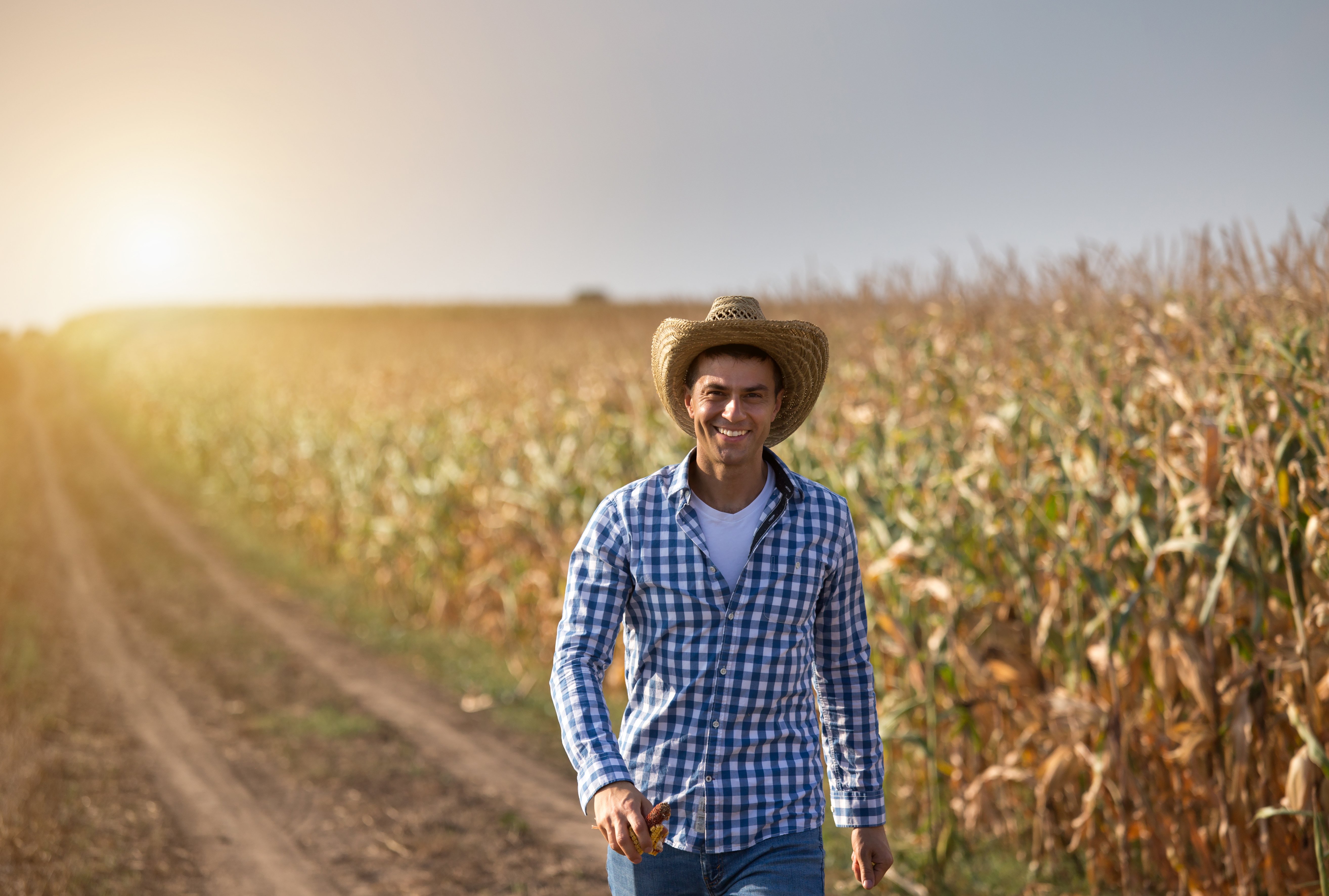 Some regenerative farming techniques include cover crops to limit erosion, compost to reintroduce and maintain carbon, and managed crop rotation and grazing to allow deeper-rooted plants on the top soil.

But, while there is a consensus on the practices that constitute regenerative farming, there is, as of yet, no uniform industry standard or scientific certainty regarding some of its loftier promises.  Yet, let’s be clear, even if regenerative agriculture can’t deliver on its promises to slow climate change, it is nonetheless imperative that food producers and sellers begin to explore it because, regardless of the amount of carbon in the atmosphere, the earth’s soil simply cannot continue to be regularly tilled, and pumped full of chemical fertilizers and pesticides. We are not being treehuggers here, this is just a simple fact.

Indeed, according to Bethany Davis, MegaFood Director of Advocacy & Government Relations, soil degradation has gotten to the point that we are pushing against the boundaries of foreseeable sustainability. “We have 60 harvests, or fewer, left. Not only is our food less nutritious than it was 50 years ago, but we are destroying our soils at such a rate that we won’t be able to feed the world.”

What Are Regenerative Foods? And Can They Be the New Organic?

So, practices can be regenerative, but some foods are inherently so. For example, as filter feeders, oysters remove impurities from their aquaculture environment, making them a naturally regenerative product.

This is trickier on land as grains require planting, tilling, and replanting. At least up until now.

The Land Institute is developing a grain called Kernza, which is the first perennial grain, meaning it does not need to be replanted every year, and also has deep-burrowing roots that hold carbon in the soil. 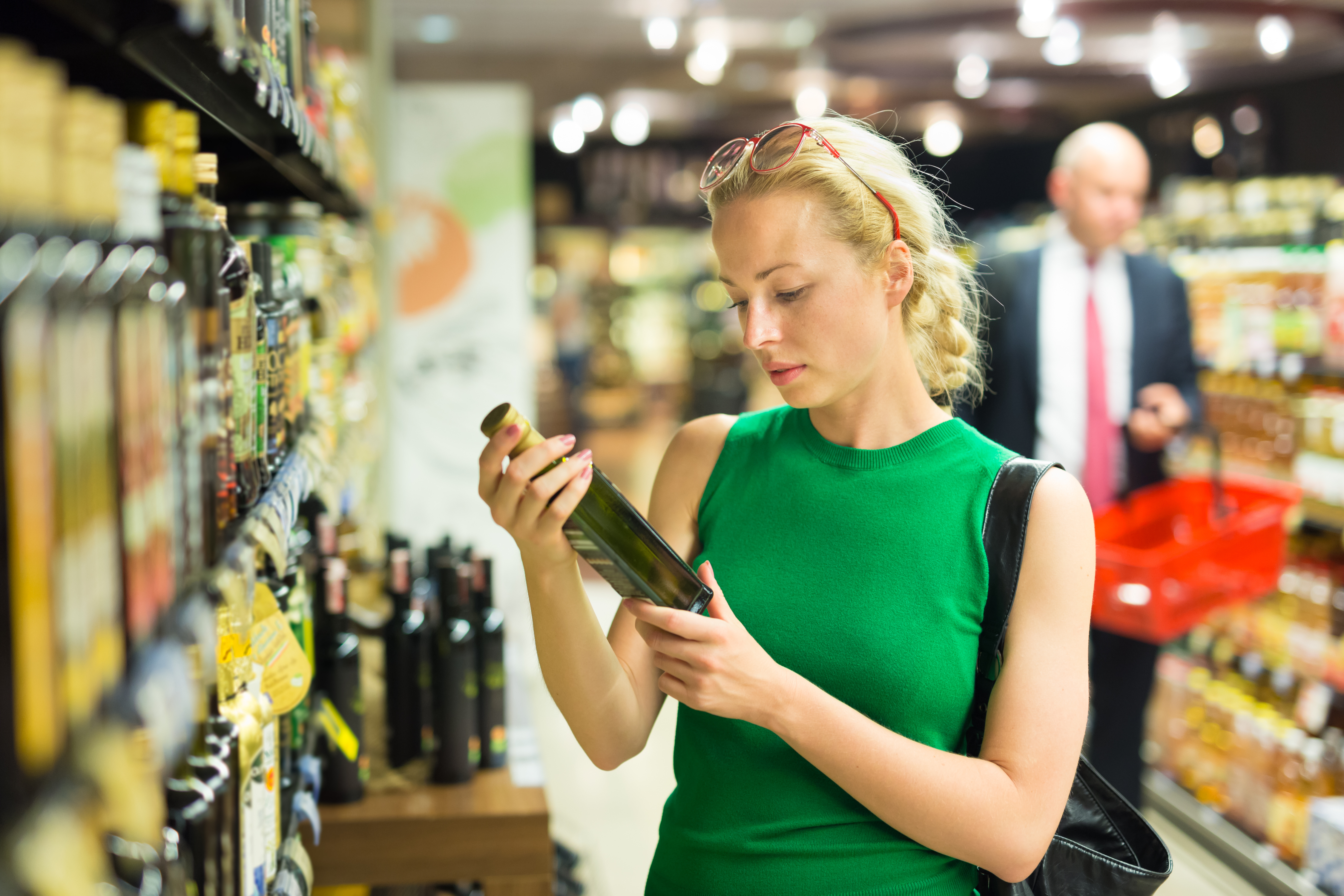 But will customers pay a premium for products labeled regenerative?  Brian Zapp of Applied Food Sciences believes consumers will rise to the occasion: “We know consumers will pay more for higher-quality ingredients,” says Zapp. “Certifications like USDA Organic, Non-GMO Project Verified, etc. only tell part of the story. While they do add value to the product and enable manufacturers to charge a premium for the product, there is another piece of the puzzle that also adds value in the consumer’s eyes...82% of consumers also believe that companies with socially responsible initiatives have higher quality products and are willing to pay more for these products that align with their values of quality.”

Grocers and Manufacturers Want to Know if Regenerative Can Be the New Organic?

It’s easy to understand why Whole Foods would be into this. As the Wall Street Journal points out, “the term ‘organic’ continues to be diluted,” paving the way, the Journal believes, for regenerative foods, which they forecast will become trendy among “evolved eaters.”

And if there is a way to rekindle some of that early organic magic, Whole Foods is definitely interested. What kind of margins can you get on food that purports to literally help to save the world? Whole Foods and Amazon are no doubt gaming this question out even as we speak.

Because when it comes to organic, it’s not just its meaning that has been diluted, it’s the status it used to carry. Organic was a quality market in the food industry and in individual kitchens, a way for people to signal they only bought the best. But nowadays, organic is democratized, it is available at Walmart, and it is no longer the status signifier it once was. For food manufacturers, the promise of regenerative as a new marketing possibility is, well, regenerative.

Between Promise and Reality, is Regenerative Agriculture “The Cold Fusion of Agriculture?”

There are some causes for pause, however. First, there has yet to be any established scientific consensus that regenerative agriculture is a viable means of feeding the planet, nor is there any consensus that the practices are effective in combating climate change.

To be clear at the risk of being repetitive: It is undeniably true that regenerative farming is better for the long term sustainability of soil and the agriculture that grows on top of it, and that it is a better means of ensuring the long term viability of food production. But it must be shown to be a viable means of producing enough food, and must substantiate some of its loftier claims about carbon and climate change.

Consider the somewhat counterintuitive fact that the ground most certainly has a ceiling--that is, there is only so much carbon that can actually be absorbed into the soil, and, even with best farming practices, we would theoretically hit that cap. At that point, if fossil fuels are still being burned with impunity, well, according to geologist David Montgomery, “all we have done is delay things a bit.” 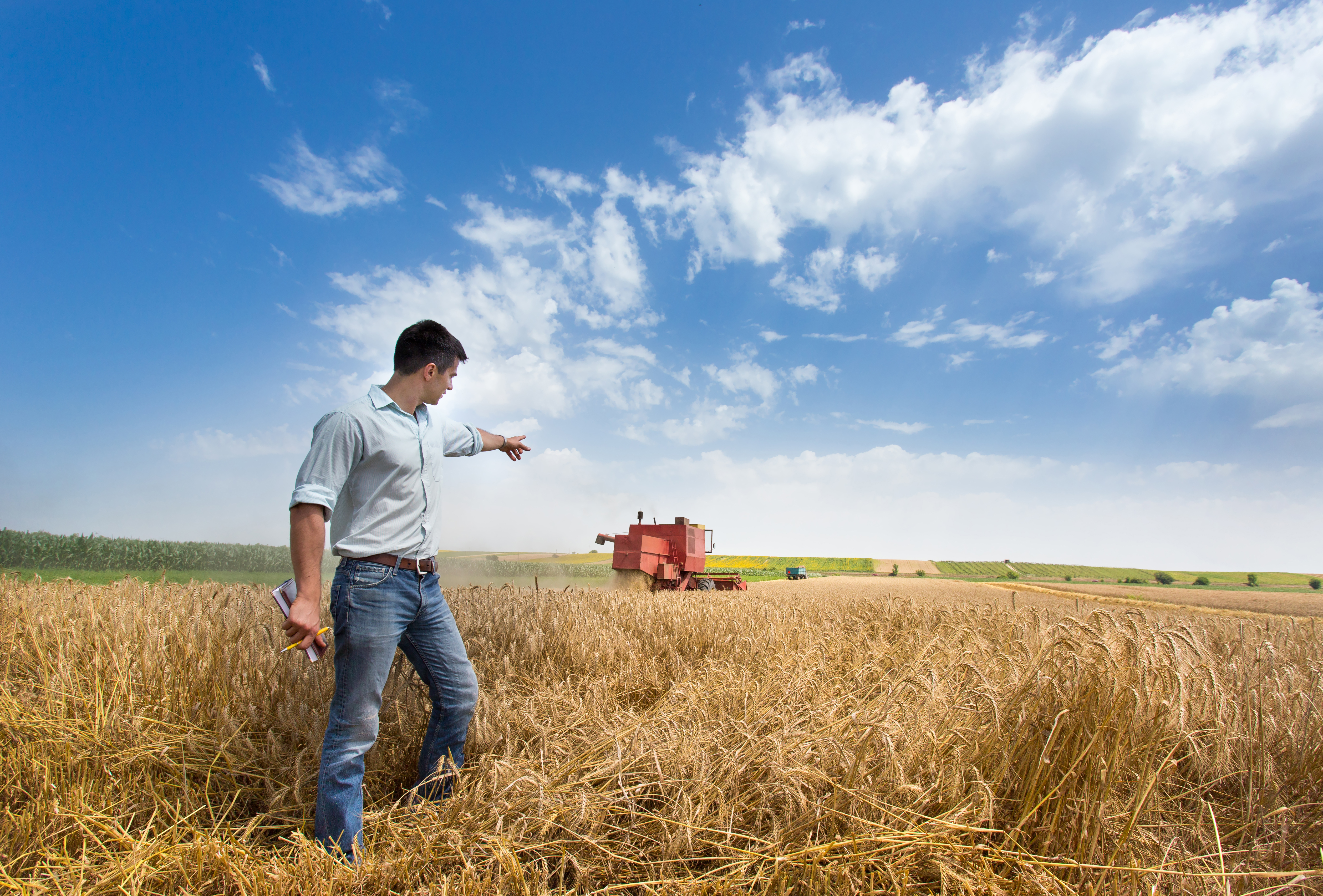 Second, some environmental advocates are rightly concerned that regenerative agriculture can become the next industry buzzword before it has any true meaning, making it more of a marketing tool than a weapon in the fight against climate change. Much like the designation “all natural,” which has no actual meaning in food labeling, regenerative agriculture, without regulation and certification, can become a hollow term that denotes some vague environmental contribution but lacks standards.

For Ben Lilliston of the Institute for Agriculture and Trade Policy, “Where the rubber meets the road is in the specifics. Are they going to pay farmers more money to raise crops or animals in a different way? And if they have to make changes, or don't meet their targets, what are the repercussions?

“The big question is whether the push for regenerative practices by some of the world’s biggest food companies will be effective at reversing climate change — or if it’ll just help them market and sell more products.”

There’s a term for that. Using environmental messaging to sell products that do little for the environment is called greenwashing.  So, yes, regenerative farming is exciting and can change the way people, brands, and the planet all interact. But it’s what manufacturers make of it over the next few years, and it has to be more than a marketing ploy.  They must clearly define the standards and goals they are enacting, and must clearly establish its efficacy.

Otherwise it’s just, as one Washington State University professor quipped, the “cold fusion of agriculture.” But with marketing. 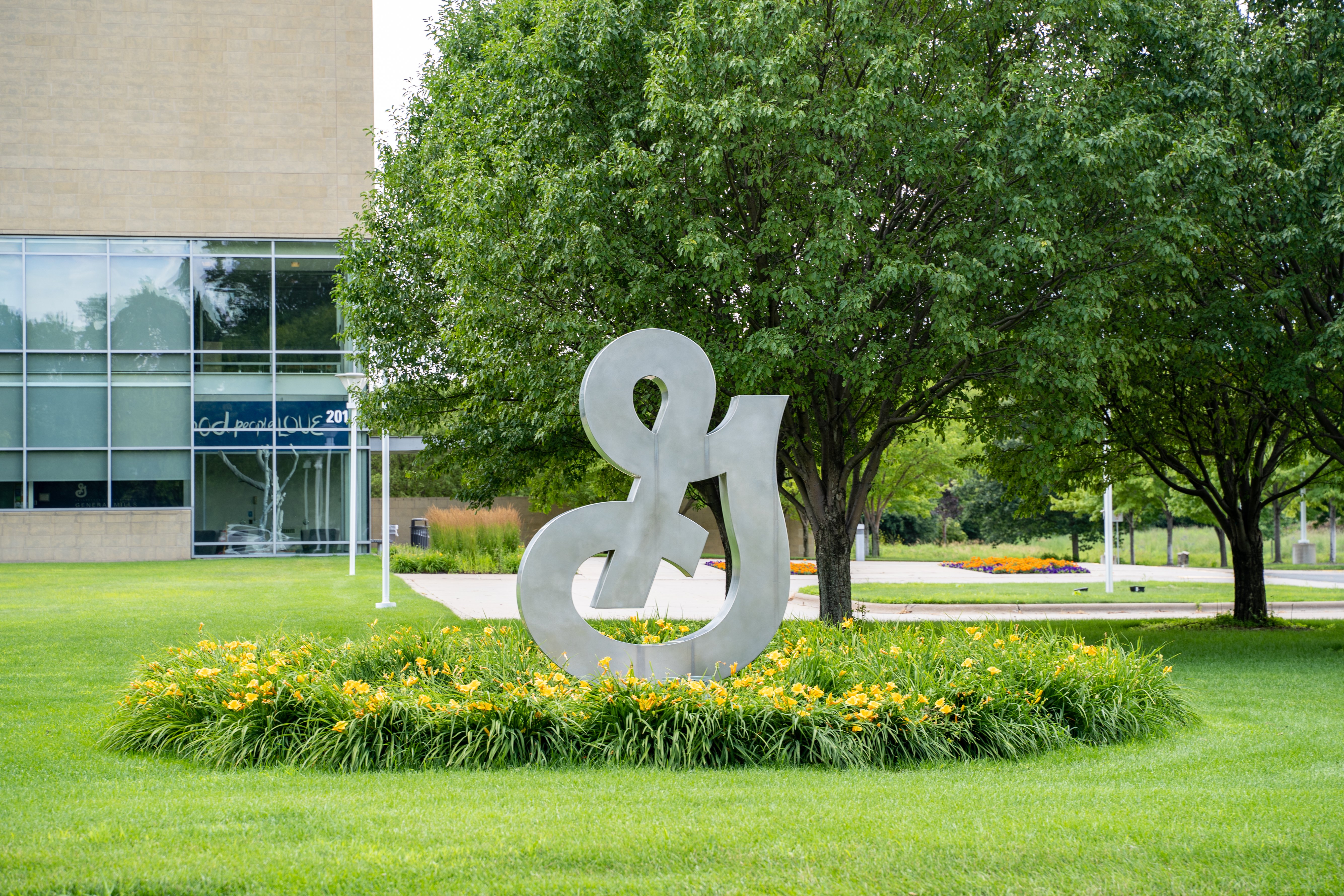 General Mills is on board, committing to converting one million acres (roughly one-quarter of its land sources) to regenerative farming, producing oats, wheat, corn, dairy feed, and sugar beets for their many food products.

And, perhaps most importantly, they are beginning to outline what exactly this means to the actual farmers: General Mills will subsidize farmers to convert their land to the practice, provide monthly one-on-one coaching, sponsor soil sampling, and testing, and even help farmers create a custom transition plan to hit targeted outputs and deadlines. Of course, we haven’t seen the fine print and numbers on all this, but we take General Mills at their word that they are committed to the transition and their 2030 target.

But still, that sounds like a lot of money to be throwing into the process, but, in the long term, this makes sense. First, again, the clock is ticking and for a company producing food stores, keeping the soil viable is clearly a top priority. Second, General Mills is hoping that once the regenerative principles have been implemented, farmers will save money on fertilizers and pesticides that can be eliminated or greatly reduced with the more soil-friendly practices.

Danone, Land of Lakes, Kellogg, and Nestle are also exploring similar pledges. Down the line, as Big Food begins to incorporate regenerative practices into their sourcing, consumers may balk at increased prices, but for General Mills and the like, it may be the only option available. This means that companies with an eye toward the future have to at least be considering repairative and regenerative agriculture or get busy figuring out how to grow crops without soil.