Taco Bell sure knows how to ring. Pre pandemic, they came up with the Taco Party, and now, behold, the Taco Pass.

Introduced in 17 Tuscon-area locations, the subscription pass—which costs between $5-$10 per month in its pilot stage as they figure out the right price point—entitles customers to one taco per day for 30 days. Customers will have plenty of choices. It’s not just the entry-level crunchy beef taco on offer here, but rather an entire stable of taco textures and tastes.

Indeed, each day Taco Pass holders can choose from any of the following options:

For anybody doing the math at home, the most expensive tacos available to Pass holders cost $1.99 each. So, if one were to buy one DLTS (my newly invented abbreviation for the Doritos Loco Taco Supreme) every day for 30 days, it would cost $59.70 before tax. For a Pass holder, this means that nearly $60 worth of tacos are available for an upfront fee of $5 to $10. That, my friends, is a value proposition.

So, is the Taco Pass a PR move or a genuine exploration (and potential evolution) of new purchase models? How do they hope to succeed where other QSRs have already failed? What lessons can they learn from Panera’s recent successes? And why is the concept of a taco subscription already tempting your humble blogger? 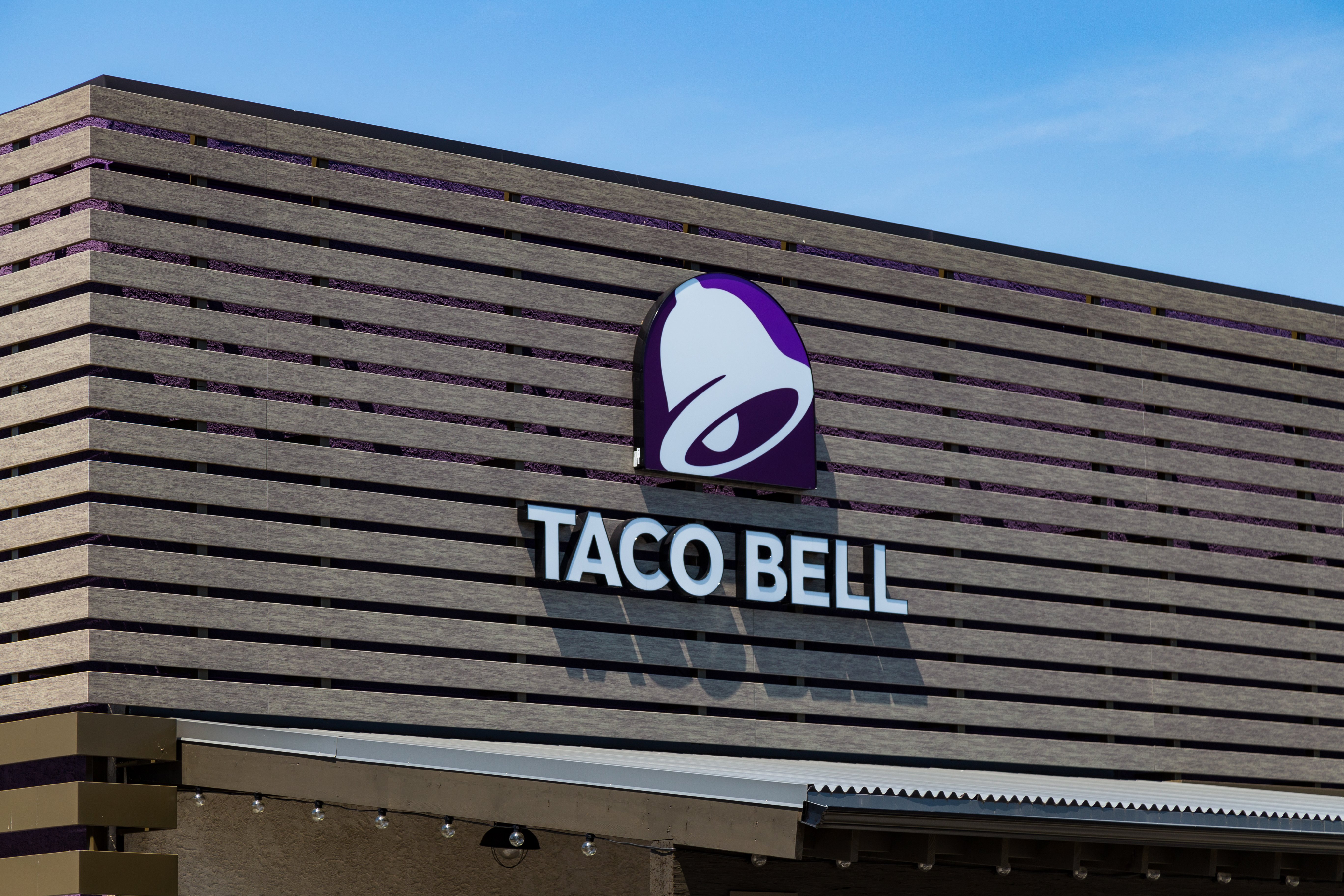 While Taco Bell is no stranger to the conspicuous PR move, it feels like this program is a genuine pilot exploring the viability of a taco-based subscription model, not just an attention grabber.

Available only through the Taco Bell app, the program is currently being tested in 17 Tucson-area locations. This is not a nation-wide flash in the pan aimed at social media engagement (though they are getting that too), it is a targeted exploration of logistics, marketing, and revenue models.

The program has two primary goals, one short-term and one long-term.

In the short-term, Taco Bell is monitoring the pilot program to gauge just how big of a loss leader this program can become—will customers come through for their lone taco every day, or will they add other munchies to it? Can a subscription pass drive traffic and sales? Taco Bell is no doubt pouring over reams and reams of market research and data streams as it monitors this Arizona experiment.

In the long term, Taco Bell wants to encourage app downloads and engagement. It’s no accident that this offer is only available through the app, or that Taco Bell describes it as “a digitally exclusive offering that gives fans the chance to satisfy their taco cravings every day for 30 days.”

We’ve written extensively in the past about the utter necessity of QSRs getting people into the habit of using the app for off-premise (and on-premise) orders. This helps them cut out third-party delivery, lowers overhead, and allows for targeted marketing and promotions.

Any QSR that wants to build towards future viability must find active strategies to incentivize app adoption and engagement (unless your name is In-n-Out). Taco Pass helps get them there. 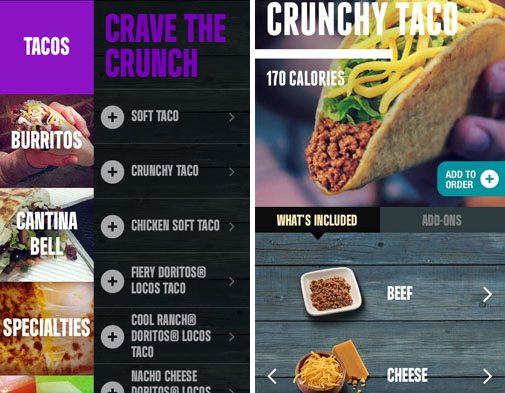 Rule One of a Subscription Plan: Know Your Subscribers

Of course, despite what many writers think, New York is not the United States—what flies there may not get off the ground in New Mexico.

Yet, according the survey, the subscription model was most popular among people between 18 and 24 years old and least popular among seniors 65 and older. This makes sense. Young people are typically more cash strapped than their elders and are already digitally literate enough to not blink twice at the prospect of app-based ordering. The same is not true for seniors who are likely intimidated by online ordering..

Also, a lot of the 18–24-year-olds living in New York weren’t born there. This seems to be more of a generational distinction than a regional one.

Taco Bell knows who it is appealing to with this plan—they are trying to rope in stoners, starving artists, and influencers. Basically your typical 18-24 year old. 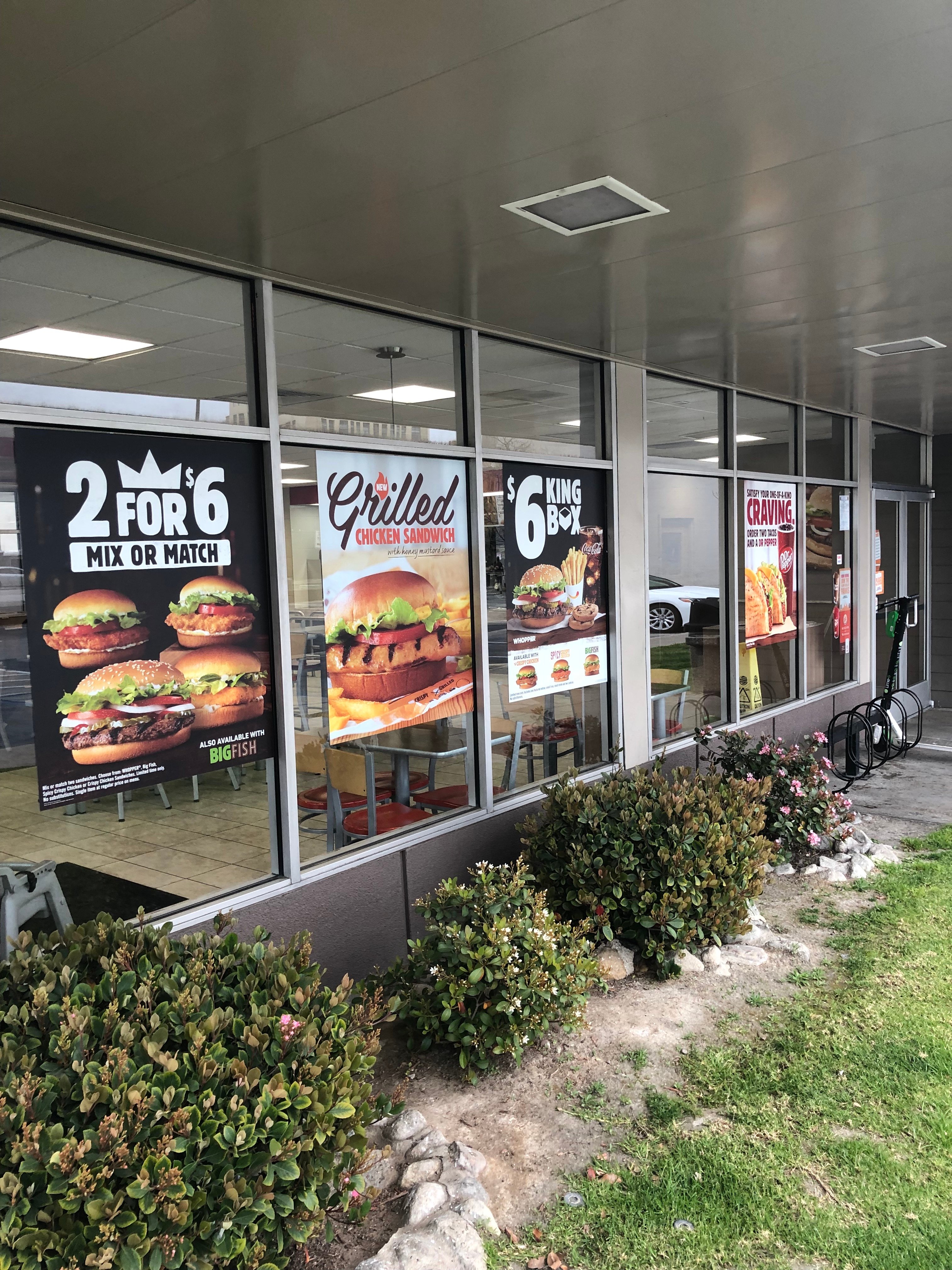 They are not the first QSR to try a subscription plan, and fast casual and even casual dining restaurants have also experimented with the concept.

Let us not forget that in March of 2019, Burger King debuted an app-exclusive coffee subscription plan aimed at increasing restaurant traffic during the breakfast daypart. For $5/month, customers received one small, brewed coffee every day. Just like the Taco Pass, this plan aimed at driving traffic and app enrollment and engagement.

Unfortunately for Burger King, our market research blog at the time has proven accurate—the program failed to move the needle and, two-and-a-half years later, Burger King still lags behind in breakfast traffic and app enrollment.

But there is a serious audience and affection gap between Burger King coffee and Taco Bell tacos. Burger King’s plan aimed at value-driven consumers who would replace their daily Starbucks trip with one to Burger King. Value was the only part of the value proposition—“you have to get coffee anyway, so why not get it cheaper at Burger King?”

Taco Bell’s, on the other hand, builds on brand affinity and affection. People already love the Tacos. Sure, it’s a somewhat ironic and self-effacing love, but it is love nonetheless.

Taco Bell tacos are iconic’, Burger King coffee is not.

This is particularly true among younger consumers who, according to the aforementioned survey are the likeliest demographic to be interested in subscriptions. Let’s just be plain about this: stoners don’t crave coffee in the morning, they crave tacos at night. Gen Z doesn’t want a daily fast-food cup of coffee. Though I do not have the market research in front of me, I’m going to bet that a cohort of 18-24 year olds will favor a taco subscription over a coffee one.

Among this demographic, Taco Bell is already kind of king. 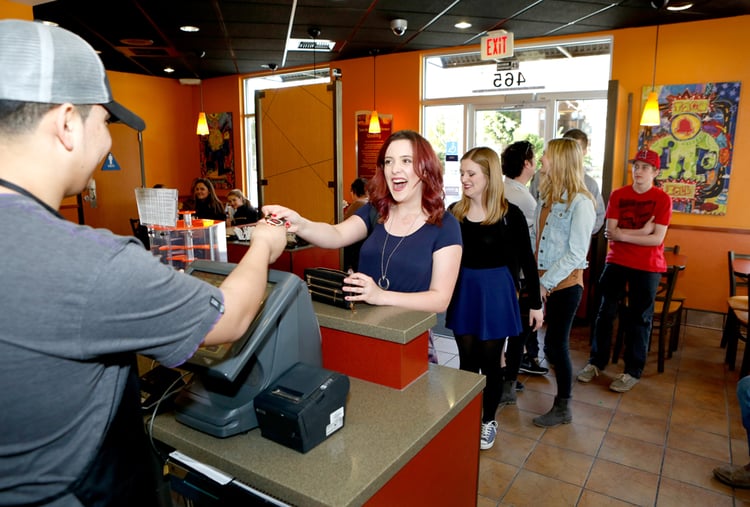 The same is not true for fast casual, however, which courts a slightly older, slightly wealthier, slightly less stoner consumer.

Consider Panera, which launched its own subscription plan in early 2020; despite pandemic shutdowns, the program has proven a sustainable success.

For $8.99/month, customers can have any size or any flavor of coffee (or tea) they want…every two hours. Yup, that’s right: this isn’t some once-a-day kind of subscription, it allows for multiple trips per day. The typical Panera is open from 6am to 10pm, a total of 16 hours. That means that, with this subscription plan, a typical customer could theoretically receive 8 large coffees every day…for $8.99 a month.

Obviously eight large coffees every day is more than one small coffee every day—the value between the Panera and Burger King coffee subscriptions cannot even be compared.

The program launched in February 2020, and by October Panera had enrolled over 500,000 paying subscribers. According to the restaurant, 35% of subscription redemptions came with food orders attached to them, meaning that 35% of the time a customer went into claim their subscription coffee, they added food to the order. That, right there, is the definition of a loss leader.

Furthermore, 35% of enrollees were entirely new customers who had not eaten at Panera before the offer. Though their consumer base is different, this is the type of subscription program Taco Bell wants to emulate.

But how can we explain Panera’s successes, Burger King’s failures, and Taco Bell’s hopes?

Like all things marketing, it comes down to the right offer for the right consumer at the right time.

In order to build a subscription program around a loss leader, restaurants must zero in on the correct product. Obviously, this decision should not be taken lightly and should never be made without a robust food service market research program. Methodologies that allow businesses to access their ideal and actual consumer bases like panel surveys and voice-of-the-customer programs are an absolute necessity.

Such programs no doubt told Panera that their consumer base would be animated by the opportunity to save big on their deep roster of coffee and tea offerings. Ditto for Taco Bell with Tacos—these are the products customers have already come to associate with their respective restaurants, and are the types of things that get consumers to start planning their day around redemptions.

Additionally, market research programs tell companies how to market their subscription model. Here, Taco Bell is already aces: even when they are borrowing from other QSRs’ playbook, it somehow seems novel and exciting as opposed to desperate and derivative.

Market research has also told restaurants like Buffalo Wild Wings and BJ’s about the types of products they could offer in a subscription model (wings for BWW, beer and pizza for BJs). Casual dining subscriptions are a whole different animal (one we will likely blog about in the near future).

But for now it is enough to point out that if you are selling a subscription, it better be for products customers already want. Otherwise, your loss leader is simply a loss.