Bored with digital technology, it seems that millennials are picking up board games.

Among families and friends, millennials have been rediscovering the pleasures of tabletop board games for a few years now, but with predictions of an already robust market more than doubling in value by 2021, everybody, from game manufacturers to bar and café owners, are looking to make like Mr. Monopoly and cash in.

So, pull up a chair and roll the manufacturing market research dice  as we go around the board to understand the origins of this analog renaissance, the broader lessons it can teach us about retro and nostalgia trends, and the ways that other industries are capitalizing.

Risk’s Business is Not Risky 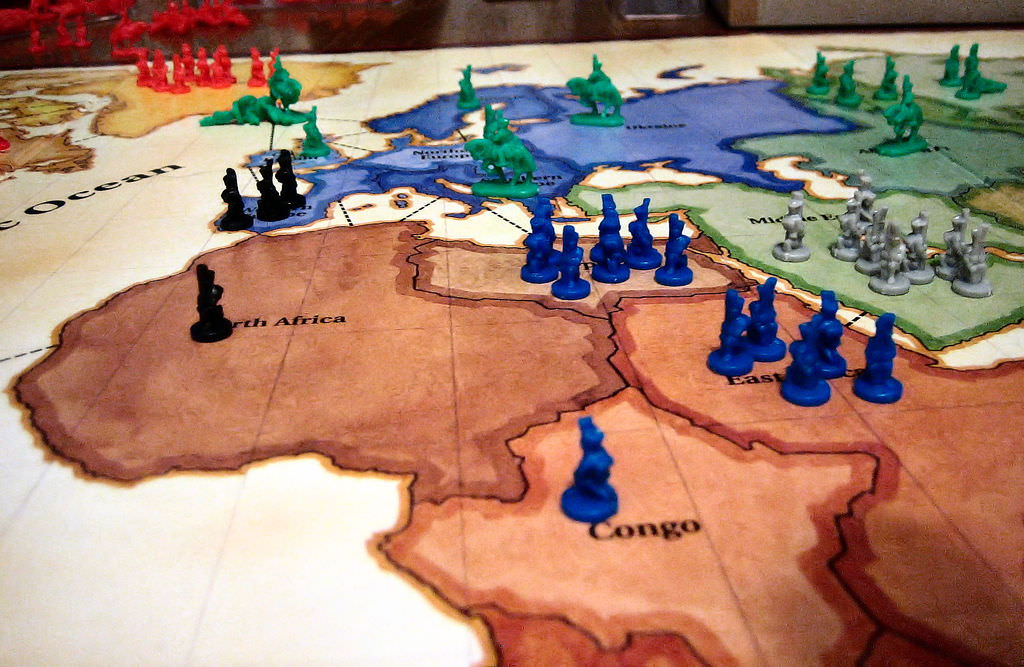 Hasbro, president Jonathan Berkowitz knows his company, makers of Risk, Battleship, and Monopoly, is on a roll: “The gaming industry is doing very well right now. We’re continuing to see popularity grow for all types of face-to-face games. With classic favorites such as Monopoly and Game of Life and new, social games such as Chow Crown and Don’t Lose Your Cool we are confident this momentum will continue.”

And it really is all different types of games. Indeed, in addition to rediscoveries and new releases, game makers are rewriting the rules of some classics to address shifting sensibilities and tastes.

Consider Risk Legacy, a finite version of the formerly infinite game that combines the pleasures of our binge watching Netflix culture with the classic game’s structure. It’s a bit complicated to explain to the uninitiated, but essentially the legacy version is far more elastic, shaping itself to the players assembled.

The same group of friends (and enemies!) engage in multiple games and, with each game, the rules evolve until, ultimately, the game ends with one true champion. At that point, the game is expired and can be discarded. This brings a continuity and a finality to the formerly unconnected and expiring original version.  Hasbro really put in the market research, and understood how to tailor the game to contemporary trends.

But we are getting ahead of ourselves—we could talk about games (both foolish and board alike) forever. We need to go back a few spaces and consider the origins of the big bad board game boom.

Are You Talking to Me? Well, I’d Like to Talk to You…or Anybody

First, there is the sociability of board games, of being gathered around a table, often with adult beverages (yes, even when the kids are playing), interacting face-to-face. This is undoubtedly board games' greatest draw.  People want ways to feel close to one another, and board games offer us a basic set of rules and a script; where we take it from there is entirely up to us.

Think about this year’s modest blockbuster comedy, Game Night (“Yeah, baby, that’s not Denzel!). In the movie, a ragtag group of friends and acquaintances find their weekly game night murder mystery party has become an all-too-real murder and mystery. Game nights underpin and nurture the film's friendships, providing a shared experience that doesn’t require each person shove their face into a digital screen. 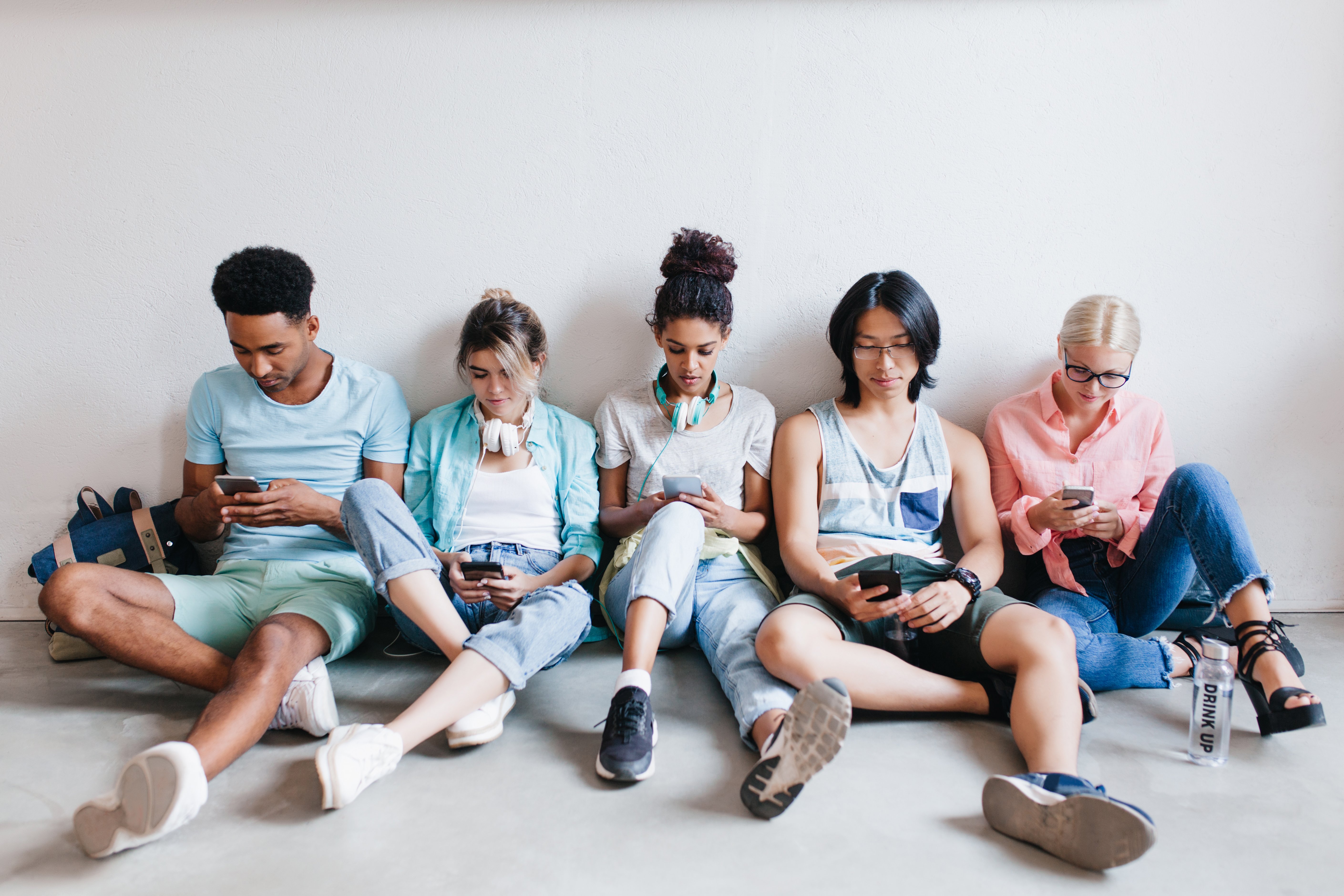 Sure, there are Fortnite parties and the like, but there is something to be said about eye-to-eye contact, chatter, trash talk (you gotta bring the trash talk!), and, again, the occasional to semi-frequent drink of your choice.

Paul Booth, professor of media and cinema studies at DePaul University, recently published a book on the phenomenon, Game Play: Paratextuality in Contemporary Board Games. He offered a layman’s explanation for the resurging interest: “There is something very human about sitting around with other people for an extended period of time and all working together on something. You could be competing or cooperating, but you’re all focused on the same thing.”

This is America, everything is a competition, life’s a competition—granted. But sometimes we need a break from these realities. And increasingly, the most popular games aren’t zero-sum ones. Sure, many board games still have a lone winner, but things are not always so black and white.

Neo-classics like Pandemic and other Euro Style games are cooperative, requiring the table to help solve a world-smothering infectious disease (sounds like Model UN). Even games that have a winner, such as the best-in-class Settlers of Catan, nonetheless require cooperation, interaction, and negotiation—social skills we do not sharpen as frequently in the digital age.

The game’s managing director knows this is a key differentiator: "It requires social skills to play cleverly. It's a game that is characterized by creating win-win rather than a zero-sum situations.”

Memories of the Way We Were 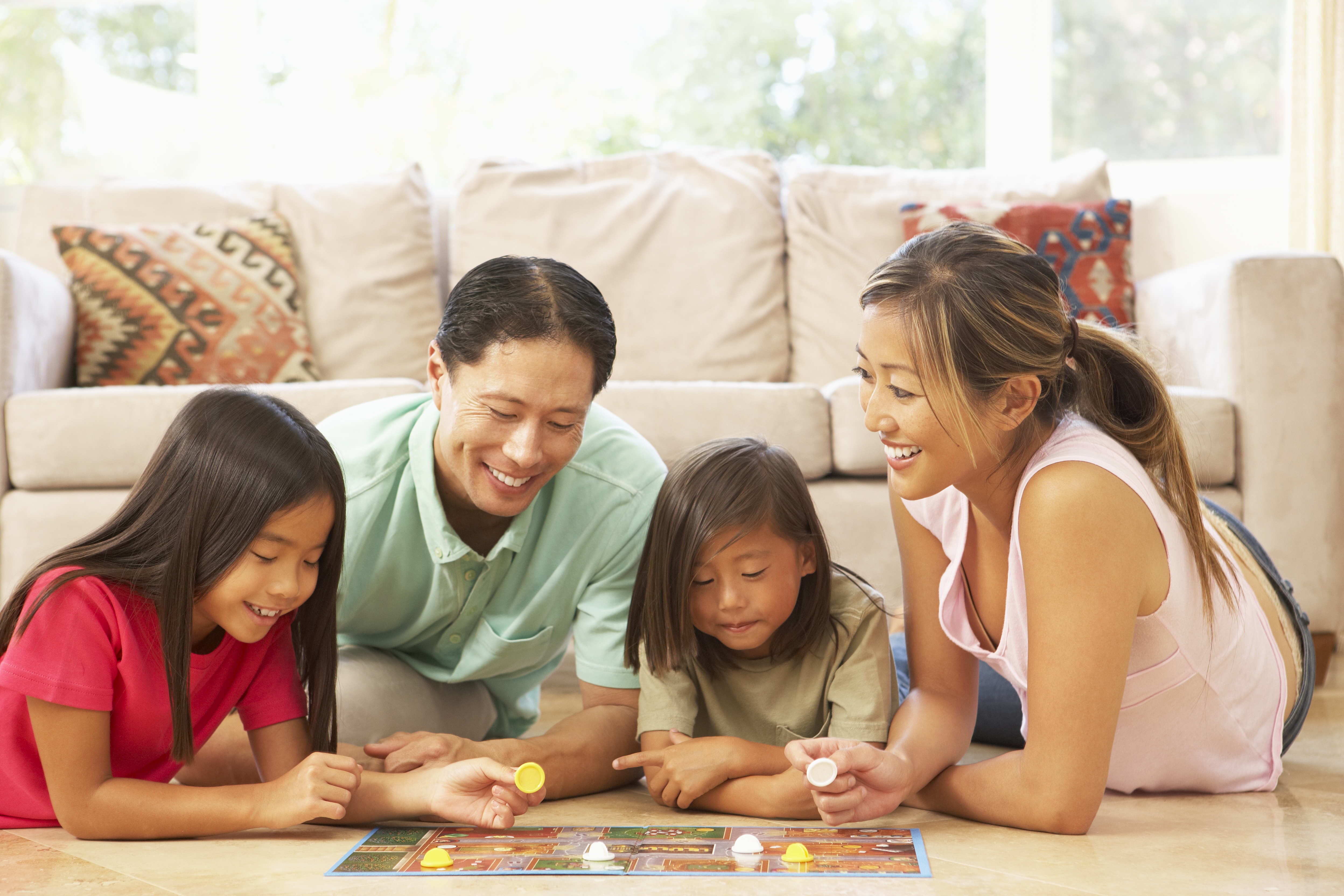 Memories of these kinds of social interactions lead us to the second driver behind this trend: nostalgia.

Increasingly, people (yes, millennials) are looking for the original IRL, old-school version of what is now commonly digital—we see this in the simultaneous rediscovery of vinyl, hardbound books, and even instant cameras.

Every time something goes from analog to digital (Alexa is regulating this blogger’s lights and thermostat), there seems to be a counterstroke, a retreat to the analog (or the analog girl in a digital world!).

A lot of this is related to identity as millennials struggle to tangibly identify themselves in a world increasingly characterized by binary codes, zeros and ones.

And where better to turn for that than one’s childhood experiences? Sure, millennials have at least two devices within five feet of them at all times, but it wasn’t always this way. Before the iPad, they were playing Chutes and Ladders, Guess Who?, and Candyland.

Indeed, the millennials have gone from Candyland to Candy Crush and back again.

And it’s not all or nothing--the iPad is still great to pop in front of the kiddos on road trips and at restaurants, but our digital excesses sometimes threaten to bankrupt our family time. So it is that families across the nation are unplugging for a few hours and debating who gets to be banker in the next game of Monopoly. (Unrelated question: did anybody else always cheat when they were the banker? It’s Monopoly, a metaphor for plutocratic capitalism if I’ve ever seen one—isn’t it more realistic when the banks cheat?).

Offering the chance to create memories and reinforcing bonds with family and friends, to rediscover the simpler pleasures of a simpler time, and to save on all those darn in-app purchases the suckers among us can’t seem to resist, board games are, as Target’s SVP of merchandising put it, “booming.”

True story: my aunt once threw a Pictionary board off a third-floor balcony after accusations of cheating escalated into questions about her honor.  And my 15-years-old-at-the-time babysitter used to chronically cheat at Candyland—there’s no hiding from the shame, Marcia! When I think about either of those memories, I smile and laugh my blog-writing butt off. Those are those extra special kind of memories parents are looking to recreate with their children, though perhaps not quite so contentious as mine. 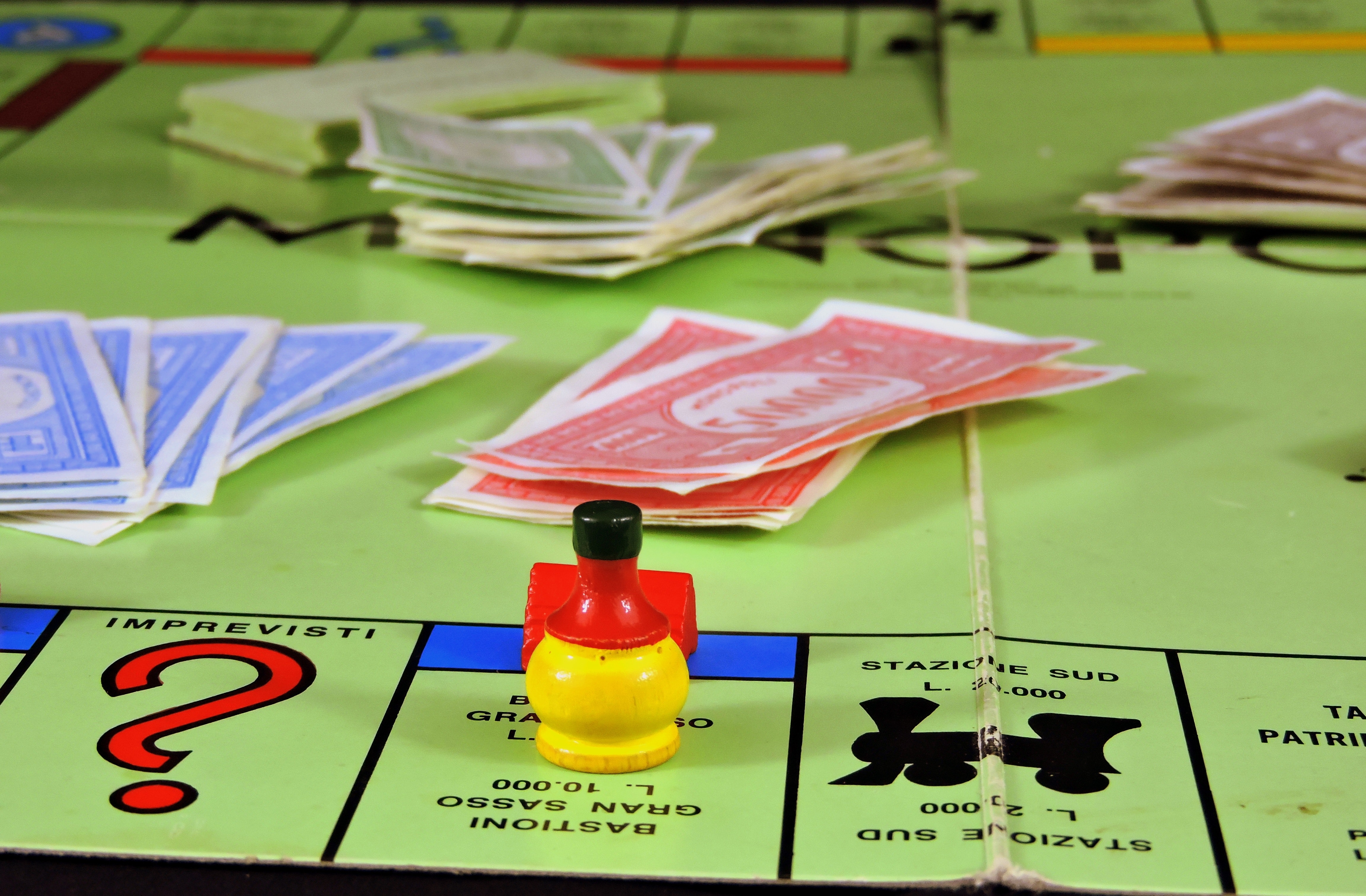 Industries beyond game manufacturing are capitalizing on the interest, particularly bars and cafes, which have put in the food service market research and now serve some coffee and beer to the Settlers of Catan. Indeed, purveyors of caffeine and cocktails are amassing libraries of games. There is good reason for this—according to Mintel, roughly 30% of millennials are interested in playing board games in such an establishment, and, well that’s a lot of beers and cold brews.

One bar owner, Brian Slaught of Burbank’s Stony Tavern, says that his game room hits capacity several nights a week: “We saw that there was a desire for that kind of entertainment.”

The Games We Will Play

Of course, these games are small potatoes compared to the global media empires that have blended the analog with the digital.

Think how Pokémon has figured a way to bridge the analog and the digital, continuing to offer its incredibly popular IRL cards while also releasing the smash video games and even a mobile version, Pokémon Go. And they are the largest media company in the world (there’s even a live action movie coming soon to a theater near you).

But that doesn’t mean every table top game should be a movie or a built-out universe. Some should just settle for riding this nostalgic wave. Right, Battleship?