Cannabis and Grocery? What the Grocery Industry Market Research Says

Grocers can’t wait to go green, and not in the environmentally-friendly sustainable way we all think. No, grocers are hot to trot when it comes to cannabis.

As we pointed out in our recently-released 2019 Cannabis Industry Report, in the near-future cannabis will be liberated from its confinement to dispensaries, increasingly intersecting with retail and grocery.

And for some, that future can’t come quickly enough.

But with federal prohibition still the law of the land, and state regulations representing an asymmetrical patchwork of ordinances and restrictions, in what form and on what timetable can we expect this eventuality?

Well, smoke ‘em if you got ‘em (if that’s your thing), because we are putting in the grocery industry market research to explore the future of grocery store cannabis, the hurdles it must overcome, and the pathways to profitability some are already exploring.

Whole Food’s CEO, and longtime advocate of recreational cannabis legalization, John Mackey is one of those people waiting with bated breath for legalization across the board. He recently volunteered the following when asked an unrelated question, “If cannabis is ever passed in Texas, chances are good that grocery stores will be selling that too. You just never know what happens over time with markets. They change and evolve.”

That’s as declarative a sentence as we are allowed in corporate speak, and it is clear that Mackey sees cannabis as part of Whole Food’s (legal) future.

As a side note, Texas currently is a total buzz kill, only allowing medical marijuana for people suffering from intractable epilepsy—any modification to this status quo will take at least two years and probably more.

Yet, Whole Foods, more than any other brand in the Amazon Echosystem (yes, that is an intentional Alexa pun) seems to go great with cannabis sales. Can’t you just see them selling high quality cannabis products and niche alternative products to their upper-middle-class clientele. Cannabis kombucha, organic natural Whole Foods flower, marijuana macaroons…the possibilities are endless.

Indeed, Whole Foods even listed “hemp-derived products” in its annual food trends list, noting the products are “going mainstream, if not by wide distribution, then by word of mouth.”

But, like anybody who has done their market research, Mackey knows that, absent new laws, Whole Foods will have to wait to get the nation high: “Let’s see what happens with the market and government regulations over time, “ he said.

Even with federal sanction, however, it is unlikely we will see cannabis sold in grocery aisles anytime soon (there’s a simple reason for this: they allow kids into Whole Foods).

But, as we will soon discuss, there is another way.

But even as we anticipate federal legalization, let’s not get ahead of ourselves—let’s instead take a clean, deep breath before we all start dreaming of the products and profits that can come from grocery cannabis sales.

As we observed in our 2019 Cannabis Industry Report, legal change is incremental and the public’s appetitive for such a change is equally so.

First, consider the simple fact that, of the 10 states (and DC) that have legalized cannabis, exactly zero of them have legalized its sale within grocery stores. Zero. Grocery stores are a family space with shopping carts that look like race cars.

Second, as Greg Miller, director of cannabis investing research for Money Morning, pointed out, the very legislators and bureaucrats now charged with regulating the burgeoning cannabis industry are the same individuals who only recently were deeply invested in fighting a war against legalization in any form.

Sure, we live in a democracy and all, but it’s a tough ask—even if they acquiesce to the people’s will, they are likely to take their time establishing the legal framework and granting licenses for people to operate within it. And they are certain to be strident when it comes to cannabis and kids.

But there is a difference between slow and not at all, and there are signs all around us that we are already on a pathway to legalization.

For what it’s worth, your humble blogger just returned from Coachella Weekend 2 (this time for love!) and, if the desert’s youthful influencers are any indication where the culture is going, it’s all going to pot. The ‘when’ and the ‘how’ many be uncertain as of yet, but the ‘what’ is clear—cannabis will be federally legal for recreational use at some point.

And many are already anticipating this eventuality.

Heck, Martha Stewart is now into it to (that friendship with Snoop Dogg must really have flowered!). She’s working with Canopy Growth Corporation in an advisory role to develop new lines of products for both humans and animals.

And on the legal front, Representative Earl Blumenauer laid out a step-by-step process for federal legalization.

How will this unfold? As Ken Harris, managing director of Cadnet, observed, “The process will be slow at first and regulated by the states. Some retailers will exhibit a lower threshold than others to stock the items based on consumer receptivity.”

Here, our history with alcohol legalization may prove instructive. Though alcohol is federally legal and thus can be shipped and sold across state boundaries, alcohol laws remain a patchwork of local and state ordinances. Of note, some states, cities, townships, and parishes forbid alcohol sales within grocery stores, confining them to dedicated liquor stores entirely separate from grocery businesses. Some counties are entirely dry.

Buying booze in Salt Lake City or DFW is thus a far different (and, for an outsider, perplexingly difficult) experience than picking up a handle at the local grocery store like we do in southern California (true story: I was required to buy a hot dog at the Salt Lake City airport in order to get a beer pint).

Regardless, in states that prohibit alcohol sales at grocery stores, grocers have found a fix: they operate adjacent, dedicated (and legally compliant) liquor stores. It is likely that we will see cannabis sales penetrate grocery in the same way, with next-door locations selling only cannabis, remaining compliant with operating restrictions, but nonetheless enriching the grocery store through direct purchase and cross traffic (the munchies are real!).

This separate-but-adjacent model is how it is already playing out in Canada, one of the two countries in the world to legalize recreational cannabis (Uruguay is the other).

Indeed, one of Canada’s leading grocers, Loblaw (anybody remember the Bob Loblaw Law Blog?) is wading into recreational cannabis CBD product sales, but will not be offering these items within their store aisles. Instead, they will keep them behind the counter in their small, already operating, adjacent tobacco shops.

Let the Canadians lead the way.

CBD is already federally permitted so long as it contains less than .3% THC, the psychoactive ingredient in cannabis. This is how DSW can move forward on plans to carry CBD topicals in 96 of their stores, and also the reason that, no matter what state you live in, you have been inundated with CBD products and advertisements.

Soon, they will likely be sold next to omega-3 supplements and other health hack vitamins.

This information gathering session is the first step in a long road to CBD reform, cannabis legalization, and a regulatory framework for both, and the FDA is expected to share findings as early as this summer. 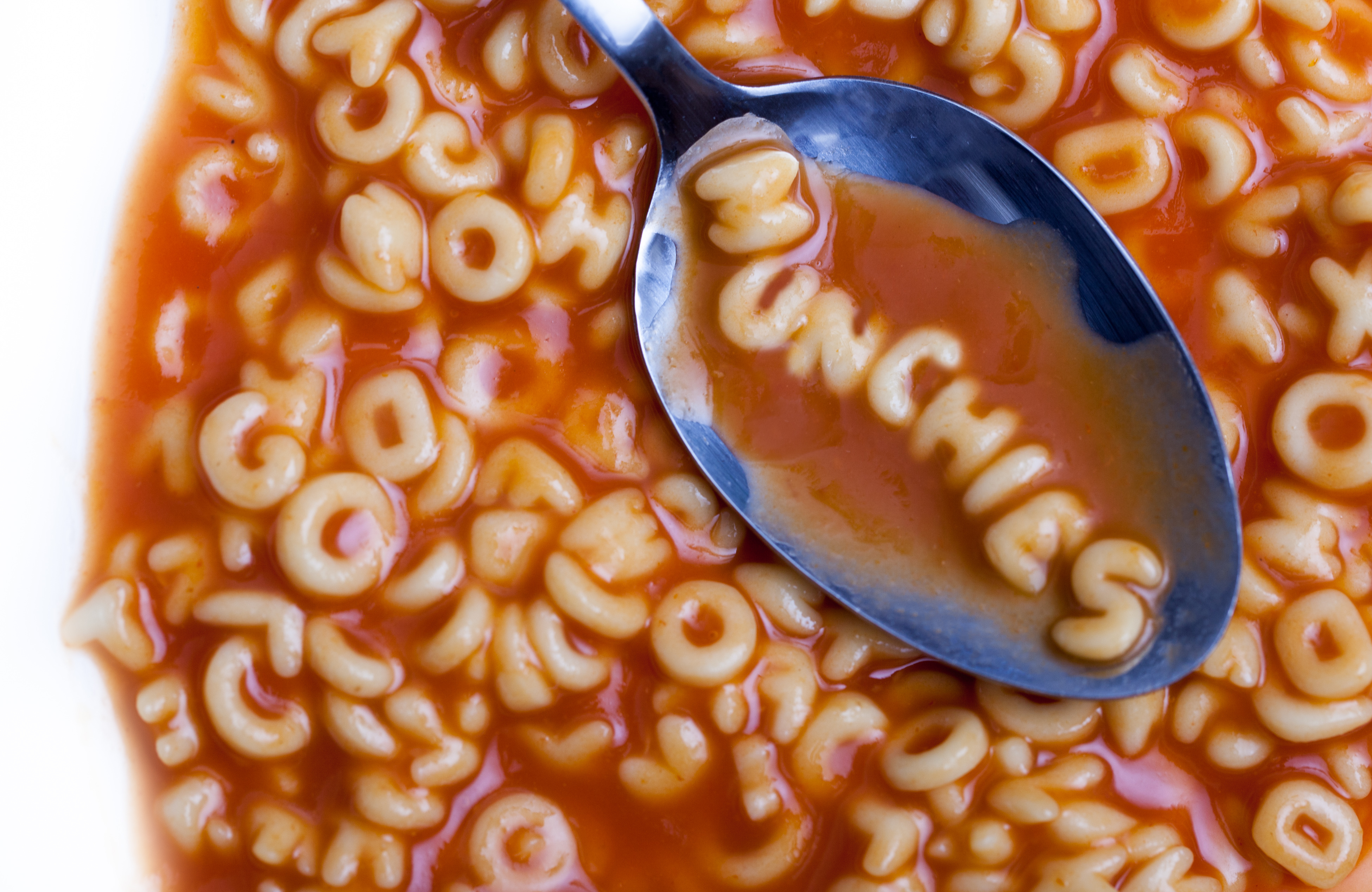 In this wild west of the CPG world, we have already learned some lessons that will prove invaluable before we even get to legalization.

First, and somewhat obviously, cannabis products have higher margins than the green, hairy flowers themselves. Things like oils, vape cartridges, beverages, concentrates, sprays, and edibles are all significantly more profitable than their source, and grocers, of course, are ideally situated to sell these type of consumer packaged goods.

We’ve also learned that legalization isn’t the starter’s pistol it’s made out to be—many CPG companies have extra-legally (if not illegally) already dipped their toes into CBD and cannabis products. “They spilled the wine on the table,” noted Daniel Fabricant, PhD, president and CEO of the Natural Products Association (NPA). “The wine’s not getting back in the bottle.”

And the blunt isn’t getting unburned.

For the time being, grocers like Mackey will have to wait, but the wise ones are already planning for the future. Put in the market research and be ready. 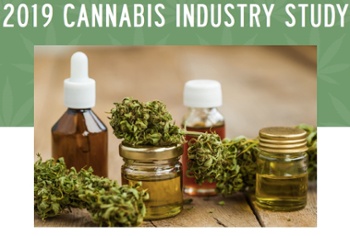