We’ve been thinking a lot about diversity and inclusion over the last year. Our new CEO made it a clear priority when she began her tenure, and we have since joined the CEO Action for Diversity & Inclusion. We didn’t join the Action because it looked good on our website; we did it because it was the right thing to do. Sure, we want our clients to know how much we value diversity and inclusion—it’s part of who we are—but we didn’t join for our clients, we did it for ourselves.

So, here in the final week of Black History Month, we are going to do things a bit differently. Instead of your usual weekly dose of market research, we are going to talk about some of the lessons we’ve learned about diversity in practice, as well as share some responses we received from our coworkers to a recent survey about diversity and inclusion in the workplace.

We are not experts; we are not perfect (or anything close to it). However, diversity is built around conversation and mutual understanding. This blog, then, is our contribution to that conversation. 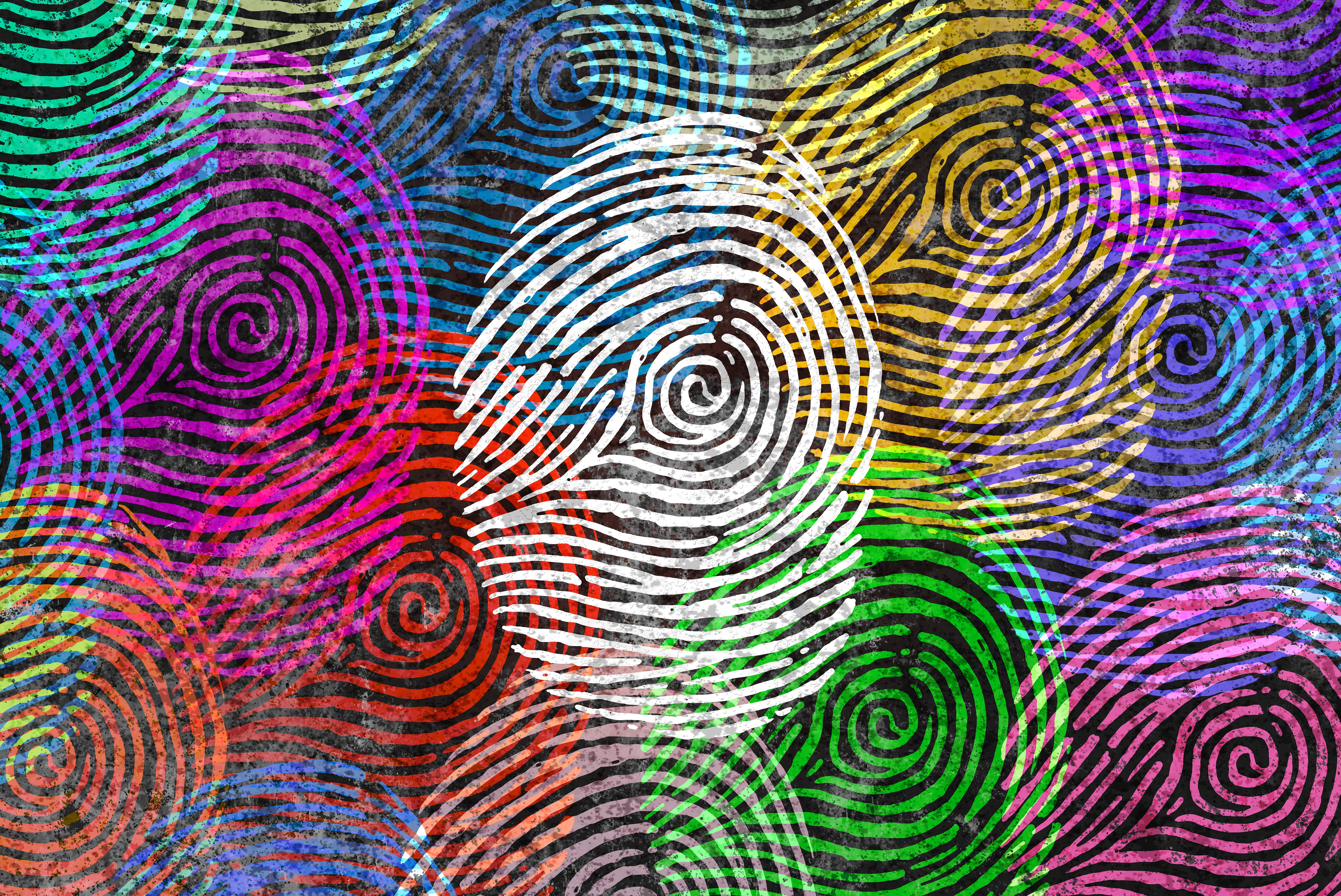 Understandably, there is a lot of trepidation about discussing race, gender, sexuality, justice, and inclusion in the workplace. People are concerned about saying the wrong thing, saying too much, or maybe not saying enough. For leadership, however, this is simply no longer a viable option. Silence is a tacit endorsement of the status quo—even if you are not actually saying anything, it communicates volumes.

People must understand that the company they work for values diversity, not as a boiler plate statement but as a daily practice reflected in its values (and the way it values them). And even if these values aren’t perfectly articulated, they must be communicated.

In response to our survey, one coworker noted the importance of communication.

“First and foremost, this is only one of very few companies I have worked that even brings up this subject,” they said. “And I’ve worked a lot of places.”

“I feel I am blessed to be a part of a workplace where my differences are embraced and respected,” they said.

Sure, the conversations we have about difference and diversity are not perfect, and they may never be. Sometimes they are frightening, but we must call upon our courage and our values to have them regardless. 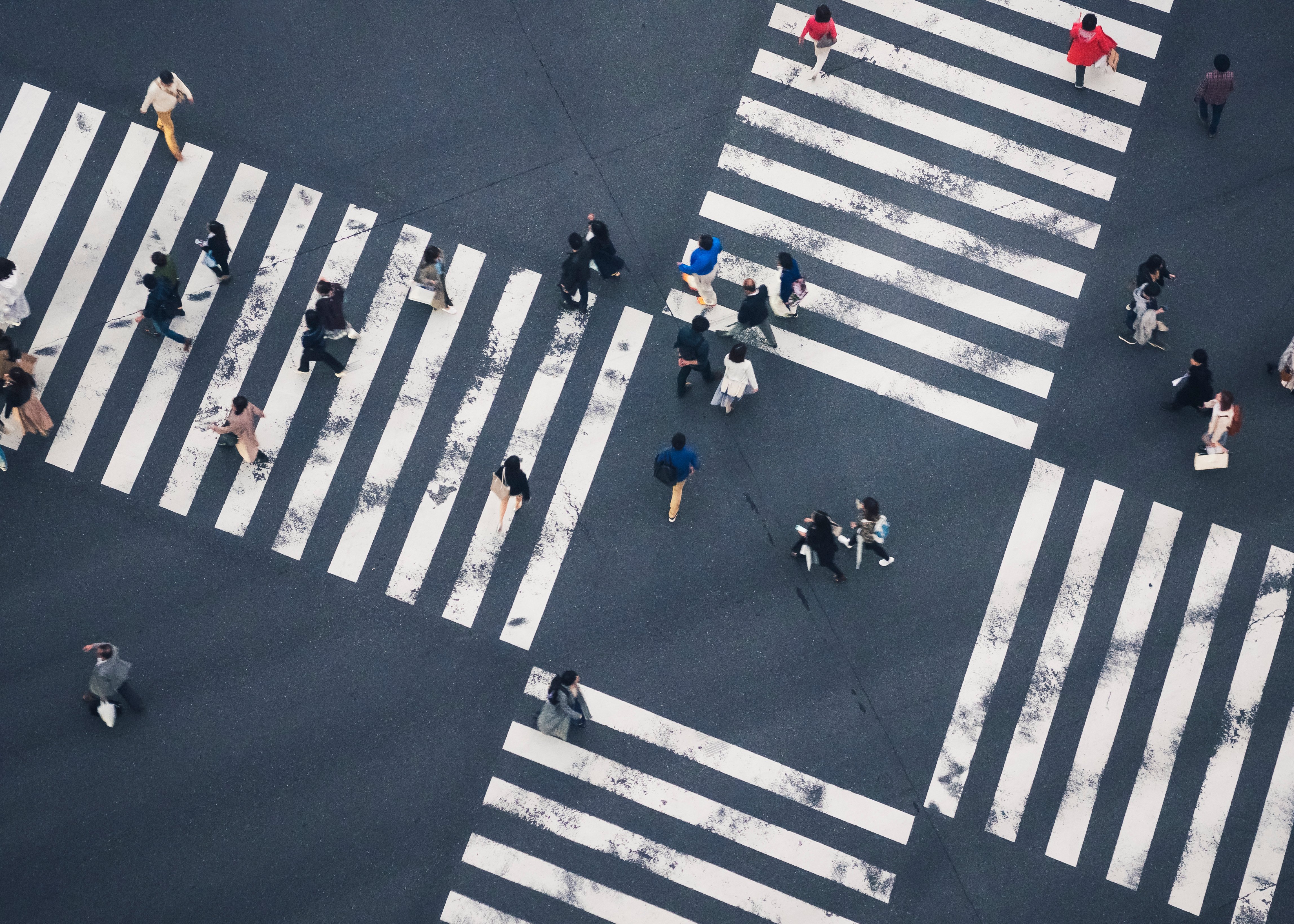 We value accuracy and precision (that’s what market research is based on, after all!) so sometimes we feel like the table must be set before we invite everybody to sit down to eat. But people are hungry. They know who they are and how the world sees them. They’ve spent their life learning it. Simply ignoring this reality doesn’t make it go away, in fact, it makes it worse.

There is no such thing as a post-racial workplace because this is not a post-racial world. Companies that do not talk about race and diversity can tell themselves they don’t have to, because inside their doors (or in their Zooms) there is no such thing as racial difference, and everybody is treated the same. The problem is, nobody actually believes that.

It’s safe and easy, but in committing to saying nothing, companies are telling employees everything they need to know.

So, clumsy, awkward, and uncomfortable as it may be at times, companies absolutely must make space for people to feel seen, and to be heard. It won’t be perfect, and it won’t always be comfortable. It remains necessary.

Lesson Number 2: Not All Perspectives are Created Equal 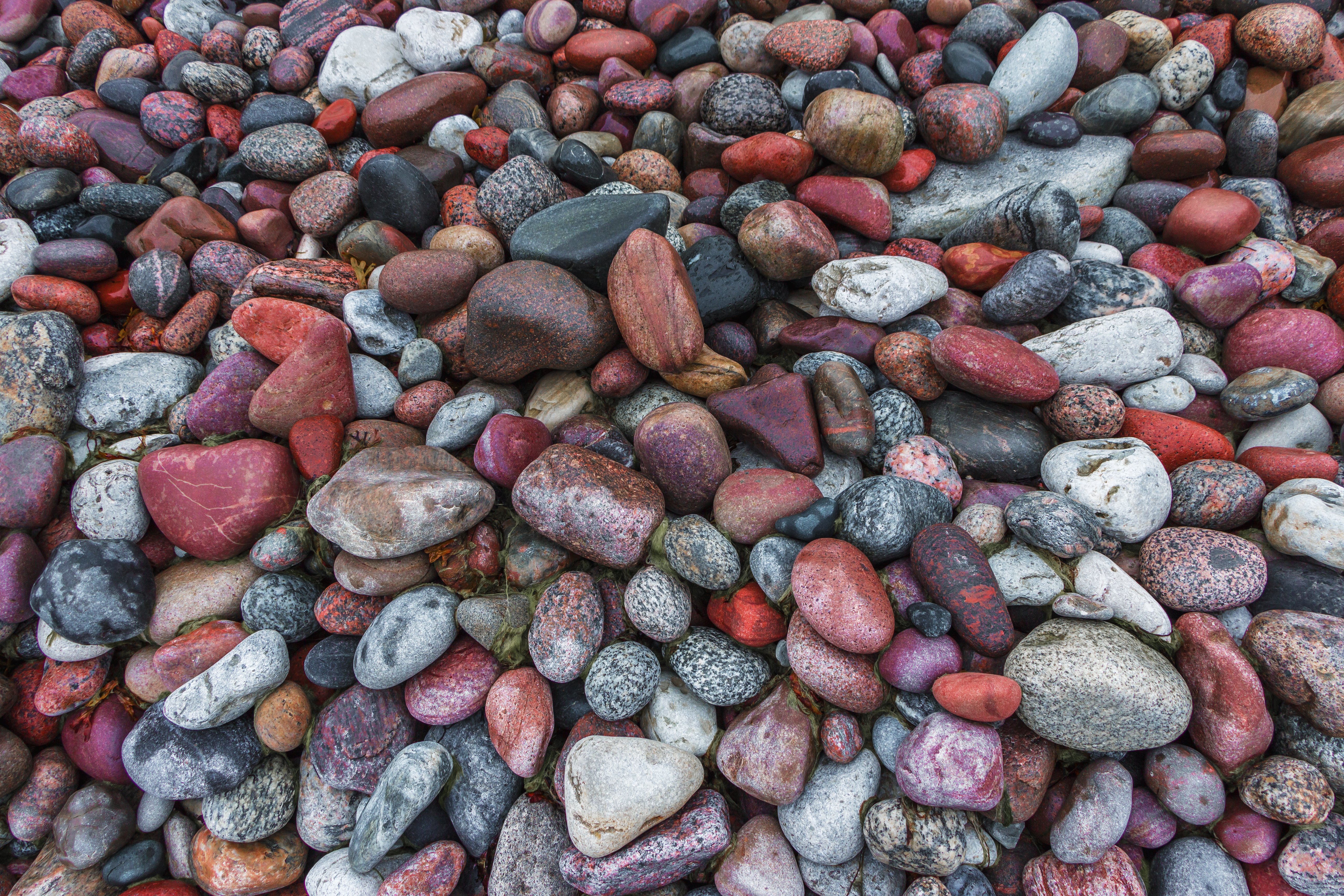 Alas, if everybody is seen and heard, what happens when not everybody agrees? Yeah, we’ve come across this one a few times, and there is no easy answer. Here’s the complicated one: We want people to feel comfortable sharing their perspectives, but there are some perspectives that people genuinely should feel uncomfortable expressing.

Perspectives built on systemic exclusion and violence, for example, must be silenced. We understand the value in learning from one another and teaching people how to engage difference. However, at the end of the day we are a business not a school, we are professionals not educators. No, we can’t make everybody agree that they should use their coworker’s preferred pronouns. But we sure as hell can tell them that, on our dollar, they must and it’s not up for debate. Hopefully they get educated along the way, but this cannot be our priority.

To that end, we’ve been watching the controversy at the New York Times (and now Slate as well), and all we can do is shake our head. Two journalists have lost their jobs for saying the n-word in the context of debating whether or not people should be allowed to say it in certain circumstances.

There is a conversation to be had here about political correctness, policing language, and cancel culture. Here’s the thing: This is NOT the time for that conversation, and work is NEVER the place for it.

The word is hateful and offensive—full stop. More than that, the debate about using the word is, itself, offensive. It equates somebody’s right to explore the boundaries of language with another’s right to peace and safety. In an ideal world, we would hash out these issues in the appropriate forum, disagreeing without being disagreeable. We do not live in that world, of course, we live in the one we inherited. And in this world, asking people to see a conversation about hate speech dispassionately, as though it were a thought exercise and not a burden they carry every day, well, that’s just ugly. It’s a privilege to see hate speech abstractly and not as a violent, hateful reality and, as a company, we must dismantle that privilege.

So, while we value every coworker’s unique experience and perspective, we also understand that the perspectives and experiences of marginalized populations, which have long been devalued, must be prioritized.

Also, just a quick note: We all choose how we live our lives, but if you are going to die on a hill defending a white person’s right to go hard n-bomb…well, that’s between you and your maker. Either way, those kinds of debates have absolutely no place in our company.

Lesson Number 3: The Distinction Between Politics and Practice 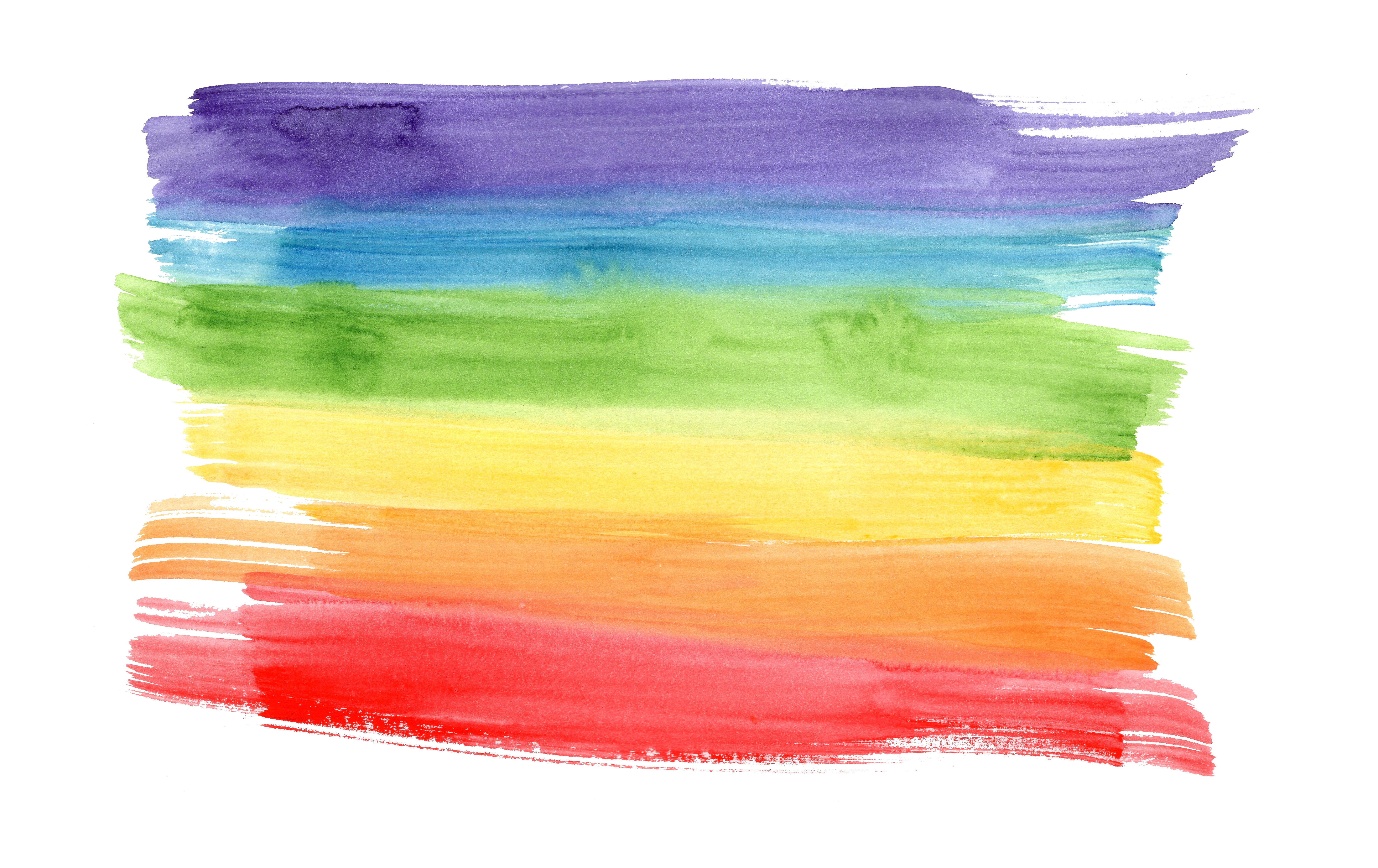 There is a difference between politics and practice. Politics are the people you vote for; practice is how you live your life. We don’t need to identify ourselves as red or blue—that’s politics. But when our coworker happily points out that the single biggest change she has felt over the last year is that the Muslim travel ban has been lifted, that’s practice.

Some coworkers voted for the incumbent who had instituted the ban in the first place. Yet expressing joy that an entire religion and region is no longer uniquely excluded is not a political statement, and certainly not one our coworkers should ever be shy about expressing. A policy in our country banned people who practice her faith, who come from the same part of the world she comes from. Being relieved that this burden is no longer part of her daily life is not politics, it is practice.

Yes, social justice and politics are inextricably linked, but we can talk about how we experience the world without political rhetoric. Our CEO proved this point in an email to the company on inauguration day, writing, “Even though you may not agree with Vice President Harris’ politics, I hope we can all appreciate the impact of this moment and the symbolism it represents. As we work towards diversity, equality, and inclusion, moments like this remind us what it’s all about.”

Lesson 4: Listen and Learn, Even When It’s Uncomfortable 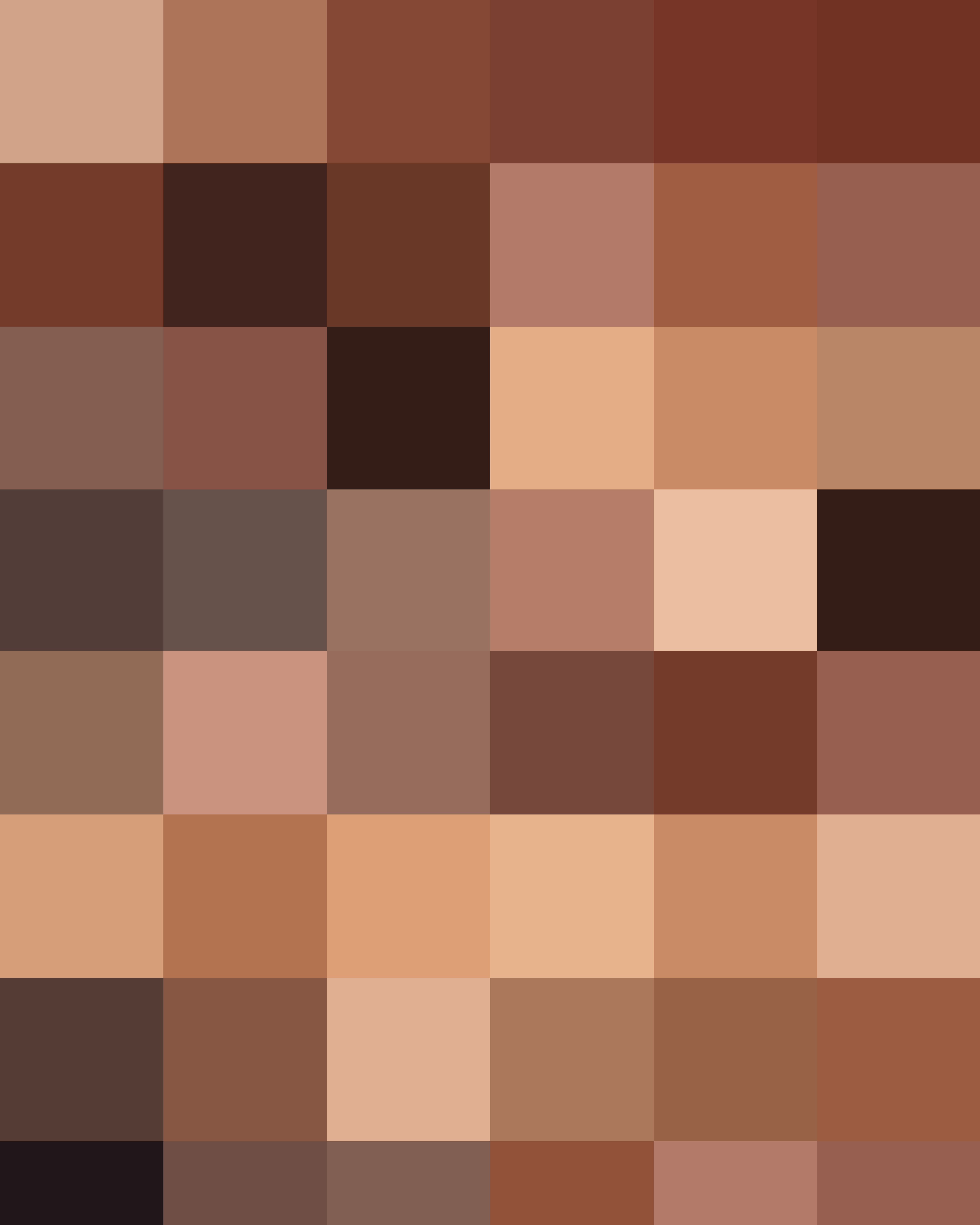 The final lesson we’ve learned is the most obvious but also the most powerful: Listen to what people have to say! Our company, like any other, is an embarrassment of riches, full of lessons to share and dreams to articulate. We don’t amplify voices as a favor to our coworkers, we do it because we genuinely want to hear what they have to say.

And just look at some of the things they say.

When asked what diversity means to them, one co-worker put it simply and beautifully.

“Diversity is beautiful, no work of art was ever painted in one color,” they said. “It feels right. It feels warm and kind. It feels like all of the best flavors in one meal. People are finally coming to terms that America is not a MY country but an OUR country.”

Reading things like this from coworkers makes me a better blogger, it makes my boss a better CEO, and it makes our company stronger.

Another said that diversity is important because it helps us. "Be more honest about where we are as a country," they said. "Racism is systematic and did not 'die out' in the 1960s." This is important, she believes, because "we can't fix what we can't acknowledge."

We do not always agree, of course. One coworker confided that he is suspicious of diversity initiatives, which he feels further divide people based on identity politics. Diversity, for him, represents a forced and oftentimes false environment with a questionable historical record.

And while he believes that diversity is moving down the wrong path, another coworker believes it is in fact on the right path—it’s just not moving fast enough.

"Companies need to set much more ambitious goals to move the needle on diversity in the workplace," she said. "Taking a decade to reach gender equality or setting minority representation at 35% still feels too far away from where we need to be," she said.

She wasn’t talking about TrendSource (she was responding to this article), but even if she were, it is exactly the type of conversation we want to have with our coworkers. Diversity cannot be defensive, and it must be self-aware. 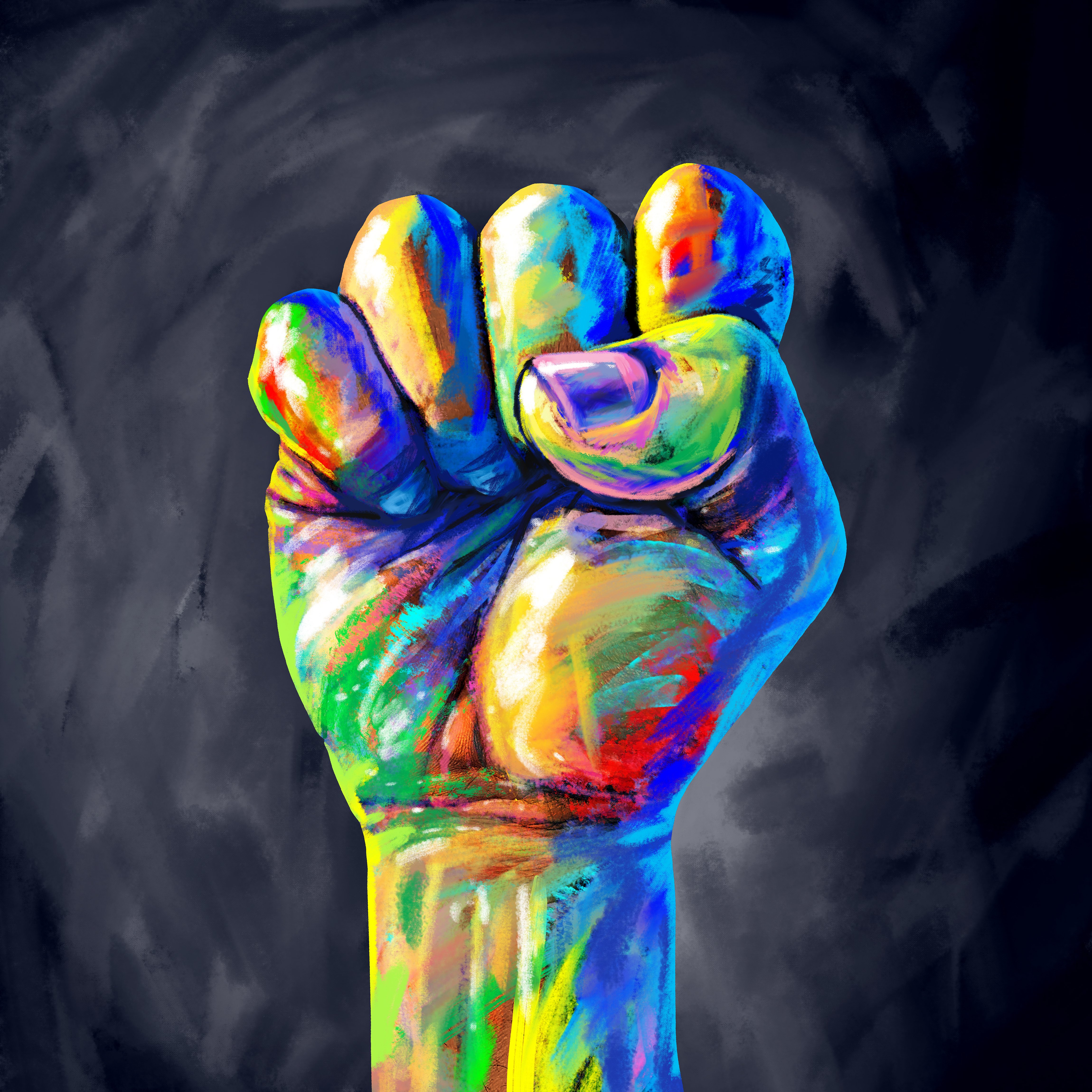 To that end, as proud as we are about the culture we are evolving, we must note that only about one-quarter of our coworkers took us up on our invitation to sound off on diversity for this blog. Sure, it’s crazy out there right now, we’re all busy and times are tough. Yet we would be disingenuously naive if we did not allow for the possibility that some people simply chose not to do it. Perhaps they felt their perspective didn’t matter, perhaps they are not as excited about our work on diversity as we want them to be, perhaps their views on racial politics do not align with our company’s values.

And that means we still have work to do, to gain understanding and to expand our inclusion

This blog is not a victory lap or a pat on the back. It is another step in the right direction, a signal to our employees that we see and hear them, and a public declaration of our values and priorities.

I always write blogs thinking about my target audience. But, dear reader, I didn’t write this one for you. I wrote it for us.