Checking in on Chicken Sandwiches and Food Service Market Research

What a difference a year can make.

It was just over a year ago that we published this blog, taking on Popeye’s wildly successful crispy chicken sandwich, which dominated the culture (and sadly crime blotters) for months, becoming Business Insider’s fast food menu item of the year and continuing its hot streak into 2020.

In the year since, well, yeah, a lot has happened. A whole lot. Like way too much.

But, through it all, Popeyes and its competitors have kept their eyes on the chicken breasts and thighs, continuing the battle for the nation’s most popular and profitable crispy chicken sandwich in a time when more and more Americans are favoring crispy chicken over cheeseburgers.

So, let’s put in the food service market research to consider what has happened in the year since Popeye’s chicken sandwich briefly took over the world, examining what its competitors have been cooking up since, as well as the broader shift among US consumers from beef to chicken. Cluck 2020, amiright? 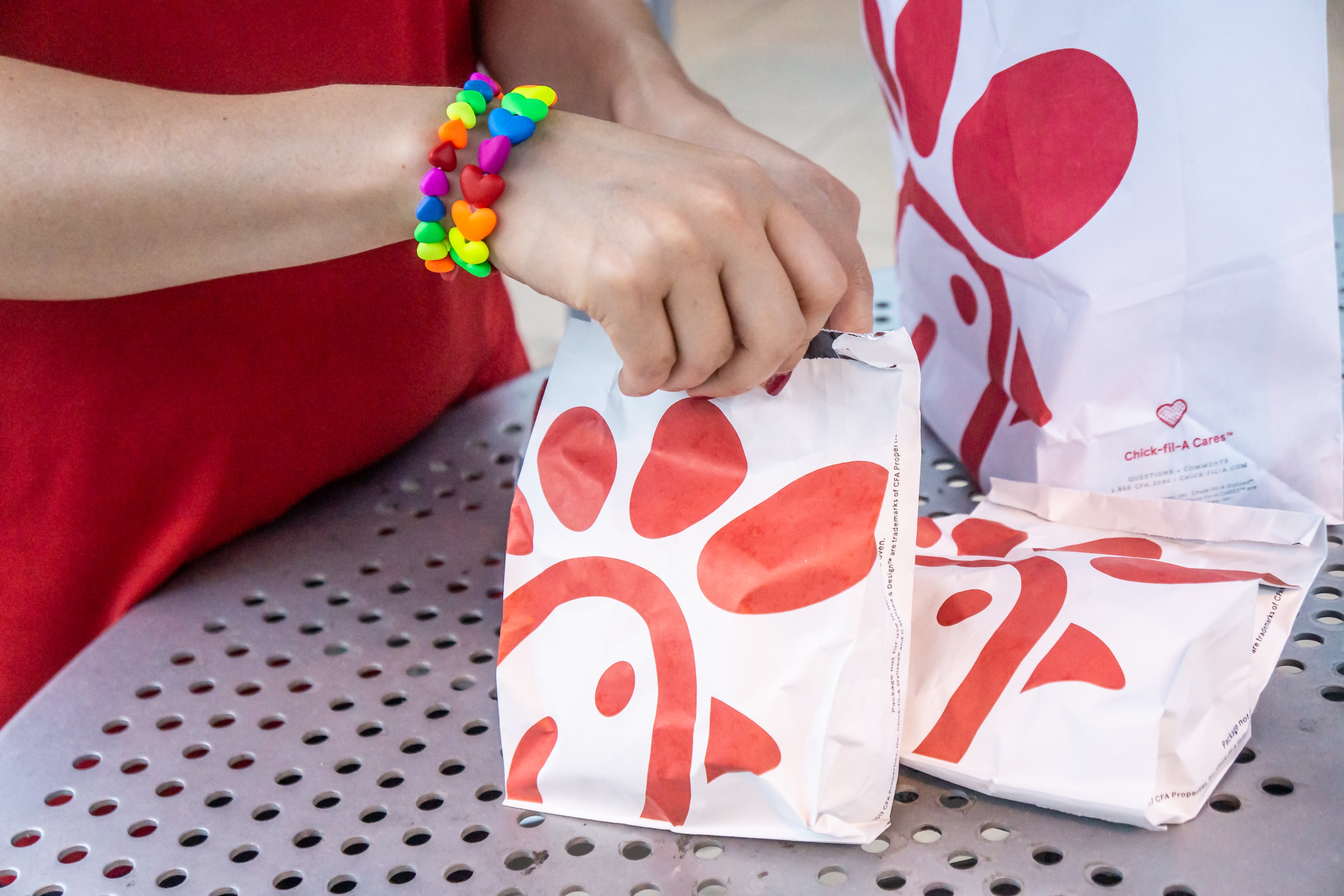 McDonald’s Counted Their Chickens Before They Were Fried

As we noted last year, McDonald's franchisees have long been clamoring for a better crispy chicken sandwich, and were understandably cheesed off when Popeye strode in and dominated.  Franchisees understand that Chick-fil-A and Popeye’s have not ascended the fast food ladder by coincidence--the nation is turning to chicken. And as they turn to chicken, they are not looking to McDonald’s, whose most iconic chicken product, the Chicken McNugget, has been shown to be a “hose-blasted chicken substance” (from their hose to my heart!).

McDonalds would like to make a best-in-class crispy chicken sandwich, but there have been some stops and starts along the way, beginning in January when the company announced a new sandwich that ultimately faded away with little thought or comment. The press release from January of this year, which incidentally also reads like a pre-pandemic time capsule, tells the new crispy chicken sandwich’s story, framing it as the culmination of customer taste and culinary ingenuity. This must be one heck of a sandwich, right? 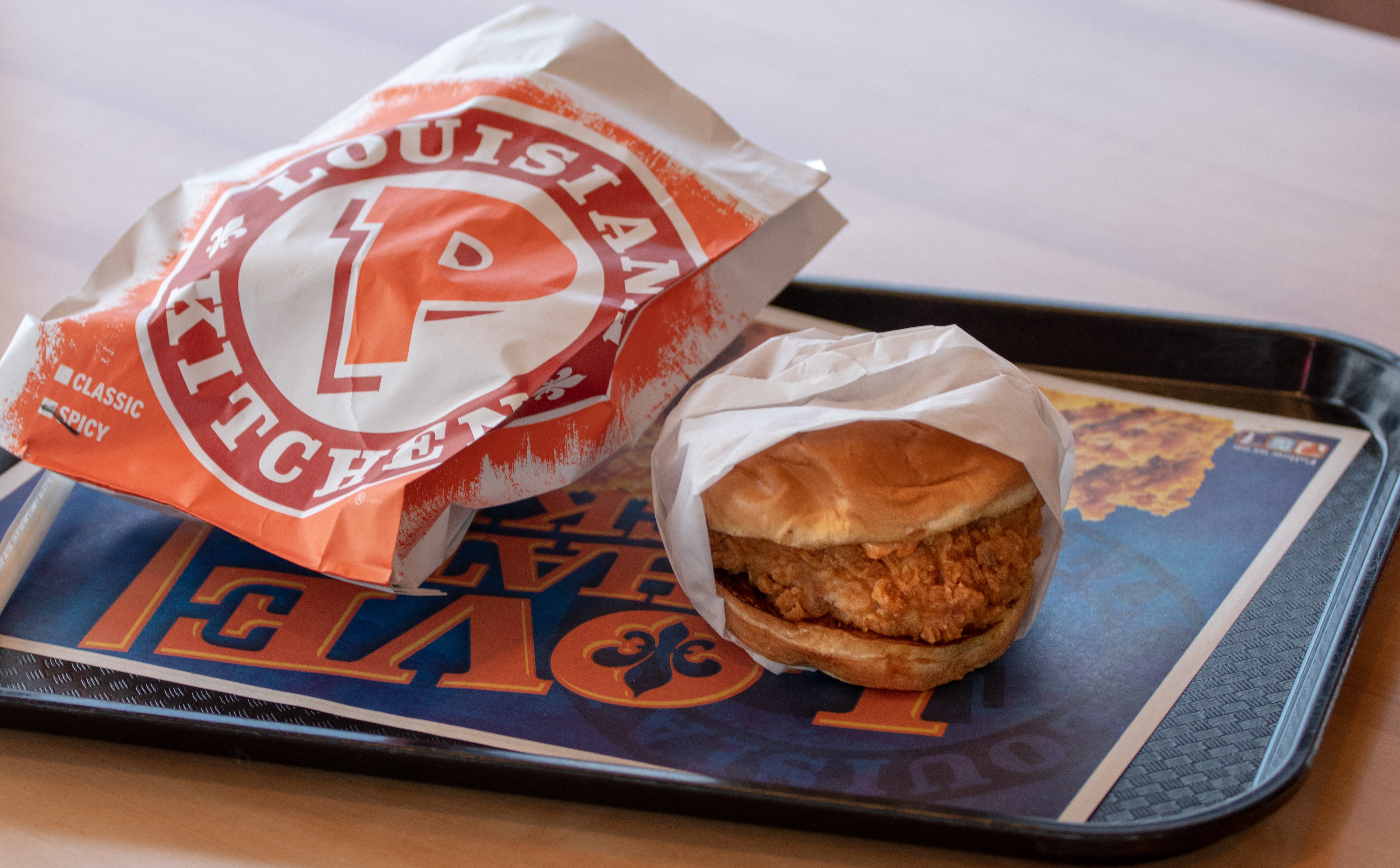 Well, the trouble is, we simply do not know. The sandwich never made it past its initial pilot phase, a likely casualty of the initial stages of the pandemic. And by August, it seemed the company was back to step one, once again promising that it is cooking up a heck of a bird if customers just give them a little more time.

Indeed, CEO Chris Kempczinski, is being somewhat cagey about any forthcoming chicken-based menu additions. "We're certainly working on ways that we can update and upgrade our chicken offering in the U.S. Suffice to say we will continue to be competing and innovating in chicken. I don’t want to get too into revealing competitive secrets, but I think we are feeling good about where we’re at. I do know that there is innovation that is planned for later this year that's going to bring some menu items on."

According to Kempczinski, the product will be available system wide by the end of the year...but he can’t say more because...competitive secrets. At this point, this needs to be a world beating chicken sandwich to justify the stops, the starts, the hype, and the hope invested into this product, which, again, for franchisees, cannot come quickly enough. 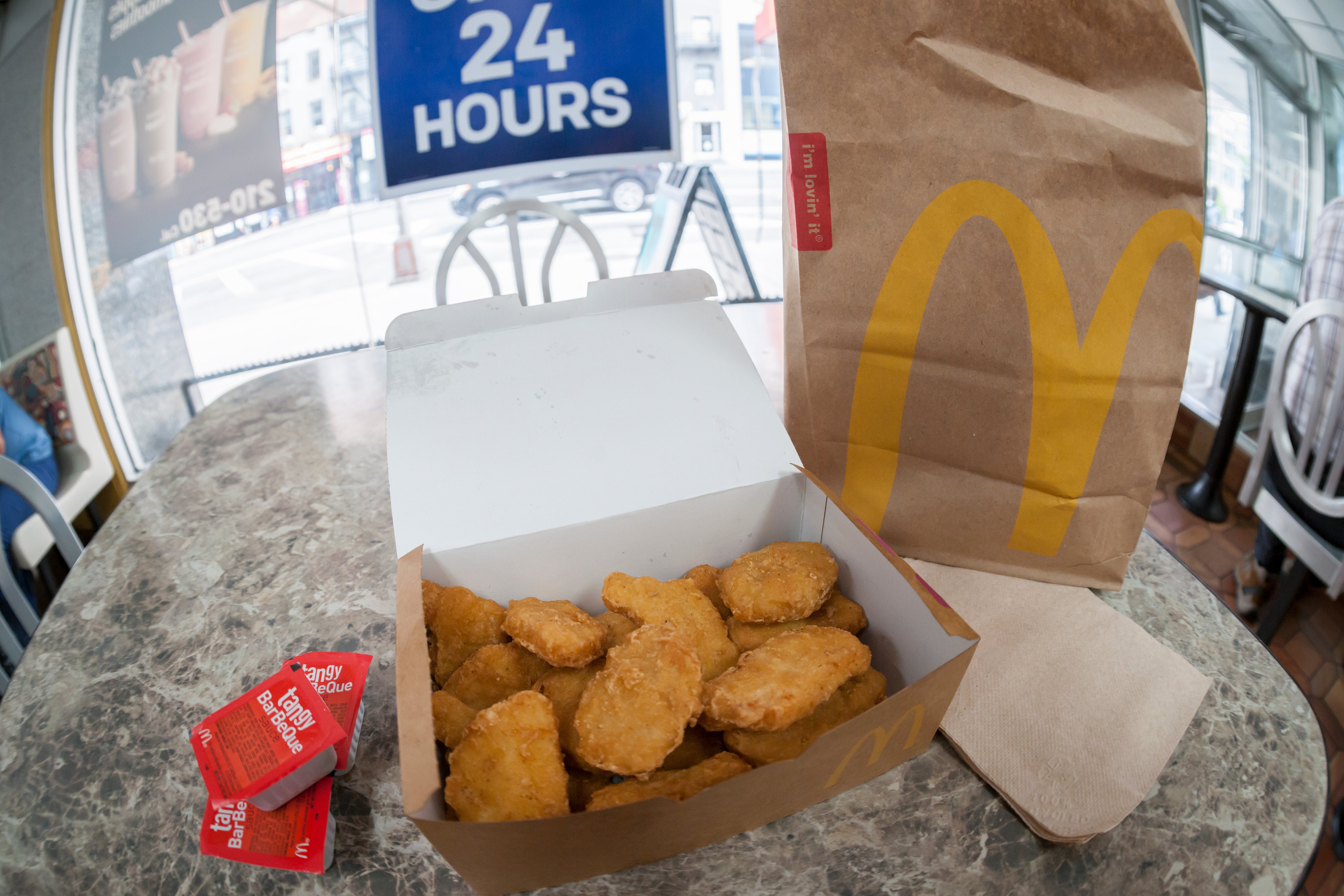 In the meantime, McDonald’s has asked customers to hold themselves over with their newly-released spicy chicken nuggets, which have yet to move the cultural needle, and to forget last year’s poorly received limited-edition spicy barbecue chicken sandwich (which, I assure you, they already have). Or to remain content with its value menu staple the McChicken and the slightly upstream Buttermilk Crispy Chicken Sandwich launched last December.

Franchisee impatience coupled with consumer expectation means that McDonald’s really needs to hit a home run with its next chicken sandwich. Otherwise, it better check if Travis Scott is in for round two.

After a brief test in the greater Orlando area, KFC is opting to next test its better chicken sandwich in Canada of all places, hoping to gain a foothold in the Great White North before Popeye’s ascends to market dominance.

KFC’s chief marketing officer, Andrea Zahumensky, was candid about the need for a better sandwich: "We wanted a chicken sandwich that really lives up to our legacy as the fried chicken experts and, let's face it, ours wasn't the one to beat. We knew an upgrade was necessary."

The upgrade, it turns out, consisted of trying to out-Popeye Popeyes, basically reproducing Popeye’s famous chicken sandwich...but with the Colonel’s signature eleven herbs and spices. The KFC crispy chicken sandwich comes with (and stop me if you’ve heard this one before) a double-breaded chicken breast fillet, thick-cut pickles, and mayo packed onto a brioche bun. 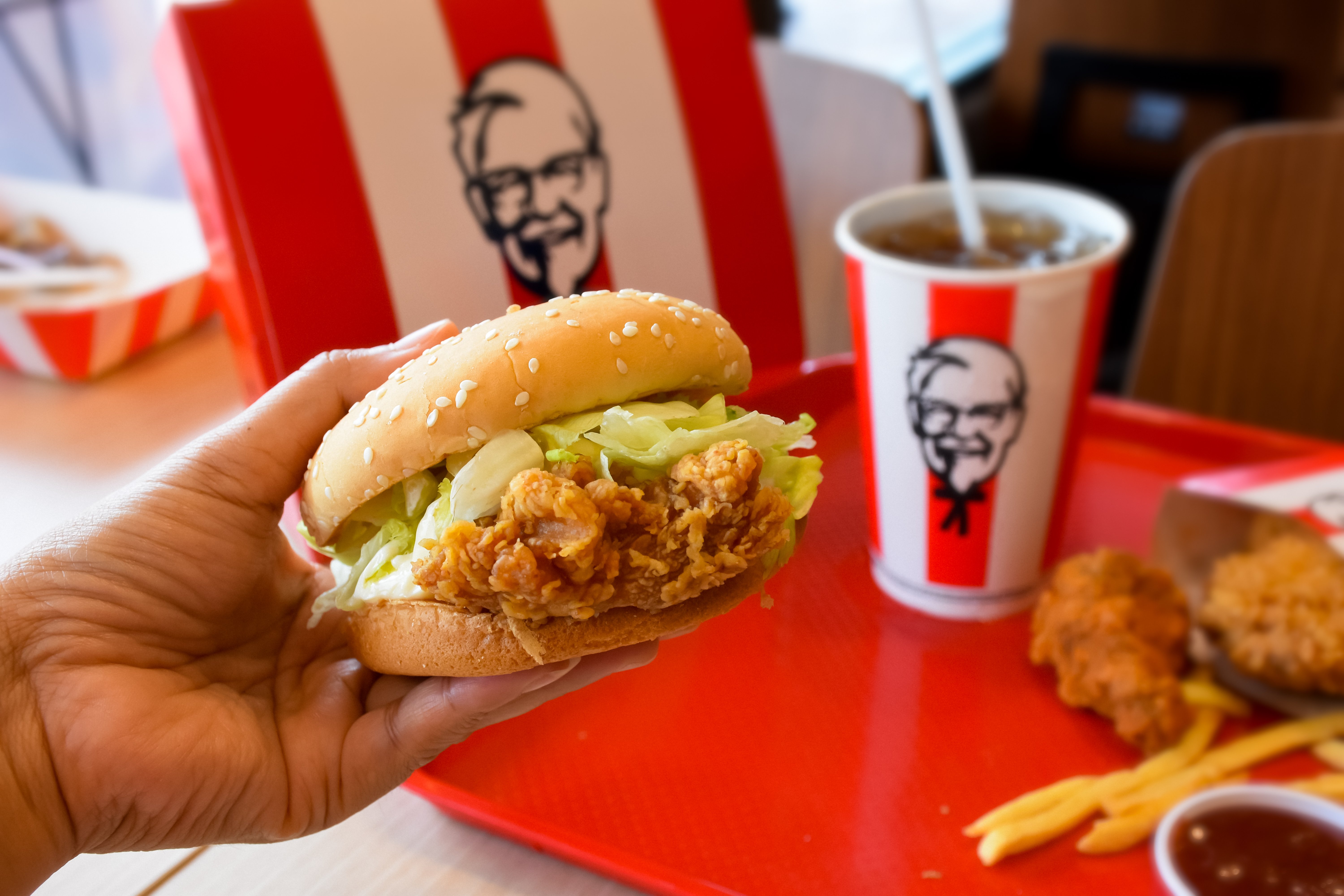 Imitation is the highest flattery, sure, but it is rarely a pathway to prominence.

Chick-fil-A Still Trying to Come Back from that Tweet

And then we have Chick-fil-A, who, more than any other industry competitor, has a serious interest in bumping Popeyes off the front page. We cannot forget how thoroughly Popeyes owned Chick-fil-A last year, not just in terms of sales, accolades, and attention, but in that most famous of social media dustups.

With one chicken sandwich and one tweet heard around the world, Popeye’s brought Chick-fil-A’s heretofore unchallenged segment dominance into question. Suddenly, Chick-fil-A was playing catch up, trying to reassert its position as head mother clucker, once again trying to downplay or forget their homophobic tendencies and focus on fried chicken fun.

Their newest menu item is a spicy cry for attention nearly one year after Popeye’s opening salvo. Behold, the Honey Pepper Pimento Chicken Sandwich (no, not the pithiest of titles), an original Chick-fil-A filet served with honey, pimento cheese, and mild pickled jalapeños.

As one fil-A culinary developer pointed out, “This is the first variation of the Original Chick-fil-A Chicken Sandwich we’ve tested as a seasonal item,” illustrating the shakeup’s significance and unprecedented importance.

We are living in chicken times and QSRs without a flagship chicken-based product are going to be on the outside looking in. This is why QSRs must put in the food service market research to understand the gaps between their existing product and consumer expectations and do everything they can to bridge them.