But wait, there’s more:, Coke is partnering with another titan of the beverage industry, Molson Coors, the brewing conglomerate behind Miller and Coors brands.

So, two legacy giants in the beverage industry are coming together to enter the hottest alcohol category of the last few years? Sign us up (for the beverage industry market research--we will see how this stuff tastes next year)! Let’s look at what this partnership means for both Coke and Coors, what it says about the beverage industry and seltzer’s staying power through a pandemic, and finally consider whether Coke has simply arrived too late to a market it could well have cornered nearly three years ago.

While some of the partnership particulars remain to be worked out, we know that Molson Coors will handle marketing, sales, and distribution, while Coke handles product development, and a third party actually produces and packages it. Obviously, selling alcohol comes with a whole host of regulations, regulations Molson Coors long ago learned and ones with which Coke is woefully unfamiliar. Thus, their division of responsibilities makes sense. 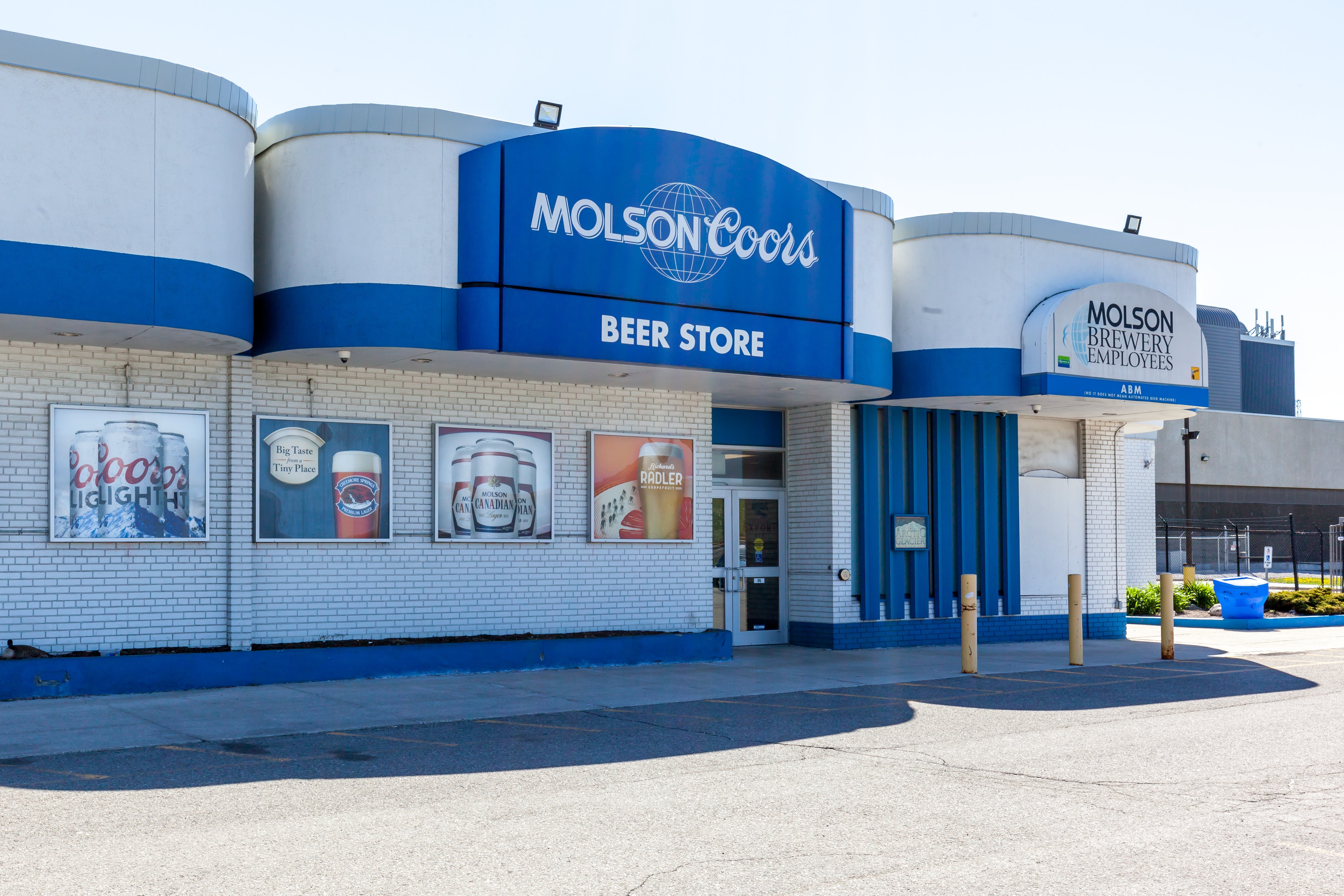 In fact, on the surface, much this partnership makes sense--both companies have flagship products (sugary sodas and beer) that have come into disfavor over the last several years as consumers have looked for healthier options with more long term drinkability.

Coke needs to evolve past cola, and Molson Coors beyond beer. And so they decided to meet in the middle, selling a bubbly, fruit-flavored malt product at 5% ABV.

On the surface at least, that product choice--hard seltzer--also makes sense. Said simply, no other alcohol category has come near hard seltzer’s growth over the last two years, tripling its sales in 2019 alone. As we wrote last year amid White Claw’s ascendence, “sure, it’s still just flavored malt alcohol, but with a lighter taste and much lighter sugar and carb load, it’s threatening to reshape consumer expectations and priorities within the beer segment.”

It already has, and while there was some concern that hard seltzer couldn’t survive a socially distant society (nobody drinks hard seltzer alone, people worried), the pandemic has actually shifted to its favor as social groups meet outdoors to limit COVID-19 exposure, gathering together in the sun and shade and sipping their White Claws.

The Seltzer Aisle is Already Quite Crowded 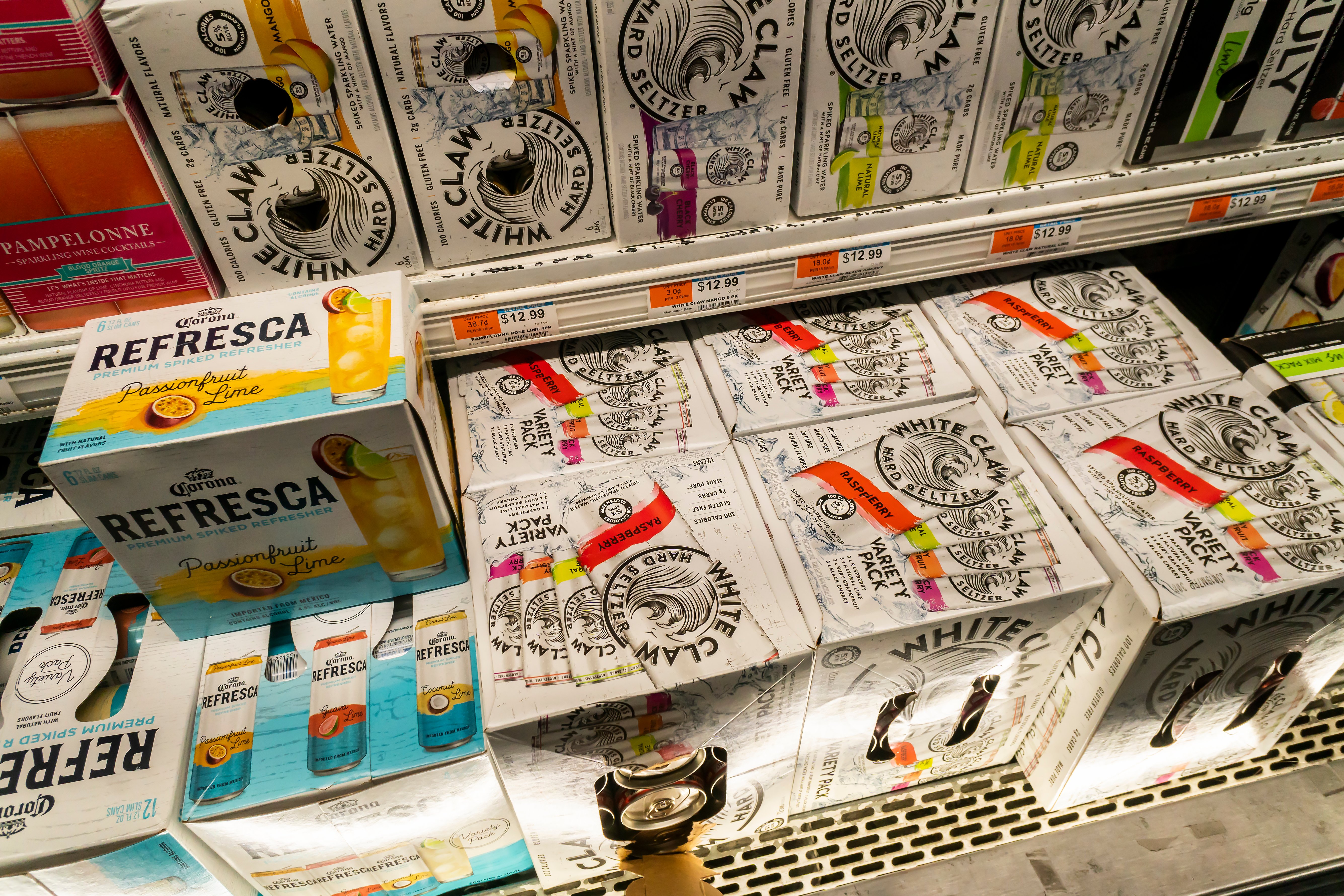 Entering a burgeoning market is great because you know people are buying what you are selling...but that only takes you so far and there is reason to wonder if this move comes a bit too late to a market that is already saturated.

How saturated of a market are we talking about? Well, there are now more brands selling spiked seltzer than we can count (well over twenty), and it is widely believed that the spike in spiked seltzer consumption contributed to the national aluminum can shortage we are currently experiencing (side note: reduce, reuse, recycle IN THAT ORDER). To date, in addition to obscure, niche, and better-than brands, there are also offerings from national industry players like PBR (really!), Sauza, Smirnoff, Cuervo, and Coors.

And as Coors’ most recent foray into the seltzer market (Coors Spiked Seltzer) illustrates, this market is so packed it’s ready to burst like a Coke can in a freezer. For evidence of this, we need look no further than Coors’ initial marketing campaign for their spiked seltzer, which emphasized their environmental commitment--for every twelve-pack sold, Coors promises to restore 500 gallons of water to an American river through a partnership with Change the Course.

It’s a nice thought, but it also feels a bit desperate to emphasize a differentiator that has little-to-nothing to do with the actual product, with its taste or ingredients. Again, we love the environment and, please, do your best to protect it, but an alcohol campaign built around environmental stewardship seems to concede that it a) came late to the party, b) doesn’t have anything particularly new or exciting to add, and c) hasn’t developed a brand image that can resonate with customers out of the gate.

Why would Coors go and add a third hard seltzer to their roster when their first two have gained little traction? They’re hoping that, like most things, it’s better with Coke. 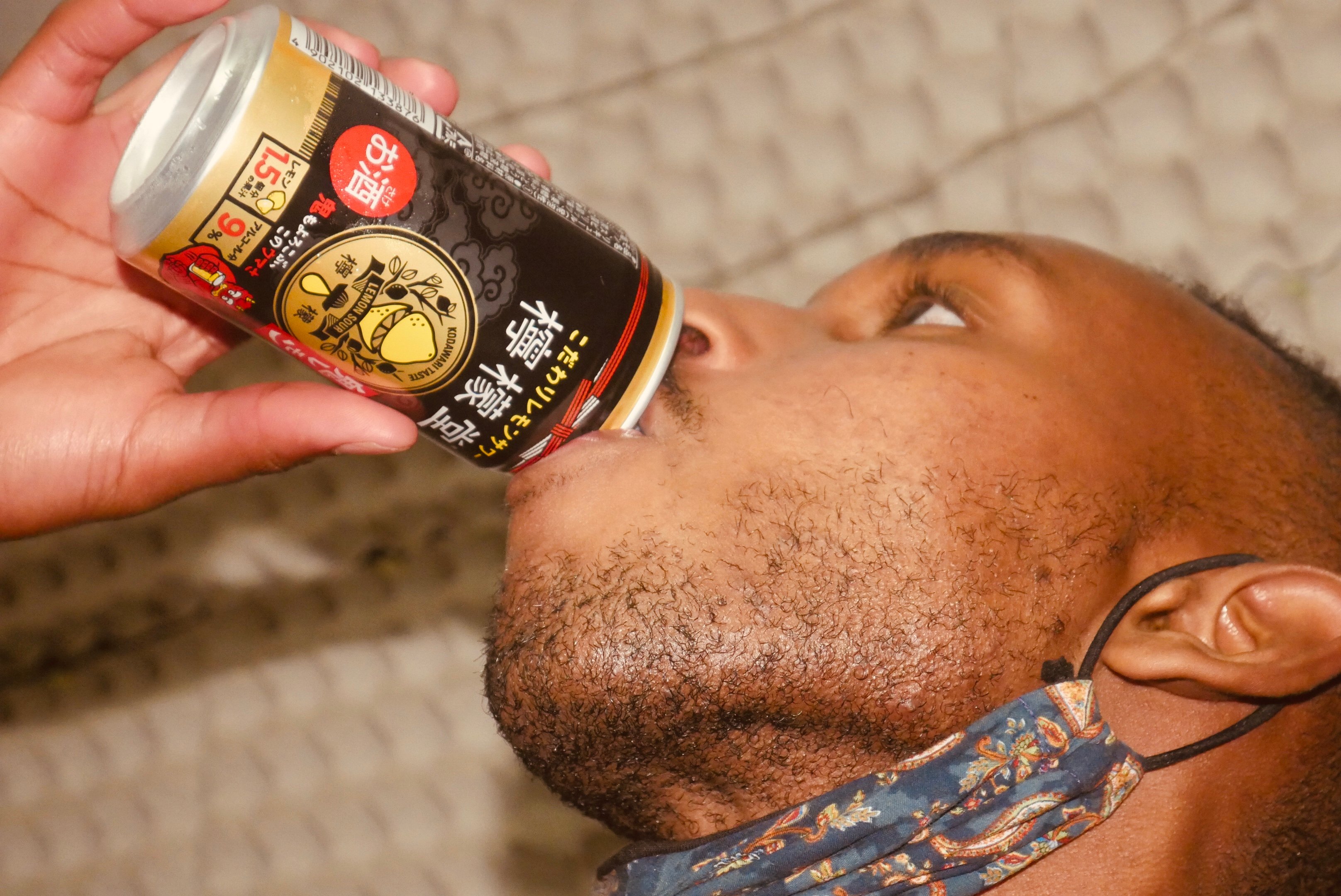 And then there’s Coke itself. Let’s recall a 2017 story overlooked by many industry watchers (but not all of them!) when the company began to sell chu-hi, a flavored malt liquor, fruit-infused sparkling water in Japan. The beverage type, unfamiliar to most Americans, is a staple of Japanese drinking culture, by far the most popular alcoholic beverage in the market. This was Coke’s first foray into alcohol-based drinks since they sold off their wine-in-a-can operation, Wine Spectrum, in 1983.

The parallels between this 2017 product and this week’s announcement are staggering. First, as we noted in 2017, Coke was entering an already saturated market with over 100 distinct flavor varieties, dominated by Japan’s heavy beverage hitters (Kirin and Suntory) as well as niche and better-than varieties.

Second, though at the time Coke was content to remain quiet on the topic, industry watchers (like us!) were already speculating that this migration into alcohol could be an opening salvo in a more aggressive development strategy even on the domestic front.

As we wrote at the time: “But there is something else they aren’t discussing too much: whether this is a Japanese- or Asia-specific product, or if we can expect something similar domestically. Hedging their bets, Coke seems to be saying this isn’t a likely candidate for a US crossover, but not to count it out either. Their press release played the bad cop, noting: ‘The Chu-Hi category is found almost exclusively in Japan. Globally, it’s not uncommon for non-alcoholic beverages to be sold in the same system as alcoholic beverages. It makes sense to give this a try in our market…But people around the world should [not] expect to see this kind of thing from Coca-Cola.

We didn’t say never, and now it has come to pass. And, as we observed at the time, Coke made another interesting move in that era, acquiring Topo Chico, the Texas sparkling water sensation. Now, they have combined these two initiatives, bringing Topo Chico branded spiked seltzer to the domestic market. 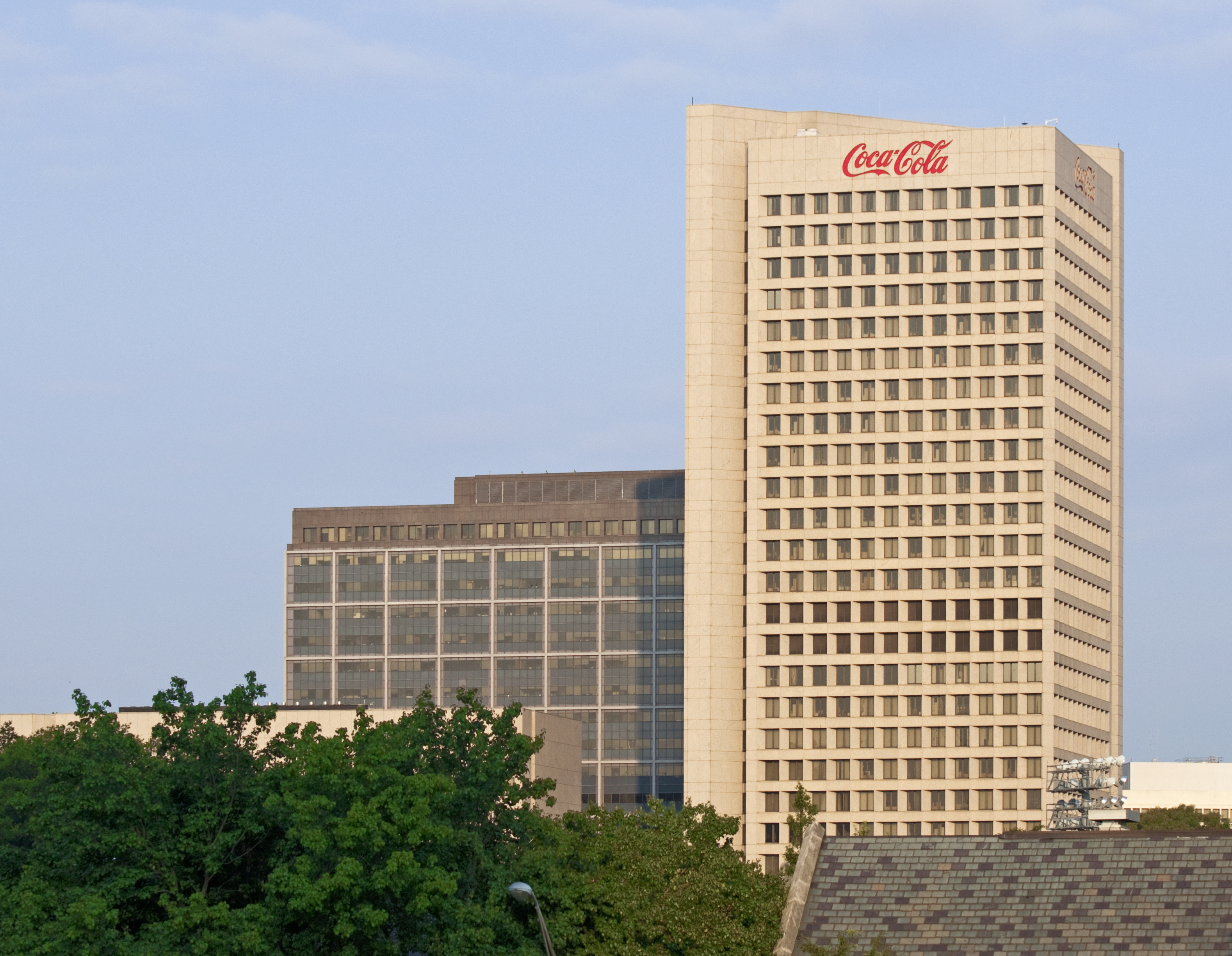 It is worth wondering if Coke was a victim of their own caution in this case. They chose to develop an extremely popular regional product in a category with little market share available. No doubt it proved a suitable proving ground, helping them work out the kinks endemic to such a transition. But did they play it too safe?

Just think what would have happened if, in 2018, Coke had gotten ahead of the spiked seltzer craze in the United States. It could have been one of the first products to the party, now it is vying for attention in an insanely crowded ice chest. There’s no way to know what Coke left on the table, but we can be certain that a market research program could have helped them figure it out.

Instead, they find themselves relying on adjectives like “exotic” and “tropical” to describe flavors (lemon lime, pineapple, strawberry guava, and mango) that simply are not all that exciting, especially compared to White Claw’s new pumpkin spice flavor, which, ewww, but also, hmmm.

For now, Coke needs to be protecting Topo Chico's brand identity, which could potentially come out looking like a poser, eroding its cool, hipster vibe. For this and nearly every other business problem, the solution is simple: Market Research.