Marijuana is going straight and growing up. Yup, it’s not just hippies and procrastinators contemplating the sticky-icky, wacky-tobacy anymore. As recreational cannabis legalization begins to sweep the nation, and the nation’s biggest single-state market prepares to go legal on January 1, businesses are starting to pay attention as well. With California legalization, the cannabis economy is expected to jump 33% next year to hit $10 billion. Yes, billion with a B. Indeed, according to the CEO of one consulting agency, “Aside from cryptocurrency, there is simply no other industry changing as rapidly or as unevenly as the cannabis sector.”

California and other relatively early states to adopt legalization will prove instructive as the economy matures. We promise this won’t turn into one of those glassy eyed, dorm room conversations, so, turn on, tune in, and smoke ‘em if you got ‘em as we follow the retail market research from seed in the ground to smoke cloud in the sky.

Oh, and for the uninitiated among you, dear readers, fear not: there are no stoners or squares here, just good old fashioned market research. You don’t need to rock out to Willie or Marley to follow the data.

Colorado Gives Us Some Ideas of What to Expect

A recent study of Colorado’s marijuana industrial complex (where recreational marijuana has been legal since 2012) gives us some idea of what to expect. Over $2.4 billion and 18,000 full time jobs can be directly attributed to the weed economy. Just over $1 billion of that is directly from the sale of marijuana products, the other $1.4 billion comes from other economic sectors into which cannabis cash has been infused. Warehouse rentals, specialty lighting and irrigation systems, lawyers, book keepers, lobbyists, scientists, chefs, regulators—seemingly every market will be raking in some serious green. Cannabis is already pulling in more tax revenue ($125 million last year alone) than alcohol, and by 2020 it will generate more than cigarettes as well.

So, Colorado sold about $1 billion last year? Compared to the California behemoth to come, that is chump change: Conservative estimates forecast 2018 sales in California will hit $7 billion.

Does that seem unrealistically ambitious? Think again. Consider that, between March and July of this year, sales in Colorado—where anybody 21+ can make a purchase—came to about $653 million. Over that same time span, sales in California—where, to this point only “medical” consumers were in the market—hit $1.13 billion. Indeed, California is, according to one analyst, “The largest legal weed market place in the world.”

And this isn’t just happening in blue states. Among the next fifteen states likely to adopt the policy,  you will find a smorgasbord of American values and identities, and though older voters seem to be against such policies in states like Arkansas and Montana, the demand is most certainly there among younger generations (though seniors are starting to get in on the act themselves).

Already, US high schoolers consume significantly more marijuana than those in European nations, and just last year, for the first time, more high school students consumed cannabis in the last thirty days than binge drank. As Gizmodo so succinctly put it, “Teens Love Weed.” And despite McConaughey proclamations, those kids get older. And vote. And buy (legal) drugs. 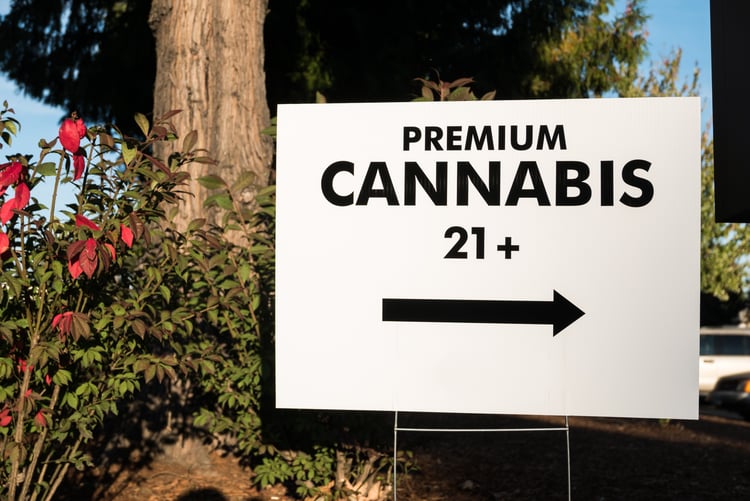 The California law itself is a bit confusing—since last year, it has been legal to purchase, transport, and consume up to one ounce of marijuana, but it remained illegal to sell it. That will change on January 1.

Here are the basics of retail recreational marijuana regulation: Retail establishments must be closed from 10pm-6am, may not operate within 600 feet of a school and can only serve consumers 21 and older, and must employ 24-hour video surveillance. They can only advertise in outlets where 71.6% of the audience can be “reasonably expected” to be an adult. Once in customer’s hands, the product may not be transported across state lines, cannot be accessible while an automobile is in motion, and can only be smoked in areas that permit tobacco smoking.  This is not very different from the laws already rolled out in Washington and Colorado.

Back in 2017, many a California stoner voted against legalization, fearing the price would get, um, higher and there is some wisdom to their reasoning. All that tax revenue that has states salivating may lead to some unwelcome competition: the black market.

With taxes potentially climbing to up to 45% on certain products, and the cost of doing business above board increasing overhead, legal marijuana may be significantly costlier than consumers expect. This could, according to Fitch Ratings, make the black market a “formidable competitor”, but such analysis, we think, overlooks the peace of mind and convenience of funneling purchases through legal channels.

Here, again, Colorado may be instructive. According to a study conducted by the Marijuana Policy Group, “Legal marijuana sales are increasing due to a supply shift—away from gray and black market suppliers, toward licensed suppliers.” This is not about new smokers but rather existing ones moving their purchases to legal avenues.

The study estimates that by 2020, more than 90% of the market will be regulated, state-licensed dealers with the other 10% being home growers and a small illicit market. Indeed, according to the study, “It would be easy to confuse the rapid growth in [Colorado] marijuana sales with an inherent growth in marijuana demand. But that is not the case.” It seems that people, if offered the opportunity, much prefer making their purchase in a legally sanctioned space with product variety and knowledgeable employees; the days of scoring dime sacks in a Denny’s parking lot are likely over. Not convinced? Consider how streaming slowed down music piracy.

Also of concern for upstart marijuana industrialists: without federal sanction, state-authorized marijuana purchases must be made in cash as credit card companies, concerned about federal law, will not extend their services to the nascent pot economy. According to the Economist, however, concerns about federal intervention are overblown—cannabis stocks have risen 18% this year despite the current President’s buzz-harshing threats, meaning investors are not frightened. Furthermore, the Roharbacher-Farr Amendment would make it very tough for the Justice Department to interfere.

That balance of profit and uncertainty, as well as any moral or social objections one may have, has led to an uneven rollout across California. Sure, there’s money to be made, but some cities and counties are saying thanks but no thanks, at least for the time being. Thus, as it stands, California counties can be crudely divided into three categories: hot-to-trot, tepid, and stone cold (no, not stoner cold).

San Diego, for one, is way ahead of the game. They have committed the appropriate regulatory infrastructure, and have established a legally authorized supply chain from cultivation to testing to manufacture and sale. On January 1, at least 13 recreational dispensaries will open within county limits.

Their preparation, and eagerness to rake in attendant tax dollars, stands in stark contrast with tepid counties taking a ‘wait and see’ approach. This includes two of the state’s biggest, both Los Angeles and San Francisco. We all have an idea about who tends to live in these two cities and what recreational drugs they enjoy so, suffice to say, LA and San Francisco are leaving a lot of green money on the table by not having their blunts in a row. Similarly, in conservative hotbed Orange County, land of McMansions and Narcs, only one legal dispensary will be opening in downtown Santa Ana as all other cities within the county have refused.

Which leads us to the not-in-my-backyard crowd—counties like Kern and Shasta, which have doubled down on prohibition, voting through special ordinances directly in opposition to the new California law.  There is a bit of irony, of course, since Kern and Shasta counties are both home to some of California’s best wildlife and nature—places people are likely to bring their own cannabis (legally purchased outside county limits), and puff puff pass their way through the state’s treasured rivers and mountains.

As morality can only take you so far, particularly during a recession, we predict these late-to-the-party counties will ultimately acquiesce, not because they suddenly see the virtue in a stoned Netflix binge but because they will no longer countenance surrounding counties pulling in tax dollars from their citizens and tourists.

Selling drugs in a recession is like selling umbrellas in a rainstorm, so this should be easy, right? Nope.

With marijuana coming out of the shadows and shadow economy, customers will begin to expect levels of service that go beyond discretion and proximity. Indeed, in a world where access is not a battle, people won’t be nearly as grateful for the opportunity to purchase, and will increasingly demand knowledge and services from their retailers of choice.

How will different retailers differentiate themselves within an expanding market and work to ensure their continued profitability? Consumer insights and compliance audits, that’s how.

First, in any regulated industry, compliance is absolutely paramount. You can’t start a fire without a spark, and you can’t sell goods out of a closed down shop.  Particularly in the early going, the regulators will be swift and stern, so employee compliance audits are not a luxury, they are an utter necessity. They allow operators to sniff and snuff out non-compliant staff before facing punitive fines, seizures, and even closure.

Second, employee knowledge and demeanor, as well as product selection, will be key differentiators defining the successes and failures. Consider what a varied market marijuana will enjoy: from novice retirement-age baby boomers looking to light up for the first time in 45 years all the way to the High-Times-reading, can-roll-a-spliff-in-their-sleep crowd, and everybody in between.

How well employees explain the complexities of marijuana types (there are three), intoxicant compounds (there are five), and strains (there are literally thousands) to different audiences will go a long way in determining a dispensary’s identity. Obviously, mystery shops are an invaluable tool to measure employee interaction and understand the customer experience, while shop-alongs will tell you how certain consumers navigate a store.

A Green Market No Longer

This market is both growing and evolving rapidly. Already businessmen have come to replace former growers and dealers, no longer saying things like “dank” and “ganja” but rather referring to more palatable terms like “cannabis”, and "flower" . And there are rumors of an untraceable figure working to patent as many marijuana genetics as possible in anticipation of nationwide legalization.

See Part 2 in the series, "Cannabis Food and Drink: What the CPG Market Research Says," by clicking Here. 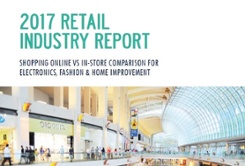