Costco is coming for LaCroix. Through its universally-treasured private label brand, Kirkland Signature, they are releasing three new sparkling water flavors (flavors that just so happen to be among LaCroix’s most popular) in nearly identical packaging.

This got us thinking about Kirkland Signature in general, and particularly about the unique relationship Costco has to the manufacturers who both sell branded products in Costco’s aisles and also produce their own competition by manufacturing Kirkland Signature products that sell at a lower price point.

So come along on a grocery market research trip through the Costco aisles (feel free to grab a barrel of chapstick and a vat of olive oil) as we breakdown the history of the Kirkland brand, the leverage it gives Costco over the CPG manufacturers on their shelves, and what it tells us about the future of retailer-manufacturer relations.

Sold in Costco’s 520 locations across 44 states (sorry Wyoming, Arkansas, etc!), the private label—named for Costco’s original home in Kirkland, Washinton—launched in 1995 and now offers hundreds of items ranging from food and drink (and booze!) to hardware and home goods.

Today, the brand accounts for roughly 25% of Costco’s yearly sales, well over $30 billion annually. They have achieved a cult status among shoppers and inspire list after list (after list!) ranking their top products.

It doesn’t take much data science to guess which private label good is Costco’s best seller. Here’s a hint: it’s something that everybody uses (some more, um, regularly than others) and that we almost all buy in bulk. Yup, it’s toilet paper, and Costco sells tons of the stuff. They dedicate untold resources to ensuring quality and cost-efficiency because everybody wants a happy bottom at half the cost. And since the product is literally going where the sun don’t shine and then into the depths of the civic sewer system, there is little national brand loyalty so long as the paper is simultaneously strong and soft (like somebody I know). So it is that Kirkland TP is flushing the competition. 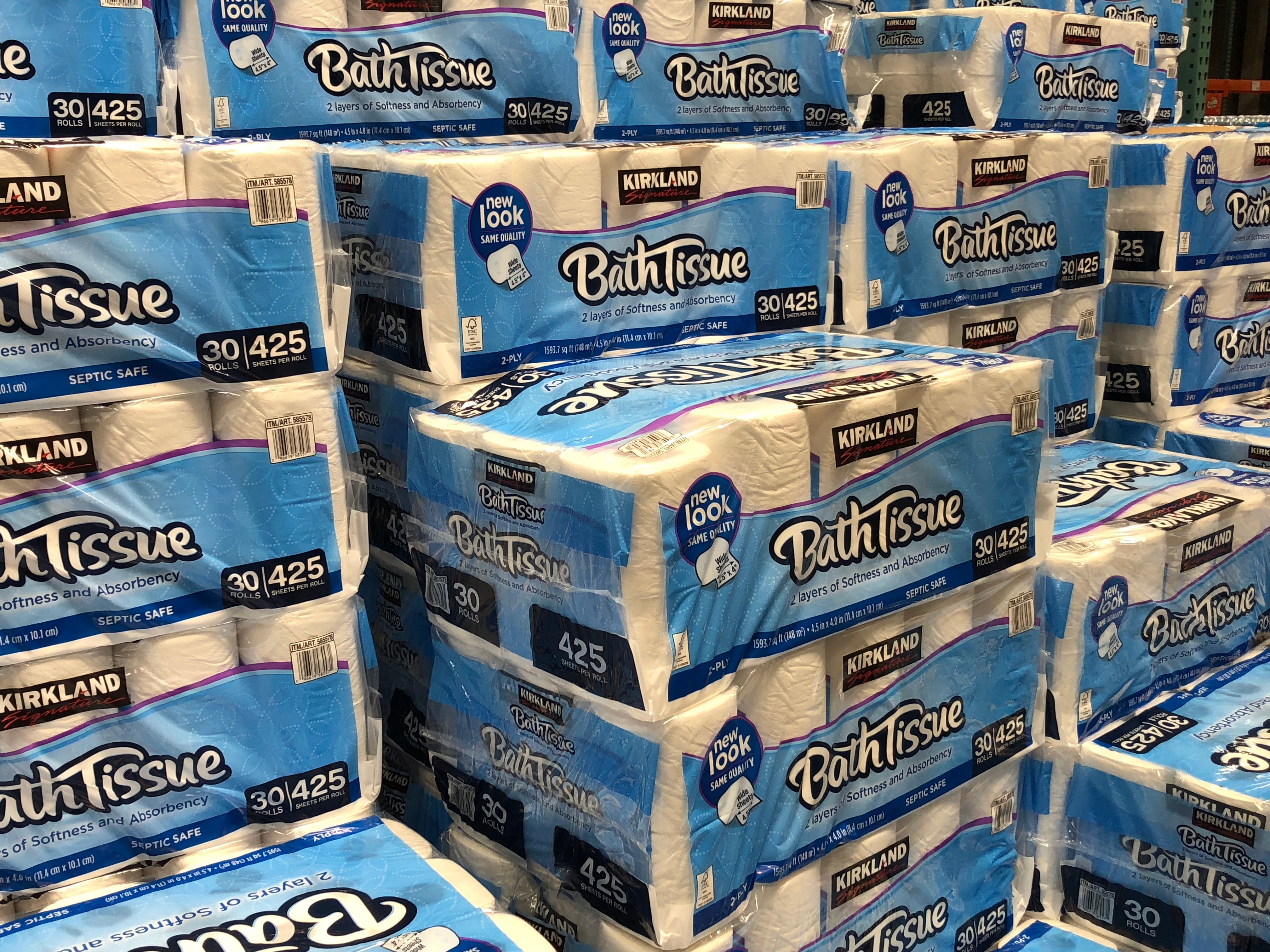 And though it doesn’t match toilet paper’s volume, we would be remiss if we did not mention their much-ballyhooed Kirkland Signature rotisserie chickens. As we described earlier this year, the loss leader has become a cornerstone of innumerable Costco trips. It’s no accident they keep those bad boys in the back—you gotta walk through thousands of feet of merchandise to get to one of their most desired products...and then walk all the way back.

Of course, it’s not all winning all the time. Not every product comes to market after development (they axed Kirkland women’s jeans before they even hit the shelves) and they pull the plug on products that don’t surpass certain sales thresholds (apparently the people weren’t ready for Kirkland cosmetics, though we say bring 'em back!).

Does LaCroix Still Rhyme with Enjoy?

Which brings us to LaCroix. A lot has changed in sparkling water since we so effervescently described LaCroix’s bubbling success in early 2016. The field has gotten crowded with Pepsi, Coke, and generic competition, and with Kirkland's three new flavors (lemon, lime, and grapefruit) it is only going to get tougher for the neon-canned millennial favorite.

If it weren’t bad enough that Kirkland seriously undercuts LaCroix’s price point (by 33 percent!), the cans in which they are sold are blink-and-you-can't-tell-the-difference identical to the iconic, social media friendly packaging that made LaCroix so recognizable. No really, look!

And remember, we are just talking about flavored bubble water here. The only difference between LaCroix and Kirkland is advertising and marketing budgets (and, maybe if you have a sommelier’s pallet, the grapefruit flavor, which this blogger still swears is just a little different).

Additional examples of Kirkland intrusions abound, so here's a couple more quick ones. They recently launched Kirkland razors, which sell for 24% less than Gillette’s Mach 3 refill cartridges, looking to capitalize on a necessary but burdensome expense in our daily lives. And when Kraft-Heinz (FKA Kraft) raised prices on Planters products, Kirkland came on the attack, and nowadays the Costco nut aisle is almost entirely in the Kirkland family.

All this undercutting, imitating, and market share massacring must really really stick in a manufacturer's craw, right? Well, we'll get to that.

Beyond sales revenue, the Kirkland line helps Costco in other, more subtle ways.

First, and most obvious: selling quality products as inexpensively as possible makes Costco membership more attractive. Though toilet paper may be Costco’s best-selling item, the TP-derived revenue pales in comparison to the sum total of their yearly membership dues. Keeping customers feeling as though they get the best buys on the market (even better prices than Best Buy!) keeps them renewing. 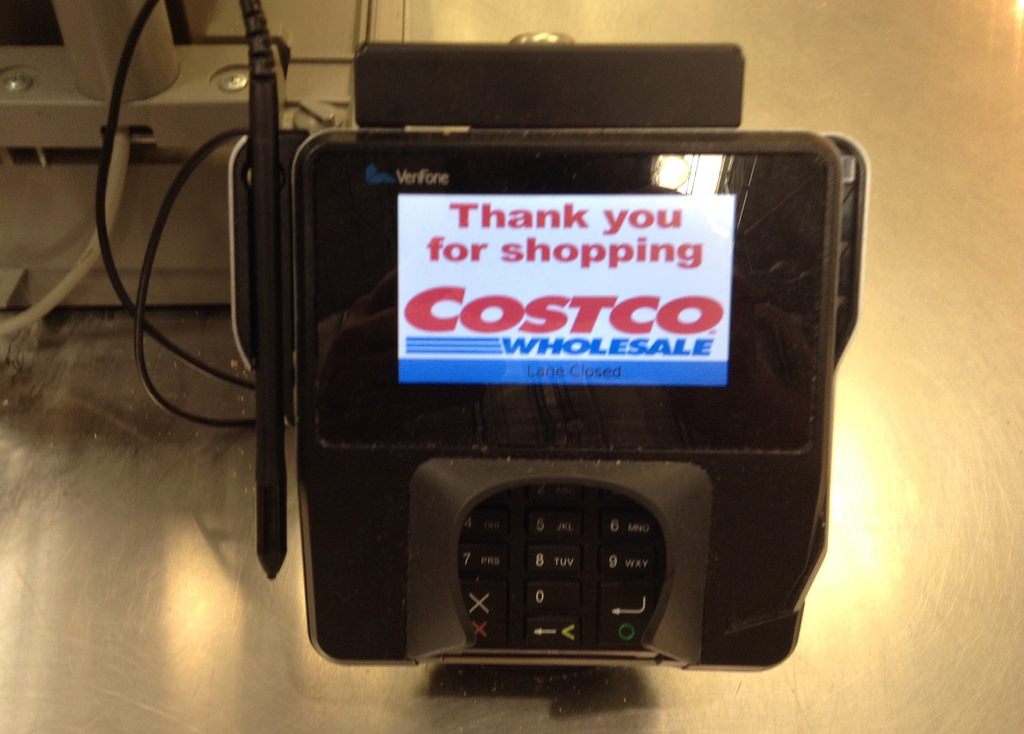 Additionally, the looming threat of a Kirkland rival gives Costco leverage over manufacturers who must keep their prices down in order to maintain market share in the nation’s biggest warehouses. It is widely known that Costco greenlights Kirkland products when they find they can be sold at least 20% lower than a brand name top seller. In the same way that manufacturers’ margins are Amazon’s opportunities, Costco will either press brand names to lower their prices (as they recently did with Blue Apron) to make membership more attractive, or they will undercut the manufacturer with a 20% gap.

Once the Kirkland threat goes from looming to actual, brand name manufacturers will often come back with product tweaks, new packaging, and redeveloped marketing campaigns. All of this directly benefits Costco by ensuring the brand name merchandise in their store, already under pressure to be price competitive, is also continuously improving by sheer necessity.

This pressure can also lead manufacturers to develop only-at-Costco merchandise—products exclusively offered to Costco members. Such exclusives are the definition of Amazon-proof products, which must be a cornerstone of any predominately brick-and-mortar retailer’s operations.

Obviously, Costco doesn’t raise the pigs that become Kirkland bacon or grow the hops that will become Kirkland beer. Indeed, with a few exceptions (rotisserie chicken, for example) Costco, like other retailers, does not manufacture their private label products. Instead, they reach agreements with national manufacturers and simply add their own branding. Though they are the same product, they are always less expensive than national brand since the products do not come with marketing and advertising budgets. And with the volume Costco sells, they can keep margins razor thin and still make money.

Though Costco does not disclose which manufacturers produce Kirkland products, the internet is all too happy to fill in the gaps. Grey Goose, Jim Beam, Macallan, Pureology (my mother's brand!), Huggies, Bumble Bee...the list of national brand partners producing Kirkland goes on and on. 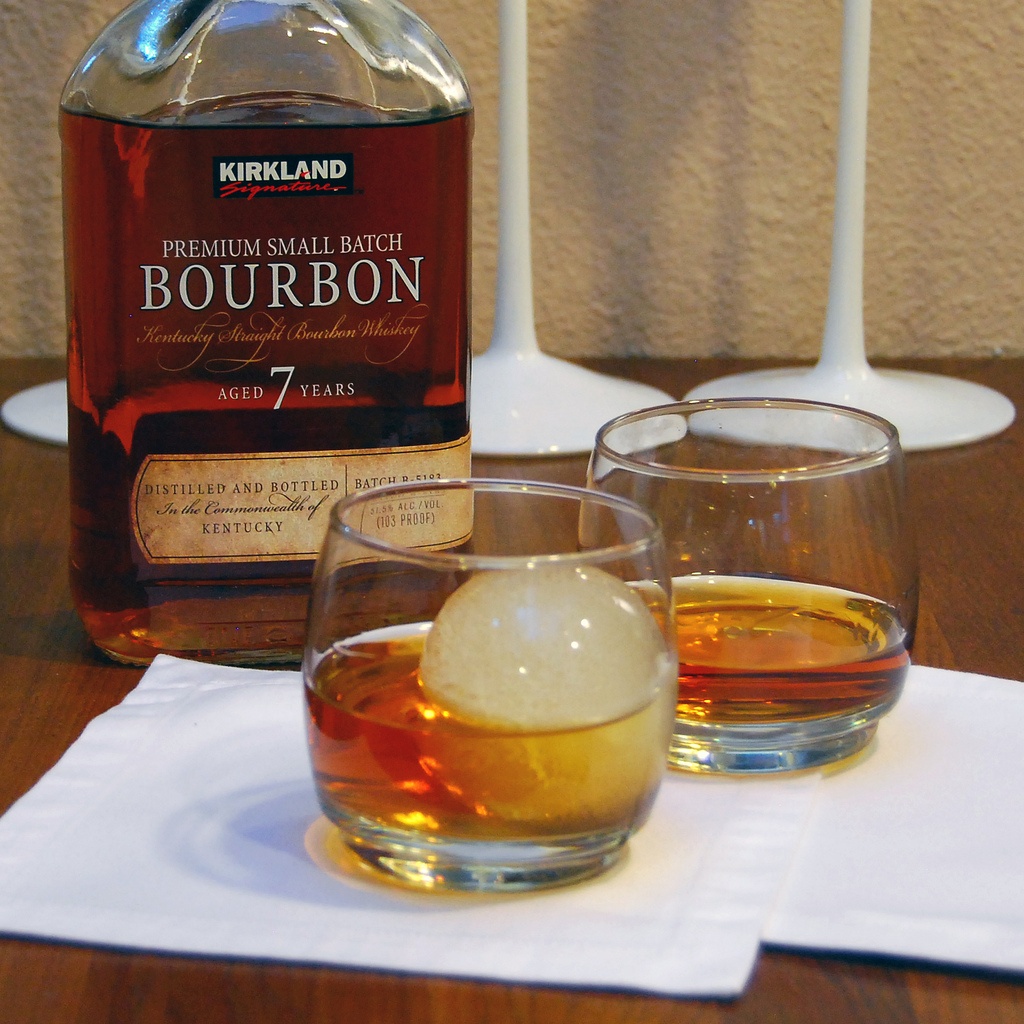 But why would these brands make products that will compete for shelf space and basket share at a lower price point than their own branded ones?  Let’s explain it with a quick gambling analogy: What’s the only thing worse than somebody winning a million-dollar jackpot in your casino? A million-dollar gambler not playing in your casino in the first place.

For manufacturers, the calculus is similar. If Bumble Bee didn’t make Kirkland tuna, StarKist might. Kirkland will exist regardless, and if it isn’t you producing it, your competitor will. So better to get on the train than get run over by it.

Likely Kirkland partner Kimberly Clark recently claimed that their private label manufacturing only accounts for 5% of their business, so it’s not like national brands are being subsumed by their private label obligations. But they make exactly zero dollars if Kirkland paper products were made by somebody else.

But it’s not all milk and honey for Kirkland (though they sell those too). The next generation of bulk discounters are not physical but entirely digital—boxed.com and brandless.com both offer their own private labels and are competing with Costco’s slow-to-develop digital operations. Obviously, as digital-only retailers, their operating costs are lower than Costco’s, and as digital becomes dominant, they stand to undercut the undercutter.

To ward off such encroachment, Costco should be optimizing its online capacity by running various omnichannel and mobile market research methodologies. We would suggest shop-alongs and panel surveys, sure, but nothing is as important as a penetrating competitor analysis.