Fast-food chains across the country and around the world are finding that they cannot keep key ingredients and supplies in stock, limiting the availability of certain menu items and hindering operational efficiency. We are talking about basic items here like Frozen French Fries, produce, meats, condiments, and even paper bags and napkins.

And while the world has experienced shortages of raw materials as we end COVID restrictions, these shortages are different. They are caused by a combination of shifts to demand, shipping, and labor patterns that have all combined to make new kinds of shortages, ones that have much less to do with the scarcity of raw materials than they do with the difficulty of transporting finished goods.

Restaurants, both fast food chains and independent eateries alike, simply aren’t getting their deliveries on time or, in some cases, at all.

Connecticut-based chef Manny Pacheco was one of those affected.

“Deliveries were coming much later in the day, sometimes at night during dinner,” Pacheco described last week. “Then I got a phone call from one purveyor that my Tuesday delivery that had been postponed to Wednesday was canceled again and hopefully would be scheduled for Thursday.” 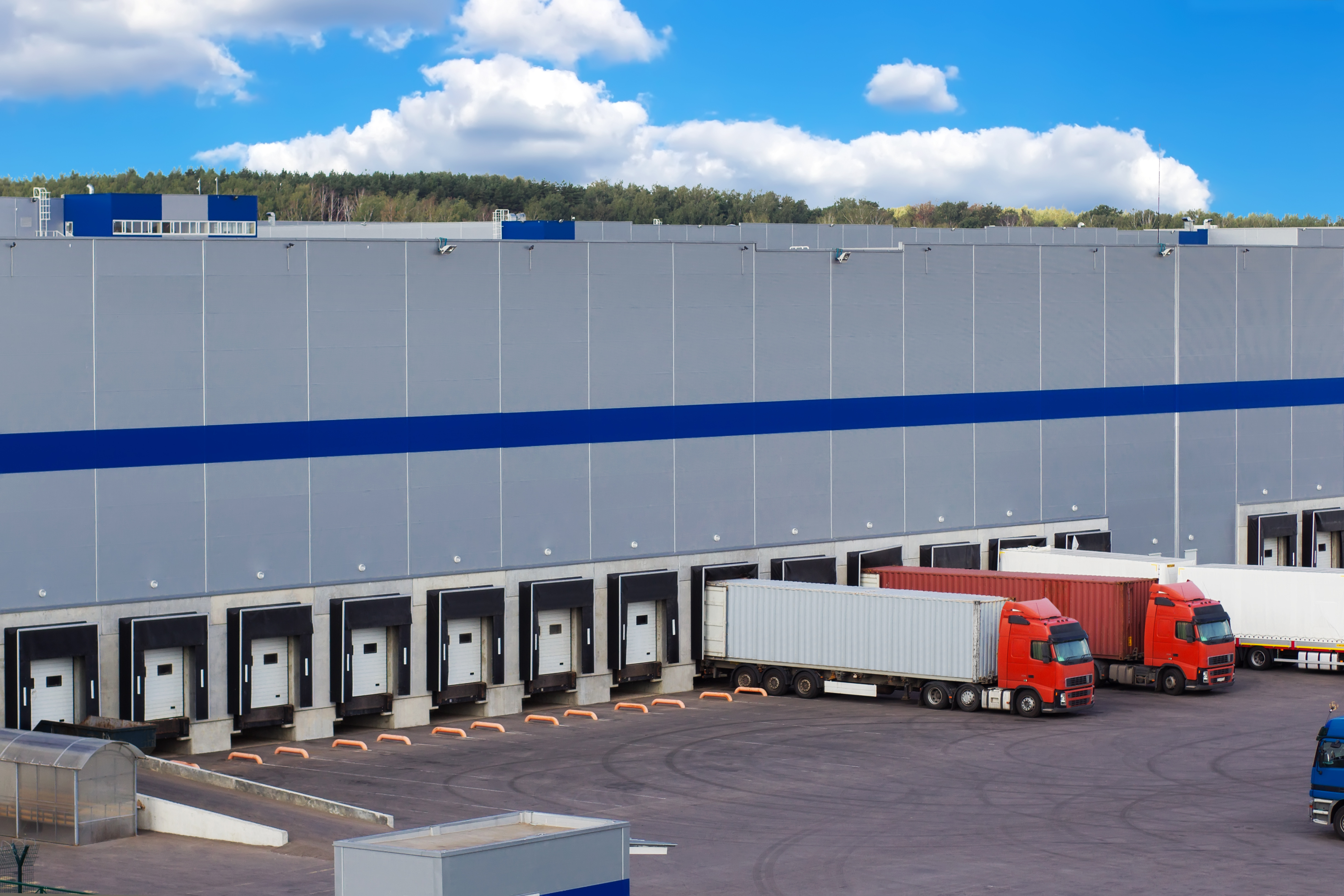 So, let’s put in the food service market research to understand this post-pandemic scarcity and the disrupted shipping patterns that have caused it. How has our blessedly swift vaccination and return to normalcy exacerbated this supply problem, and how do shifting labor patterns complicate this further? We are happy to report that market research is still in supply!

Reuters has done some very helpful work chronicling the current shortages plaguing restaurants both in the United States and abroad. While we will not go through each and every restaurant facing supply challenges, a few examples should suffice:

These shortages concern restaurant operators who fear alienating their customer base that may buck at the inconsistency of their menu. They finally got their customers back in the door and they want to give them what they want. 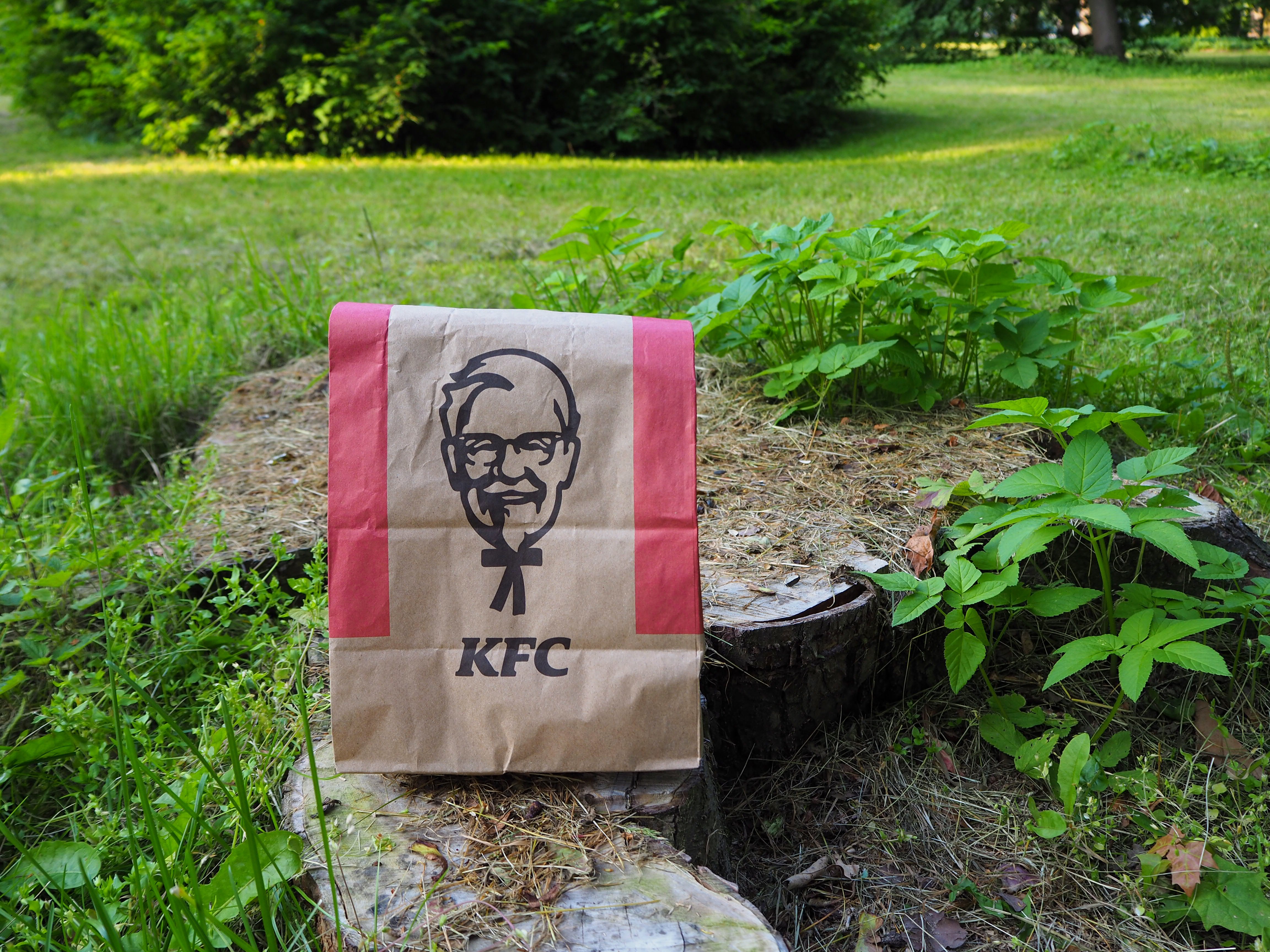 Kerry Byrne, who operates a Logistics company in Cincinnati and works with many fast food distributors sees the challenge for fast food operators.

“Companies are putting things on sale or restaurant chains are offering promotions on special items but then they’re not sure they can get the shipments they need to meet the demand,” Byrne said. “I’ve never seen anything like it, and there are no indications it’s going to let up anytime soon.”

OK, so what has caused all of this?

Well, in what can only be described as a good problem, demand has skyrocketed over the last couple of months as people have gotten vaccinated and are returning to their dining patterns with a vengeance. Compared to where we were one year ago, this truly is a best-case scenario. But the supply side will, unfortunately, need some time.

As Scott Dolch of the Connecticut Restaurant Association summed up succinctly: “Everyone is trying to race to get back, trying to play catch up, all at the same time.”

People are more comfortable returning to restaurants, and restaurants in turn are trying to expand their menus to their pre-pandemic depths, having streamlined them in the last year by removing certain items in order to relieve pressure on taxed kitchens. On top of this, they are offering promotions on some of these items to bait customers back into their doors. This adds some strain to an already taxed system.

But it’s not just dedicated food purveyors like fast food chains and restaurants that have shifted demand. It is also events like baseball games, which have opened back up as vaccine rates have increased and COVID cases have decreased. Suddenly, entire stadiums need to source goods to return to operational capacity. This says nothing of corporate events, outdoor concerts, and other recently-green-lit gatherings. 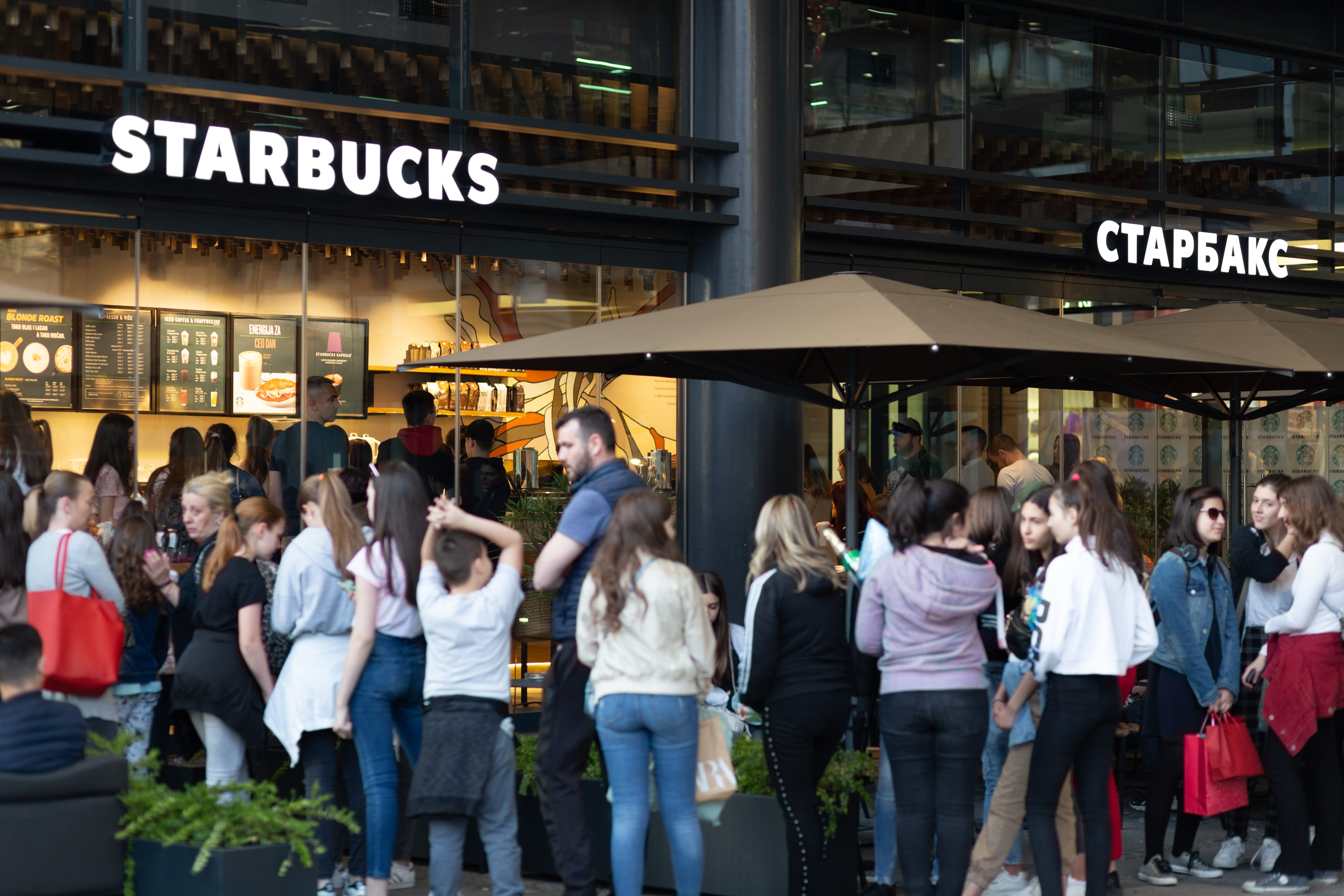 This has led to what economists call the bullwhip effect, where providers (in this case, restaurants) attempt to quickly scale up their operations as demand rapidly increases, stretching supplies and suppliers thin.

“Over the last six weeks, we have seen the market come roaring back faster than anybody would have anticipated,” Allen said. “The startup has been, in many ways, as difficult as the shutdown…Everybody is trying to turn it on immediately and the capacity might not be there.”

Again, compared to where we were a year ago, this feels like a great problem to have. Demand, the most fundamental ingredient of a consumer economy, has returned. People want to spend.

Appropriately, there is an aphorism about the difficulty of quickly pivoting: It’s like trying to turn around an oil tanker. That metaphor works because, once they get going, massive shipping vessels take a long time to slow down and even longer to pivot.

Well, this certainly applies to the current state of the world’s shipping industry, which is still trying to turn into increased demand.

The complexities of international shipping are such that it would be nearly impossible to detail each and every factor conspiring to hinder shipping and limit supplies.

But some of them are easy to explain. For example, COVID restrictions have extended the typical customs check, which now includes extensive health screenings. This delays the unloading of the inbound ship, which delays the next outbound shipment.

Also, the shortage of raw materials has led to irregular shipping patterns, which causes bottlenecks along the supply chain. For example, if a shipping container was expected in New Jersey on Tuesday but doesn’t arrive until Thursday because it was waiting for a delayed lumber shipment, the goods expected to fill the empty container upon its arrival, let’s say napkins and paper cups, are delayed. And so on. And so forth. Since it is transportation, not the goods themselves, that are in short supply, we have started to see a remarkable increase in shipping costs. For example, the cost of refrigerated over-the-road shipping has increased over 20% since February, and is currently at an eye-popping $3.09/mile.

It is the first time in history the cost has gone beyond $3.

Most importantly, however, we have to discuss labor shortages at nearly every link of the supply chain. Companies laid off or furloughed workers at the height of the pandemic and, as in other industries, getting them back has proven difficult.

This isn’t just about the availability of drivers or dispatchers. Every link in the supply chain is facing labor shortages. This means understaffed production facilities, distribution centers, and drivers.

Mark Allen of the International Foodservice Distributors Association recognizes the strain this causes.

“People cannot get the labor back, whether that’s working in the warehouse or somebody with a commercial driver’s license,” he said.

While we are not going to get into the specific factors contributing to this labor shortage (we will save it for a future blog), we would also be remiss if we did not point out that tighter border restrictions have strained immigrant labor, which underpins production and distribution industries (as it does every industry).

Supply chains are called supply chains for a reason—they result from an interconnection of industries. Labor shortages, then, are causing a chain reaction, pushing delays further and further up the chain, causing today’s current shortages. 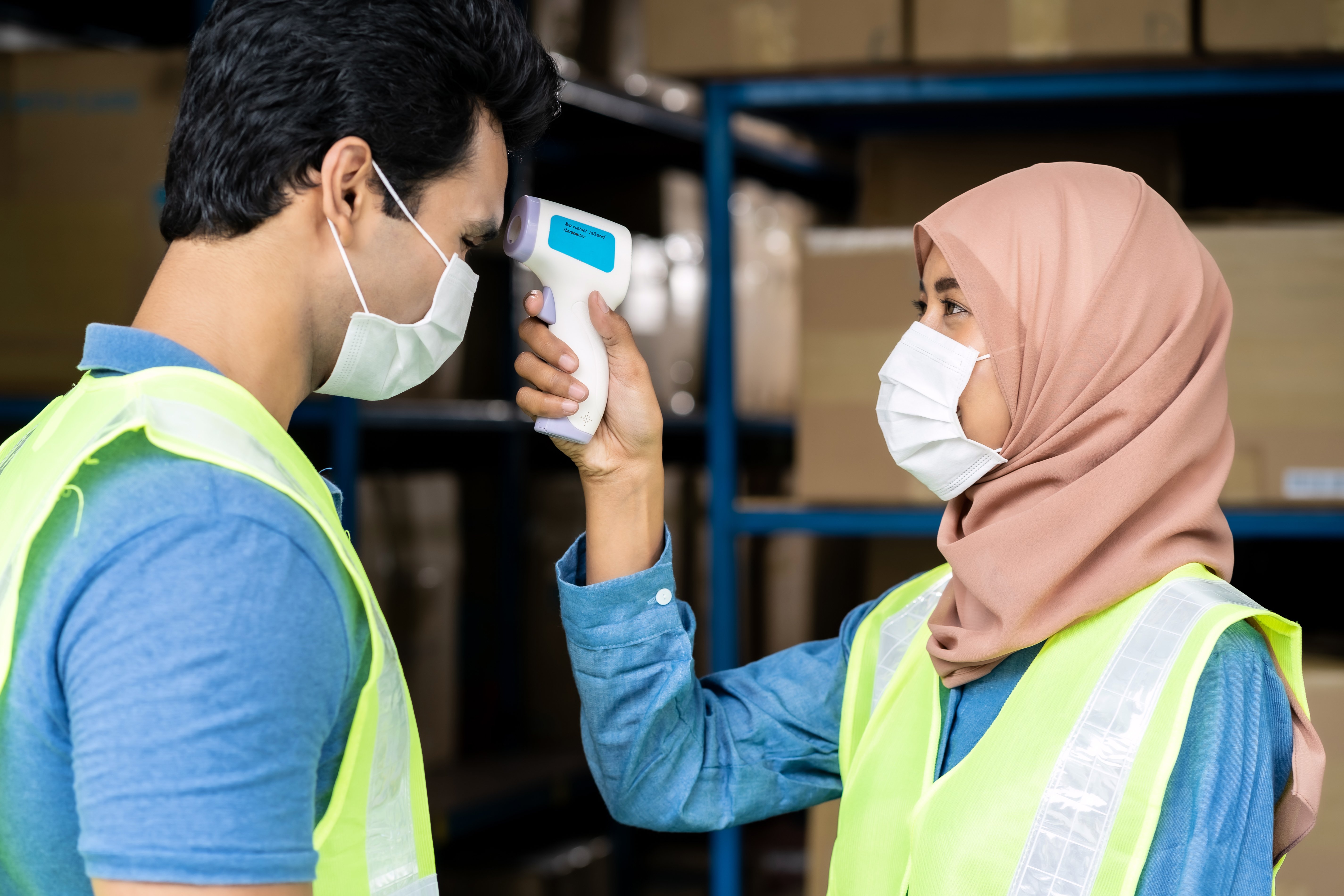 The Path Forward and a Little Perspective

Like the proverbial oil tanker, there is no quick way to turn this around. Clogs at every point of the supply chain must be flushed before the system can operate at a capacity sufficient to meet demand.

James Bullard, the president of the St. Louis Federal Reserve, predicts that bottlenecks will last “well into 2022.”

Scott Dolch of the Connecticut Restaurant Association says restaurant operators agree with this grim forecast but have hopes for an earlier resolution.

“I ask restaurants, ‘If you had a crystal ball, how long do you think this thing will level out and go back?’” he said. “They think throughout the whole summer. It might take until September or October.”

Look, we generally speak directly to businesses in this market research blog. And honestly, for businesses, the only thing they can do is manage customers’ expectations. They can’t turn around the oil tanker themselves and no amount of pressure can unclog the supply chain.

But business leaders are also consumers, and, honestly, consumers need to chill out.

Think about where we were a year ago, think about where other countries, like India, still are. Sure, you may have to swap in almond milk for oat milk in your turmeric latte, but this is the textbook definition of a first world problem. We understand, you’ve waited so long to get what you want that when you finally have the opportunity you really, really want it. But let’s all take a deep breath and celebrate what we have.

Because getting exactly what you want may take some time.