As we hit the halfway point of Pride month, we are sharing some lessons we’ve learned and perspectives we’ve gained as we strive to make our workplace more accessible, safe, and comfortable for our transgender and gender non-conforming colleagues.

Collectively we still have a long way to go in unlearning the social conditioning we underwent as children, which rewarded gender conformity and stigmatized non-conformity. But at TrendSource, we believe that if we want people to be entirely comfortable in their identity and expression, workplaces – the great social nexus of adulthood – must lead the way.

What We Have Learned 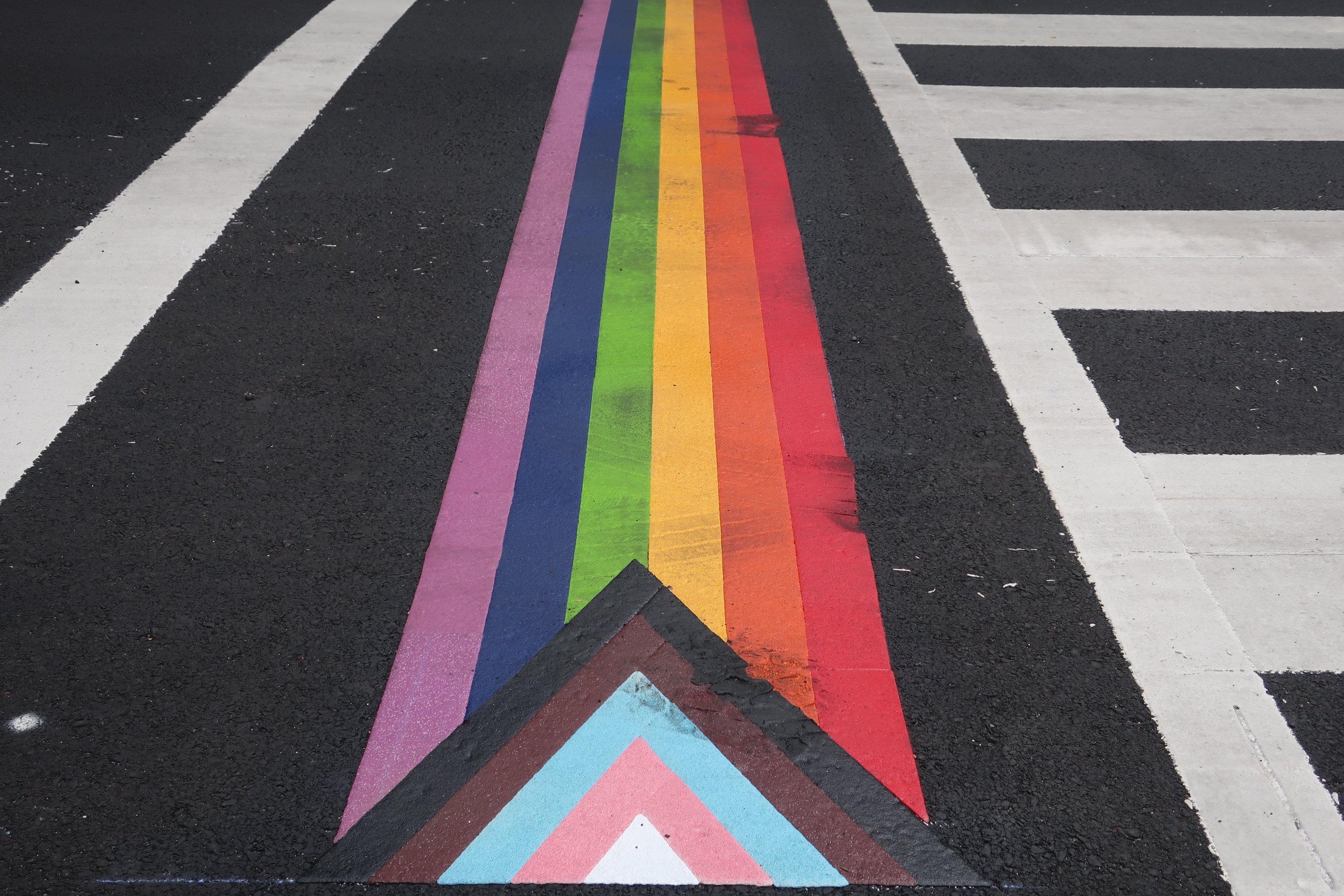 To want to be a part of the change, it helps to learn about the challenges transgender and gender non-conforming people face in the workplace.

One of the nastiest parts of discrimination is that it forces victims to police their own expression to avoid hostility and discomfort. For example, a 2015 survey of 27,715 trans individuals in the United States showed 77%, took active steps to avoid mistreatment at work. Those steps included concealing their gender identity, delaying a planned gender transition, refraining from correcting colleagues about their pronouns, and even quitting their jobs.

Things may have improved… but it’s still not good enough. A 2020 Harvard Business Review survey of transgender employees in the United States revealed that nearly half, 47%, daily faced at least some discriminatory behavior at work. These include transphobic remarks, being ignored, and being pressured to act in “traditionally gendered ways.”

Regardless of how people identify and express their gender, they clearly deserve respect, safety, and protection. While we cannot mandate acceptance and appreciation, there are structures that can be put into place and policies amended to foster inclusion.

Today, we will talk about what this looks like in practice. 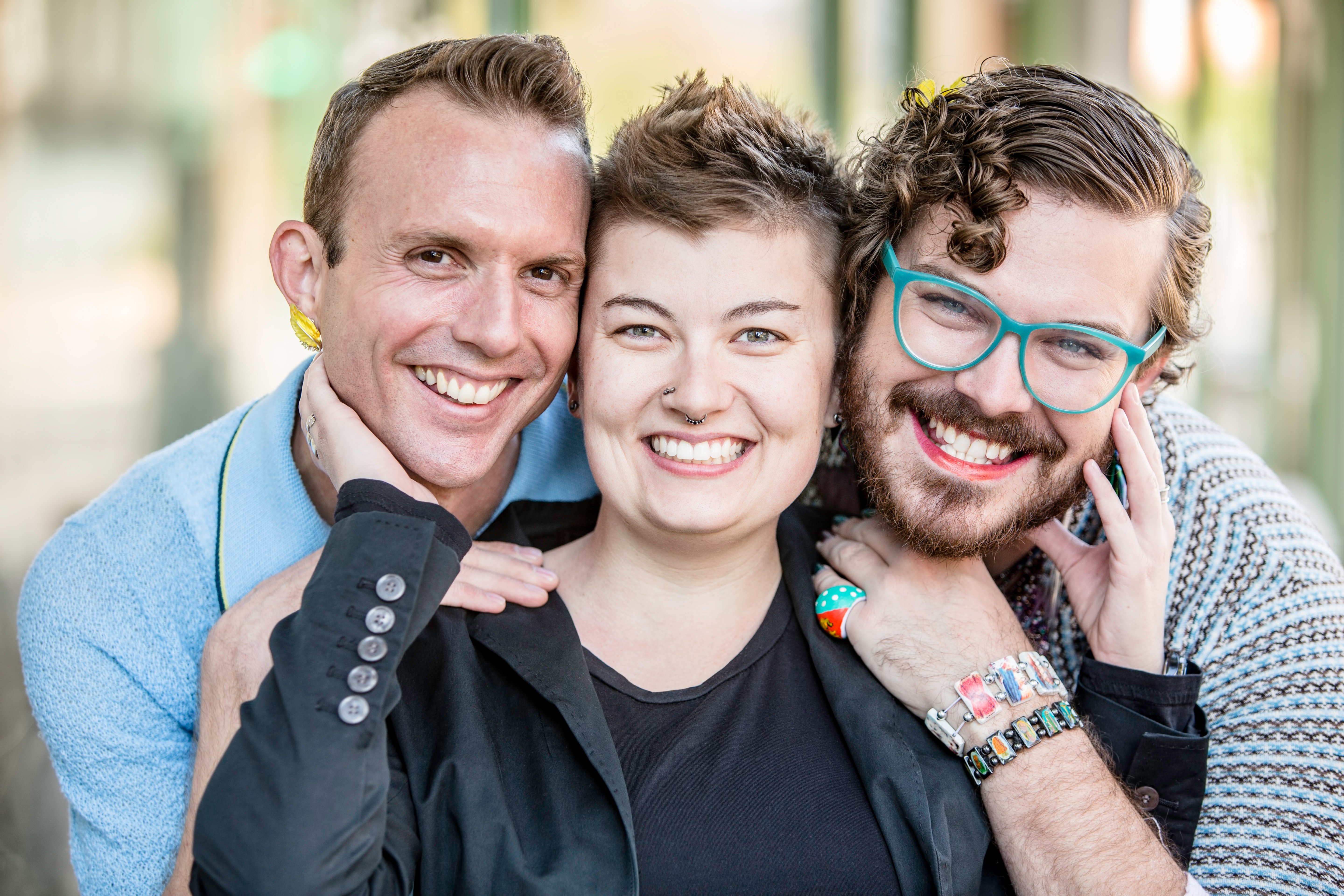 Let’s start with pronouns, which have become a controversial topic and a focal point in a culture war that dehumanizes people on a daily basis. We choose to fight through this noise and do what’s right.

We often hear talk about “preferred” pronouns when it comes to transgender and gender non-conforming individuals. The problem is, there is nothing “preferred” about people’s pronouns or names. To label them as such implies a choice where none exists and suggests there is some elasticity or wiggle room here when there isn’t.

Instead, a person’s pronoun and name are just that—their pronouns and name. These are correct and unquestionable; they should always be respected. At TrendSource, we believe companies must allow people to identify with whatever pronoun fits them, whenever they want.

That said, well intentioned people will make honest mistakes from time to time. When somebody misgenders or deadnames their coworker, the cultural expectation should be they immediately apologize and move on. Misgendering and deadnaming (referring to an individual by their birthname even after it was changed in a gender transition) can happen from time to time and will lead to discomfort. And while the mistake cannot be undone, it can be a learning experience.

Accidents happen, yes, but not more than once or twice. This is why employee codes of conduct should include corrective action when employees redundantly and blatantly misgender or deadname their coworkers.

It is also important to remember that gender identity is not a one-or-the-other situation. It is unfair to expect people to fit their identity into a rigid binary, or to keep that identity fixed at a set point once it has been established. This means that workers should feel comfortable shifting their gender identity anytime they see fit.

For example, workforce data reports mandated by the Equal Employment Opportunity Commission still require employers to classify each employee as male or female—it’s an outdated method of monitoring gender discrimination in the workplace. When such reporting is necessary, it is perhaps best to follow the advice of Shelline Bennett, a partner in one of the largest public employment firms in California.

Bennett asserts that employees should be allowed to self-identify as they wish on this report, but more importantly should be reassured that they need not conform to that same gender expression in the workplace or anywhere else. Identity is fluid and workplace practices should ideally reflect this fluidity and choice. Pending our own due diligence, TrendSource will be pursuing this course in our next mandated assessment. 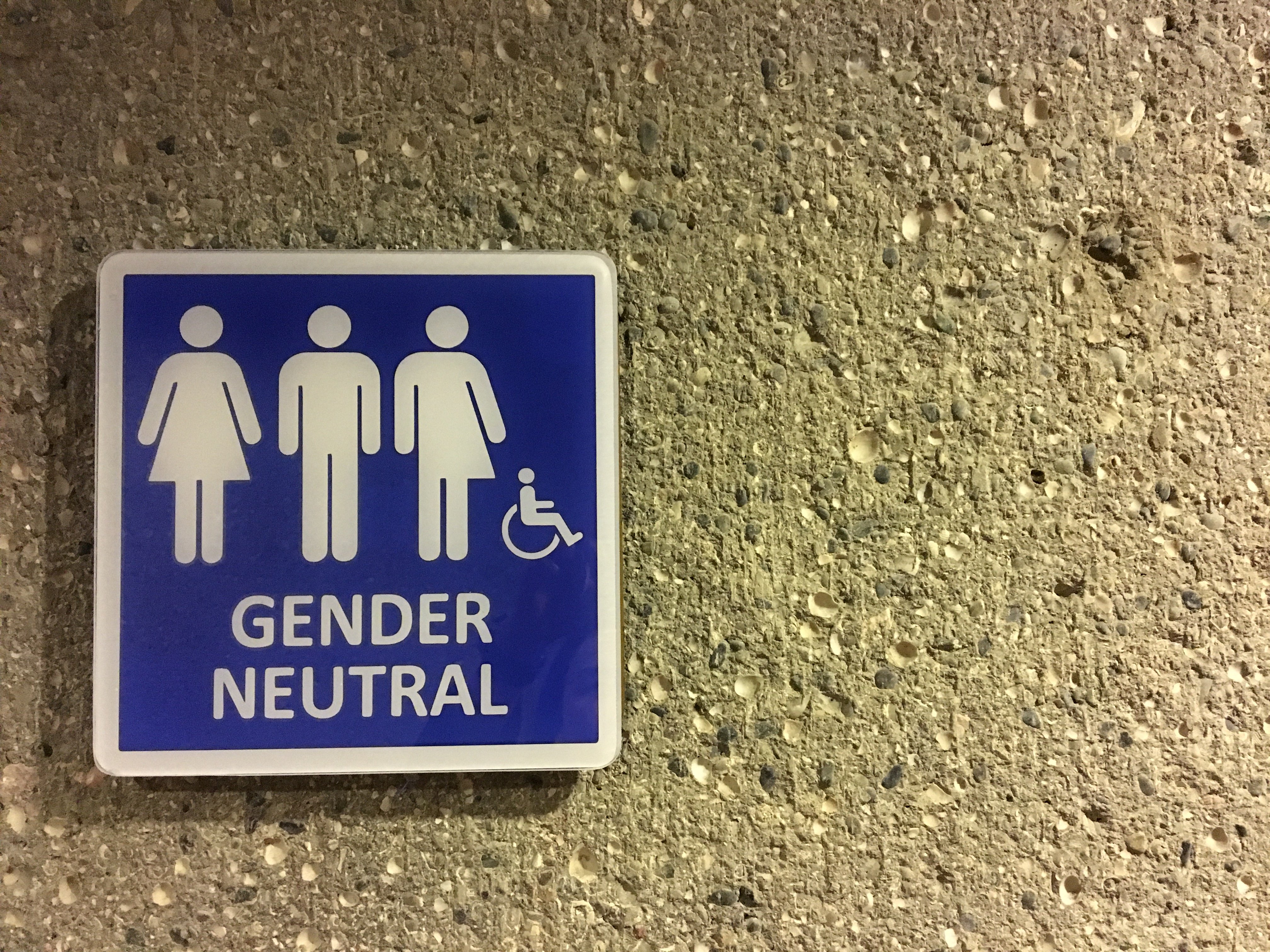 Gender specific spaces like restrooms are another regrettable focal point in an unfortunate culture war. Like pronouns, however, it is very obvious what the right thing to do here is. In a workplace, gender-exclusive spaces such as restrooms, locker rooms, and showers absolutely must offer a gender-neutral option.

To be clear, we are not talking about doing away with the lady’s room here—that’s a whole different conversation. What we are talking about is so much easier—it’s just offering a gender-neutral alternative for those who don’t identify with the either/or choices restrooms represent.

For some cisgender people, the very idea of a gender-neutral restroom may initially feel uncomfortable, but this discomfort and fear is nothing to compared to the discomfort and fear (to say nothing of the hostility) that transgender and gender non-conforming people feel every day.

This is why TrendSource continues to offer both gender-specific and gender-neutral restrooms in its offices. And we have had exactly zero complaints from our cisgender employees, who continue using the restroom they prefer with no concern or discomfort. But for our gender non-conforming employees, it makes all the difference in the world. 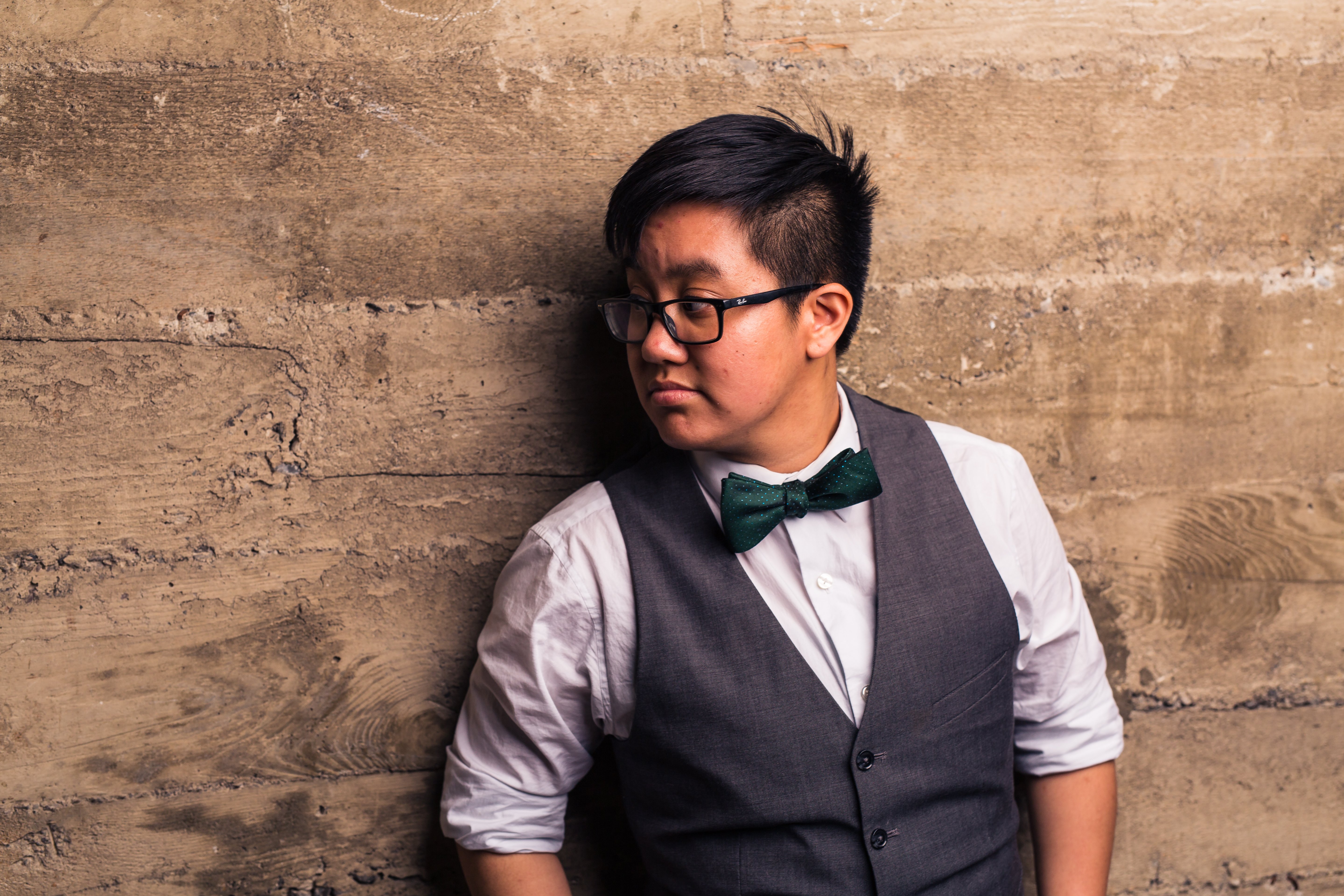 When it comes to dress codes, all gendered language should immediately be removed from every company’s dress code policy. All of it. Every single word. No more of this, “women’s skirts should be a certain length” or “men’s shirts must be collared and buttoned.”

Skirts are skirts; shirts are shirts. When you think about it, gendering them is silly and rather pointless.

Instead, companies should set dress code standards in terms of functionality, which is what TrendSource has done both for its in-office employees as well as Independent Contractors. Clothes have functions, not genders, and stripping them of their gendered implications is easier than you might think.

From there, employees should always be offered a range of options to comply with these functional mandates. That means that anybody who wants to wear a pantsuit or a professional skirt or a polo shirt can. And whatever your policy is on makeup and nail polish, it must extend across the entire workforce, not just for people who identify as (or who you identify as) female.

Obviously, this goes a long way in destigmatizing varying gender expressions in the workplace. Also, these policies will likely help companies in their recruiting efforts.

Sure, there might be discomfort and even discrimination among clients, but TrendSource decided a long time ago that any business we would lose because of our gender-neutral dress code was business we were willing to lose.

We are not being glib or grandstanding when we say that any company that don’t want to work with us because we let people dress their gendered identities may feel free to seek out our competition. We will be sorry to see them go, but we will not sacrifice our values to meet our business goals. 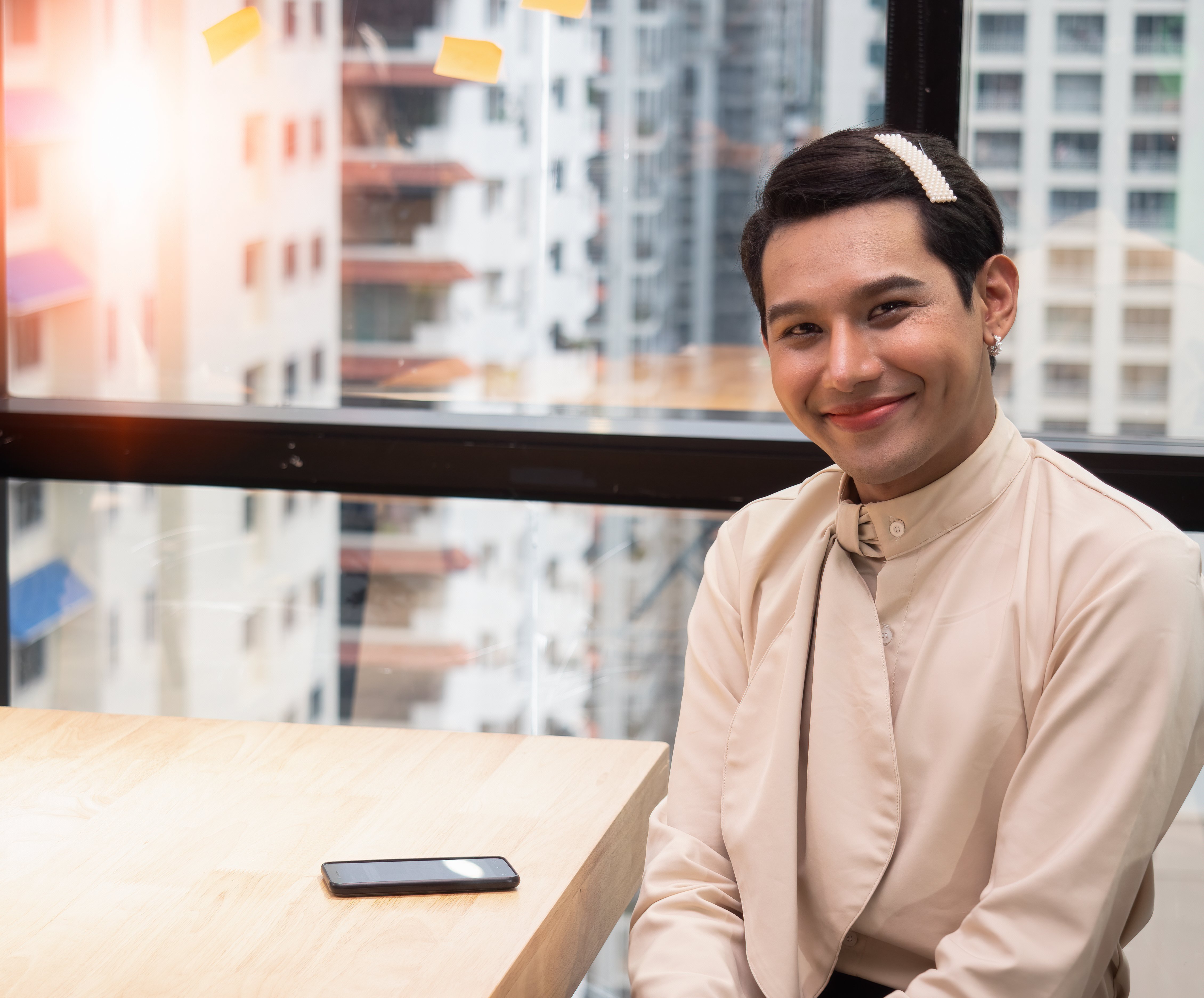 We are going to close with non-discrimination policies, which are both incredibly simple and troublingly complex.

First of all, a non-discrimination policy must be exactly that—a policy that prohibits discrimination. Easy, right? Well, not so much actually.

Instead, policies should be written in a way that does not protect individual people with individual identities, but more broadly polices the way employees engage discussions about gender.

For example, institute a policy that states it is never appropriate to discuss an employee’s gender presentation in the workplace, regardless of their gender identity. Think about it, there’s no reason anybody should be telling a cisgender straight man that he looks particularly manly today. It might be fun banter for some people, but it is not appropriate for the workplace and serves to make gender non-conforming people uncomfortable while reinforcing gender binaries. And it’s just weird.

Non-discrimination policies built around shared values, not individual identities, are a much more proactive way to cultivate an inclusive work environment.

This is much easier said than done, of course. TrendSource is currently working on reconciling legal questions with cultural values to reconsider the form and function of its anti-discrimination policy. We still have to walk the walk after talking the talk, but we are taking our first steps as we speak. 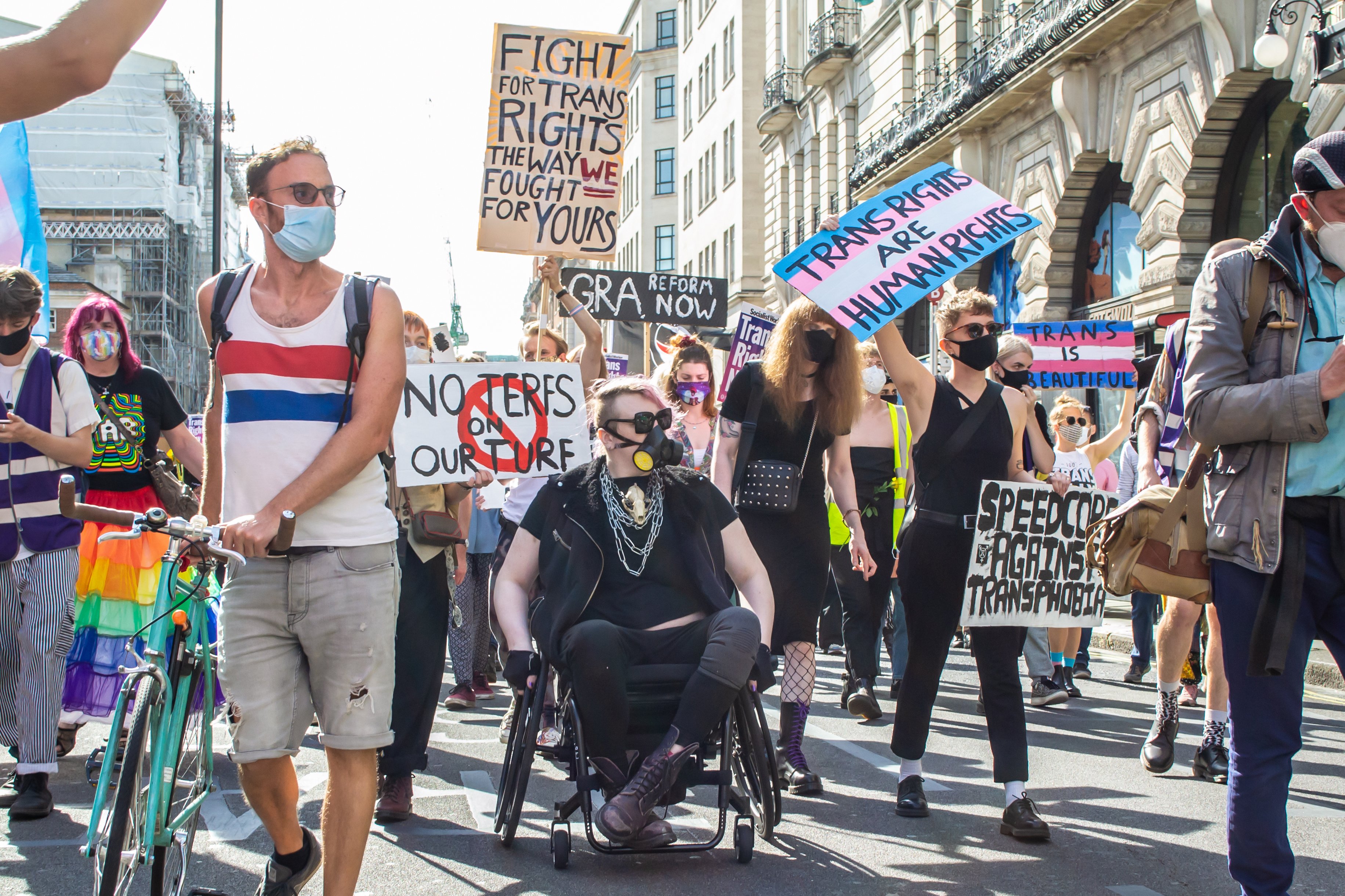 Look, it’s not great out there right now. Many states are doing their darndest to erode transgender and gender non-conforming rights. Bills attacking access to gendered spaces and activities, to education, and to gender appropriate health care are all being pushed through state houses even as you read this.

Additionally, state and federal laws remain hazy on the extent to which transgender and gender non-conforming people fit into existing civil rights protections. There is some hope that this will change, but companies must not wait for the government to force their hand.

This is why TrendSource continues to work to proactively incorporate policies that support non-specific gender expressions and identities. Companies should promote and protect the rights of all people, whatever their gender identity, because it will make employees happier, workforces more cohesive, and will further increase other employees’ understanding and acceptance of their coworkers.

We are not leaders or experts, but we are doing what we can. We hope you will too and that the work we have outlined will help conversations translate into direct action.