Part 3 in our series on cannabis and the future of business. Read Part 1, Recreational Marijuana and Market Research: Natural Buds, here, and Part 2, Cannabis Food and Drink, here.

Snoop Dogg (aka Snoop, aka Snoop Doggy-Dogg, aka the D-O-double-G) and Jack-in-the-Box are teaming up for a "Merry Munchie Meal." Fo'shizzle, they're promoting their food with a  tongue-in-cheek, wink-wink marketing campaign aimed to those under marijuana’s influence -- “We've got your stoned munchie needs covered,” Jack-in-the-Box is basically saying.

So, for part three of our series on the market research of marijuana, we are going to examine the many ways restaurants are planning to, and in many cases already are, marketing directly to stoners and their famed munchies. How will marijuana legalization affect those in the food industry? As a Bloomberg headline earlier this year read, "Legal Weed May Be a Windfall for McDonalds and Taco Bell."

For their part, Jack-in-the-Box is offering a veritable blazers bonanza for California's legal recreational smokers. For $4.20 (yes, of course that is the cost), customers receive: three chicken strips, two tacos, five mini churros, small fries, small onion rings, and small drink. While explicitly linking their products with marijuana munchies is entirely new, it continues a long tradition of tacit allusions to stoners in their marketing.

And they are not being coy about the move in any way. “We are about welcoming all of our guests, no matter what they’re craving or why they’re craving it,” Iwona Alter, chief marketing officer for Jack in the Box offered (before introducing their new blacklight menus, no doubt ;).

Of course, this is not the kind of thing that will play coast-to-coast—regional politics and particularities will have to determine how aggressively Jack wants to play his pot hand. As consultant John Gordon noted about the move, “This won’t work in Topeka.”

Nonetheless, if we could just, for a moment, marvel at the genius of this product: Like we said, marketing to stoners is nothing new. And though they are being much bolder than heretofore possible, the true genius of this move is that it all comes as one predetermined order. Have you ever stood behind a stoner in a fast food line? "Um, wait, well, um, can I get, does this come with, wait, what?" Yes, that's a cruel generalization, but highness in general does not lead to decisive action. The Merry Munchie Meal makes things easier on the high customer, the customers in line behind them, and the restaurant itself. Like we said, genius.

The Science and Manipulation of Munchies

Associating marijuana consumption and hunger isn’t just popular perception and cliché, however, as there is actual science (such a dirty word these days!) behind this. THC, a naturally occurring substance in marijuana plants, stimulates users’ cannabinoid receptors, which control our perceptions of pain, mood, and, most importantly, appetite.

This is something marketers and restaurateurs have long known. Three years ago, Peyton Manning explained why the 30 or so Papa John’s franchises he operates were performing so much better than those in other states: “There’s some different laws out here in Colorado. Pizza business is pretty good out here, believe it or not, due to some recent law changes.”

And now, in the laboratory that is Colorado’s three-year experiment with weed legalization, data scientists have been quantifying just how much of a bump restaurants get when their customers are under the influence. 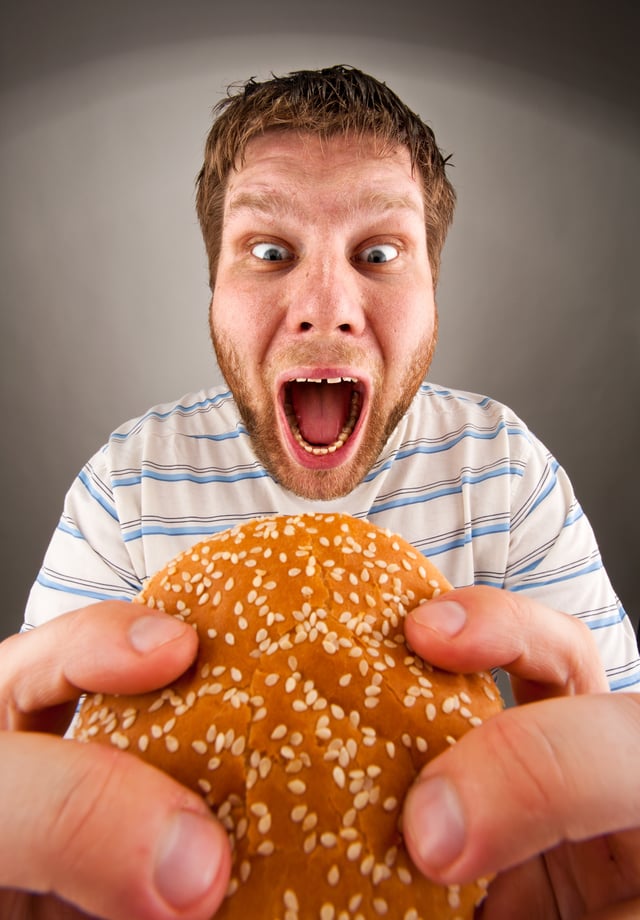 A cannabis research group surveyed Colorado residents who had and had not consumed marijuana in the past thirty days, and then tracked their fast food consumption. According to their data, every single fast food establishment except one saw an increase in foot traffic among high consumers. Taco Bell sees a 43% increase among the inebriated and is the clear stoner favorite, though by virtue of sheer volume alone, McDonalds is the most trafficked.

The only loser in the survey? Subway. While most fast food is seen as an indulgence to be enjoyed when one's dietary concerns are cannabis-calmed, Subway markets itself as a healthy alternative to such indulgence. They will need to get some Ben and Jerry’s freezers in their locations, stat!

The majority of fast food stoner traffic results from people smoking up at their preferred location and then, in a scene right out of Harold and Kumar, going on a mission to their favorite fast food joint. “Dude, let’s get some curly fries,” we can almost here them saying.

Some of it, however, is even more direct and gives new meaning to an old adage: “location, location, location.”  Indeed, according to Derek Peterson, who operates an Oakland dispensary, noticed something peculiar. “About 50 yards from us was a gross old Taco Bell. About a year after we opened, they tore the place down and built a completely new and gorgeous store front. They must have seen a surge in business to make that sort of capital investment.”

The Other Players: What the Food Industry Market Research Says

And, let us all recall, this is 2018, not 2008. The days of driving or walking our laziest selves to score some sweetly satisfying snacks may be fast behind us. In Merry Jane Magazine (run by Snoop, who else?!) one author noted, “Now with apps like Amazon Now, Caviar, Postmates, Seamless, Grubhub, Delivery Dudes and more, high-class munchies are just a few screen taps away.”

Beyond speaking to convenience, the proliferation of delivery apps allows different economic groups different options based on how much they are willing to pay for their stoner snacks.

Look for these apps to offer munchie themed sections within legal recreational marijuana markets in the months to come. No, we have no inside information here. But we are pretty darn good at food service market research…and we know that, to follow the money, you sometimes have to follow the smoke. 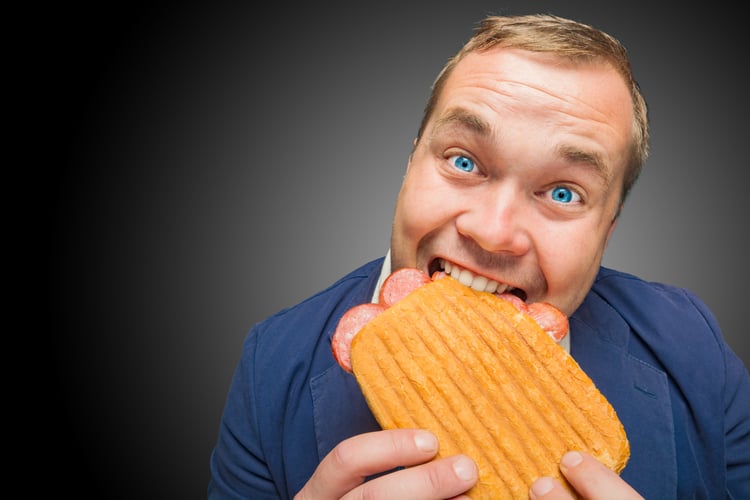 And, as dining increasingly stratifies between delivery and experiential, high-end restaurants will also jump in. One marijuana intellectual (he runs a Netflix-type entertainment platform called BurnTV) has already anticipated a future in which experiential fine dining extends into marijuana culture: “As California continues to move forward, we will see permanent cannabis food experience restaurants come into the fold.”

What are these marijuana experiences? Cannabis and food pairings, for one—let’s just wait and see what high-end chefs can do with an entirely stoned dining room. Speaking of dining rooms, architecture and ambiance designed with a high crowd in mind will definitely be emerging over the next year: everything from ‘anti paranoia architecture’ to full-on dank themed dining (I’ll have the Bob Marley Burger and a side of Snoop Dogg [hush] Puppies).

All might not be heating up in the kitchen though. It seems, according to Eater, that the expansion of the marijuana edibles market has lured chefs from traditional kitchens into marijuana bake houses, causing a dearth of qualified chefs in Colorado’s metropolitan areas. One Boulder-area restaurateur put it plainly: “Colorado’s restaurant labor market is in Defcon 5 right now, because of weed facilities.”

Obviously this is not a concern for fast food chains whose kitchens are not filled with the cream of the culinary crop. However, for everybody else in the restaurant business, this might be the only potential buzz kill.

Apart from that, these next several years will be very exciting to observe as different cannabis-centric strategies emerge. No doubt a plethora of Voice-of-the-Customer market research will be deployed and, in order to truly understand how diners are experiencing restaurants and interacting with brands, shop-alongs (or dine-alongs in this case) will be vital.

No, we are not going back to an era of smoking and non-smoking sections in restaurants, and on-site blazing will not be coming soon to a restaurant near you. But profits will likely be heating up in many a California eatery as restaurants rake in all that green.

See Part One and Part Two of the series on Marijuana and Market Research.