Amazon’s Grocery Checkout and Payment Technology to Spread Among Retailers

Amazon is bringing its checkout-free experience to Whole Foods, or at least to two Whole Foods locations, meaning shoppers in its upstream grocery store will soon be able to fill their bags and walk out without checking out.

The technology, which Amazon first unveiled in Amazon Go stores in 2018, utilizes computer vision, sensors, and artificial intelligence to allow consumers to walk into the store, sign in with their app, fill up their cart, and then, well, Just Walk Out.

But this isn’t just a shiny new toy to drive consumer interest and engagement—it wouldn’t be worth the investment since novelty, eventually, wears off. Instead, Amazon’s Just Walk out technology, combined with its palm-reading Amazon One, is ushering in a new era in brick and mortar payment systems, one they plan on exporting to other grocers and retailers in the near future.

So today we are putting in the retail and grocery market research to understand just how big of a deal this technology is, the ways it will fit into (and indeed shift) certain retail environments moving forward, and the broader questions about data, privacy, and surveillance that these technologies force us to ask. Let’s check it out. 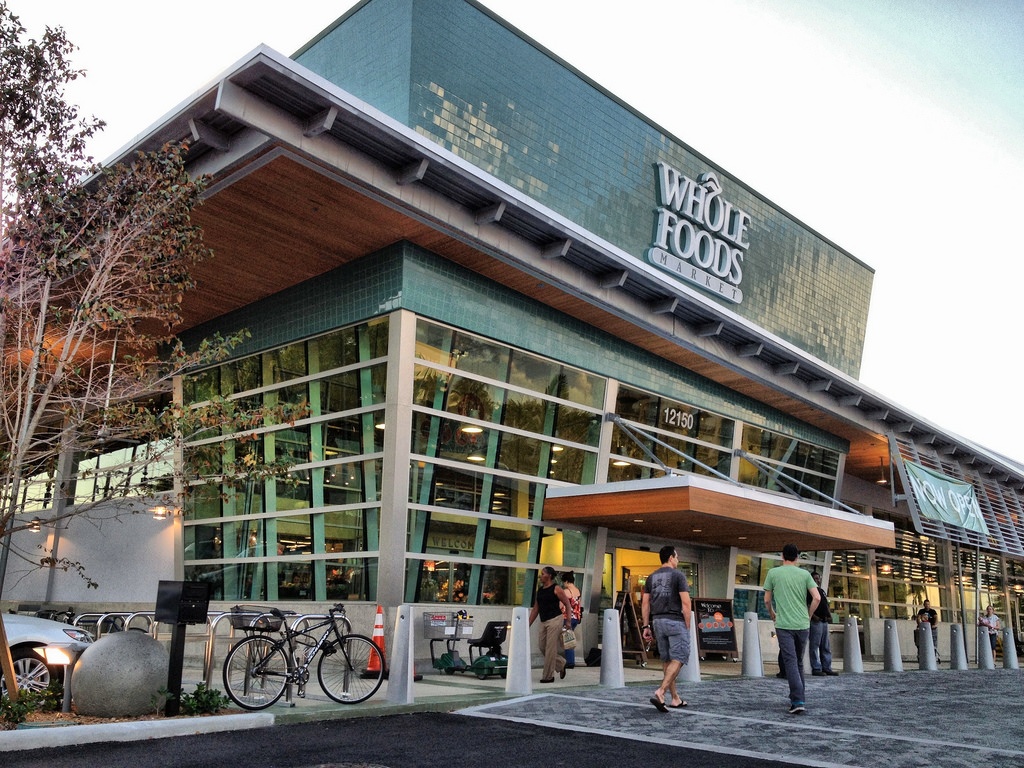 First thing’s first, here’s how Just Walk Out works: upon entering a store, customers are given three options for linking their purchases to their Amazon account. They can 1) scan a QR code in their Whole Foods Market or Amazon app that identifies them, 2) use Amazon One by hovering their palm over a sensor (more on that later) or 3) insert a credit or debit card linked to their Amazon account.

Any of these three options ends at the same result, the system identifies the customer and their Amazon account, and they are then free to shop as normal until it’s time to checkout, at which point they can just walk out the front door.

The technology has been a hit at Amazon Go and Fresh locations. And now it is headed to Whole Foods, debuting in two locations (Washington DC and Sherman Oaks, CA) early next year, and although both Whole Foods and its parent company Amazon declined to state if this technology would be integrated into other locations in the future, it is a safe bet that, barring any unforeseen calamity, it will.

Amazon likes gaining some free press as much as any other company, but the cost and fanfare surrounding this integration can’t just be to grab some attention. That’s because a lot of heavy lifting went into taking a technology primarily deployed in smaller convenient stores and retrofitting it for a store with Whole Food’s square footage and SKU count.

Indeed, according to a recent press release, “In these upcoming Whole Foods Market locations, we expanded our computer vision algorithms to support all of the Whole Foods Market selection people have come to love with the added benefits of Just Walk Out technology.”

Of course, as in Go and Fresh locations, customers can opt out of this seamless experience and choose a typical checkout instead. This allows luddites, technophobes, and people paying via cash, gift card, or EBT to skip skipping the line. New technologies should dazzle, not alienate. 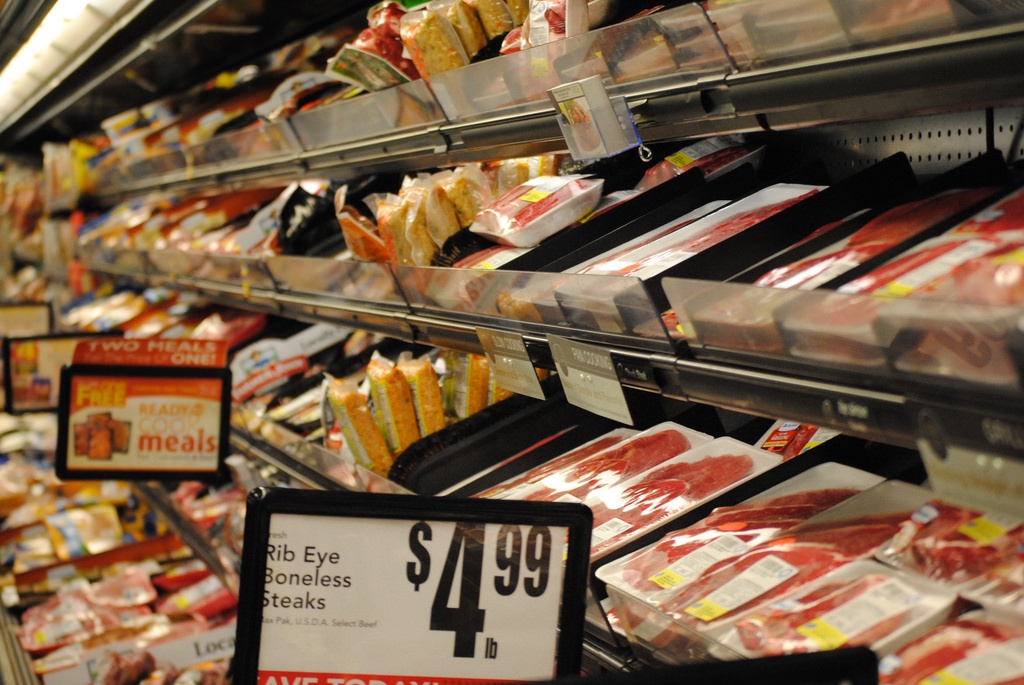 Just Walk Out is launching in Whole Foods in conjunction with a separate but complimentary technology, Amazon One. Amazon One is a payment system that utilizes palm-scanning technology to identify a customer and link their purchase to their Amazon account. It debuted in April in a Seattle Whole Foods as a new method of contactless payment.

By simply waving their hand above a sensor, a customer can pay for purchases using the card linked to their Amazon account or can add other cards to their Amazon One profile at checkout. It can also be used to check customers into stores that are using Just Walk Out technology.

Licensed to Sell: Just Walk Out, Amazon One, and Retail Market Research

Amazon will not be keeping its shiny new toys to itself; it has plans to license out both One and Just Walk Out technology to other retailers.

And it’s not hard to imagine a market for both of them.

Amazon One, for example, seems an ideal solution for certain types of retailers, particularly those that typically engage in one-off transactions with consumers on-the-go or at an event. Think airport retailers, think stadiums and concert venues, think office cafeteria, think urban convenience stores in tourist areas.

At all of these locations, retailers do not have long-standing relationships with their consumers, and efficiency and low overhead are priorities for checkout. Amazon One makes perfect sense here, expediting transactions and providing Amazon with an expanded footprint in brick and mortar retail. No, these transactions are not part of the Amazon Marketplace, but they nonetheless provide the company with a new revenue stream and likely also provides them with new data sources (more on that later.)

This technology seems like a compliment to existing e-commerce options. Indeed, many retail websites already offer consumers the choice to “Checkout with Amazon” wherein they sign in with their Amazon credentials and bill the transaction to their Amazon account and its associated default payment method. Amazon One is an IRL/brick and mortar counterpart to this payment system. 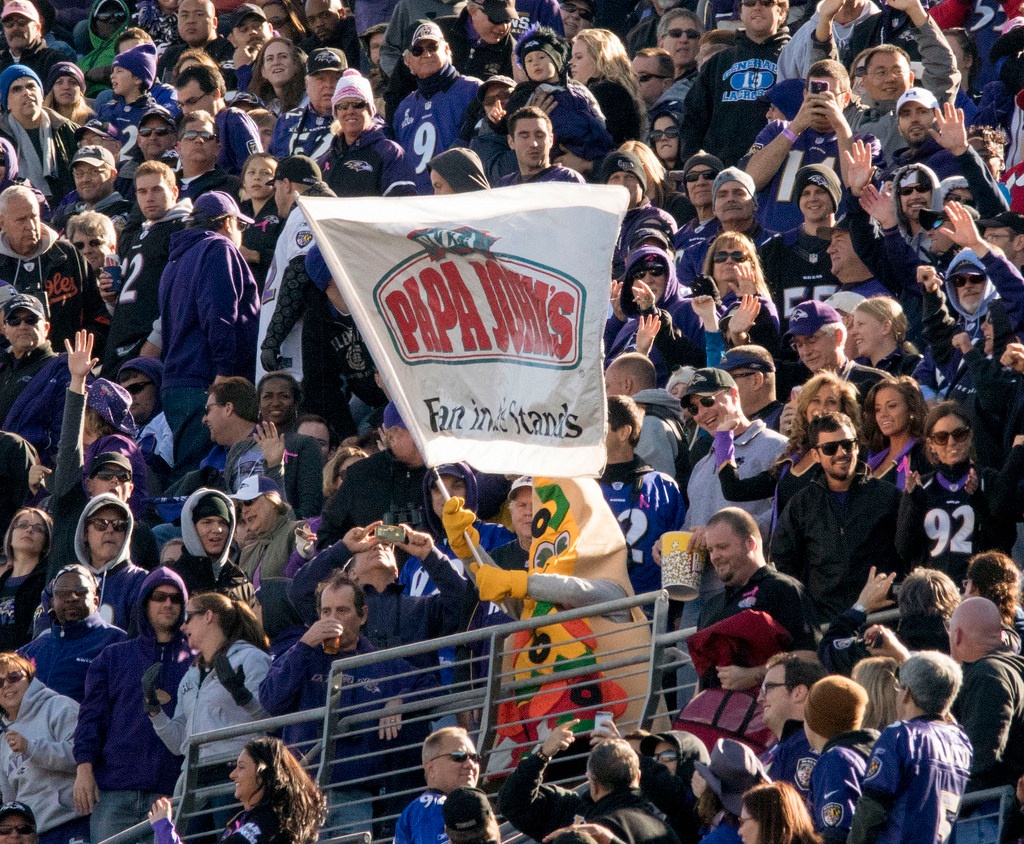 Last we heard, Amazon was in “active discussions with several potential customers” for the technology and we imagine that there will ultimately be some takers. Sure, ApplePay and GooglePay may have gotten there first (and also don’t come with creepy palm-reading tech out of dystopian sci-fi)…but everybody shops at Amazon. We expect this to be merely another form of contactless payment, coexisting alongside the others.

Amazon is also offering Just Walk Out technology to other retailers and has reportedly signed “several” deals with partners. In fact, they just threw up a landing page for retailers interested in (or at least curious about) adoption.

Of course, the version trotted out to third-party retailers will not be the same as the one debuting in Whole Foods, which relies on the Amazon or Whole Foods app to link payments to customers.

Instead, customers will insert a credit card into a gated turnstile, which will then be linked to their in-store purchases. According to the landing page, customers will see a “Just Walk Out Technology by Amazon” banner on this turnstile but all other branding will be left up to the individual retailers.

Also, if the landing page is to be believed, existing stores can be retrofitted for this technology in a matter of weeks.

It can be incorporated into new build stores or retrofitted into existing spaces in a matter of weeks. Amazon will take care of the installation process, and there will be a 24/7 support line for businesses adopting the service.

And just like Amazon One, it seems that, at least for now, Amazon is aiming at smaller convenience stores, independent retailers, and stores with one-off locations related to travel and leisure. No, Target and Walmart will not be integrating this technology. 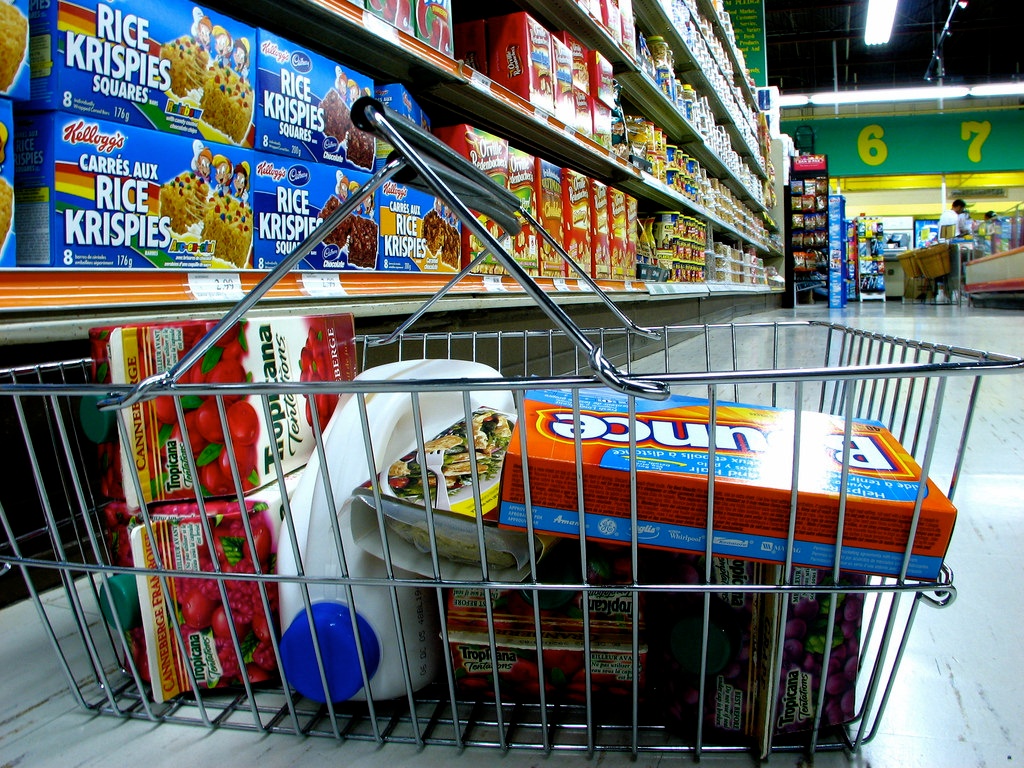 There are, as in everything related to Amazon, concerns mounting about these technologies and their implications.

First, as is often the case, there are concerns about how this technology will replace and even obviate grocery store labor by eliminating the need for dedicated cashiers. Of course, this is a criticism Amazon has grown accustomed to and they offered their standard response, ensuring people that the technology would not lead to a force reduction but instead would free up store employees for more customer-service oriented tasks. Only time will tell.

Second, there are concerns about what types of data Amazon will be harvesting—from Whole Foods and from other retailers using their technologies—and how this data will be stored, utilized, and potentially even sold. For third party retailers looking to integrate Just Walk Out and/or Amazon One, this will be a sticking point—who owns the data these programs harvest, and what can they do with it?

And third, there are broader concerns about Amazon’s ultimate goals with this technology. Sure, it is a streamlined payment system that adds convenience to transactions. But there are bigger implications here.

As Gizmodo has pointed out, it would seem that Amazon is laying the groundwork for an IRL version of what Google already does on the internet—track your every move, then use that information to sell advertisements. By getting its panoptic technology into locations across the retail landscape, Amazon is adding infinite data points to its proliferating data collection operations.

We are not trying to get all tinfoil paranoid 1984 here or anything, but we would be remiss if we didn’t see the long term business implications for such technologies.

Amazon, of course, is aware of these concerns and is likely deploying market research methodologies to gauge consumers’ comfort with the systems and to fine-tune the messaging around them. For such questions, several market research programs can offer insight, but panel surveys and customer intercepts would be the primary pathway into consumers’ comfort levels and fears.

As it stands, Google owns the internet because it owns the technologies people use to navigate it. Amazon would like to own retail and advertising, both online and IRL. And these two technologies get them a lot closer to doing it.