The Biden administration is seeking to require businesses with more than 100 employees to mandate vaccination or weekly testing among their workforces. In response, earlier this week, one of the nation’s largest trade groups reached out to the administration with a series of questions and concerns, not challenging the potential new policy but instead pleading for clarity and consistency in its implantation and application.

But let’s back up for a second because, honestly, it’ getting tough to write about COVID. Not just emotionally—which, yeah. But also, just technically. At a certain point, there’s only so much you can say about it, especially when it feels like we’ve done this before, we were here last year, and even a widely available vaccine hasn’t stopped the sadness and madness.

So, believe us when we say that it is beyond painful at this point to march through current COVID stats, but as long as COVID is around it will be the most significant variable and vector for market research—nothing comes close. It has the power to stop businesses in their tracks, to freeze supply chains and labor streams, and to reshape customer experiences. So, talk about it we must. As of last count, the country is currently averaging 151,500 new confirmed cases per day, which rivals the nation’s terrifying pace during last winter’s surge. Roughly 1,500 people die in the United States from COVID every day.

This means our daily new cases and death statistics are almost exactly where they were in January of this year, before anybody had access to vaccines. Sadly, for much of the country, vaccine availability simply has not got the job done. Only 54% of the US population is currently vaccinated, and 75% is partially vaccinated.

It’s these final two numbers the administration’s new COVID Action Plan seeks to remedy, hoping that an increase in national vaccination will amount to a decrease in daily cases and deaths (which all available science and common sense says it will).

So, let’s put in the CPG market research as we explore the administration’s ambitious new plan, the ways business leaders are responding to it, and what this says about private/public partnership in the COVID era and beyond. What are business leaders primary concerns with the policy, how does the national labor crunch fit in, and what can the administration do to beat back COVID will propping up the economy?

The Main Point of the Six-Point Plan

The six-point plan is broad, but the attention grabbing part is this: it will require over 100 million Americans to show either proof of vaccination or of a negative COVID test in order to maintain their jobs.

Here’s a breakdown. First, federal employees will be required to get the vaccine, full stop. No options for testing are available, it is vaccination or termination/resignation. The same goes for contractors working for the US government. Combined, this impacts over 2 million employees.

More importantly, Biden indicated that he is asking the Department of Labor to require employers with over 100 employees to mandate vaccination or weekly testing. This will fall under OSHA’s purview and should cover roughly 100 million Americans; early reports indicate that companies can face fines around $14,000 for each and every violation. It is obviously this piece of the plan that has some Americans encouraged and and others enraged, and that also causes both optimism and concern among business leaders.

The optimism is easy to understand—maybe this will be the thing that works?! But the concern is just as easy: the federal government, whatever your political leanings, has, with few exceptions, fallen short of the challenges of organizing a cohesive and unified approach to testing, vaccination, masking and social distancing, and other restrictions and guidelines that have emerged during the pandemic.

It is with this history of inconsistency that has business leaders most concerned. As we shall see, from their standpoint, the policy is a great idea so long as it is well communicated, evenly implemented, and executed in tandem with businesses as opposed to over their heads.

The Consumer Brands Association Has Questions and Concerns, But It Also Has Hope

The Consumer Brands Association (CBA), one of the nation’s largest trade groups, sent a letter to President Biden from their CEO, Geoff Freeman, which called for "immediate clarity" on this Action Plan.

The CBA represents the $2.1 trillion/year food, beverage, and consumer products industry, which includes manufacturers like Coca-Cola, Kellogg, Proctor and Gamble, and Campbell, as well as retailers like Amazon and Target. The trade group represents companies who collectively employ over 2.1 million workers.

“The Consumer Brands Association and our member companies stand ready to partner with you in getting Americans vaccinated,” the letter noted, while emphasizing that “strong, consistent collaboration between the private and public sector on implementation will accelerate progress on our shared goal.”

It is that “strong” and “consistent” collaboration between private and public sectors that has been, at least to this point, lacking since the beginning of the pandemic, according to the CBA. Indeed, Betsy Booren, the CBA’s VP of regulatory affair, who separately noted, “That's been a concern I've had during this whole crisis, regardless of the administration in place. Whether it was the Trump or Biden administration, getting clarity around these issues has been our concern."

This is why they are asking that as the Biden administration implements this new policy, that the government, "move quickly, anticipate challenges, promptly answer questions.”

And, oh boy, did they have questions.

Indeed, the letter included what Freeman referred to as a “small sampling” of the questions its member companies have already been struggling with, asking for rapid clarification on these and other points. These questions include:

Now, to be clear, this linty of (well-reasoned, reasonable) questions does not mean that the CBA is seeking to obstruct the plan, or even that it is opposed to it.

As Freeman recently stated during an interview with NPR News, “I think as an industry, we support the efforts to get the American worker vaccinated. We understand the importance here, the critical nature of this. However, we can't do this in a haphazard way.”

A lot of these questions, then, boil down to the nuts and bolts of the program—it’s one thing to announce an ambitious vaccination/testing mandate, it is another to actually sketch out its requirements and processes. Lacking this clarity, the CBA fears there will be too much confusion, false starts and stops, and delays, which can hinder both business and vaccination goals.

“Unfortunately, our experience throughout the pandemic, going back 19 months, is that too often, we're waiting weeks or even months to get answers out of OSHA. This is not going to work in this environment.”

The main source for the CBA’s concerns, however, wasn’t directly stated in the letter, though every question alludes to it. That’s because, at the end of the day, the biggest worry companies have surrounding this new policy has to do with labor. To put it simply, the manufacturing and retail industries have been clobbered by labor shortages, an industry-wide issue that we have discussed in this market research blog. This policy, they fear, will make it even harder to get workers in the door and keep the ones that are already there.

Last month, for example, the CPG industry added a paltry 6,000 jobs, which falls well short of its current hiring needs. Manufacturers and retailers alike have been falling over themselves to get workers onboarded, increasing compensation and flexibility. And part of this flexibility is around vaccination.

Indeed, these companies have, by and large, avoided vaccine mandates for fear of alienating current and potential new employees with heightened requirements. In an industry that is struggling to keep afloat amidst a catastrophic labor shortage, finding new ways to drive employees away is simply not an option.

Thus, while the CBA’s member companies are all too happy to play along with a federal mandate, they want to ensure that they are not subject to different rules as other industries, or companies of different sizes, which would hurt them in the highly competitive labor market.

CPG Market Research: What Are People Going to Do, Stop Drinking Coke? 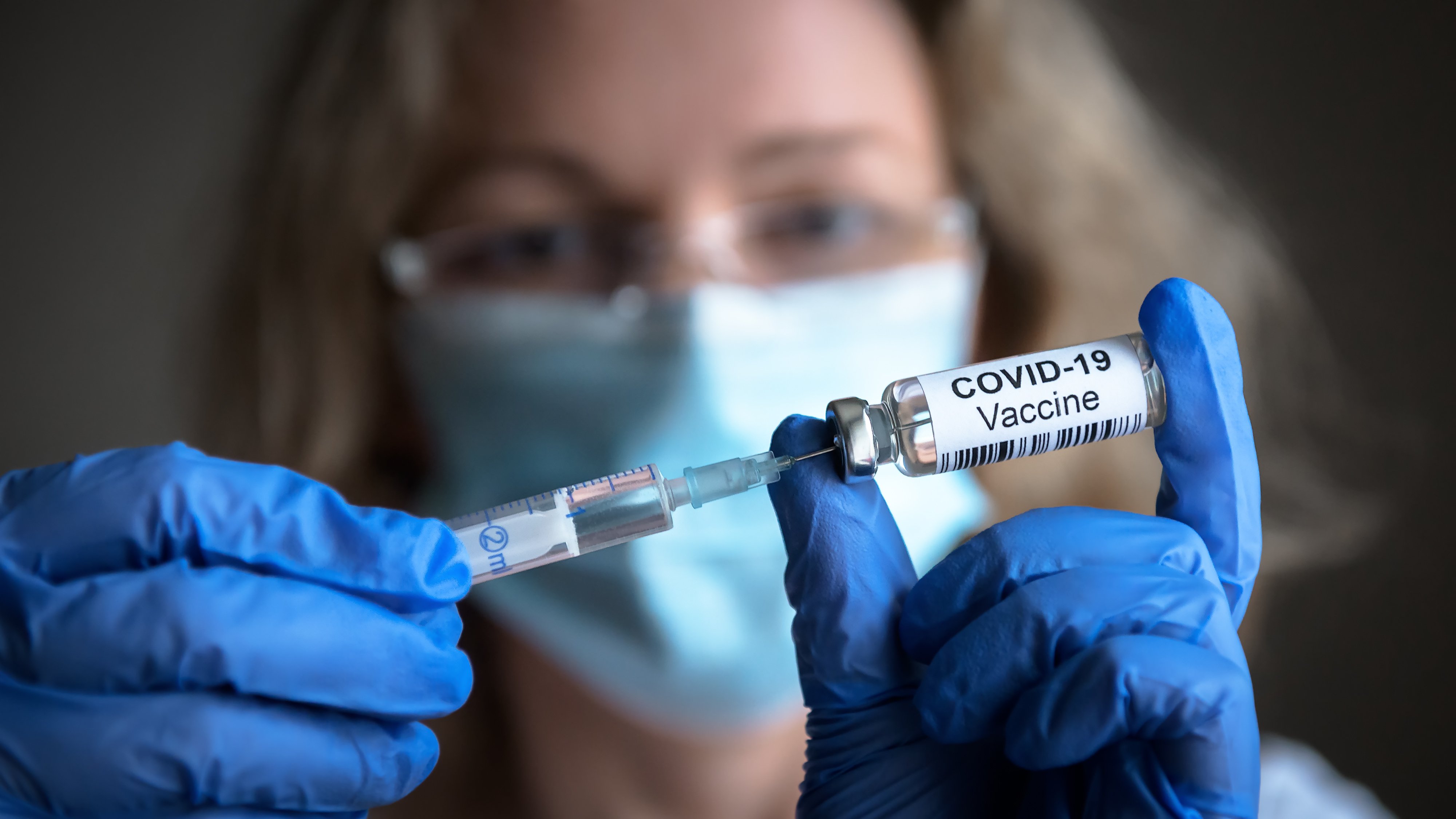 For the CBA and its member companies, this boils down entirely to a question about labor and cost. They want to ensure there is clarity around the requirements, that they are attainable and consistent.

There are, of course, conversations to have about class and access—the manufacturing sector is staffed by different economic and social demographics than other industries like tech and medicine. Today isn’t the day for a trenchant class analysis, but suffice to say that working class people are less likely to be vaccinated and to have the time and resources for regular testing. This means that this requirement will impact manufacturing and other working class industries differently than it does tech and other white collar ones.

So labor is, at the end of the day, the only question that matters here. We saw some worry among other writers that if companies play ball with the government and its mandates they will risk a backlash. We, however, find this incredibly unlikely.

First, the federal mandate actually provides cover for businesses who can say, hey, don’t blame us, we didn’t make the rules—go talk to the feds. That’s the beauty of national policy.

And as far as people boycotting companies that follow the rules, meh, we are not worried.

Look, people aren’t going to stop buying products from the CBA’s member companies. Any good market research program will tell you that there should be no fear of a public backlash from anti-vaxxers because, well, what are they going to do, stop drinking Coke? Stop ordering from Amazon? Put in the work to figure out each and every Proctor and Gamble brand and boycott them too? By sheer size and breadth, the CBA is too big to boycott, to massive to fear any significant blowback from the nation’s anti-vaxxers.