“You can feel it in the streets, on a day like this, that heat, it feels like summer.” That’s right, from Gambino’s lips to our ears, it’s that time of year again; dig into the closet, unpack your seersuckers and white linen pants: summer is almost here!

As you picnic, swim, dance, and roast meat over open flames, you are going to notice a new guest, one that seemingly appears at every summertime gathering these days, hard seltzer. Cracking into what was formerly beer and white wine’s exclusive jurisdiction, the relatively lower calorie beverage (led by its current standard bearer, White Claw) has taken the summer by storm, posting insane sales increases and crossing over into the mainstream. Sure, it’s still just flavored malt alcohol, but with a lighter taste and much lighter sugar and carb load, it’s threatening to reshape consumer expectations and priorities within the beer segment.

So crack one open, we are about to put in some summertime magic beverage industry CPG market research to understand if the hard seltzer surge is merely a blip on the trending radar or if it signals a broader shift in the beverage industry with long ranging implications. 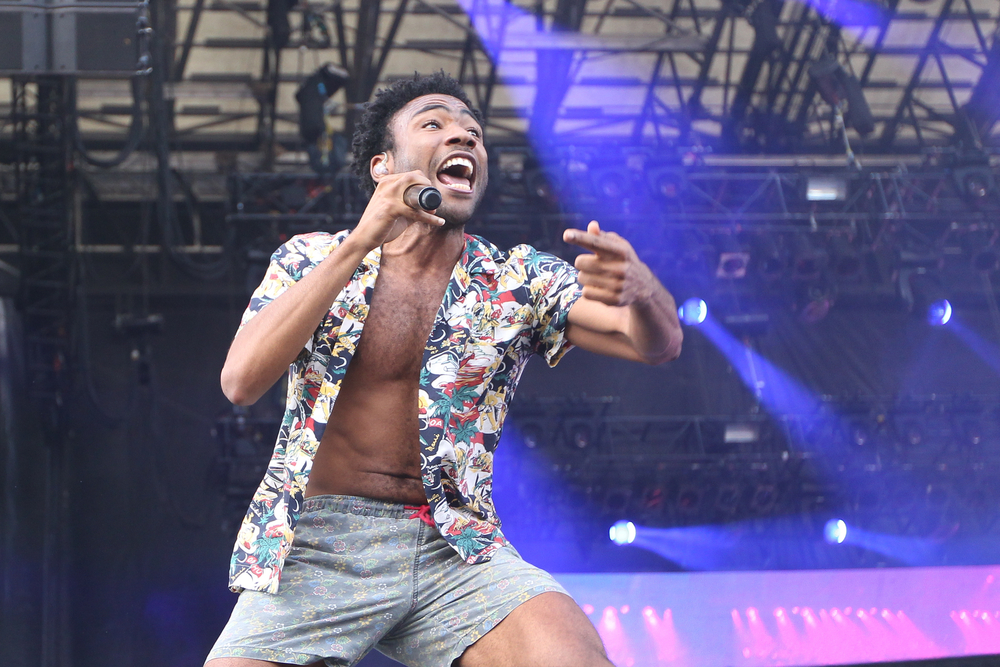 Cream Isn’t the Only Thing that Rises to the Top (Bubbles Do Too!)

Hard seltzer is a bright spot inside a bright spot for an otherwise flagging beer industry. Indeed, Flavored Malt Beverages (FMBs) are one of the few categories showing substantial positive growth in the beer industry (+10.2%/year) and within that category hard seltzer is the clear star with volume sales increasing 181% over last year, amounting to almost $.5 billion in sales last year.

Since 2016, hard seltzer sales have quadrupled, leading one beverage retailer to declare, “It’s a nationwide craze and I thought it was just going to be a flash in the pan craze, but it looks like something that will stick in the pan. I don’t foresee it declining.”

And among these hard seltzers, there is a clear leader.

White Claw is not the only brand at the hard seltzer party but, having launched in 2016, the brand got a head start on the competition and has greatly contributed to the category.

There is also increasing competition from specialty, regional, and natural products such as Nauti Seltzer and Briggs Hard Seltzer, both of which use real fruit instead of natural fruit-like flavors.

Yet, White Claw, Truly, and SpikedSeltzer are each growing at triple digits right now and collectively control over 90% of the hard seltzer market. But for the time being, this is White Claw’s party.

Why White Claw? Why Now?

Weighing in at 100 calories and 2 grams of carbs per 12 oz. can, White Claws are naturally flavored, gluten free, and pack the same booze punch as a typical light beer at 5% ABV. Coming in raspberry, lime, grapefruit (which is just the best!), black cherry, mango, and the recently-released flavorless ‘pure’ varieties, they are often sold in variety packs allowing consumers to find their favorite flavor (which, again, is grapefruit).

They have a leg up against other types of competitors, even the recently-exalted cocktails in a can we wrote about earlier this quarter. Consider the average six-pack is roughly half the cost of a four pack of Cutwater’s finest prefab cocktails at $8.99, and a twelve pack is almost exactly Cutwater’s four pack cost at $15.99.

One anonymous beer industry sales executive recently confided to your humble blogger, “White Claw is so hot right now, I’m not surprised anymore when I see it somewhere new…it’s everywhere.”

And how! The brand just scored big with an official partnership with the Kentucky Derby and though the race itself proved underwhelming, its selection as an official race beverage, fit to stand next to the hallowed mint julep, is a sign of its increasingly mainstream popularity. Side gripe: the Derby sold 16oz White Claw cans for $12/each, which is basically Kanye Sunday Service prices.

Speaking of which, White Claw was also just named a breakout star of Coachella (seriously, White Claw and Lizzo won, Zedd lost) with The Wrap writing, “Meet Gen-Z’s version of Zima. This alcoholic seltzer water was not a part of the festival or any parties (as far as I know), but apparently has mass popularity among the under-25s. I spotted it being chugged on the shuttles, snatched off the shelves at the local stores, co-headlining in campers' Instagram feeds (above) and used as the T-shirt uniform of choice for a group of festival goers.” Guilty.

Though often categorized alongside beer, hard cider, and other FMBs, much of hard seltzer’s road to success has been at beer’s expense. Though correlation is not causation, as hard seltzer’s sales (by both volume and dollars) have increased, craft beer’s dollar sales have been relatively flat.

No, not every die-hard craft beer drinker has sold sculpin down the river for some seltzer, but there are plenty of anecdotes about such formerly committed beer consumers moving on to hard seltzer.

This is particularly true among younger consumers, who one retailer believes are “looking for something different.” There was a time when some industry thinkers believed that “something different” was in the hard soda segment—hey, does anybody remember Not Your Father’s Root Beer?

But consumers have resoundingly rejected sugary beverages, in both non-alc and hard categories alike. Heck, last year US consumers bought 821 million gallons of sparkling water and that’s the stuff that doesn’t even give you a buzz.

And, though they seem like discreet categories, it is imperative to understand broader food and beverage trends to glimpse forthcoming alcohol trends. Take it from Christian McMahn, president of Wachusett, who cautioned, “For anyone who works in the alcohol beverage category, if you’re not seeing what’s happening in the non-alcoholic space, then you’re not ready for consumer trends when they happen. “Based on what you hear, learn, and see, there are implications to other categories and what we should think about.”

And those trends have everything to do with cutting sugar as consumers abandon soda for seltzer water in ways that can’t merely be seen as a temporary trend but rather a broader dietary and lifestyle switch.

This same move away from excessive sugars, carbohydrates, and calories has led consumers away from beer and sweetened FMBs. There is something to be said about a refreshing beverage you can drink all day without getting too drunk, bloated, or, let’s face it, gross.

And maybe that’s why the single greatest source of hard seltzer converts seems to be from domestic light beer drinkers, trading in the light beers with a similar calorie count for the gluten-free, relatively low carb hard seltzer alternative. 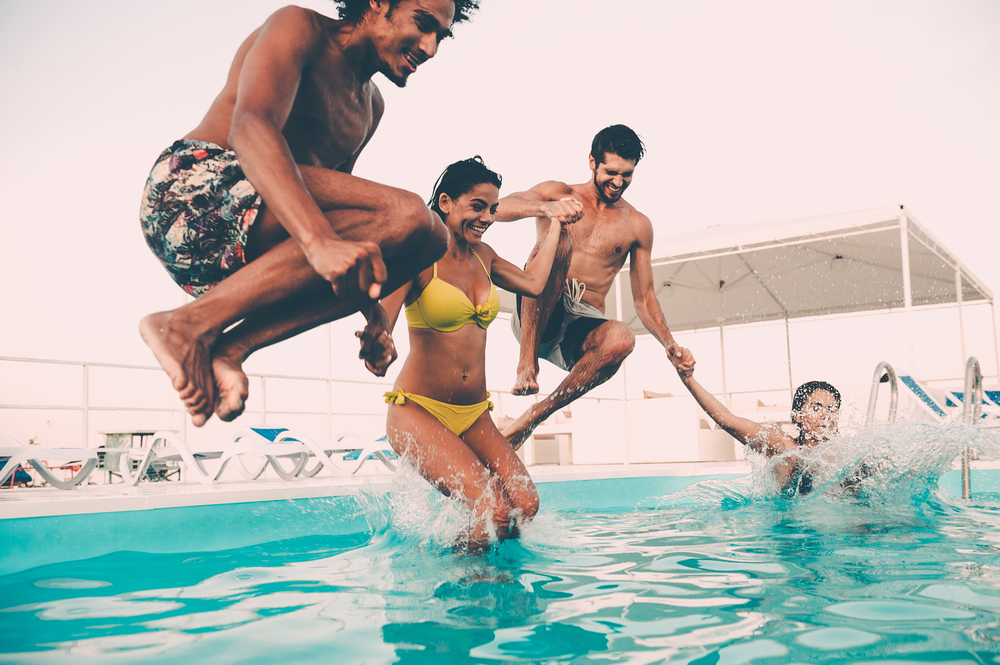 Indeed, as one industry player opined, “Consumers are running from sugar, and seltzer is a safe haven. It’s a convenient stop on their journey back to flavor.”

How Market Research and Strategic Consulting Can Help Hard Seltzer

And yet, there is still room to grow. Consider the bulk of hard seltzer sales, like rosé wine, come between Memorial Day and Labor Day. Understanding this pattern is not difficult—a hard bubbly seltzer goes great with sunshine, barbecues, and swimming pools—but cracking through the pattern and making hard seltzer a drink for all seasons, well, that’s how a market research firm can really set itself apart.

Similarly, hard seltzers like White Claw are still predominately an at-home type of beverage, one that consumers buy from retailers in grocery and liquor stores; they have yet to penetrate deeply into the bar and restaurant segments. Securing a seat at the bar is important. Hard Seltzer is delicious, but it is not rocket science—it can’t be too long before the field gets even more crowded. Securing a strategic consultant goes a long way—such a consultant would be able to guide rollouts and ensure a brand remains at the top of consumers’ minds and cocktail bills.

And with that, your humble blogger will don his Panama hat and rainbow sandals and head to the beach (it’s southern California, summer comes early here!). Cheers!