Celebrity increasingly drives digital purchases—as we described last week, this is already happening in fashion where Rihanna and Kylie Jenner are as hot as hot can be. But does celebrity drive restaurant traffic?

Across culture, individual brands are as important if not more important than corporate ones—the NBA is a player’s league, where fans root for people, not teams. Music producers are becoming more important than record labels (for better…and for worse). And, as in these other forms of cultural consumption, diners are increasingly looking for names on aprons, not the name on the sign; Instagram posts and television appearances are more important than glowing critical reviews.

In the process, diners, armed with Instagram, are becoming food soldiers in restaurants' marketing efforts: As of this week, there are more than 178 million photos tagged on Instagram as #food, and 56 million tagged #foodporn.  As one chef put it, “It’s all about exposure. Instagram came to give a voice to chefs and the food they serve.” And chefs will do what they have to in order to hit the right notes—another confided, “I'll be honest. If I have a better looking dish, I give that one to the people taking the photos.” Establishing and cultivating a following is key, and professional chefs are learning how to drive social media interest with daring and exotic ingredients, thoughtful and pristine presentations, and witty banter.

So let’s put in the food service market research to understand the celebrity chef, what it means for restaurant culture and sales, and how established brands can adapt to the new celebrity order.

For restaurants, Instagram and television are the modern word-of-mouth, the modern critical review, and the postmodern billboard, all rolled into one. In fact, among millennials and Gen-Z, it is likely more important than reviews. As one particularly aware chef (of Vancouver’s Four Seasons nonetheless) explained, "It affects me when I see a bad review...but it affects me more when someone takes a bad picture of my food. I worry about what my food looks like on the social media world.”

Indeed, food writer and industry expert Donna Yen sees the emerging order: “There was a time when the only way people knew where to eat was from reading reviews from restaurant critics in the newspaper. Now, everyone is their own restaurant critic thanks to the help of Yelp and Instagram. People find out where their next meal is based on what they see on TV or in their social media feeds. These days a huge factor on a restaurant's survival is how Instagram-friendly their dishes are or a shoutout from the Food Network.” 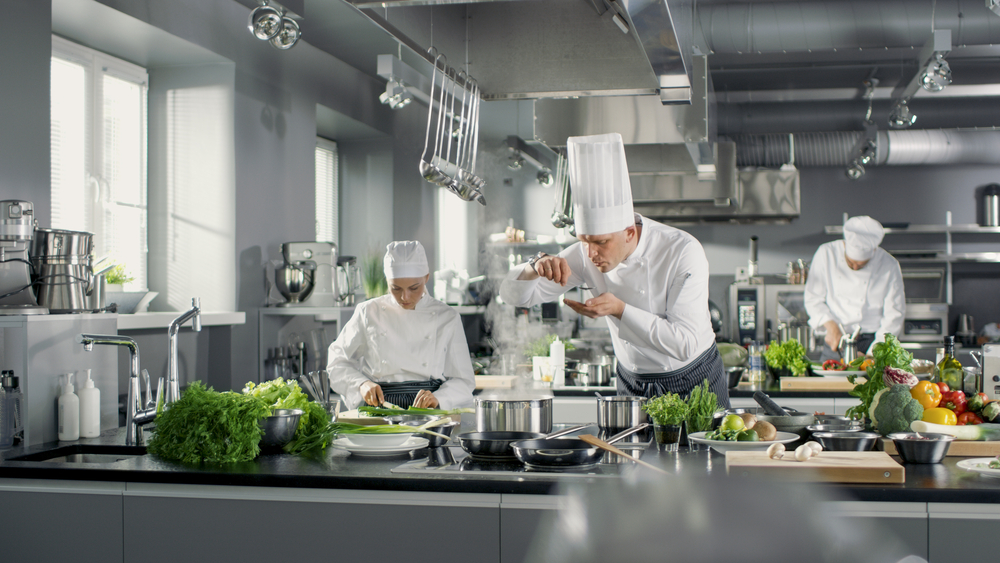 That doesn’t mean chefs have to like it though, particularly veterans who resent social media intrusions into their industry and especially their dining room. One chef lamented, “What really annoys me is when people Instagram live. When I’m serving someone’s food and put a beautiful hot plate on the table but they are so concerned to post and food gets cold because they are trying to find the perfect caption before they eat the [*expletive removed*] food. Do you know how much I sweated to make the food the right temperature for you? Are you here to show off to your friends?”

Some get even more aggressive. Celebrity chef Alexandre Gauthier has banned food photography in his mecca of mealtime, La Grenouillere. Whether it is because of the risk associated with a diner posting a poor photo, or just sheer annoyance at the waste of cooking effort, some chefs buck at this emerging new kitchen order.

For the aspiring up-and-comers, however, the social media revolution is welcome news. Consider Vince Brady, a culinary arts student who explained the social media phenomenon as democratizing advertising  and offering outsiders pathway to success: “I don’t own a restaurant, but I can post the dishes I make in class or at home. It’s a way for you to get your name out there. It’s a free way of marketing.”

But it’s not just about making a name for yourself—it would seem that Instagram accounts have become virtual chapbooks, much like a collection of effusive critical reviews. According to Brady, “Everyone starts out as an amateur. It’s a way to show your work. When you’re applying to jobs, you can send your Instagram handle along with your resume." 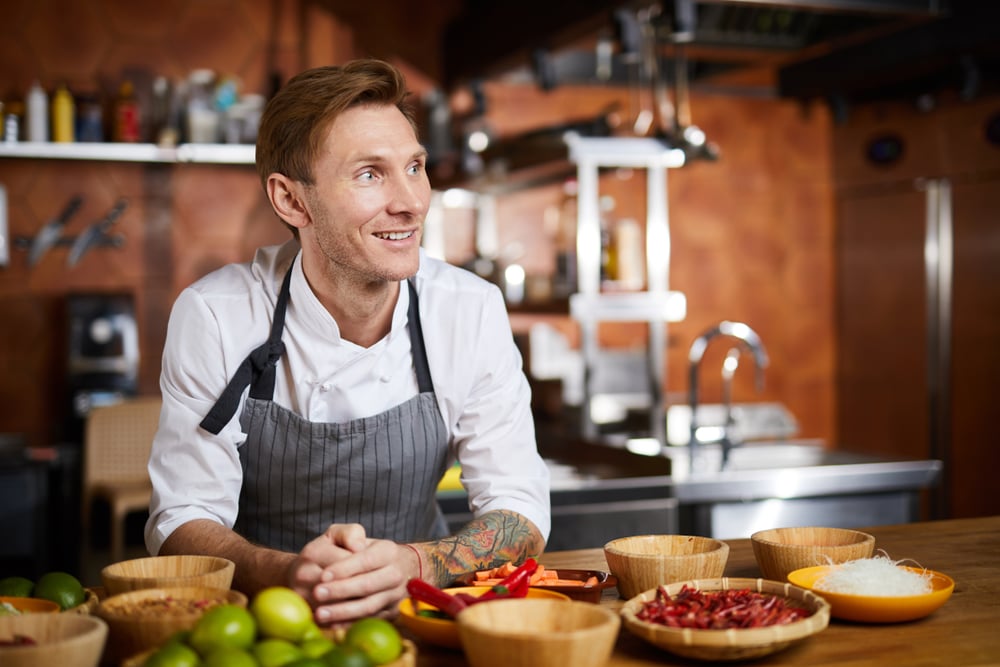 Potential employers are looking at the posts themselves, the amount of engagement and interest they can drive, the number of followers the applicant can boast, and, for lack of a better way to explain it, how important those followers are.

Celebrity matters. One anonymous NYC chef tripled reservations after winning an episode of TLC’s venerable cooking show, Chopped, and then returning to win its Tournament of Champions.  These days, the chef (as avid Chopped fans, we have an idea who he is but he wants to remain anonymous) live streams himself cooking to nurture his celebrity status. Chopped and shows like it have become such a popular way for diners to make dining decisions that there are now guides to finding the restaurants connected to these reality TV chefs.

It’s not just celebrity chefs, but also celebrated food. According to Wired, appealing shots of dishes can make reservations spike overnight. These photos can come from the chef’s private account, the restaurant’s branded one, or from individual diner’s in-restaurant photographs of their food. That last one, that free organic advertising, is something restaurants, understanding the power of peer-to-peer recommendations, are going out of their way to court.

One Israeli winery went so far as to build phone stands at each table to help diners get the best food pic possible, one that will make their IG followers want to wine and dine.  Similarly, Chilli’s switched to stainless steel fry baskets, and conducted tests to find the prettiest burger bun possible, both in the name of more photogenic food.

A chef’s Instagram is already an important tool with which to build a following. Mainstream celebrity chefs include Jamie Oliver, Nigella Lawson, and the collective cohort of celebrity chef judges on the nation’s innumerable reality cooking competitions. Check out this Michelin guide for a rundown of the current culinary social media stars.

They post amusing, gorgeous, and occasionally funny pictures of their food, of them cooking it, and of personal moments to engage with their fans. They create their own hashtags, offer cooking advice, and above all, drive interest in their brand as a food expert, a sage of sage if you will—the type of person whose restaurant you will definitely have to check out the next time you are in town.

As any IG celebrity (we really hate the word influencer, but gosh it sure applies) worth their salt knows, there is more than one way to cultivate an online following.  Ronnie Woo, famous reality television chef on shows like The Rachel Ray Show the Home and Family Show, also uses other…assets to…amass a following.

Ok dear reader, as you well know, this here is a family blog—we aspire for a PG rating—so we hope it isn’t too PG13 to point out that Mr. Woo is quite good looking, is quite confident, and has a body that suggests he is definitely not eating his indulgent cooking all that often. His IG and Twitter posts are some nearly proportionate quantity of shirtless selfies and food pics (sometimes in the same post). 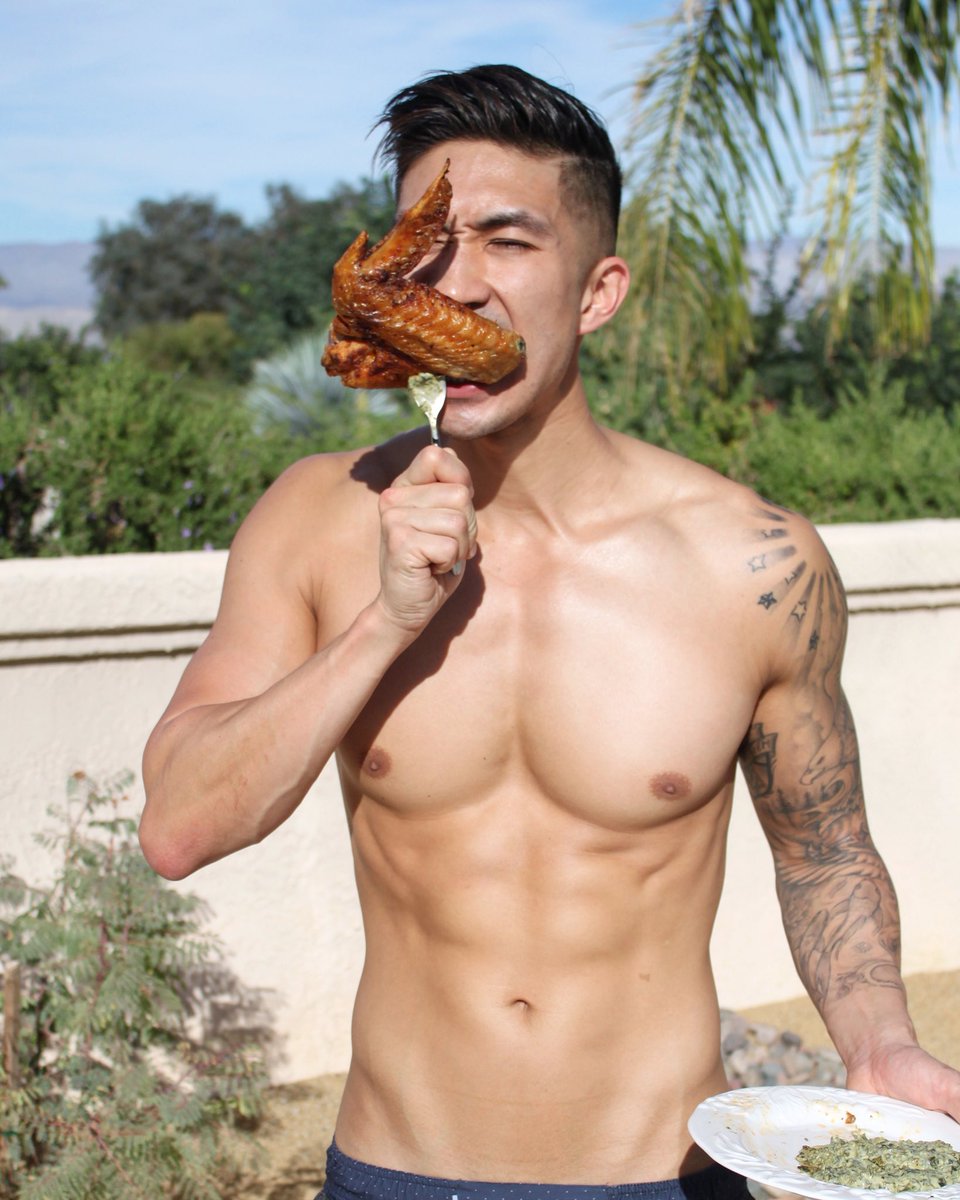 This means that he is just as often featured in slightly salacious celebrity slideshows as he is in food blogs, and he is known not just to those who love TLC and Food Network, but also to food agnostics and the only-slightly culinarily curious.

There’s also David Chang, a pioneer in delivery-only restaurants and founder of one of the hottest brands in the business, who does as much brand building outside the kitchen as he does in it. He hosts a weekly food podcast on The Ringer Network (tangential shout out to The Ringer NFL Show, the best football podcast in the world!), has his own Netflix show, guest judged Top Chef: All Stars, and even hosted his own PBS biography/documentary. Check out his IMDB page here.

Celebrity chefs breed fans, and fans want to feel closer to celebrities. The more famous the chef, the more traffic they can expect—it is both common sense and easily proved.

Or, as one food blogger put it, “While the line between celebrity chef and influencer has blurred in recent times, a recognizable name in food epitomizes an aspirational level of trust and quality that consumers can connect with, both in the kitchen and on an emotional level. It is this emotional attachment, more than anything, that influences consumer behaviour - and increases demand for preserved lemons. For retailers and food brands looking to capitalise on this influence, the right collaboration increases awareness, drives increased traffic, and reaches broader audiences.”

Let’s say you’ve spent the better part of a decade watching a certain celebrity judge on Chopped and have come to love him as much as he hates red onions.You follow him on social media, watch reruns of his best Chopped appearances, and dream of biting into his food. Then, for the first time in a long time, you have a reason to be in Las Vegas where this celebrity chef just happens to have a restaurant. Sure, there are other Vegas eating options, but you feel like you know this guy. Yup, your humble blogger has reservations for two at Scarpetta.  And though food pics are not my thing, you can bet $$$ my man will not allow me to eat until he has photographed each and every course at each and every available angle—“camera eats first,” he says.

Though it might seem self-indulgent to crow about my forthcoming dining plans, it gets to the heart of a lot of what we are talking about here. I have been driven to make reservations by the television and social media clout of a celebrity chef, and my man will contribute to this clout by posting photos of our experiential dining to his ravenous and massive cadre of IG followers who will see us, looking glamorous behind our glamorous plates, and, well, they will notice.

Like we said, “Camera eats first,” but it is also starting to eat its own tail.