OK, it’s time to talk about non-fungible tokens, popularly called NFTs (if you don’t understand what this is, give me a sec, we will get there). The NFT market tripled in value to $250 million in 2020; in the first three months of 2021, consumers spent more than $200 million on NFTs.

They have gone from a niche trend among artists, collectors, and recent crypto millionaires to a popular phenomenon discussed (but never entirely understood) on social media, in the news, and in day-to-day conversations.

And with more commercial applications of the technology supporting NFTs already being uncovered, it’s time for us to put in some market research.

Today, we will, to the best of our ability, explain NFTs: their current state, their future applications, and mounting concerns. We offer no advice or judgement, just explanations and analysis - although there is simply no way to explain this. 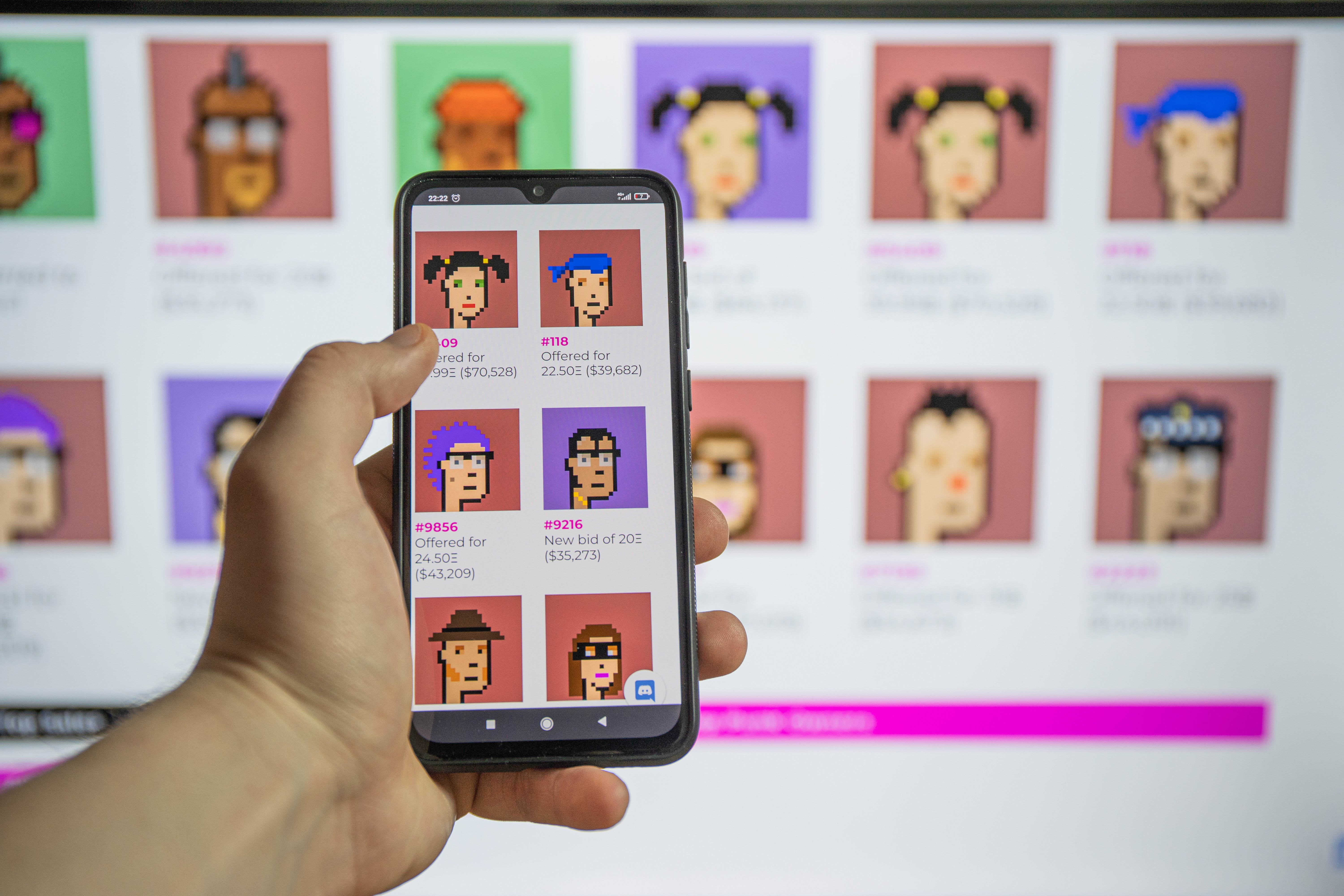 Let’s take a step back and start with the basics: NFT stands for non-fungible token, which is a fancy way of saying that each digital token is unique and thus cannot be traded and swapped with any other for equal value. This is distinct from traditional blockchain like Bitcoin—though every Bitcoin has a unique identifier, each one is exactly as valuable as the next and they can thus be traded freely.

Without getting too technical, NFTs as we currently know them are built on top of the Ethereum blockchain, which includes an actual digital object. Essentially, a unique piece of digital content—most often art but also music and even ephemera—is “minted” when it has been paired with ether, the cryptocurrency of the Ethereum platform.

If this is still too dense and complex, think of it like somebody stapling a one-of-a-kind drawing to a dollar bill…but digital. Once minted, this digital drawing can be sold and resold as an NFT to the highest bidder on any number of NFT marketplaces.

Of course, it is even a bit more complicated than that because, while a great majority of the art and other digital content available as NFTs is one-of-a-kind, there are also limited-edition numbered series. In this case, instead of selling one copy of a digital item, the seller sells multiple copies, each with its own unique identifier. 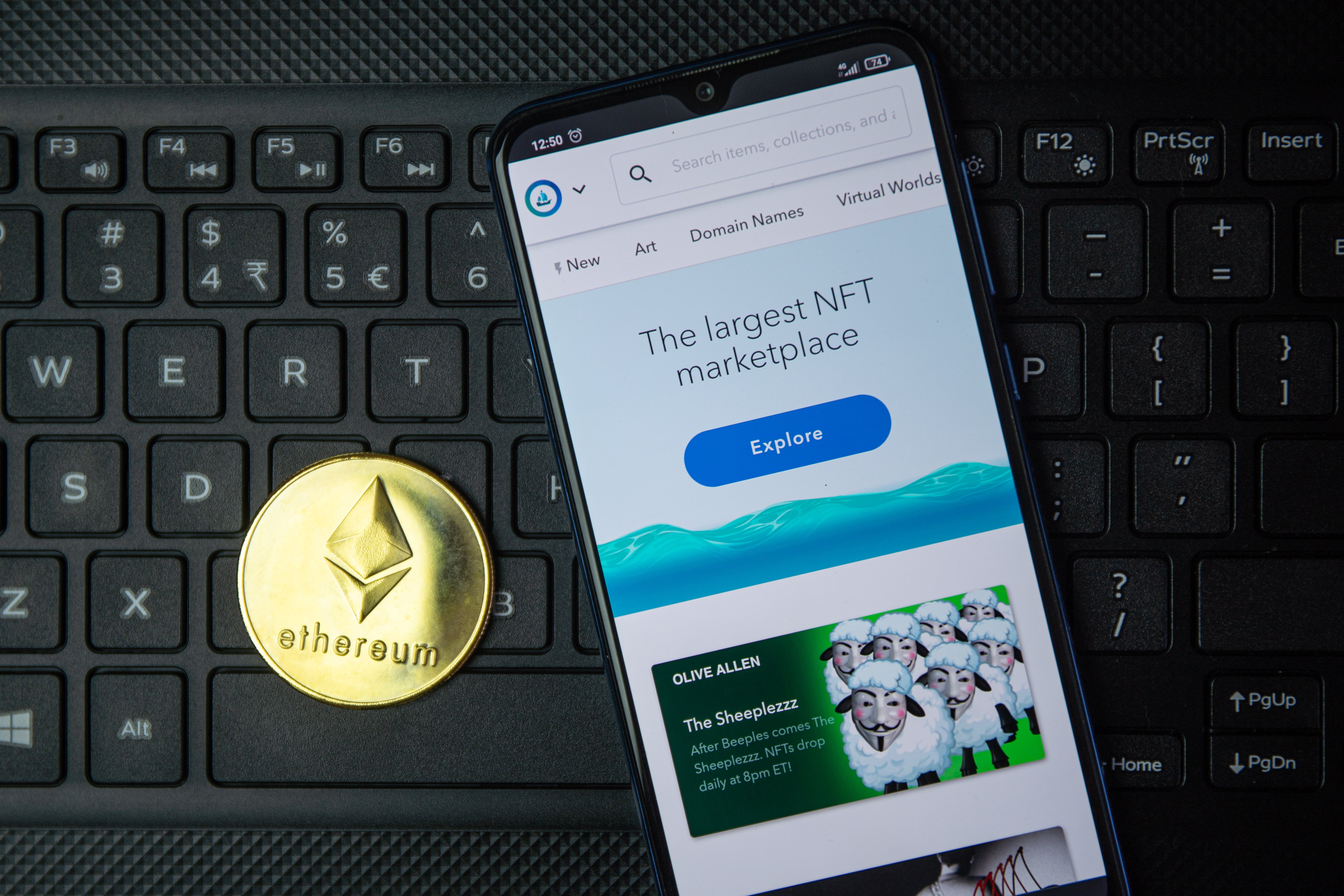 From A Digital House to William Shatner’s Teeth: The Curiosities and Complexities of the NFT Market

For the uninitiated, what does this all look like? What are the actual digital objects being tied to Ethereum as NFTs? 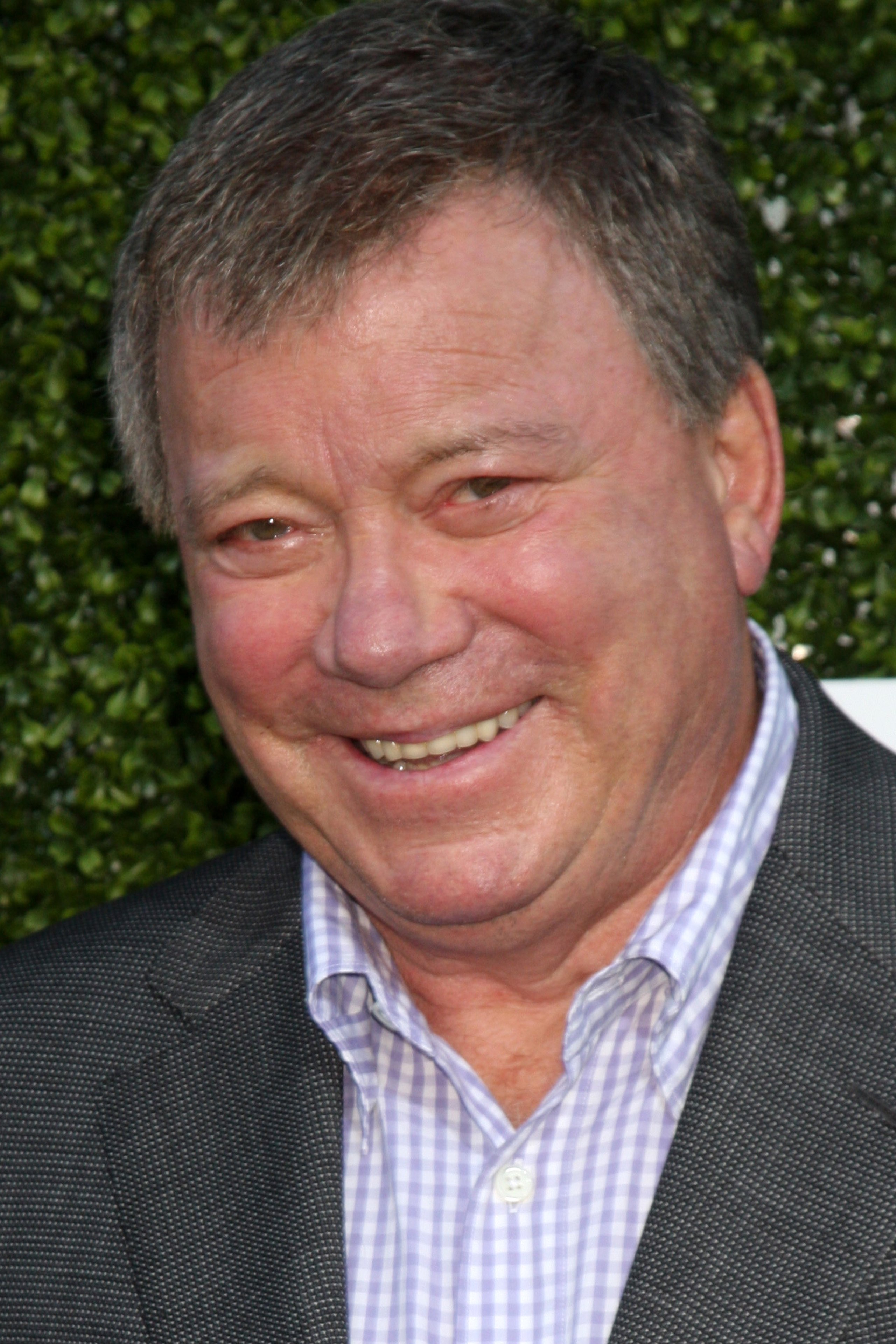 OK, at this point, you are probably wondering, well, what’s the point? People are buying digital art at insane prices because, why? Yeah, we have been thinking the same thing but have been afraid to say anything because we don’t want to sound old.

That’s because, at first glance, it doesn’t make sense. Knowing you are the sole owner of the disaster girl meme (yes, somebody just paid $500k for the disaster girl NFT) is cool and all, but what purpose does this serve, what need does it fulfill? Sure, it gives the ultra-rich something to do with their money and creates a new marketplace for speculation…but, again, for the vast majority of people, what’s the point?

Let’s say you owned an original Kandinsky canvas painting. You could hang it in your office, you could show it to your friends, you could touch the canvas and know that Wassily’s brush hovered over that very space (and call him by his first name). There is a physical presence and resonance to it, as well as some serious conspicuous consumption.

None of this can be said for an NFT except the bragging rights part. In the digital world, you could make your Kandinsky into your online avatar, which nobody else legally could, and you could do anything digitally that you wanted with it. Nobody else can.

So digital flexing rights are part of it, and that’s an important lesson. We shouldn’t assume that everything of value must translate into the physical world—showing off is not just a real-world thing anymore. As an NFT’s dollar value increases, so too does its status and the status of whoever owns it. 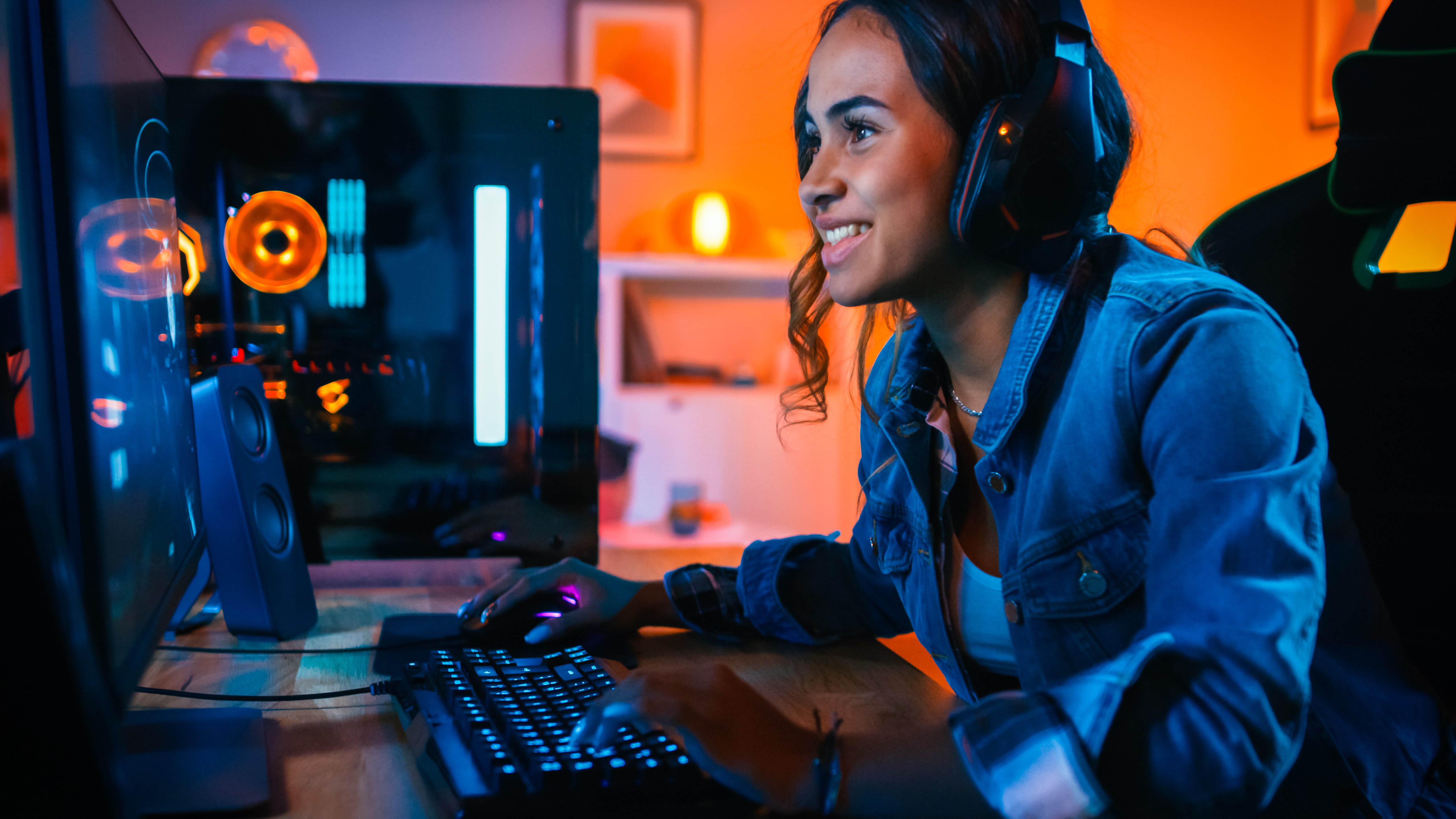 In case you didn’t already know, there is an entire segment of our population that loves nothing more than a digital flex: gamers.

The problem with a lot of the perplexity around NFTs is that it seeks to find real-world uses for what is an entirely digital object. But there are already almost entirely self-contained digital worlds where hanging a print in your IRL office is not a concern.

This is why entertainment companies and gamers themselves are jumping aggressively into the NFT game. In-game cosmetics and items—unique costumes, weapons, and even abilities for a particular gaming character—have long been sold for real world currency. With the introduction of NFTs, entirely unique or even limited-edition items can be authenticated, purchased, owned, and used in-game.

Let’s say that Travis Scott decided to sell his likeness as an NFT that can be used in Fortnite. Gamers would fall all over themselves to be the only player on the server who can run around looking like Travis Scott and would pay a premium to prove they are the sole owner and user of this likeness. If you’ve never been in a Fortnite game, you may not understand just how eager these players are to dunk on one another—this is the ideal consumer for digital ownership and flexing rights.

So, that’s how NFTs will soon revolutionize in-game purchases within video games. Entire games are already being built around NFTs.

But not all future NFT applications are entirely digital.

Nike, for example, is developing something called CryptoKicks, which uses NFTs as an authentication bridge for real-world objects, in this case limited edition shoes. In an industry ripe with fake merchandise, NFTs can serve as a proof of authenticity, showing beyond a doubt that the shoes on the owners feet are both theirs and genuine.

The Nike example, in particular, shows how much room NFTs have to grow. We have long needed some kind of digital proof-of-ownership and authenticity for tangible physical objects, particularly for those often subject to forgeries like Hermes bags or Patek Philippe watches. For people eager to prove the province and uniqueness of their purchases, NFTs offer a secure means of doing so. 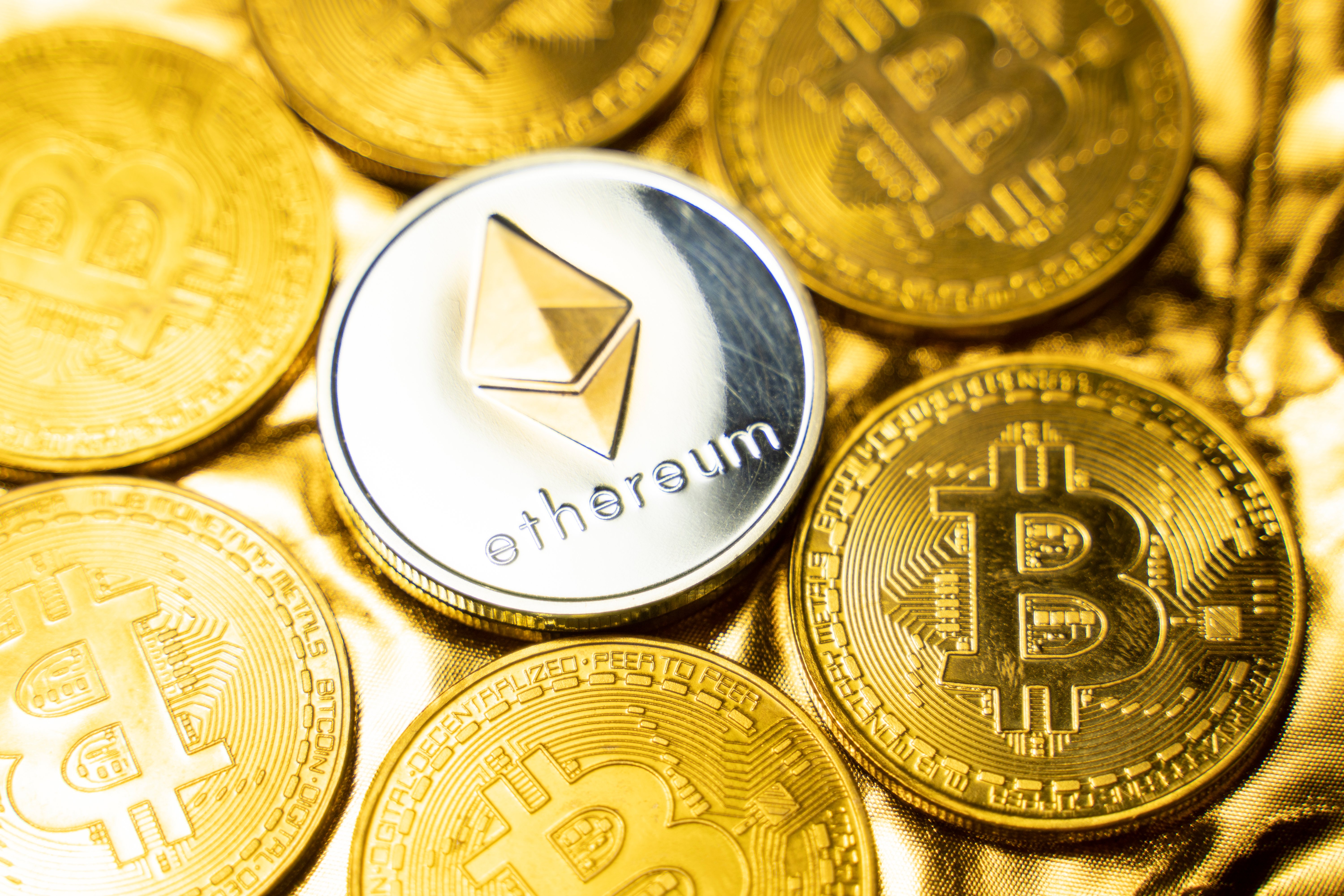 So, now if you can understand how NFTs can bridge real world items with digital authentication, extend this understanding to an entirely digital world.

Yes, anybody can download a music video or a copy of Dorsey’s inaugural tweet. But NFTs are designed to provide the buyer with something that cannot be copied, a digital code linked to the work itself that establishes, beyond any doubt, ownership of the digital object. Of course, the artist retains copyright and reproduction rights, so they can still disseminate copies of the image. But only one person can own the genuine object as certified by an NFT.

Not Fair Tokens: Complaints about NFTs

As with anything new and popular, there is already an avalanche of criticism and concern about NFTs and their implications.

First, there is some rancor among artists who already feel they are losing control of their work and its meaning as it becomes trading pieces and bargaining chips for the super-rich. This is a concern, for sure, but it is also a long bemoaned fact of the physical art market.

Then there is the concern that digital art might not even be around in the not-too-distant future. Bit rot, also known as data degradation, comes for all digital items at some point. Image quality declines, websites go dark, and file formats evolve and disappear. So, will the value of a GIF or jpeg depreciate overtime by simple fact of its declining usability? Again, however, the same can be said for physical art, which must be painstakingly restored as dust, sunlight, and paper acidity take their toll.

And, maybe I’m just cynical, but it does seem like an unscrupulous artist could sell their work as one-of-a-kind NFT again and again to multiple consumers convinced they have the ‘original.’ But, again, this is a familiar problem in art circles where forgeries are all too common.

NFTs, the Climate, and Popular Indifference 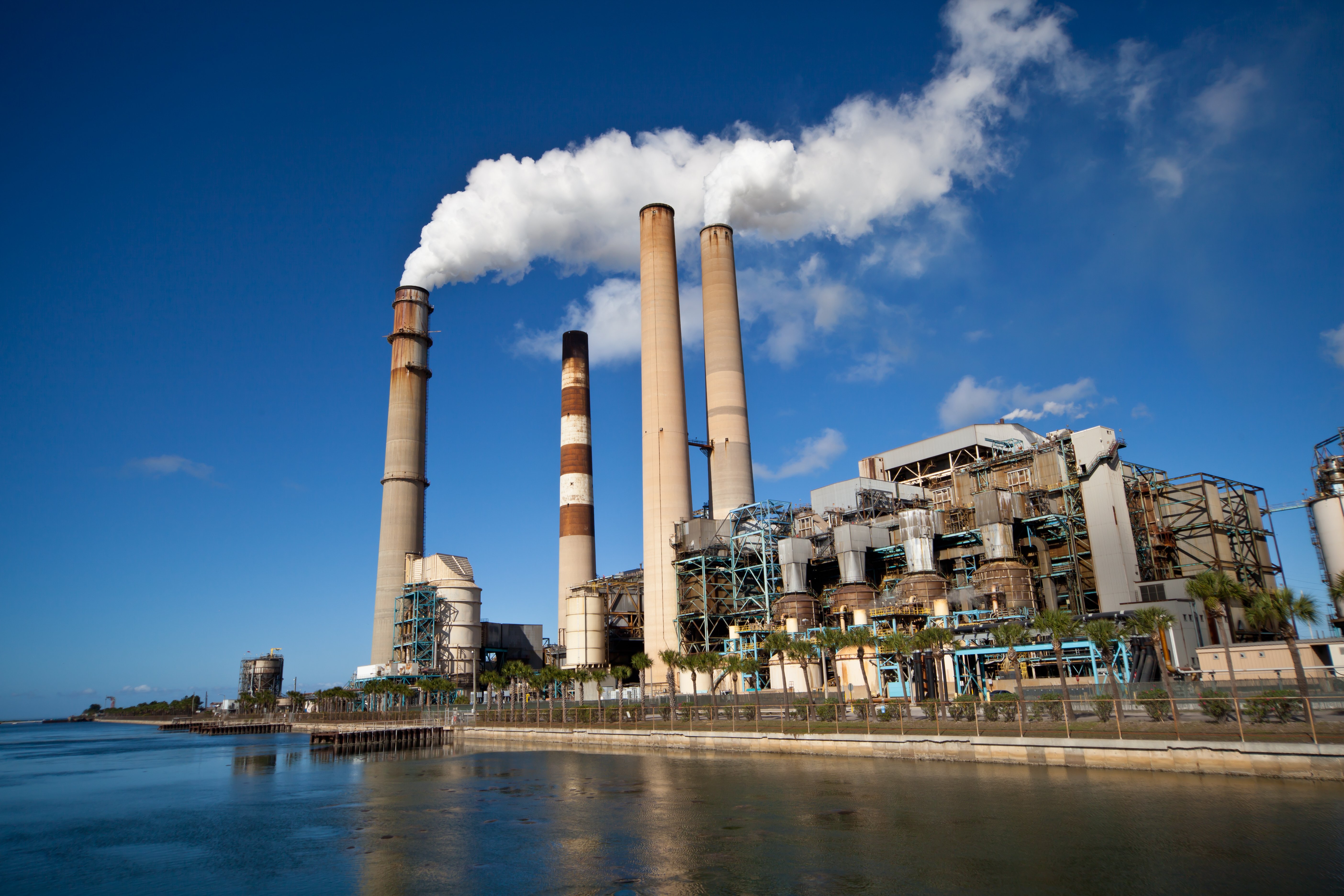 But there is one gripe that NFTs does not share with traditional art collecting—the climate. The Ethereum blockchain on which NFTs are built is ‘mined’ using incredible amounts of computing power. It’s a complicated process that we still don’t entirely understand but know this: Every piece of cryptocurrency, and thus every NFT, is the result of vast computing, and thus electrical, resources.

This means that a typical NFT consumes a whopping 192kWH in its creation, which basically equals the amount of electricity used by one EU resident for two entire weeks. This electricity doesn’t come from cold fusion, obviously, so each kilowatt used translates into a corresponding amount of greenhouse gas emissions.

And yet, people have long been told their behaviors are destroying the planet at least since Al Gore’s documentary and, to this point, have seen pretty darn ok with that. Additionally, there are already efforts underway to limit the computing power and attendant pollution required to produce the blockchain upon which NFTs are built. So, while there may be some handwringing, there is likely to be little outcry or change.

Market Research, You, and the Four Popular Perspectives on NFTs

Hopefully, dear readers, after finishing this market research blog, you—at the very least—do not fall into the fourth group.