Amazon came a step closer to unmanned package delivery with its recent FAA approval for Amazon Prime Air, its drone delivery program. The company can now begin testing the service with actual customers, having demonstrated to the FAA’s satisfaction that the program is safe through its tests in controlled environments.

The retail giant secured a part 135 air carrier certificate, which the FAA requires before companies can begin drone delivery. The move comes as no surprise since A) Amazon announced its intention to pursue drone delivery all the way back in 2013; B) they recently hired David Carbon, a former Boeing executive who now leads Amazon’s drone program, and C)  both Alphabet and UPS recently secured similar permissions. Amazon already has test centers around the US and the world and is looking to, well, get things off the ground.

What does this mean for the future of delivery and e-commerce in a pandemic ridden world? What new efficiencies can companies find with drone delivery, what obstacles must be surmounted, and what does all of this tell us about retail market research? Well, charge up and get ready for takeoff (and remember to look out for the birds--more on that later), we are exploring the next phase of rapid digital delivery.

Amazon Prime Air and the Future of E-Commerce Delivery Amazon framed the approval as one of added efficiency and convenience for Amazon’s customers: “This certification is an important step forward for Prime Air and indicates the FAA’s confidence in Amazon’s operating and safety procedures for an autonomous drone delivery service that will one day deliver packages to our customers around the world. We will continue to develop and refine our technology to fully integrate delivery drones into the airspace, and work closely with the FAA and other regulators around the world to realize our vision of 30 minute delivery,” he continued

Though they are third to be approved for real-world testing, it is different with Amazon. First, Amazon owns both halves of a digital retail operation, meaning the supply side and the logistics, whereas UPS is purely logistics, and Alphabet, considering the nominal success of Google Express shopping, is somewhere in between. Basically, for Amazon to have drone delivery potential means they can expedite Amazon-originated deliveries to Amazon customers on Amazon drones. UPS, on the other hand, will be working to offer better delivery times and costs to its retail partners.

Second, Amazon is just bigger. They have already shifted to a one-day delivery standard for Prime, and this move helps them get closer to the instant gratification consumers crave but digital operations have yet to offer. But let’s not let our sci-fi imaginations get the best of us here, we are nowhere near a Jetsons world where unmanned machines zig zag across the night sky. No, for the time being at least, drones are being considered for rural areas with low population density. Indeed, the promise of drones today is that they can help streamline that dreaded last rural mile, the distance from two rural customers’ doors, and their distance between the nearest distribution point.

Urban areas already have opportunities for efficiency built into their layout--one delivery driver can cover five city blocks and make hundreds of deliveries within a close proximity of one another.  But what is good for the metropole is not always good in the hinterlands, and rural deliveries have proven costly and troublesome for retailers. Said simply, the distance between delivery points in rural areas is simply too great for drivers alone--sure, Amazon is making it work for the time being, but it sure would be nice to have a fleet of unmanned drones making dedicated journeys from distribution centers directly to customers’ rural doors.

Urban landscapes will prove far trickier, of course, with population density, the relatively more congested nature of urban skies, and the predominance of condos and apartments that make automated doorstep delivery difficult. Since drones are currently capped at packages weighing less than five pounds, urban drones would have to go back and forth constantly, inefficiently delivering one package per load despite the fact that delivery points are often within feet of one another.

So, no, we are not talking about drones zipping around urban skylines, weaving about to avoid police choppers and flocks of urban pigeons--well, at least not yet. No, for the time being at least, Prime Air is seen as a streamlined way to get packages through that dreaded last delivery mile. 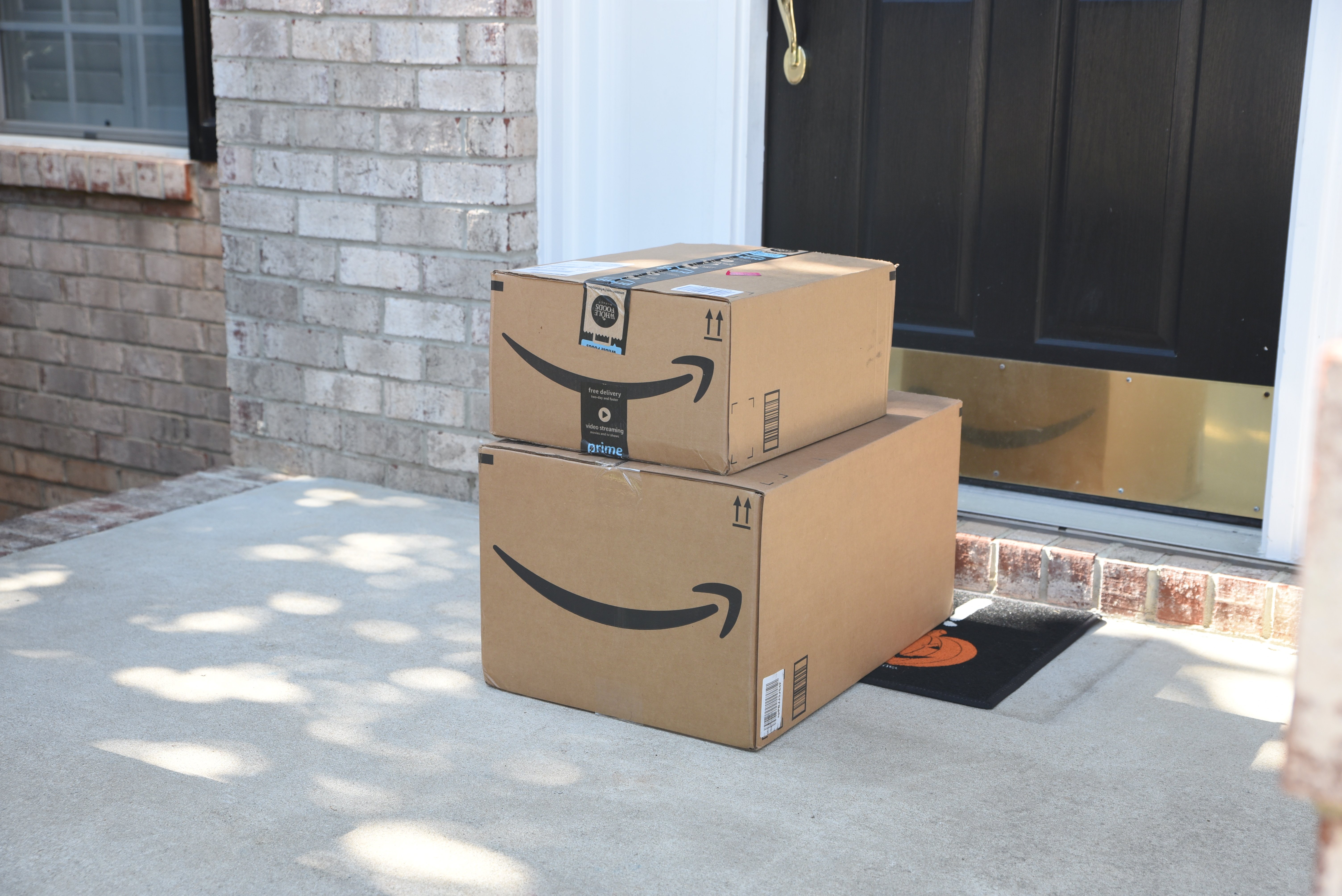 Retail Market Research, Like Drones, Are NOT For The Birds

Speaking of birds, that’s something we haven’t heard enough talk about. Birds, you see, are incredibly territorial, particularly predatory birds like falcons and ospreys. Said simply, they do not take kindly to intrusion into their airspace, whether it is another bird, a remote controlled airplane, or a drone.

We have yet to hear reports of drone tests scuttled by Scuttles, but as drone flights become routine, bird v. machine footage will become all the more common.  One solution is to find frequencies the drones can emit to ward off birds in its proximity, but this threatens to reconfigure bird environments with potentially disastrous consequences.

Avian anxieties aside, all retailers with digital channels need to be aware of what is coming. Amazon is working out ways to rationalize its most inefficient delivery operations, a move that will allow them to continue to set consumer expectations when it comes to delivery. Streamlined delivery asie, there is something else that must be mentioned about drone delivery: It’s novel and kinda cool. There is definitely an ‘oh, wow’ factor at work here and companies also must take care to not seem passe and dated as Amazon aggressively continues to set the pace.

For competitors in both retail and logistics, it’s time to move forward with retail industry market research to understand the future of delivery and where they fit into it.