What Market Research Can Tell Us About Retail's Circle of Life

We like good news around these halls, but we don’t shy away from the bad. And for many legacy retailers, the news hasn’t been good for a long time. The third piece your humble blogger ever penned described Sears’ transition from pioneer to settler, the Toys R Us Kids must have grown up because they certainly stopped shopping there, and who even remembers that Circuit City was once a thing?

With so many former champions of retail slowly decaying, it is worth considering what types of retailers are succeeding and, in Circle of Life fashion, moving in to the vacancies left by RadioShack and the like. Who is feasting on this retailer carrion—which types of brick-and-mortar retail, and retailers, are expanding, and why? So, queue up and avoid the impulse displays (that’s how they get you), because we are running a special on retail market research, offering a state of the retail union.

Retail successes seem, much like the country itself, to be highly polarized, with deep-discount and hyper-luxury extremes constituting the majority of retail’s expanding A-team. And while one would think that such a disparity has everything to do with the expanding gap between rich and poor, this only offers a partial explanation.

First, it is worth noting, as described in Forbes' excellent recent coverage, that historically, retail successes have not been nearly this stratified. Retail, according to the magazine, had long been organized into a bell curve, with the concentration of capital in the middle of the cost spectrum; over the past decade or so, however, we have gone into a “well curve” in which the extremes peak and the middle drops out.

In the bell curve’s glory days, the middle was held up by the very businesses now floundering: department stores, consumer electronics sellers, and all the other places people used to go before Amazon came to them.

Penny for Your Thoughts, a Dollar for Everything Else

In those simpler times, Walmart was on the discount end of the spectrum, but lately has been pushed to the middle of the pricing pack. Indeed, the bargain end of the spectrum has only gotten cheaper, now composed of ubiquitous dollar stores, like Dollar General, that occupy much of middle and rural America.

Every fact is politicized (if not disputed) these days and we are generally cautious about treading too close to touchy subjects, but we would be remiss if we did not point out that, demographically, these shoppers tend to be less educated, less affluent, more religious, and more conservative. That's not a value judgement or any statement about rightness or righteousness, it is just a series of statistics. Ask Forbes.

In fact, there is, according to CityLab, a Dollar Store belt in the nation, one that extends south from Ohio and encompasses rural areas in the nation's center where the sheer quantity of deep discount retailers is greater than any other region in the United States. With their deep discounts on everything ranging from food and drink to hardware and electronics, dollar stores offer a little bit of everything for practically nothing. However, for comparison's sake (and not just because it is one of this author's favorite topics) we are going to focus on fashion.

Dollar General sells an array of men’s and women’s fashions with prices topping out at around $15.00 and generally hovering around $10. Some well-known brands make appearances (hey there, Hanes) but generally the brands at Dollar General are not nationally recognized, but are serviceable nonetheless, and for many consumers, that is all they want.

Indeed, for dollar store customers, rejecting the fashion industrial complex is often part of a broader rejection of 'coastal elite' culture and snobbery, but also can simply mean they have other priorities and don't express their status and self-perceptions through their clothes.

Regardless of motivation, there's a reason there aren't many Sacks Fifth Avenues in the bible belt. Sacks doesn't think they are too good for this region, they just know they would not make more than $5 on Fifth Avenue, Arkansas.

That said, the “coastal elites” still like their discounts and super discount retailers, just under different auspices. Ross, TJ Maxx, and even Nordstrom Rack are all expanding discount retailers similarly pursuing customers who both desire and need bargains. Of course, in these spaces, the bargains are not on inexpensive goods but rather opportunistically acquired fashions and home goods that, in other locations, sell for significantly more.

No, these retail spaces are not littered with Gucci and Chanel (though this blogger once scored some slick Ferragamo's at a Nordstrom Rack) but upper middle brands like Micahel Kors, Ralph Lauren, and Coach. Consumers there take pleasure in the treasure hunt, searching from rack to rack to find that one deeply discounted on-season piece that will turn heads at tonight's party but not turn the lights off because they can't pay their power bill after buying it.

For those shopping at Ross and TJ Maxx, keeping up with the Jonses no longer requires paying full price. As we discussed in 2016, the stigma of discount retail has almost entirely eroded among millennials and paying less has become a point of pride not shame—if anything, admitting that you spent $350 on that new Ted Baker bag (paisley is the new argyle, btw) is now a sign of trying too hard, of buying your social status as opposed to working for it. Sure, this isn't true everywhere—I haven't heard too many rappers rhyme “great deals” with “Givenchy heels”—but among retail's targeted consumers, this does seem to be a dominant ethos.

Oh Lord, Won’t You Buy Me a Birkin Bag?

So we’ve got the discount end of the spectrum covered, but what of the other end, the extreme luxury side. We know these retailers’ names, so no need to dwell too much on the aspirational items most of us will never touch, much less own (but if anybody wants to make my dreams come true and buy me a Birkin Bag well, you just might complete me). 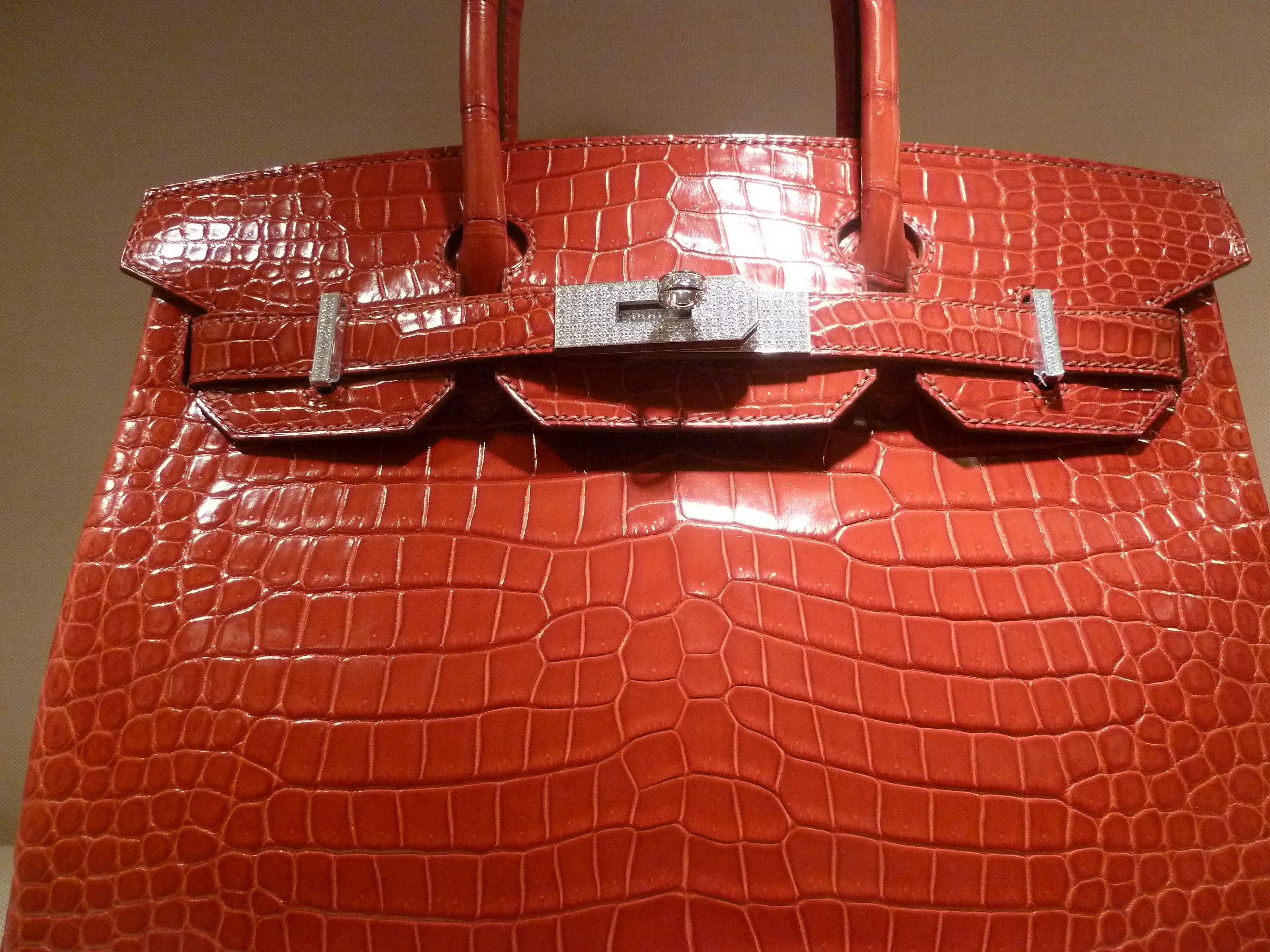 While we also must note the rise of Sephora and Ulta and other luxury beauty supply retailers that are nonetheless at least somewhat affordable to us commoners, the current king of luxury retail doesn’t sell fashion or fragrance but rather fashionable gadgets.

Yup, it's Apple season, at least on the coasts. The costly Apple Store, the single most profitable retailer in the nation in terms of sales dollars per square foot, has one-quarter of its stores concentrated in California, Oregon, and Washington alone, and another 20% in the Northeast corridor. Apple courts some of the nation's most valuable internet shoppers, meaning those who visit the Apple Store spend more money online than those who do not.

Though they do not sell clothing, their devices are just as much a signifier of status as any clothing brand could hope to be, and with customers deep trust of their hardware and services, they are the “it” item of the current generation. Fascinatingly, their refurbished devices offer discounts on their most popular items, making them more accessible to the masses while not tainting their luxury status.

Burning the Forest to Plant Your Seeds

Finally, we have the increasingly omnichannel retailers—sellers who got their start online and contributed to the downfall of the Sears and Circuit Cities of the world. Warby Parker, for example, began as an online-only glasses peddler, but has begun to establish a brick-and-mortar footprint with IRL showrooms.

To us, the most interesting of these retailers are the secondhand discount fashion sellers like the RealReal, which has opened its second IRL location on Los Angeles’s Melrose Ave on the heels of its SoHo, New York debut. Like online-only secondhand stores, they offer used hyper-luxury, aspirational items at a deeply discounted price point, making them more accessible to fashion conscious but not filthy rich consumers.

Look, the polarization of retail cannot continue forever, there are certain to be corrections coming down the pipe (because if this continues, well, we may be headed to the French Revolution). Putting in the market research with an established strategic consultant is the only way to stay ahead of the changing tastes, purchasing power, and priorities of US consumers. Sure, such services aren’t free...but they aren’t as expensive as a Birkin Bag (seriously, pretty please?!). 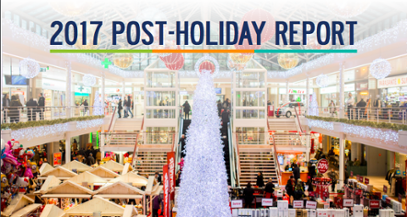