Meal Kit Providers Are Getting Burned by Churn: What the Market Research Says

When meal kits became a thing around 2012, their approach seemed as fresh and timely as the food they provided. With 80% of meals (and half of restaurant orders) consumed at home, meal kits were potentially a perfectly timed hybrid. Appealing to foodies’ adventurous desire to take a guided exploration of unfamiliar cuisine while streamlining the multiple steps required to prepare a home-cooked meal, Blue Apron and the like utilized the subscription model that has served so many industries well (except for you, MoviePass).

The industry has greatly proliferated since these early days with options appealing to healthier lifestyles, dietary restrictions, and particular ethnic cuisines—heck, even Chick-fil-A is getting in on it. Yet there is something rotten in this Danish.

Indeed, if we put in the market research to open the box up and see what’s inside, we find an industry plagued by churn in excess of 70%, logistical issues related to supply chain and shipping, and, most frighteningly, impending competition from grocery store private labels and the biggest baddie on the block, Amazon. Let’s get cooking.

The Trouble with Subscribing to the Subscription Model

Any passing glance at the meal kit industry would seemingly reveal a thriving business that is consistently adding new customers. Last year, the two biggest meal kit providers, HelloFresh and Blue Apron, combined for $1.5 billion in sales, up from $1.1 billion the year before. Although grocers’ meal kit sales pale in comparison to the industry leaders, at $155 million last year they saw 26% growth over last year. So, clearly consumers like meal kits and more subscribe rather than picking them up in grocery stores on-demand. So far, so good.

But subscribers, we have come to understand, bounce from service to service, capitalizing on introductory offers and canceling once full prices set in (much like your humble blogger did with Tidal when Lemonade dropped). These offers, made on seemingly every podcast on the planet, bait price sensitive customers who have become savvy enough to jump to a competitor once prices increase.

With such a high churn rate among subscriber (again, exceeding 70 percent!), providers have been forced into a war of escalation, tripping over themselves to offer the best deals and spending untold capital on celebrity endorsements. 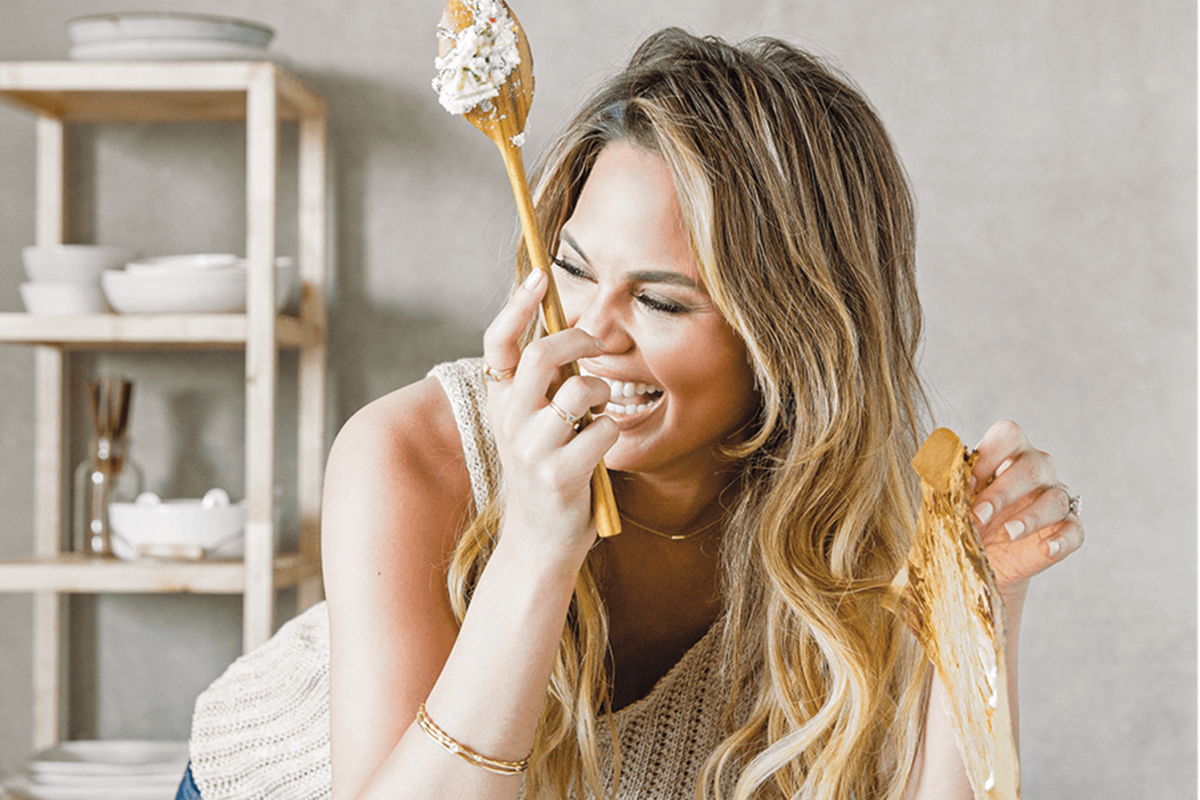 So it is that emerging national hero Chrissy Teigen, animated champion of working class Bob Belcher (yes, of Bob’s Burgers), and none less than Touchdown Tom Brady himself have all hooked up with meal kit providers. And this is all good—great, really, I can’t wait to get on the TB12 diet—but it also means that meal kit providers are pouring a whole lotta money to acquire subscribers who will ultimately unsubscribe once intro offers end.

Of Environmentalists and Accountants

Thus, despite being a multibillion-dollar industry, analysts and investors are already smelling something putrid in the meal kit. Blue Apron had the worst IPO of 2017, dropping 57% from $10 to $4.29 in less than a year.

Beyond the unsustainability of the subscription model, there are few reasons additional for this. First, sending fresh food to households across the nation, as the Wall Street Journal recently pointed out, is a logistical and financial quagmire.

The food must stay chilled and separated, and this requires an amount of packaging so excessive as to induce aneurysms among environmentalists and accountants alike. Indeed, packaging and shipping are so expensive that, oftentimes, they cost more than the meal ingredients themselves.

Also, even if churn among subscribers were not an issue, it is likely the subscription model is not the best way to organize the industry regardless. Think about it: often, with life being what it is, plans go awry and Tuesday’s Veal Piccata meal kit goes unused for a week and ultimately goes bad. Customers want the convenience of a meal kit but will increasingly want it on demand, not regularly arriving like an issue of GQ, which can sit on the coffee table for months without rotting (though fashion does go stale).

Indeed, according to one analyst, we are in the twilight of subscription-driven meal kits: “The market will evolve…Subscription will still exist, but won’t be the growth engine.” That’s why after True Foods acquired CHEF’D, they immediately suspended e-commerce operations, relying instead on grocery store partnerships.

Which brings us to meal kit’s panacea and placebo, the increasingly ubiquitous grocery store partnership. Blue Apron—after cutting prices 30%—is now sold in Costcos; HelloFresh is in Stop & Shop. Kroger purchased Home Chef for $200 million (more on that later) and Walmart is going into the business for themselves, offering insanely cheap ($8!) meal kit options in 250 stores with eminent expansion plans. 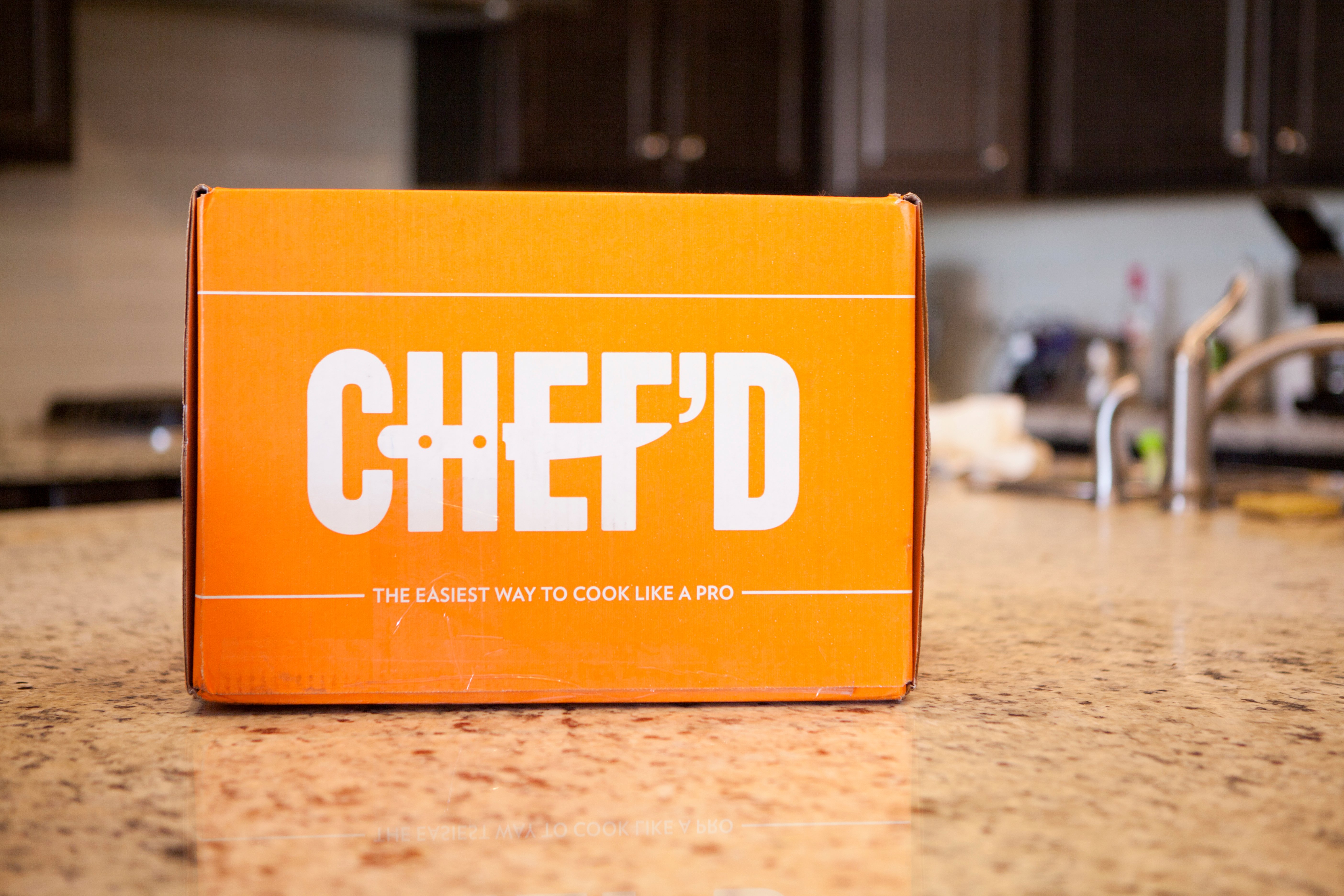 In the short term, Blue Apron and HelloFresh’s grocer partnerships make sense: Grocery stores provide a steady customer stream and refrigeration, obviating the need for shipping and packaging, the industry’s costliest operations behind customer acquisition. Consumers can get their meals on demand and even get them delivered by grocers’ developing delivery arm. Soon, there will no doubt be an entire meal kit aisle in most grocery stores representing multiple brands and price points—a utopian cornucopia of pre-measured and prescribed options.

So yeah, from the outside looking in, it seems like grocery store partnerships are a fresh solution that can save the industry from its logistical nightmares. But when we open the box and examine its contents, we realize it’s not the salmon that stinks, it’s Blue Apron’s long-term prospects.

Look, grocers and manufacturers are partners, but they are not family or even friends. In fact, with private labels, they are competitors. As we discussed way back in 2016 (before your blogger’s beard turned to a distinguished salt-and-pepper) Amazon has been eating manufacturer’s lunch by monitoring item sales and producing a cheaper version of the bestselling items. The same is going to happen with meal kits. Grocers will soon be doing the same to HelloFresh and the like.

Yup, with their reams and reams of grocery market research, grocers can, over time, learn which recipes, price points, sizes, and even particular ingredients offer the best combination of volume and margin, and then produce and sell their own private label version. In a desperate move to reach customers outside the subscription model, manufacturers are essentially educating grocers on how to undercut them.

This is why Home Chef’s acquisition by Kroger should be the envy and aspiration of all meal kit providers, whose churn rate and operational costs are not sustainable, and who only rob Peter to pay Paul when they partner with the very grocers who can ultimately stick a fork in their back. It is better to be absorbed than disintegrated (slay trick or you get eliminated).

The Coming Amazon Flood: What the Omnichannel Market Research Says

So what options are left to meal kit providers? They could try to partner with similarly-beleaguered national food service chains like Subway. But what’s to stop such chains from offering their own kits, much like grocers no doubt will? They could nonetheless try to get acquired by a chain looking to build out its food operations (looking at you, Starbucks!). Or perhaps they could even get acquired by a legacy manufacturer struggling to keep up with the times like General Mils (oh, Hamburger Helper!) or Campbell's.

One final option: they could try to build out their own storefronts—Blue Apron is experimenting with just such a concept at pop up retail locations in urban areas, but it remains to be seen if the overhead cost can be offset by consumer interest.

Whatever they do, they better do it quick, and we suggest putting in some omnichannel market research. Maybe even hire a strategic consultant.

Because Mr. Bezos sure knows how to party—arrive late…and then dominate. Just wait till we smell what Amazon has cookin’ in its Whole Foods kitchens because, despite a few toe-dips into the meal kit stream, Amazon has yet to fully dive in. And when they do, their splash will be big enough to blow many current players out of the water.