Two weeks ago, we wrote about Black Lives Matter, last week about face masks. And now, it seems, these two unnecessarily divisive issues have coalesced, and companies have been facing criticism for dress code policies that allow or forbid employees from wearing Black Lives Matter face masks, pins, and other attire.

In a week that saw Aunt Jemima, Uncle Ben, and Mrs. Butterworth permanently shelved as relics of racist caricatures, and companies have doubled down on their economic support for racial justice, food companies are trying to navigate their dress code policies specifically as they pertain to the permissibility of BLM face masks and other attire.

With food service establishments reopening en masse, masks, already political for some reason, have become further politicized, now imbued with the racial politics surrounding the Black Lives Matter movement. Masks were already a contentious issue (just check out this maskless guy trying to bum rush the Walmart) and over the last week have become even more so as workers have been fired (and rehired) after wearing BLM masks on the job.

If it feels like everything is suddenly political, that’s because it is, and this makes it harder and harder for companies to occupy a rapidly-eroding middle ground. Today, we’re putting in the food service market research to look at Starbucks’ and Taco Bell’s struggles to hit the right note when it comes to their mask policies and politics, not to give them grief but rather to illustrate the complex social and political world restaurants will face as they reopen their doors.

Starbucks recently reversed its policy forbidding employees from wearing BLM attire on the job. This came after an internal memo outlining the policy leaked, leading to a swift backlash against the company, which has previously found itself in similar PR situations.

Indeed, this isn’t the first (or even second) time Starbucks has, despite its best intentions, missed the mark when it comes to policy and practice in their stores. Who can forget Starbucks’ short-lived “race together” campaign where they invited customers to have meaningful conversations about race with their barista? Even more difficult to forget, two black men were arrested in a Philadelphia Starbucks in 2018 after the manager called the police on them for trespassing and loitering (they were waiting for a meeting and didn’t want to order until their guest arrived). The incident brought national scrutiny and shame, forcing Starbucks to close their entire fleet of stores for an in-store in-service about race relations.

And now, they’ve seemingly stepped in it again after forbidding employees from wearing attire (including masks and hats) that indicate support for the Black Lives Matter movement despite their public proclamations of solidarity and introspection.

After a social media outcry quickly pointed out the hypocrisy, the coffee giant reversed course, saying they would allow employees to exercise this freedom until they finalized corporate-approved attire that can express solidarity without offending patrons who are put off by forceful calls for social justice.

In a follow-up email explaining the original policy and its revision, the company noted, “We're designing new t-shirts with the graphic below to demonstrate our allyship and show we stand together in unity. Until these arrive, we've heard you want to show your support, so just be you. Wear your BLM pin or t-shirt. We are so proud of your passionate support of our common humanity.”

It remains to be seen who, if anybody, will be pleased with the soon-to-arrive, corporate-approved attire. We understand what they’re going for here, they want to be on the right side of history, but in doing so they are afraid of being on the wrong side of the right (and they are not alone in this: Wawa, for example, faced similar blowback in a similar situation). 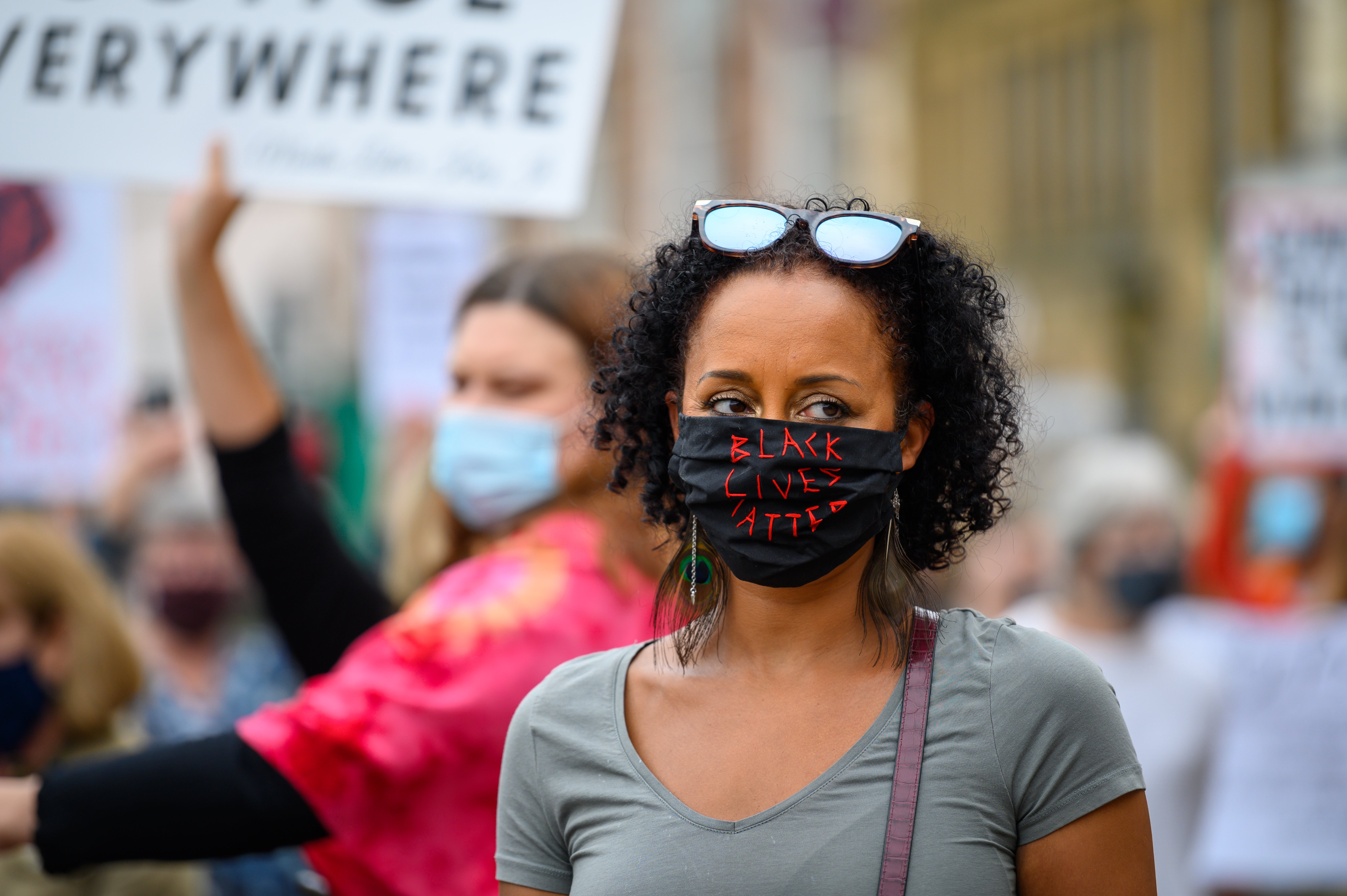 Starbucks has long longed to be a third space--not home, not work, but something else where consumers can gather, build community, and think big thoughts with their tall coffee. And, when it comes to our increasingly polarized two-party system, they’d also like very much to be a comfortably apolitical third-party space where people can gently interact in the public sphere.

They want to be “warm and welcoming” to the world, and, at present, the world is not entirely on board with blunt calls for racial justice. Thus, the memo ends, “We trust you to do what's right while never forgetting Starbucks is a welcoming third place where all are treated with dignity and respect."

But if the country is a place where minorities, and Black people in particular, are not treated with dignity and respect, this is already a grande order for Starbucks. Trying to be a warm and welcoming space in a world that is not? Well, that’s tough.

Consider the memo explaining the original policy forbidding BLM attire, where VP of Inclusion and Diversity Zing Shaw noted, “There are agitators who misconstrue the fundamental principles of the Black Lives Matter movement — and in certain circumstances, intentionally re-purposes them to amplify divisiveness.” It is these patrons the policy looks to mollify while simultaneously supporting social justice, but these positions are becoming mutually exclusive.

Starbucks wants to have their black-and-white cookie and eat it too.

This middle ground impulse makes sense. As Michael Jordan famously pointed out when facing pressure to be more politically active in the early 1990s, Republicans buy sneakers too. Indeed, the middle ground is an inviting space for a business, one that offends nobody and makes everybody feel welcome. But as the nation has become increasingly divided over the past decade, such claims to disinterest become less and less tenable. Heck, even Rick had to pick a side, and that was Casablanca. 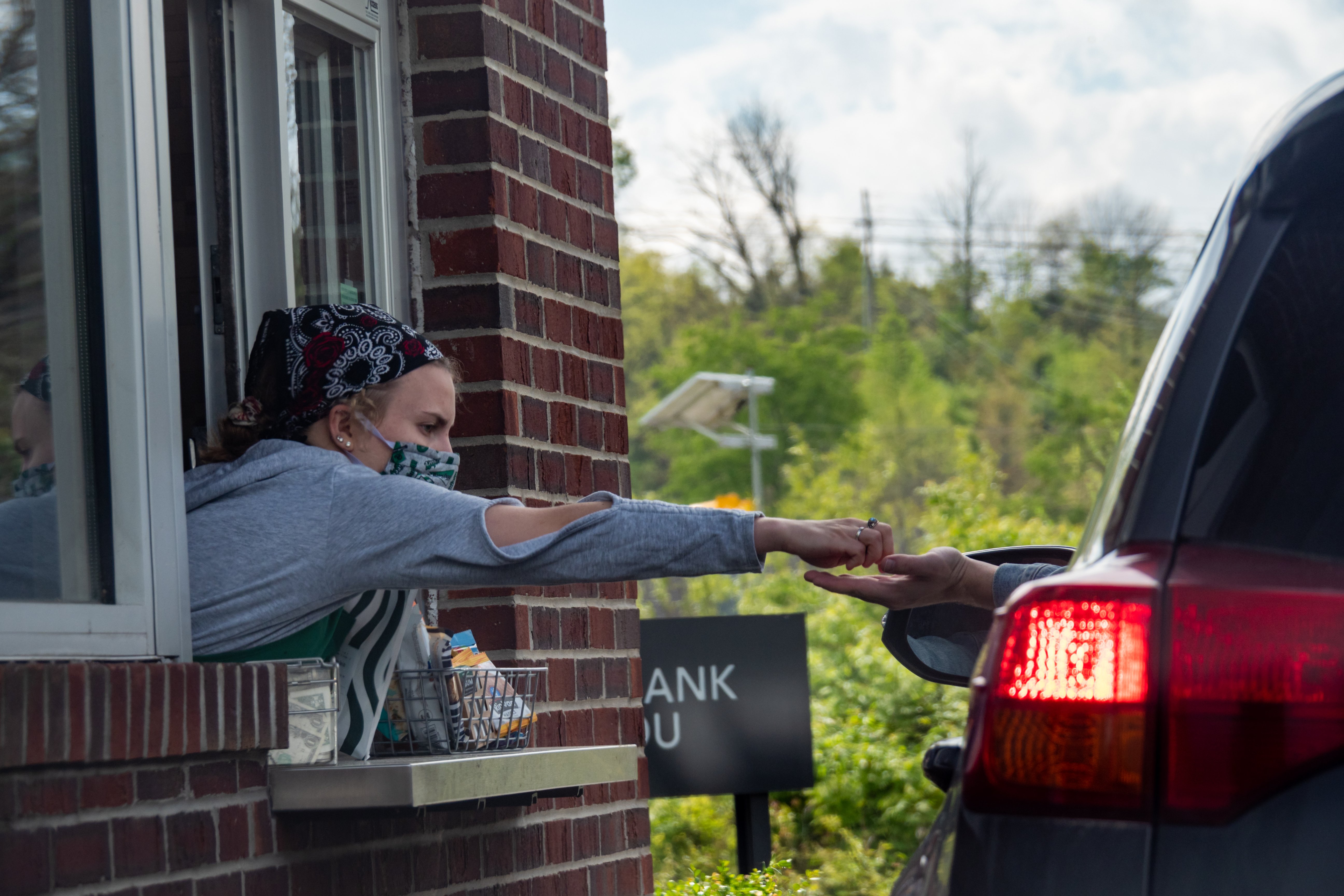 No, this doesn’t mean that every Starbucks must name itself after a local Black revolutionary or make customers sign an anti-racism statement when they enter the store. Nor does it mean they are malicious or doing anything other than trying their best. It just means that, in trying to please everybody, they could well please nobody. The song goes “stuck in the middle with you” but what if companies like Starbucks start to find themselves stuck in the middle...with nobody?

However complicated social politics are for corporations, things get even more complicated when franchises are involved--local owners and managers of company branded stores are charged with carrying out corporate mandates but are sometimes unwilling or not up to the task. And in our current social media moment, one mistake, even at the franchise level, can explode online, leading to calls for cancellation and sullying brand perception.

Such was the case with Taco Bell, where an Ohio manager fired a shift leader with eight years on the job after he wore a BLM mask to work. No Taco Bell policy forbids the mask, in fact employees are encouraged to provide their own masks if they are uncomfortable with the single-use paper ones the company provides. 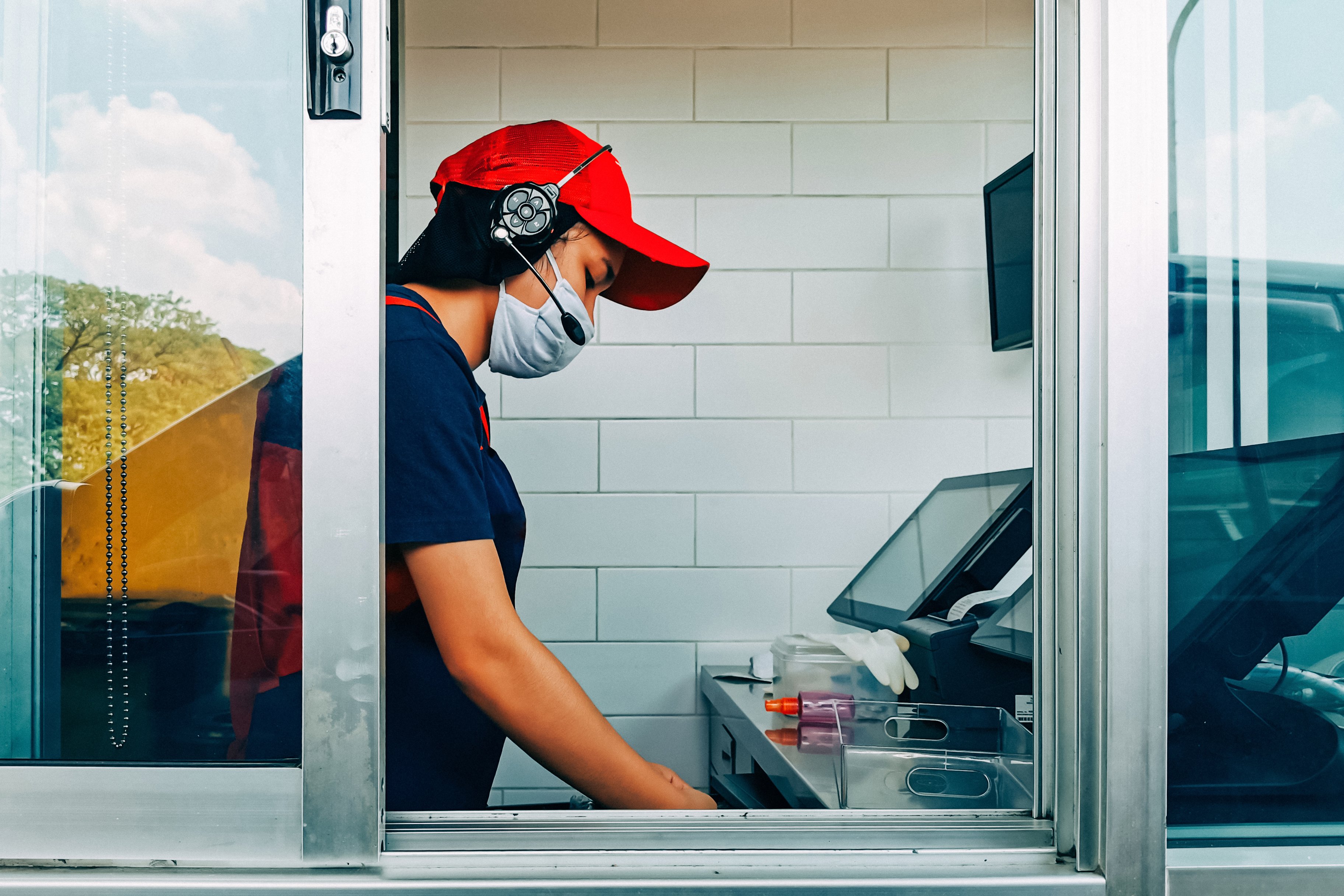 The employee broadcasted the encounter on Facebook Live, and in the video, his manager can be heard in the background admonishing him, “You can’t bring politics into the building.” We will leave aside discussions of politics and the workplace, but hopefully we can all agree that, whatever the politics involved, this action, in this particular moment, is not a good look for Taco Bell.

As one social media personality pointed out, “you can't claim to be the millennial brand and then just not be on the right part of this."

Taco Bell has intentionally positioned itself as the cool, hip millennial refuge and this incident threatens that image. This is why Taco Bell’s response was swift, as the company expressed disappointment about the incident, directly affirmed that “Black lives matter,” and promised to clarify whatever murkiness in their dress code policy allowed this to happen.

Culture Wars, the Middle Ground, and the Market

This will be easier said than done, however. The nation has yet to agree that declaring Black Lives Matter isn’t a political statement but rather an urgent and necessary declaration of value. Until this can be stripped of political affiliation and become a national imperative, it will be difficult to please everybody. Whatever companies do will be too much for some, not enough for others.

In the past, companies simply said nothing, trusting their silence to keep everybody comfortable. And consumers played along, not digging too deeply into companies’ practices and positions. But the culture wars have spilled into the marketplace like never before, and silence, as we previously explained, is at odds with our current moment and tomorrow’s dominant economic force.

Now, saying nothing is itself a statement and companies trying to gently ride the middle ground are facing pressure from both sides. Starbucks’ company-sponsored unity attire embodies that middle ground and illustrates the steps and missteps companies find themselves taking as they redraw the boundaries between business and politics. Who are they trying to please, who are they trying to pacify, and what, exactly are they saying?