Have you seen Dune yet? Did you watch it at home on HBO Max, or did you go to the movie theater? If your answer was the theater, well, you are not alone. Dune just had the biggest domestic opening weekend since the pandemic began, raking in over $40 million.

This is good news for producers and distribution companies, and it’s even better news for the world’s largest theater chain, AMC.

It’s been a rough year and a half for AMC, which forced to close its entire roster of theaters during the lockdown and lost out on exclusive theater runs as movies began appearing immediately on streaming platforms and VOD. People, by and large, have not been going to the movies for the past twenty months are so.

But there are signs that things are getting better, and that was before Dune started crushing it. With an infusion of cash from small-scale meme stock investors, a public that seems all too ready to return en masse to movie theaters, and a plan to capitalize on both, AMC looks to be on the ascent.

So, today we are putting in the market research to understand how AMC got to this point, the ways methodologies like panel surveys likely helped, and the future of movie going, next year and beyond. This has been a preview; it is time for the feature presentation. 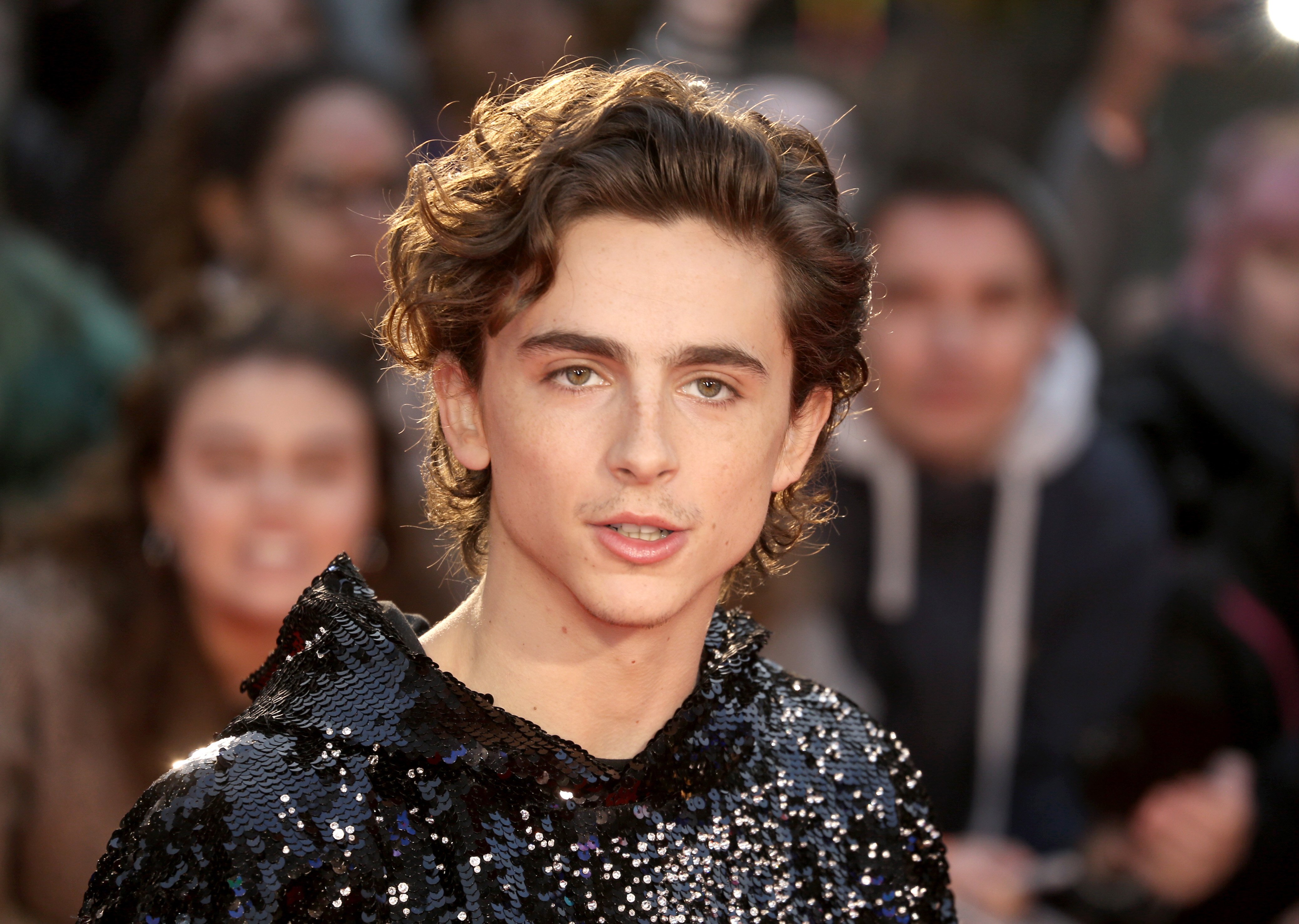 Let’s start here: AMC desperately wants you back in the theater.

To get this message out, the chain turned to none other than the Grace Kelly of our time, Nicole Kidman for a one minute advertisement. The spot Kidman (wearing a killer glittering pantsuit) walking into a theater, as she reminds consumers of the singular experience a big screen, booming sound, and collective viewership can offer.

While this $25 million ad campaign might not seem like a big deal—companies hire movie stars for advertisements all the time—it is actually quite groundbreaking. You see, movie theaters never advertise themselves, they let the movies (and movie studios) do that for them.

Distributors ship marketing materials to theaters (posters, banners, the occasional life sized super hero). While movie theaters do seek to differentiate themselves through their rewards programs (which they do advertise), they have never really felt the need to pay for advertising that convinces people to come to the theater. That’s because movies themselves are the advertisement.

But that was before the pandemic, before streaming, and, most importantly, before HBO Max and Disney+ started simultaneously releasing movies to theaters and to their own streaming service. Now, movie theaters need a better value proposition than “where else can you go to see a new movie?”

AMC CEO Adam Aron explained the campaign as a response to these current conditions.

“With all the change occurring in these uncharted waters in which we now navigate, we believe it is high time for an industry leader like AMC to go on television to remind today’s audiences of the magic that can only be found in a movie theatre and at AMC, with our big seats, our big sound, and our big screens,” he said. To shift from theater metaphors to basketball for a bit, we should be clear: This campaign is not a half-court-heave at the buzzer. AMC believes in its product and believes the time is now for a full court press.

The Rise of the Reddit Meme Stock Filled AMC’s Coffers

But they are not just trying to draw customers, they are also trying to draw investors. Recall that AMC, like GameStop, became a retail trading favorite, with every day people buying stocks on platforms like Robinhood after they went viral on reddit and TikTok. This army of small investors has kept the company afloat through some tough times and is the primary reason it can afford to purchase new theaters and upgrade current ones (more on this later) without incurring more debt—they are just that cash infused right now.

In fact, over the last six months, they have raised over $2 billion, predominately from…wait for it…stock sales! Crazy numbers, right? Well, try this: Roughly 80% of AMC’s current investors are from retail trading programs like Robinhood. Heck, their latest earnings call even included a virtual Q&A from these many, many investors who were invited to pose their questions through a website before the meeting.

This army helped AMC deliver what its CEO called a “transformational quarter” with a cash infusion that “gives AMC financial staying power to navigate boldly amidst coronavirus waters.” Sure, shares are still down $.70, but this was much better than expectations. This turnaround is almost entirely attributable to retail traders. 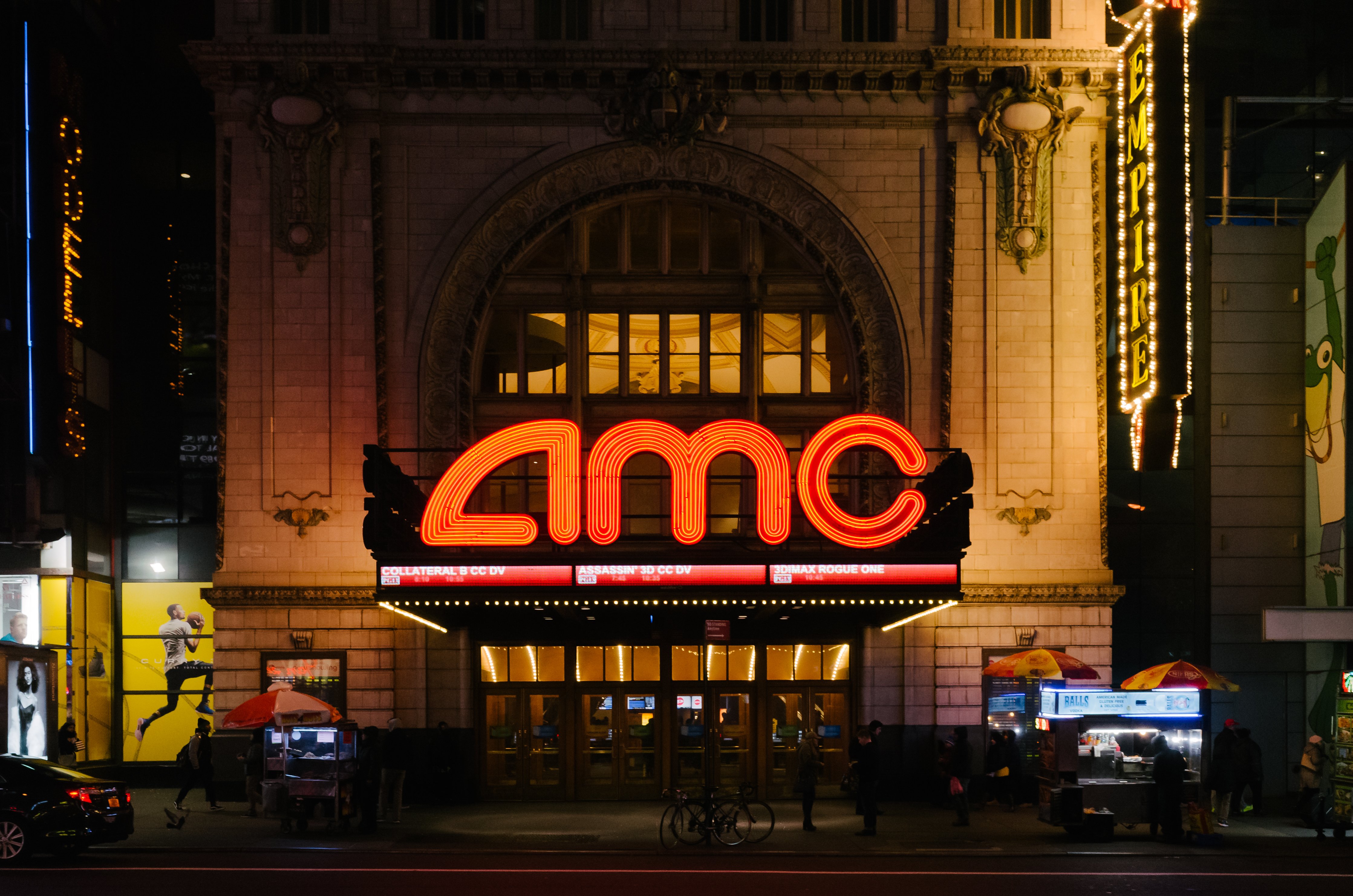 So, if you wanted to keep a bunch of twenty- and thirty-somethings happy, what would you do? Well, maybe you’d announce plans to partner with GameStop (again, another retailer trading favorite) for live e-sports viewing and even on-site competitions. That’s exactly what AMC has done, teasing this idea at the shareholder meeting (sidenote: Your humble blogger thinks this sounds really cool).

What are they doing with this cash influx? If the last few months are any indication, they have one goal and one goal only: gobble up market share.

They have recently announced plans to acquire at least six movie theaters in Los Angeles, Chicago, and Atlanta. These aren’t small local theaters but massive complexes like the famed Arclight in Hollywood. Of note, they are buying the theater properties themselves, not defunct theater chains that operated them. They are buying more screens and seats.

With these moves, AMC is clearly betting on the enduring draw of movie theaters. If theaters at least return to their pre-pandemic numbers (roughly $11 billion in ticket sales alone), this is a good bet.

Tom Nunan, a UCLA educator and founder of the production company Bull’s Eye Entertainment, sees the wisdom of this effort.

“I think AMC has made the wager ... that in the immediate term, ‘Let’s run the table, let’s be by far the biggest theater owner and possibly an even larger theater tenant,” he said. “AMC is making the bet that they will be the primary theater owner monopolist…‘You’re going to have to work through us if you want to get your hands on quality theaters.’”

Ok, so they have the cash, the message, the movie star, and the market share. All they need now is a big 2022. Two months out, it already looks good for several reasons.

First, it seems as though AMC is successfully negotiating with movie studios and distribution companies to return to exclusive theater runs before titles begin streaming on demand. This means that films like Black Widow and Dune, which both had respectable opening weekends but were also cannibalized by Disney+ and HBO Max respectively, would stand to do even better business within this exclusive window. 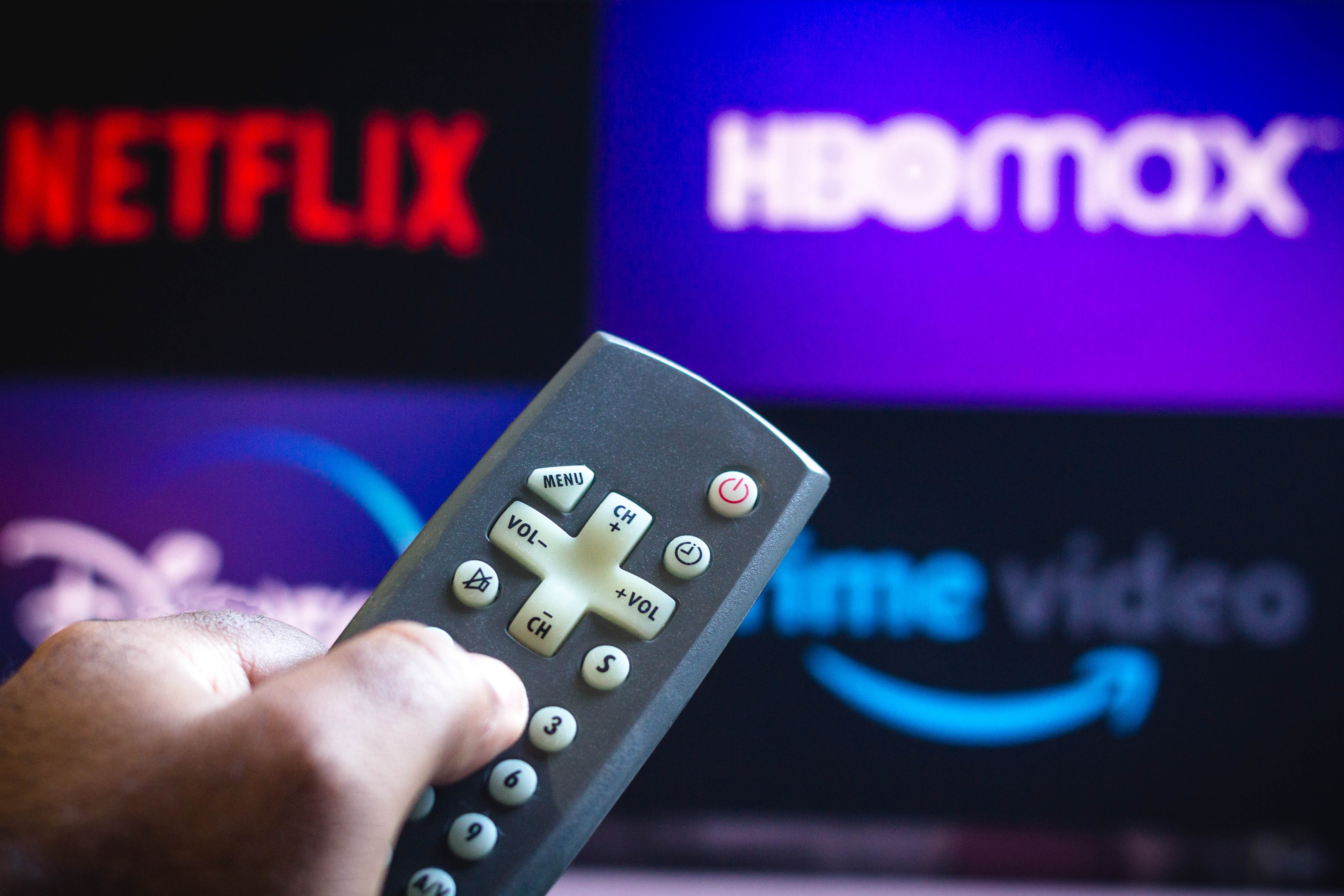 As CEO Aron explained, “We’re in active dialogue with every major studio on this topic. We’re hearing considerable support that an exclusive theatrical window is an important way to build a successful movie franchise.”

This means that moviegoers interested in seeing the next big movie will have to do it on the big screen, not on their big sofa at home.

And with backlog of movies delayed by the pandemic, 2022 is likely to be a banger of a year to be in the theater business. With multiple MCU movies, a new Batman franchise, and so many sequels it’s tough to keep track, it will feel like a new tentpole is released nearly every couple of weeks (as for me, I’m holding out for Death on the Nile).

Theaters can only show the pictures, they can’t make them. They rely on content to drive traffic, and it seems that there will be no dearth of content in the upcoming year.

Add to this the fact that a large majority of US theater goers are now vaccinated and entirely comfortable sitting in a (reasonably ventilated) room full of strangers, and you have the makings of a huge 2022 for AMC. 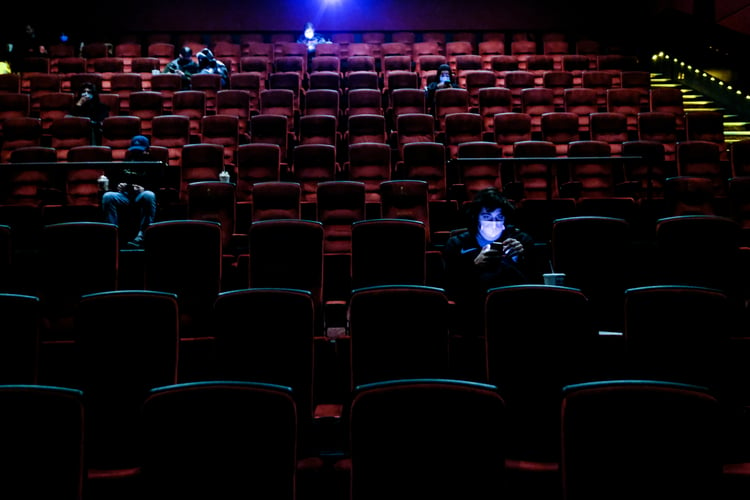 So, despite a bumpy 2020 and some obstacles left to clear, it seems like AMC is well on its way to a rebound that may even take it to new heights. And we have no doubt that market research got them there.

Utilizing panel surveys and voice of the customer methodologies surely helped guide AMC as it determined its path from pandemic shutdown to market share expansion. The insights gained from market research—that AMC’s ideal customers were not satisfied streaming movies at home, that they wanted to get back to the theater—was likely the key driver behind AMC’s strategy.

It was scary there for a while. People were really enjoying their lockdown entertainment options and its relatively lower cost. But, like me, people began to miss dinner and movie date nights, miss the way that theaters make movies an event instead of a way to fill time between work and bed.

As they push through what will be a very big 2022, they should explore mystery shopping programs to ensure that their safety and service standards are being met. People are coming back to the theater, now AMC just needs to make sure they are happy when they leave.

As their CEO recently opined, “We would like to think that someday when a movie is filmed about AMC and COVID, its title will be one compelling word, ‘Recovery.’ But, only time will tell.”

Thanks to a bunch of recreational stock traders who made AMC a meme stock, they have the cash, the content, campaign, and the plan to help ensure that, when time tells, it will be a good story.