Dick’s Decline Due to Gun Restrictions? What the Retail Market Research Says

Loyal readers will likely notice our restrained tone (no jokes in the first few sentences, what gives?!). Look, this is a serious topic demanding a sober assessment as we tread carefully through highly politicized issues that many no doubt feel on a personal level.

So let’s avoid any unfortunate gun puns and just get going on this retail market research adventure as we attempt to ascertain how much of Dick’s dip can be attributed to its changing gun policy, assess what else may be causing the decline, and try to find ways for Dick’s to again rise in the face of a changing retail landscape.

Not a Titanic Decline

So how much of a dip are we talking about here? Well, same-store sales were down 4% in quarter two. Of course, nobody wants to see a same-store decrease, especially one pushing 5%. But, that said, revenue grew nonetheless, as did earnings.

Sure, revenue came in lower than expected, growing only 1% to $2.17 billion, but still, we aren’t talking about the Titanic hitting an iceberg here, more like it just blowing out an engine. They’ve already bounced back from the stock drop that accompanied their announcement and are making store closures to balance out their books.

So yeah, things aren’t great, but let’s keep it in perspective. This isn’t the Hindenburg either. It's more akin to locking yourself on the balcony than it is to the balcony actually falling off of your house.

After the Parkland shooting last February, Dick’s announced it would stop selling assault weapons and high-capacity magazines, while also raising the minimum age for gun purchases to twenty-one.

At the time, Dick’s expected this decision to sting a bit, with CEO Edward Stack suggesting in mid-March, “The announcement we made two weeks ago regarding our firearms policy is not going to be positive from a traffic standpoint and a sales standpoint.”

But, guns and politics aside, is it entirely accurate to claim Dicks minus guns equals declines? Not entirely, no.

One retail consultant summed it up nicely, “Dick’s disappointing earnings are not about their ban on assault rifle sales or any of their other social stances.”

Indeed, according to Stack, the hunting category writ large and gun sales in particular were already dragging even before the post-Parkland decision, “We are downplaying the hunt business based on what's going on, not only from our policy on firearms, but just the industry is challenged,” Stack said.

So, if it’s not the guns, how to explain it? 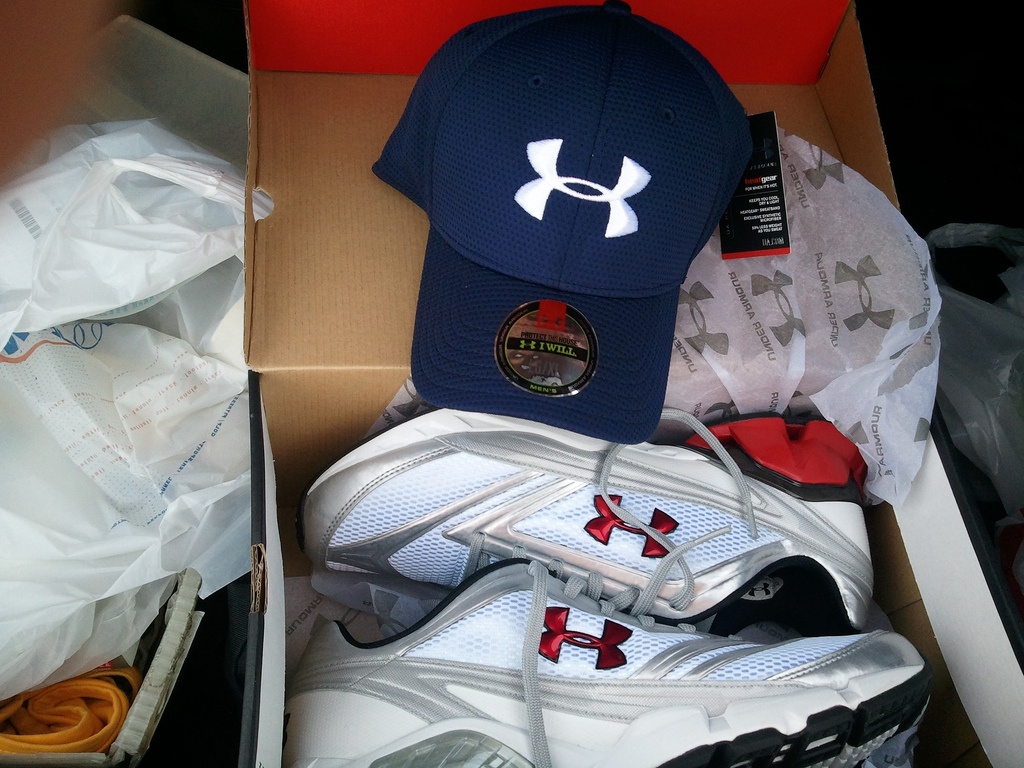 According to Dick’s, the most significant setback has less to do with guns and more to do with armor, Under Armour that is. In an attempt to turn around its own profitability problems, Under Armour has expanded their retail partnerships beyond premium sports apparel retailers. This means they are no longer exclusively found in Dick’s and Big 5 and the like, but now sell (at a lower price point) in everyday fashion retailers like Kohl’s and Macy’s.

This has been problematic for sellers of sporting goods, who had been the exclusive home for the brand. "We experienced continued significant declines in Under Armour sales as a result of their decision to expand distribution," CEO Edward Stack pointed out.

Yes, the Under Armour gripe is true (and also problematic for Under Armour, which only saw a 2% revenue increase last quarter, meaning that as they have cheapened their brand, they haven’t seen a significant sales spike—but this is not a blog about Under Armour). Yet despite being true, Dick's gripe with Under Armour also shows how vulnerable Dick’s is to its vendors’ prerogatives. Under Armour snaps its finger all Thanos-like and Dick’s same-stores drop. Not the most inspiring situation.

With more and more manufacturers finding new channels and even going direct to consumer, Dick’s knows that it must adapt with the times.

Indeed, Dick’s, like nearly every other retailer, has been doing some soul searching and some retail market research, and have decided the time is right for a transition.

Side note: did you know Carrie Underwood sells her exclusive CALIA brand at Dick’s? Maybe that’s where she got the Louisville Slugger she took to both headlights? Regardless, this is good news for Dick’s as private labels become increasingly important in an era in which its biggest partners (looking at you, Nike) are going direct to customer. 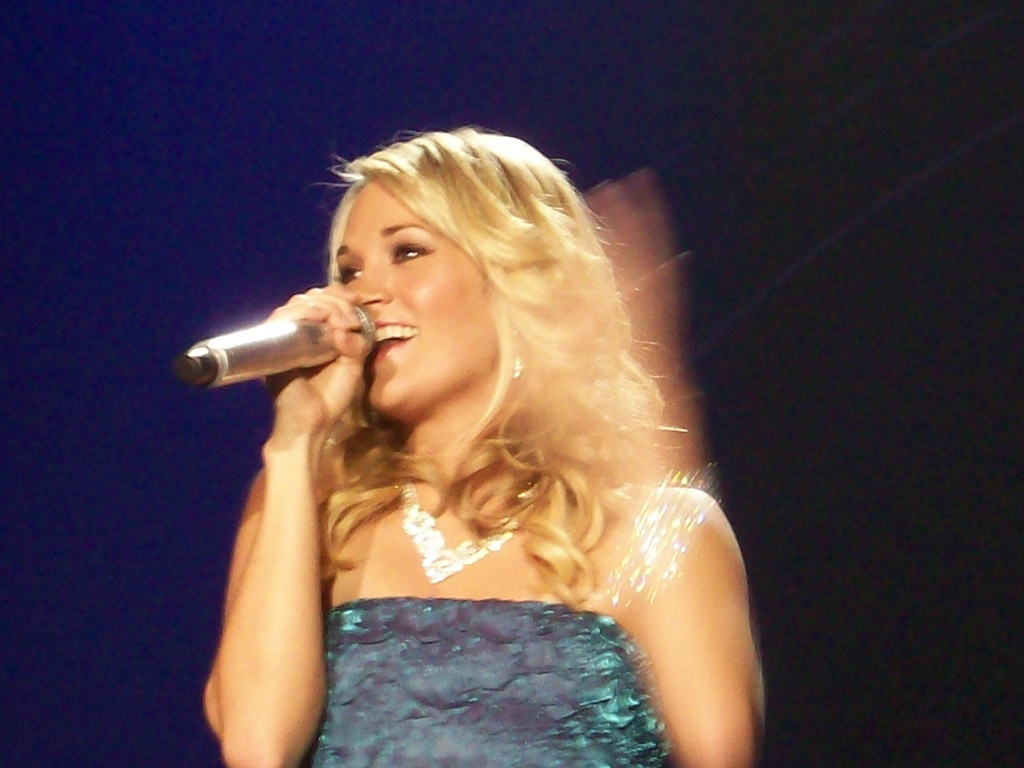 Also hitting double digit increases: online sales. So Dick’s, like many a retailer, is building out their online game while also turning to exclusives that customers will never find for a lower price at Kohl’s or Macy’s. So far, so good.

They’ve also tightened things up, lowering their inventory level over the last quarter—they are getting smarter about what to carry, how much, and when, meaning they aren’t left holding a Dick’s bag of stuff they can’t sell at the end of the season. As we described a couple years ago, this is a necessary step for companies looking to remain profitable in an era of omnichannel upheaval.

In an ideal world, Dick’s would like their salesfloors to be experiential based, meaning people go there to find products and information they can’t find anywhere else. They’d like their in-store associates to be repositories of accessible sporting goods information for everyday customers; they want you to drive to Dick’s when you need to know which tennis racket to get your kid who is just starting lessons, or which shoe to buy because the last pair you bought online gave you corns.

One way to achieve this: they are heavily investing in little league and other youth sports across the country. This will, they hope, put them at top-of-mind for future shoppers, who will remember the great experience they had when they bought their first batting glove (which they still have because they wore it when they hit their first homerun).

Play Politics only When Necessary

So in the end, it looks like Dick’s has a fighting chance and that the gun decision wasn’t necessarily the single punch knockout blow some have assumed it to be. Nonetheless, there is cause to reflect a bit on the role politics can play in retail.

Our 2018 Grocery Industry Report can shed some light on this—though grocery is not sporting goods, they both sell stuff to people and the lessons we learned there are nonetheless instructive. We found that consumers are ten percent more likely to punish a retailer for a political stance they oppose than they are to reward them for one they support. This means that grocers, and likely retailers in general, stand to take a bigger hit for a political stance than any bump it generates.

Of course, Dick’s didn’t go out of its way to throw itself into a political issue—as sporting goods sellers already offering firearms, there was simply no way to stay out of the current gun controversies. Keep selling them, enrage half your base; restrict or stop selling them, enrage the other half. They simply had no way to avoid the crosshairs.

But for retailers who don’t necessarily need to tread into these fraught political times, we recommend staying on the sidelines.