Pedialyte is growing up. Abbott’s life-saving rehydration product formerly marketed to parents of diarrhea-dehydrated children now wants to save adults from a different kind of dehydration, the kind that comes from drinking one (or seven) too many adult beverages.

Launched at the end of 2018 (prime partying season), Pedialyte Sparkling Rush is an adult-targeted powdered Pedialyte in a pouch that, when mixed with water, delivers the hydration of OG Pedialyte with added convenience and bubbles.
Targeting their formula to adults still drinking to blacked out highs and hung over lows, Abbot wants to Ensure (geriatric shake pun) they are the go-to cure for adult dehydration, alcohol related and otherwise. Combined with recent efforts to storm Gatorade’s keep by targeting exercise-related rehydration, Abbott is shifting Pedialyte’s brand from pediatric health to adult leisure.

And what, dear readers, could possibly have alerted Pedialyte to this untapped, thirsty market? Come on, say it with me for old times’ sake: market research. So line ‘em up and chase ‘em down, we are taking a few quick shots of CPG market research to uncover how, when, and why Pedialyte has decided to take its adult customers from off-label to on-brand.

Abbott announced Pedialyte 2.0 just in time for peak holiday party season last year, a holiday season their press release noted was “rife with dehydration pitfalls” including “those late nights out with friends.” The press release, a master stroke of marketing and market research, offered its product as a solution: “proper hydration” they tell us, “not only makes you feel better, it can improve mood, brain function and energy levels.”

We all know what they are saying, even if they’re not saying it: Hangovers hurt because of dehydration, Pedialyte cures dehydration, drink Pedialyte when you are hungover and you will feel better. But the post booze-cruise crowd isn’t their only target. 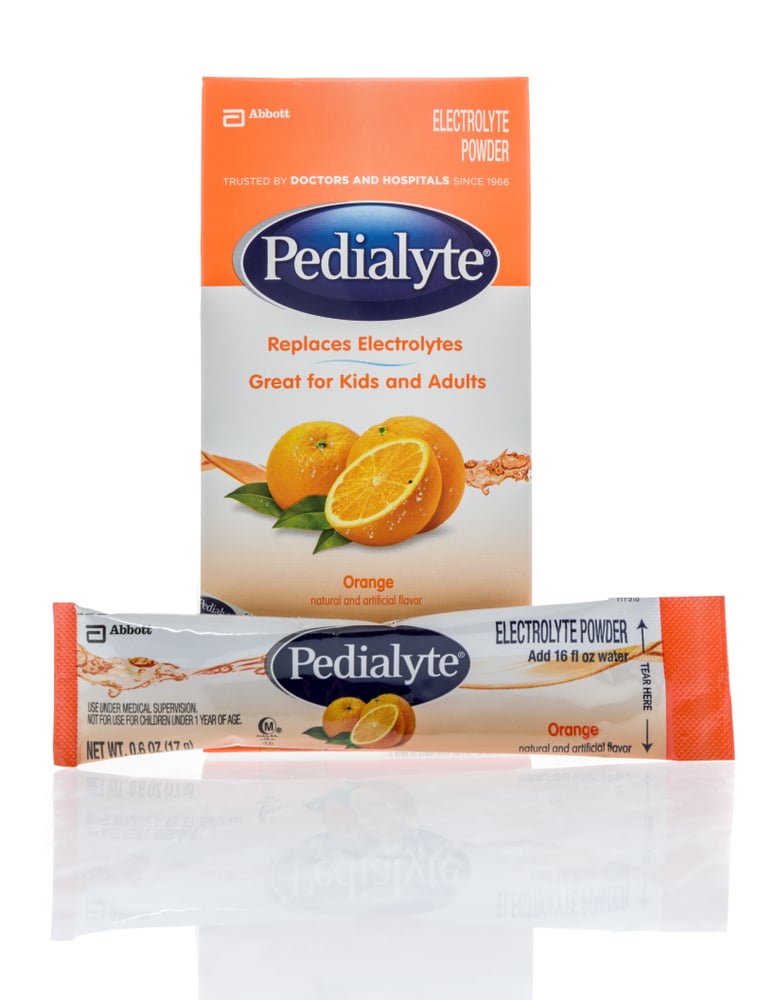 In a clear shot across the bow at Gatorade, Powerade, and the sports drink market, Abbot describes their new Pedialyte Sparkling Rush as “…a medical-grade hydration solution that replenishes the body with twice the electrolytes and half the sugar of leading sports drinks” with “no artificial colors.”

While it may seem they are merely pointing out their product is better at curing hangovers than Gatorade (another common go-to for the hungover; I myself prefer Pepino Limon), as we shall soon see, they are actually courting Olympic athletes as much as Olympic-level drinkers.

In just a few hundred words, Abbott accomplishes at least four branding goals at once by:

The Permissibility of Powder

Of course, Pedialyte Sparkling Rush isn’t just about branding. By powderizing the formula, Abbott makes it permissible in music festivals, sporting events, pool parties, and any other place that restricts liquid at the door. The only thing more ubiquitous at Coachella than Pedialyte powder packs was cans of White Claw.

And who says that Pedialyte is just for the day after? Particularly savvy partiers know to rehydrate as they dehydrate, and Pedialyte is an increasingly popular mixer.

In fact, your humble blogger just attended a lovely Saturday beach party (happy birthday, Brian!) full of illicit-red-solo-cup drinking. The most popular cocktail at the party? Watermelon Pedialyte powder+water,+vodka. This drink—I call it the “Even Steven”—promises to hydrate as the sun and booze dehydrate and, as a relatively experienced drinker of every cocktail concoction imaginable, I can report Pedialyte offers a subtle sweetness that really seemed to go with the day.

But let’s not take this too far, let’s not start mainlining whiskey with impunity. Because despite this aggressive alcohol-oriented campaign, Abbott is careful not to push its claims too far. As Maxim has hopefully pointed out, the Abbott website notes that Pedialyte is “not a hangover cure” but this text appears under a photo of an obviously hungover adult  who is clearly using this product for exactly that purpose.

And though they do take care to not push their claims too far, the same website also notes that Pedialyte can “help with the dehydration you may experience after a couple cocktails.” 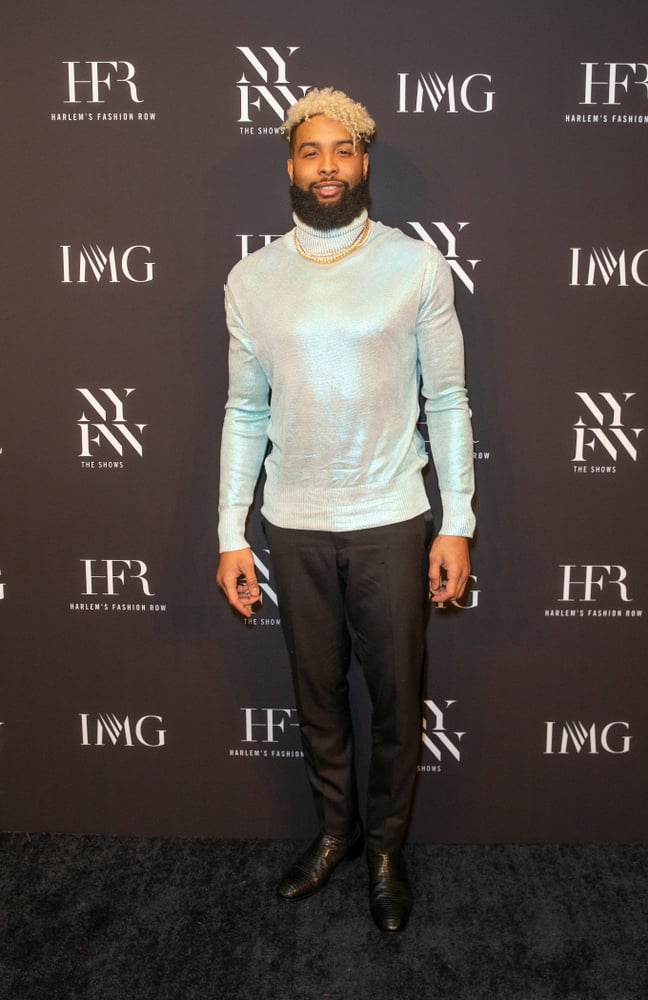 As we said before though, this adult pivot isn’t just about alcohol-induced dehydration—Abbott would like for active adults to turn to Pedialyte. That’s the thinking behind their recent branding partnership with fashion and style icon (as well as the best wide receiver in the world) Odell Beckham Jr. whose dual image as a top-tier athlete and premiere partier (on boats to boot!) balances well with Abbott’s aspirations.

With the Beckham partnership, Pedialyte is moving into post-exercise rehydration, which, according to our 2017 Beverage Industry Study,  has firmly been Gatorade’s territory.

Pedialyte wants to rehydrate at least three distinct groups, serving the dehydrated athlete, the infirm and diarrhea-prone, and the hungover partier. What has formerly been marketed as saving sick kids across the world is now for anybody with a corporal thirst.

Pedialyte and Market Research Can Both Cure the Ailing.

Of course, this expansion into adult markets is not just a shot in the dark (which is not a blackout pun). Abbott knows good and gosh darn well that adults are already using Pedialyte off-label, that they want it in a more convenient form than quarter-gallon jugs, and that bubbles are always appreciated in the adult market. And there is only one way they could know all of that. Yup, that’s right, market research.

There’s no telling which market research methodologies they turned to, but if we had to guess, we’d bet it is some combination of sentiment analysis, panel surveys, and shopalongs, which provided them a steady stream of qualitative and quantitative data suggesting they move aggressively into adult recreation.

So, the next time you are hungover, lying on the bathroom floor because even though it may be dirty, it is at least refreshingly cold, you just may find yourself reaching for a Pedialyte. And when you do, remember, you owe it all to good ol’ fashioned market research.

I’ll drink to that. Hopefully in moderation. But if not, well, there’s always Pedialyte.