A Market Research Buffet: How All-You-Can-Eats Can Make Money

We set our own editorial calendar, but every now and again, a casual workplace question becomes an internal debate…and then becomes a blog topic.

Recently, a lively discussion ensued in TrendSource's lunchroom about how (and, indeed, if) all-you-can-eat (AYCE) establishments could possibly succeed. You know what we mean—AYCE buffets ranging from pizza to Chinese, AYCE restaurants like Korean BBQ and sushi, how do they stay afloat?

Some of our staff reasoned that, with the amount of food they can put down in a single sitting, there was simply no way such a restaurant could possibly break even, much less make money when they let consumers determine portion size. Their reasoning, however, is not correct. Much like people erroneously forgot about Dre a decade ago, many of our coworkers forgot about restauranteurs’ secret weapon: food service market research.

So undo your belt buckle and top button, avoid the breadsticks, and always mind the sneeze guard as we serve up a reasonably sized portion of the market research that goes into ensuring AYCE profitability.

Surveying AYCE Market: Something for Everybody

The AYCE market is quite stratified—from bargain basement to bourgeois aspiration, there’s an AYCE restaurant for every budget.

On one end we have the ubiquitous Golden Corral—operating 500 buffets in the US and opening a new one every three weeks or so—where an entire family can eat for the price of a mid-tier bottle of wine; on the other end we have the Vegas carnivals of conspicuous consumption (more on them shortly).

There are also infinite independently-operated ethnic buffets, particularly of the Chinese, Indian, and Pakistani variety, and the upper-middle echelon, occupied by AYCE Korean BBQ,  Japanese BBQ, and sushi.

If you live in or anywhere near an urban area, you’ve seen a multicultural cornucopia (we dare not say buffet) of AYCE options. Let’s move down the line. 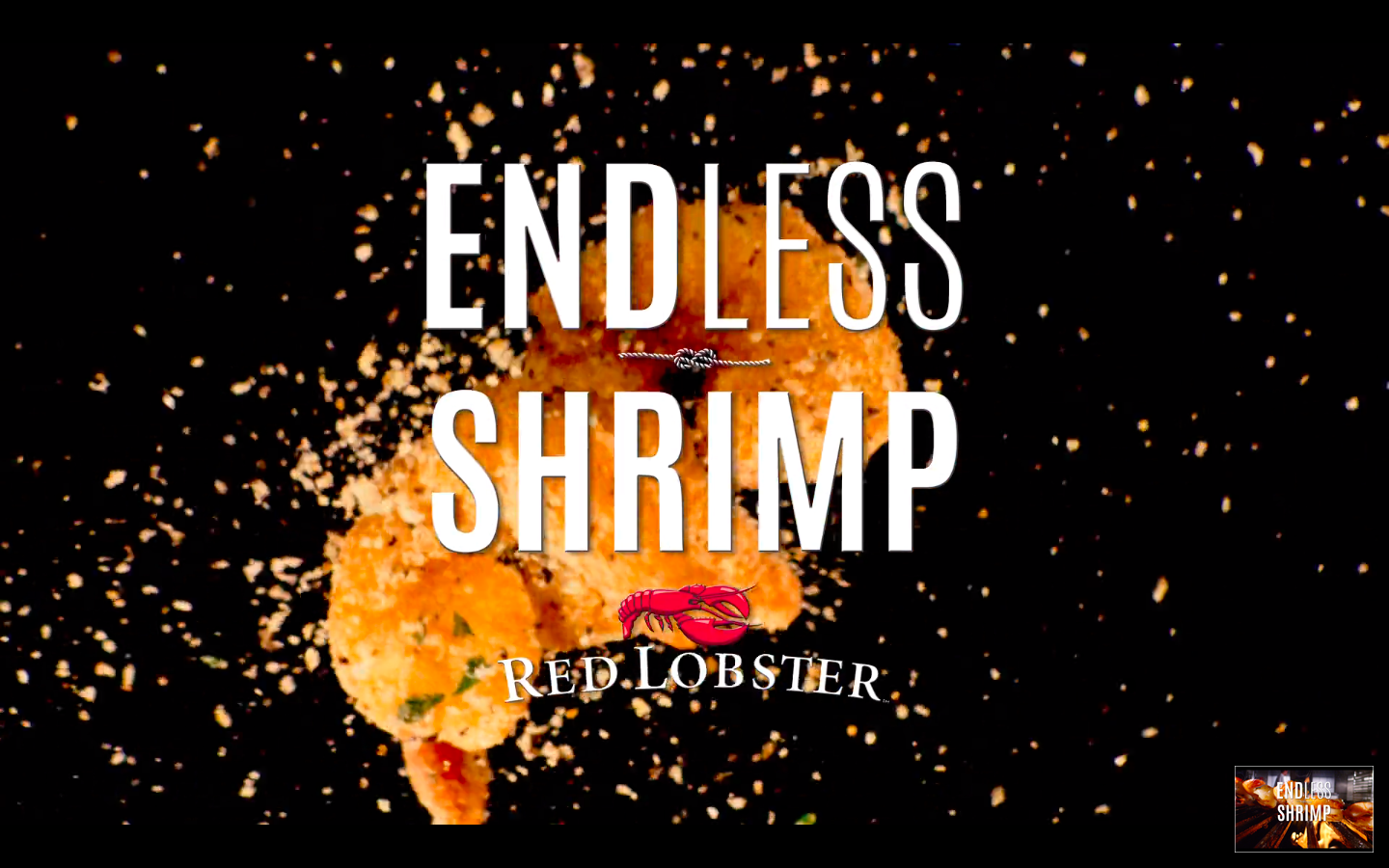 Some AYCEs are loss leaders, pure and simple.

Consider first the AYCEs within otherwise traditional restaurants. Red Lobster, where this blogger is certain to be soon dining with his grateful man, has a blowout on shrimp every year, corporately/colloquially dubbed Endless Shrimp (but it will always be Shrimp Fest in our hearts).

There is simply no way for them to make a profit off of AYCE shrimp or even sustain it to break even. Instead, they use several systems simultaneously to control this limited time loss leader.

First, it’s a limited time only type deal, meaning it lasts for roughly six weeks per year. This creates a sense of urgency and ensures that anybody in the market for endless shrimp is primed and ready for this scarce offer—that’s just marketing 101.

Next, as any experienced endless shrimp eater knows, it takes a while to get going with the shrimp. Before you can have them, you must first test your self-control by refusing those warm, salty, and crumbly Cheddar Bay biscuits, which, as it happens, are always endless. So, before you get the pricey protein, they are gonna try to carb bomb you.

Once they’ve got you primed, they ensure that the shrimp are loaded with weight (butter for scampi, frying oil for deep fried, etc.) so as to limit any one customer’s intake.

If it were profitable or even sustainable, endless shrimp would never end. By keeping it on their yearly calendar, Red Lobster hopes to keep themselves in consumers’ minds year-round. They want to get opportunistic diners hooked on the magic that is cheddar bay biscuits and regular menu items, to get butts into seats, to boost Q3 sales numbers. Yup, just your typical loss leader.

But shrimp fest is nothing compared to the bacchanalia of excess going on in the last decade or so at Las Vegas casinos where a war of escalation has taken buffets to an almost Ancient Roman level. There customers enjoy AYCE wagyu beef, Alaskan king crab legs, and caviar, washed down with bottomless top-tier bubbles and brews. Your humble blogger is a beast of binge buffet eating (who once put down 3 pounds of crab legs in one, ultimately painful, sitting) but it doesn’t take somebody like me to put these buffets in the red. Anybody with even the slightest appetite could sink a Vegas buffet’s margins.

But profit was never the point.

That’s because, while restaurant margins are notoriously thin, Wynn and Caesar’s Palace are in a different game where margins aren’t thin at all. Yup, that’s right: gambling. The Vegas buffet is essentially a mark maker—a siren song that lures people in, makes them feel like they’ve gotten way more than their money’s worth, gets them a little buzzed, and then unleashes them on the casino floor where, unless they’re betting on Touchdown Tommy's Patriots, we don’t much like their chances.

The way customers figure it, they’ve saved money with all that premium beef they’ve got in each level of their digestive system. The way casinos figure it, they’ve thrown a little money away on food but now have a steady stream of whales wandering their casino floor.

But for year-round AYCEs not subsidized by gambling revenue, profitability is a pretty tough balancing act. Establishments must fill customer’s stomachs as cheaply (gotta keep margins in tact) and quickly (gotta turn tables) as possible while also ensuring their value proposition remains intact.

To thread that oh-so-tough needle, they gotta turn to their old friend, market research, to determine their price point. Common sense would have it that the lower the price of entry, the more value a customer will perceive they get from their meal. This is not true, however.

A recent study showed that customers are likelier to be satisfied by their AYCE food when they feel it is more valuable. Thus, a $4 AYCE pizza buffet doesn’t taste quite as good or feel quite as satisfying as an $8 one. Operators must balance value perception with actual value and profitability, relying on a few tricks of the trade to tilt the balance in their favor.

Here are just a few of those tricks—some common sense, some market-research based—that AYCE establishments (buffets and otherwise) use to ensure customers don’t eat them out of house and home.

First, many of these places keep no fixed menu. This means they can change items daily based on what is cheap. If their meat supplier has a special on brisket, guess what’s going into the buffet line?

Along those lines, AYCEs often go for seasonal foods. For them, it is simply more cost effective. Tomatoes grown nearby and in season are going to cost less than those grown somewhere in the Southern Hemisphere during our winter. For customers, however, this just adds value. Signs and placards no doubt tout the food’s “locally sourced” or “seasonal special” nature. Enhancing value perception and saving money at the same time—that’s the kind of move that allows establishments to go from red to black.

Also, do you know how cheap wholesale vegetables are? Seriously, like we’re talking $6 for 50 pounds of carrots. Ditto for simple starches like rice, noodles, potatoes, and bread. Guess which items are invariably featured at the front of a buffet line (with relatively enormous serving spoons and chafing dishes, designed to subconsciously tell you to take more more more) or kept in stock on your table.

Next up, did you know that there are entire lines of flatware and utensils called “buffet line?” They are smaller and seek to psychologically encourage portion control. No, your hands didn't grow since you arrived at the buffet, the plates and spoons just got smaller.

AYCEs also can limit their staff and thus overhead. In buffets especially, but also in any AYCE situation, the menu is far more limited than can be expected in a typical restaurant. So establishments can already save on a line cook and a chef since the items are regular, not cooked to order, and easily replicable.

Tables turn much faster without customers waiting for their on-demand food to be cooked, plated, and served, and servers’ responsibilities are greatly limited, meaning they can save on waitstaff too.

Heck, in some AYCEs like Korean BBQ, the customers even cook the food for themselves. 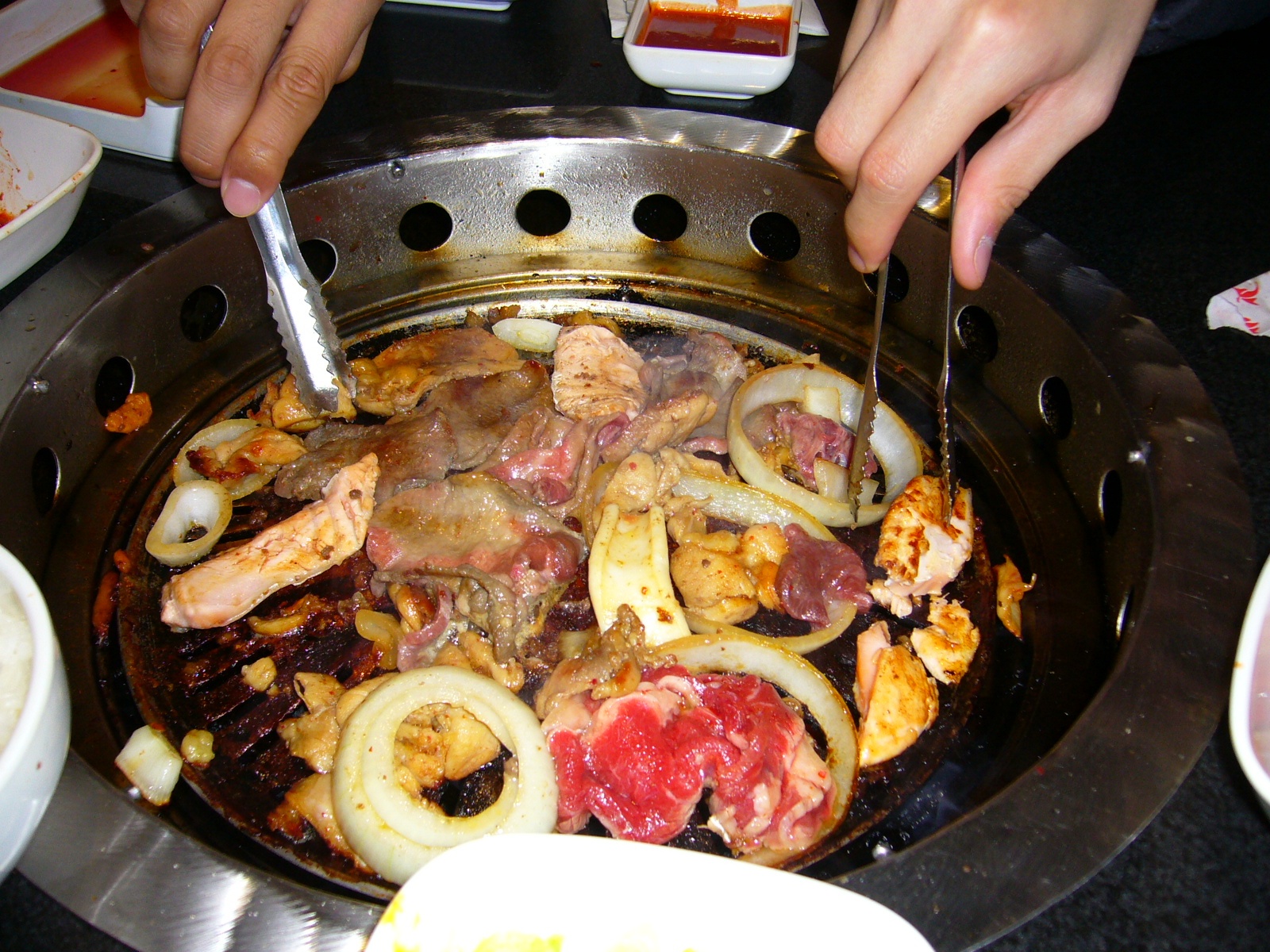 And, when all else fails and profit is the name of the game, certain voracious diners have to be shown the door, as has happened more than a few times in the recent past. Without speculating on how much you would have to eat to get 86’d out of an AYCE, we will just point out that, while it may seem like a free-for-all, AYCEs have rules and tricks to ensure they make money.

Limiting portions and consumption is one thing, but there is an even more dangerous outcome AYCEs must guard against: food waste. The big boys of buffet like Hometown and Golden Corral use dynamic computer models to determine how much food is likely to be eaten each day (and each hour) to reduce waste by prescribing how much to prepare at any particular time.

Even more than an overeater, waste is the single greatest enemy of AYCE restaurants—throwing out food represents a total loss.

Restaurants also limit waste by controlling dish size. If their market research shows they stand to waste roughly 25% of every dish they serve, then it just makes good sense to serve smaller portions.

Market Research to Play the Averages

There is a reason that, with very few exceptions, AYCE establishments will always be billed as family-friendly. No, this isn’t some corporate subsidy for working-class families, it is the result of market research.

They know that, sure, each family might have one hungry, hungry Homosapien in their ranks who eats 3 times a normal load. But families also come with small-stomached children, tender-stomached grandmothers with acid reflux, and Uncle Tony who just started his annual diet to fit into that skimpy Halloween costume.

This is called playing the averages. You can withstand a couple of whales when you have minnows in their wake.

Of course, for every market-research inspired intervention, customers are quick to pull a counterstroke, and the AYCE battle rages on. Indeed, there are entire online guides to ensuring customers can maximize their AYCE spend (yes, the most popular tip is to go all Atkins, entirely foregoing carbs and gunning for the proteins).

To get around protein-prioritizing patrons, some restaurants aggressively limit waste by charging for leftovers—it’s all you can eat, but if you can’t eat it all, you pay for what’s left on your plate.

There are ways around this system as well. On a recent couples’ dinner, your humble blogger was schooled on some tricks of the trade at a local AYCE sushi joint. Look, I’m not gonna put the stink on my man or his boys, but I heard tales of diners stuffing their mouth with unwanted rice and veggie rolls and, um, discretely disposing of them in the bathroom. I also saw one unnamed diner hide unwanted rice in a bowl under discarded edamame shells.

Short of round-the-clock bathroom surveillance, there probably aren’t all that many market research rebuttals for such chicanery.