Northgate Market Keeps Going Up: What Grocery Industry Market Research, Shop-alongs, and Customer Intercepts Can Do to Keep it that Way

Northgate Market, a chain of Mexican-oriented grocery stores and a bonnafide southern California institution, is living the dream. From its bootstrap immigrant origin story to its current stranglehold on the Latinx grocery market, its national recognition as essential to low-income communities to its seduction of hipster/millennial shoppers, Northgate Market’s history and trajectory tell us a lot about the evolving nature of ethnic grocery stores.

How can such grocers serve their base while simultaneously enticing members outside their targeted ethnic community? How can they best capitalize on the exponentially increasing purchasing power of immigrants and their children? And how can they stay on the right side of local politicians, community activists, and state administrators? You’ve got questions, Northgate has answers.

So figure out which color tortilla chips you like best and get ready to make impossible choices at the salsa bar, we’re putting in the grocery industry market research to understand the historic rise and current trajectory of ethnic grocery stores in general and Northgate Market in particular.

The Northern Gateway to Success

They have over 5,000 people on the payroll, and have expanded steadily overtime, though they claim to never open a new market until the last one they opened becomes profitable.

And how! Between 2016 and 2017, they did $1 billion in sales, making them the largest Latin market chain in the US in terms of store count and sales. 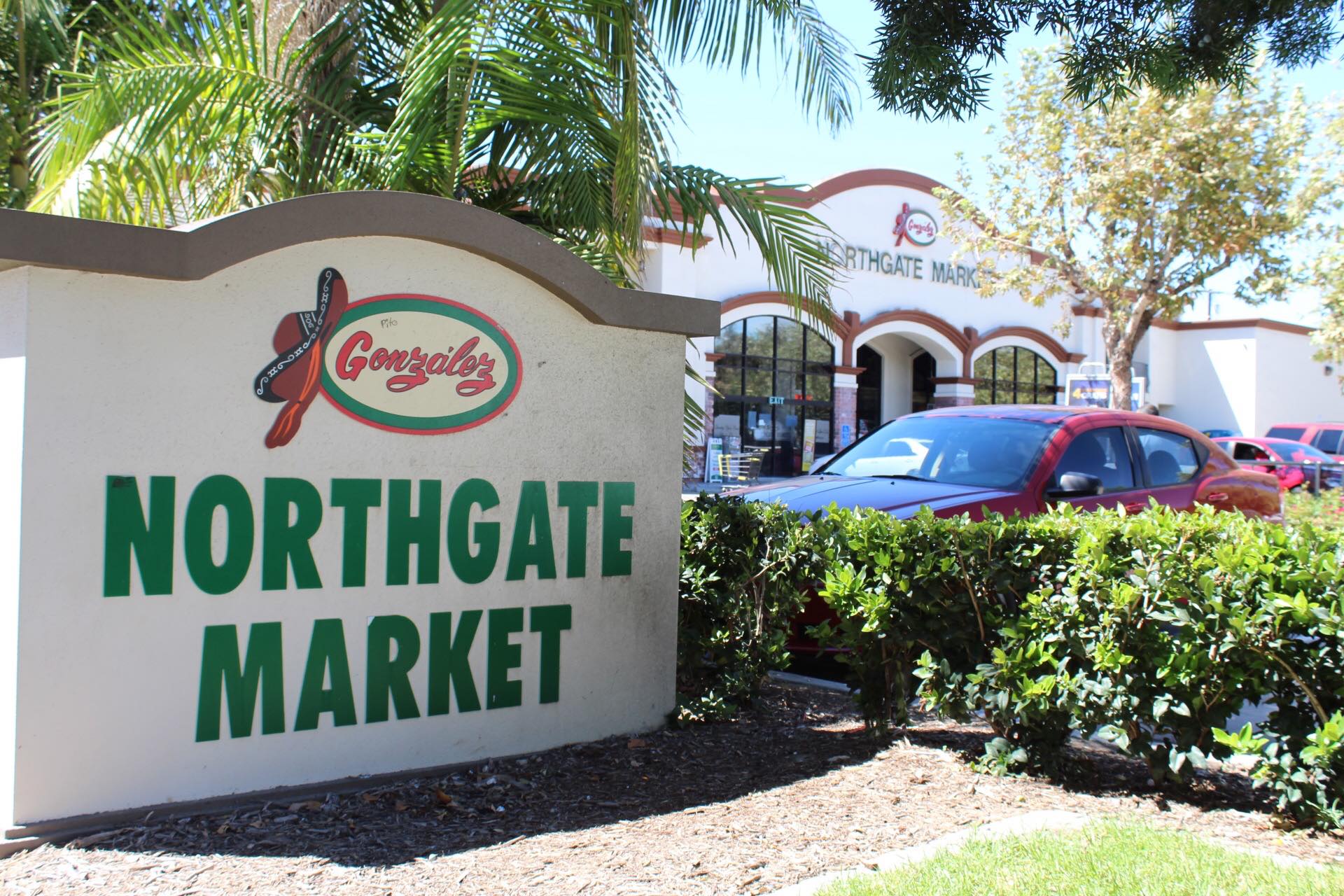 Having immigrated from Mexico in the 1968, the family purchased a 2,500 sq/ft Anaheim-area liquor store in 1980, which they quickly converted to a grocery store after a late-night armed robbery convinced them their future was not in 24-hour liquor sales. They replaced the booze with veggies, beans, and a meat department, becoming a small local grocery store that quickly expanded into a chain operation.

That liquor store came with the Northgate name, which the family didn’t change because, at the time, they could not afford to redo the signage. But since then, there has been ample opportunity to rename and rebrand, but they have opted not to.

Indeed, the name, according to multiple interviews and puff pieces, has come to be symbolic to the family of their figurative and literal origins, both a marker of the chain’s early history as well as the family’s northern migration from Mexico to the United States.

Northgate’s timing is impeccable, and they have ridden the wave of rising Latino purchasing power to become the largest ethnic grocery store in the country. In 2015, Latinos consumers accounted for $1.2 trillion in spending; by 2020, that will be up to $1.7 trillion.

That’s a half-trillion dollar increase in just five years. That’s a $100 billion increase every year. That’s insane. But it’s true. And people are getting rich off of it.

Indeed Latino spending and changing demographics—throughout the nation, sure, but particularly in southern California—has been increasing for quite some time, and beyond the rise of ethnic grocery stores, can also be credited for the rise of Hispanic malls in distressed retail spaces.

While Northgate teaches us lessons about the bootstrap ethos in practice, about the increase in hipster traffic to formerly ethnic space, and about truly delicious chicharrones, its greatest lesson perhaps is about the meteoric, impossible-to-overstate rise of the Latino consumer and the attendant market shifts it is causing.

Better to Be Loved

Locally and even nationally, the markets enjoy almost universal acclaim, not only for their quality of goods, but for what their successes say about the rise of Latino purchasing power, about self-made immigrant fortunes, and the expansion of ethnic grocery stores beyond their ethnic and community boundaries.

It seems hard to get through a single week in southern California without somebody singing the store’s praises, and when the store’s founding matriarch, Teresa Reynoso de Gonzalez recently passed away, she was eulogized throughout the region.

Heck, Michelle Obama, former FLOTUS and reigning queen, visited the Inglewood location during the 2012 campaign, praising the chain for bringing healthful foods to low-income communities that often go underserved in everything except for empty carbs and trans fats. 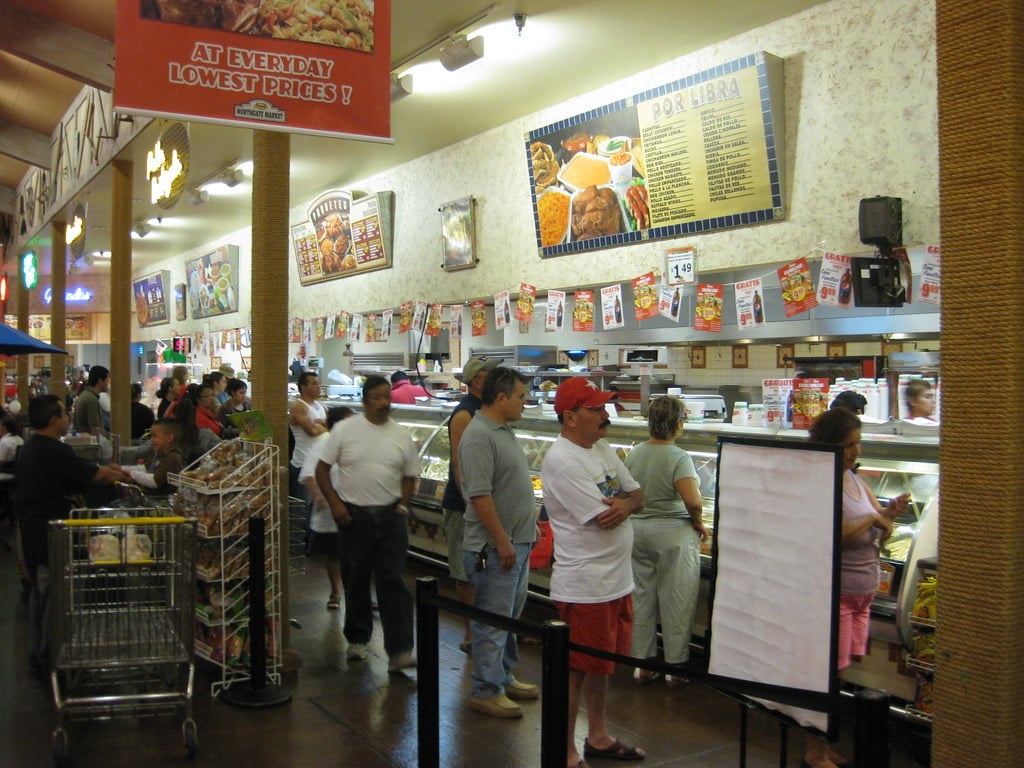 Because of their role in bringing fresh and more nutritious foods into impoverished areas, they have received over $7 million in financing and investment from California FreshWorks Fund, which looks to bring better food retailers to such communities.

They further generate good will through their education program through which they provide scholarships for their employees and their families.

And, if all that weren’t enough, people also like them because, well, they are good at what they do. Their hot sauce aisle is like my and Beyoncé’s dream come true, their produce is fresh, and their foods are authentic. For immigrants and their descendants looking for a taste of the motherland, and for non-Hispanic shoppers looking for some top tier ethnic fare, the store is a beacon in a sea of grocery sameness.

But It Can’t Always Be Love

This doesn’t mean to say the market has gone entirely without controversies—according to some community activists, the stores have been active participants in and beneficiaries of gentrification efforts in historically immigrant-dominated communities. Meanwhile, on the other side of the fence some local politicians have expressed concern over new Northgate Markets opening in upscale areas where they are afraid the stores may attract, you know, the wrong kind of people.

Obviously such thinly-veiled race baiting hardly merits comment, we are simply pointing out that, like any successful enterprise, Northgate has faced oppositions from both sides of the political spectrum and nonetheless continues to endure and expand.

From Community Staple to Mexican-food Disneyland?

When entering one of Northgate Market’s newer (shall we say more hipster-oriented?) stores, it is rather easy to immediately compare it to Whole Foods. It is shiny, it is spotless, its produce section looks like a vibrant rainbow of freshness and plenitude.

And then there is the prepared foods sections, the true crown jewels of Northgate 2.0, which include, but are in no way limited to: a tortilleria serving every imaginable tortilla possible including hatch chile and nopal (cactus); a meat department that rakes in a small fortune everyday with their pre-marinated meats, particularly carne asada; a champurrado bar, empanada station, and ceviche center; a deli serving fresh chicharrones (which are at least partially responsible for your humble blogger’s recent, very slight weight gain; and a taqueria serving hot to-go options throughout the day. 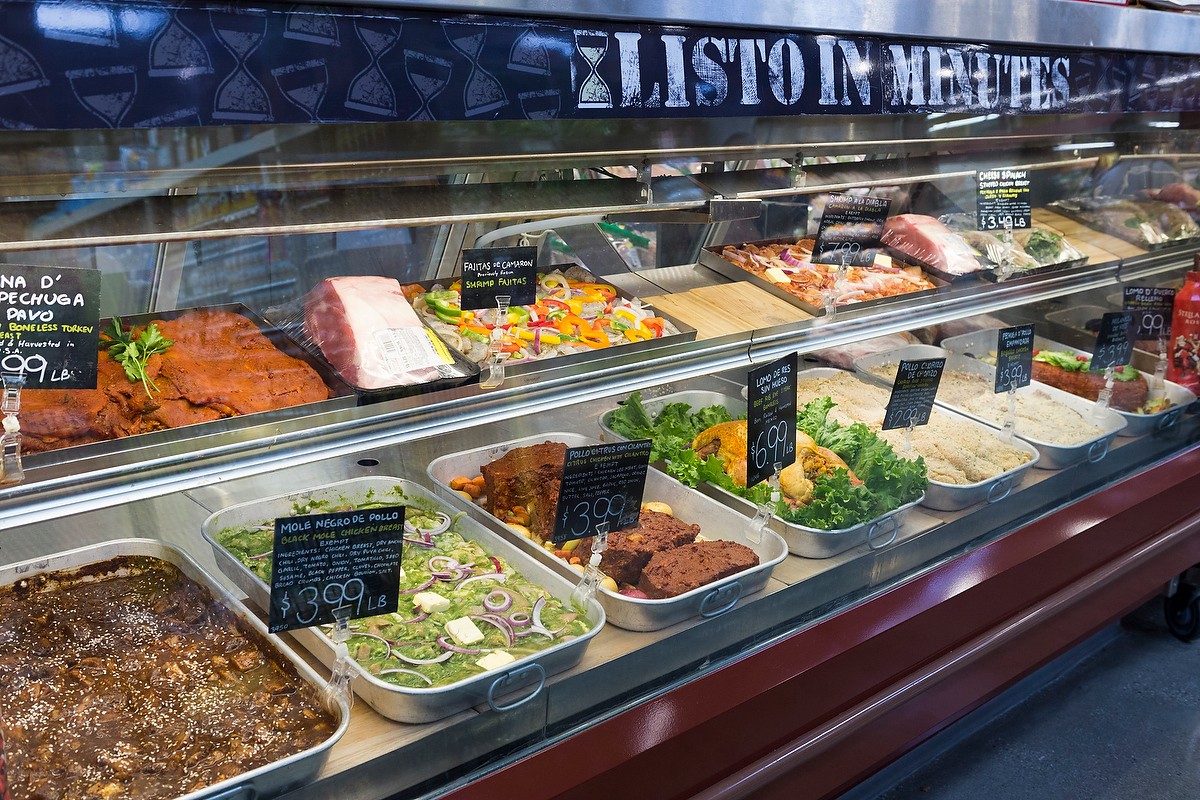 With all these options, it’s easy to understand how one local writer argues that, rather than Whole Foods, “Northgate is actually more of a Mexican-food Disneyland. The store’s departments are so fun to explore they may as well be Adventureland or frontier land.”

Remarkably, prices at these newer, more, ahem, elevated stores are the same at every Northgate Market.

Northgate finds itself in an enviable but nonetheless complicated position. How can they best serve their existing customer base while also branching into previously untapped demographics (i.e. hipster foodies)?

There is, of course, a way to thread that needle and it requires grocery industry market research, especially shop-alongs and customer intercepts. Shop-alongs will tell grocers how their ideal customer navigate the store, what their pain points are, and how to ameliorate them. Customer intercepts, on the other hand, will provide a perfect complement to shop-alongs, giving grocers top-level data on their current shoppers, their perceptions, and their priorities.

Such a market research program would help Northgate maintain its loyal customer base while also appealing to curious first-time visitors and seducing the hipsters. One thing we promise the market research would reveal: more chicharrones.