Marketing is like playing the kazoo—sure it seems, and oftentimes is, easy, but you’re still gonna occasionally hit the wrong note. It happens to everybody (some more publicly than others) but the more advertising and marketing market research put in, the better they safeguard themselves, but it can’t entirely be prevented. We should know. We’ve had the occasional misfire ourselves.

When that happens—when your campaigns cause offense, upset, indignation, or misinterpretation—it is important that you don’t take it personally, and then you apologize and move on.

Starbucks’ “Race Together” Campaign Trips on the First Lap 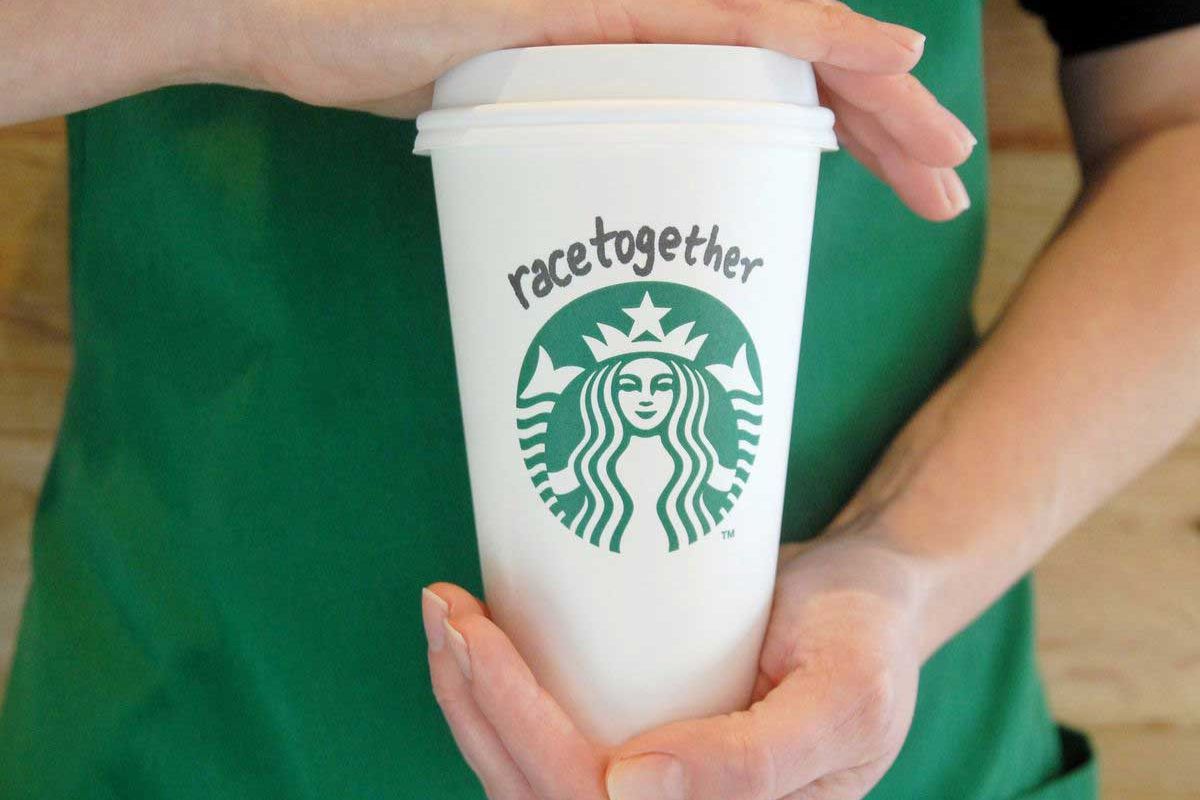 Let’s start with a campaign that started with the best of intentions, Starbucks’ #RaceTogether campaign, wherein they tried to solve racism one cup of coffee at a time.

Baristas were instructed to write #RaceTogether on customers’ drinks, and then precipitate and engage in a meaningful conversation about race. Sample conversation starters included questions about how many friends, coworkers, and neighbors of a different race the customer had. Yeah, they literally invited customers to count their minority friends.

Recently departed (though forever in our hearts) PBS newscaster (and undisputed American treasure) Gwen Ifil, who was famously reserved off-camera, tweeted the following: “Honest to God, if you start to engage me in a race conversation before I’ve had my morning coffee, it will not end well.” Yeah, when Gwen Ifil is piling on, it’s time to pull the plug.

Another telling tweet from author Ijeoma Oluo, "Being a barista is hard enough. Having to talk #RaceTogether with a woman in Lululemon pants while pouring pumpkin spice is just cruel."

It also did not look good when observers noticed that, for all its rhetoric, only 3 of Starbucks’ 19 senior leadership positions were occupied by people of color. And, when a couple years later, Starbucks came under fire for having two black customers arrested for, well, nobody quite knows why it happened, the #RaceTogether campaign seemed all the more disingenuous.

Needless to say, #RaceTogether did not cure racism and was canceled before the final lap, an unmitigated and utter failure. Conservatives were annoyed at the mere suggestion that race was a societal issue, liberals perturbed by the campaign’s inauthenticity and commodification. 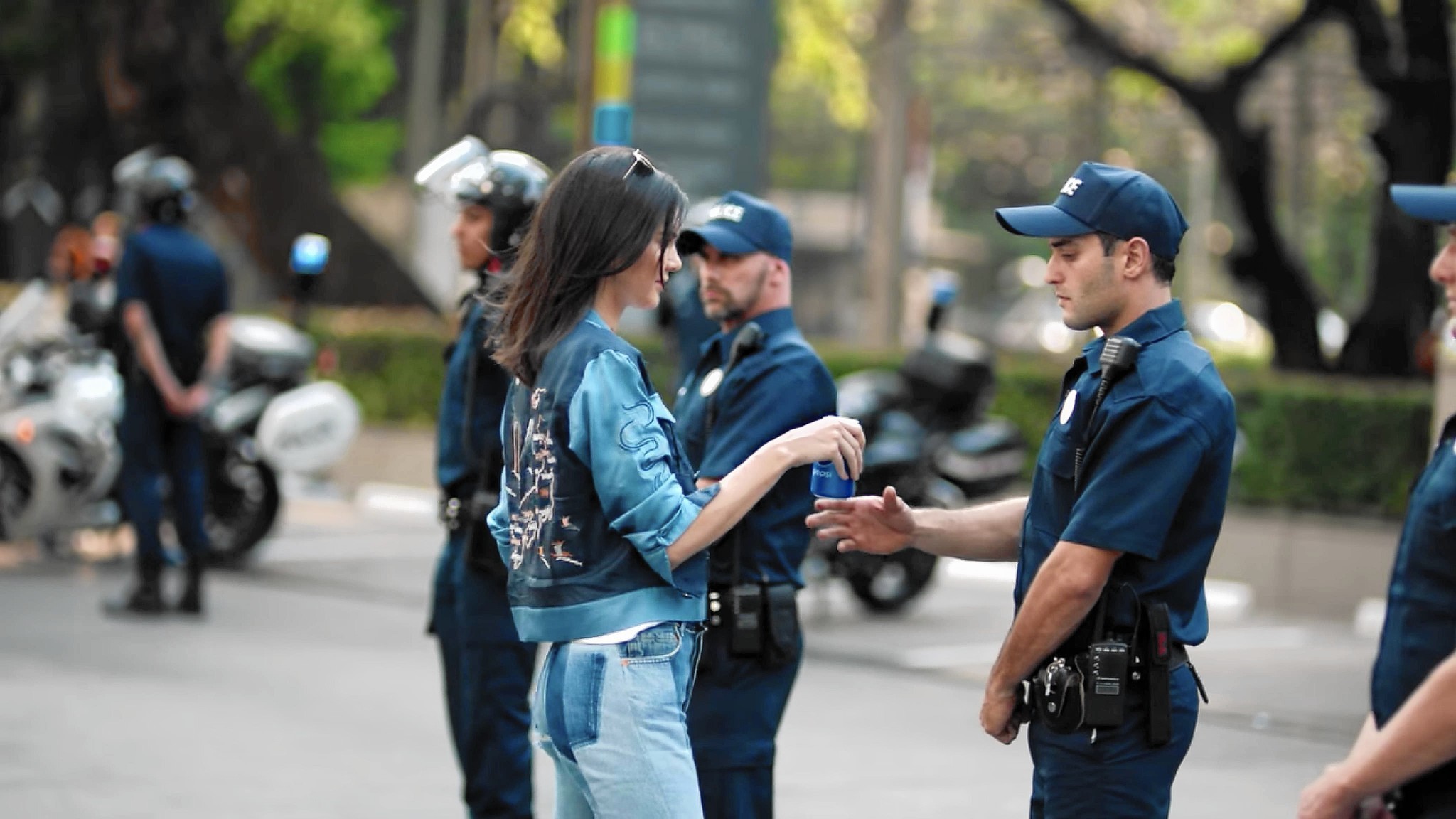 Recalling that this list is offered in no particular order (we are not ranking the misfires, just listing them), for our money, this Pepsi campaign is the most egregious.

Back in 2015, as streets across the country erupted in protest against police violence and racial injustice, Pepsi thought it would get in on the action—or at least we think that’s what they were thinking, it’s hard to say if they were at all.

The short-lived commercial never even made it to television, failing to survive its soft release on YouTube. But because the internet never forgets, you can watch the spot here.

In the ad, Kendall Jenner finishes a fashion shoot and is swept up by the energy of a horde of attractive, smiling millennials marching in the streets in something resembling a Disney Channel interpretation of a protest. They wave non-confrontational signs, they sing, they dance, they high-five…though it seems they never really protest anything. When they arrive at a police barricade, Jenner approaches one officer and hands him a Pepsi—the officer smiles, the crowd cheers, and Pepsi’s logo appears.

People quickly chaffed at the inauthenticity and sugar-sweet nature of the ad, which seems to be channeling #BlackLivesMatter protests (and this image in particular). These included Bernice King, daughter of Martin Luther King Jr., who tweeted an image of her father being restrained by police with the caption, “If only Daddy would have known about the power of #Pepsi.”

Realizing their mistake, they pulled the ad and apologized, saying, “Pepsi was trying to project a global message of unity, peace and understanding. Clearly, we missed the mark and apologize. We did not intend to make light of any serious issue.”

We’re not sure who their marketing and advertising research partner was, but they failed Pepsi by not adequately testing the campaign or misinterpreting its results.

DiGiorno Doesn’t Stay Out of #WhyIStayed 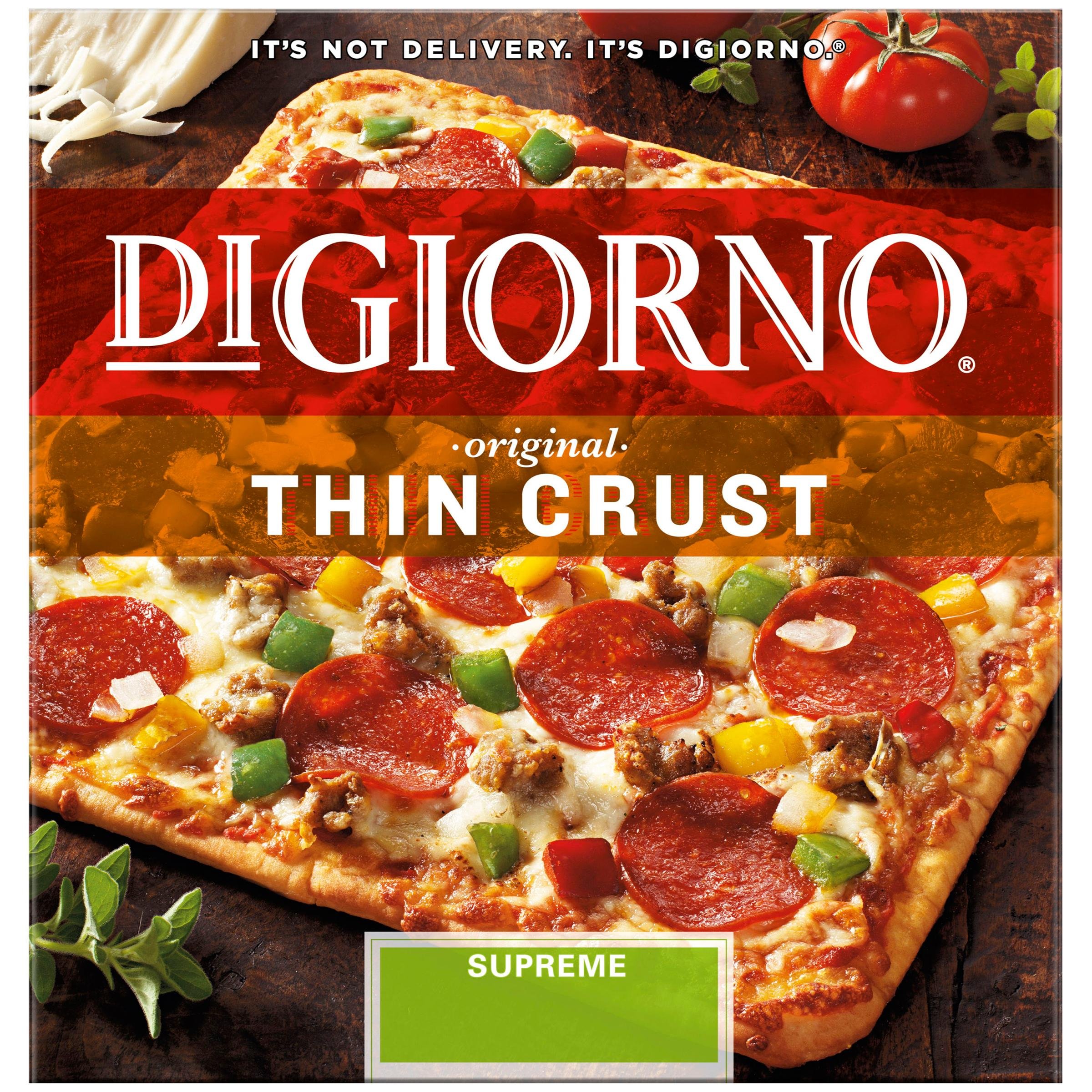 Ok, so this is more of an in-the-moment social media misfire than a campaign gone wrong.

After video emerged of washed up NFL running back Ray Rice brutally attacking his wife in a hotel elevator in 2014, domestic violence survivors began congregating on social media, sharing their experiences with the hashtag #WhyIStayed. Describing the shame, the fear, and the outright violence that kept them in abusive relationships, the hashtag became a rallying point for frank conversations about power, violence, and society…and pizza.

Yup, DiGiorno, usually a champion of social media, didn’t take the time to investigate the hashtag’s context and the community that had formed around it before offering their tone-deaf contribution: "#WhyIStayed You had pizza."

Obviously, people were repulsed by the tweet, condemning the brand for making light of and appropriating what should have been a dignified and serious conversation. But after this DiGiorno meltdown, the company quickly provided a masterclass in how to handle a marketing misfire.

The tweet was deleted within minutes of posting, and the culpable social media manager immediately went on a mea culpa Twitter tour. First, the company account posted a broad apology and explanation, calling the tweet “a horrible and careless mistake.” But the apology tour did not stop there.

For hours upon hours, DiGiorno’s official Twitter account offered personal, individualized apologies to each and every person who took them to task. That’s a lot of apologies, and it’s no coincidence that, among the list of failures listed here, this one receded the quickest. That’s the power of a quick, coordinated apology.

Bud Light Tries to Take No Out of Your Vocabulary, Resoundingly Told NO 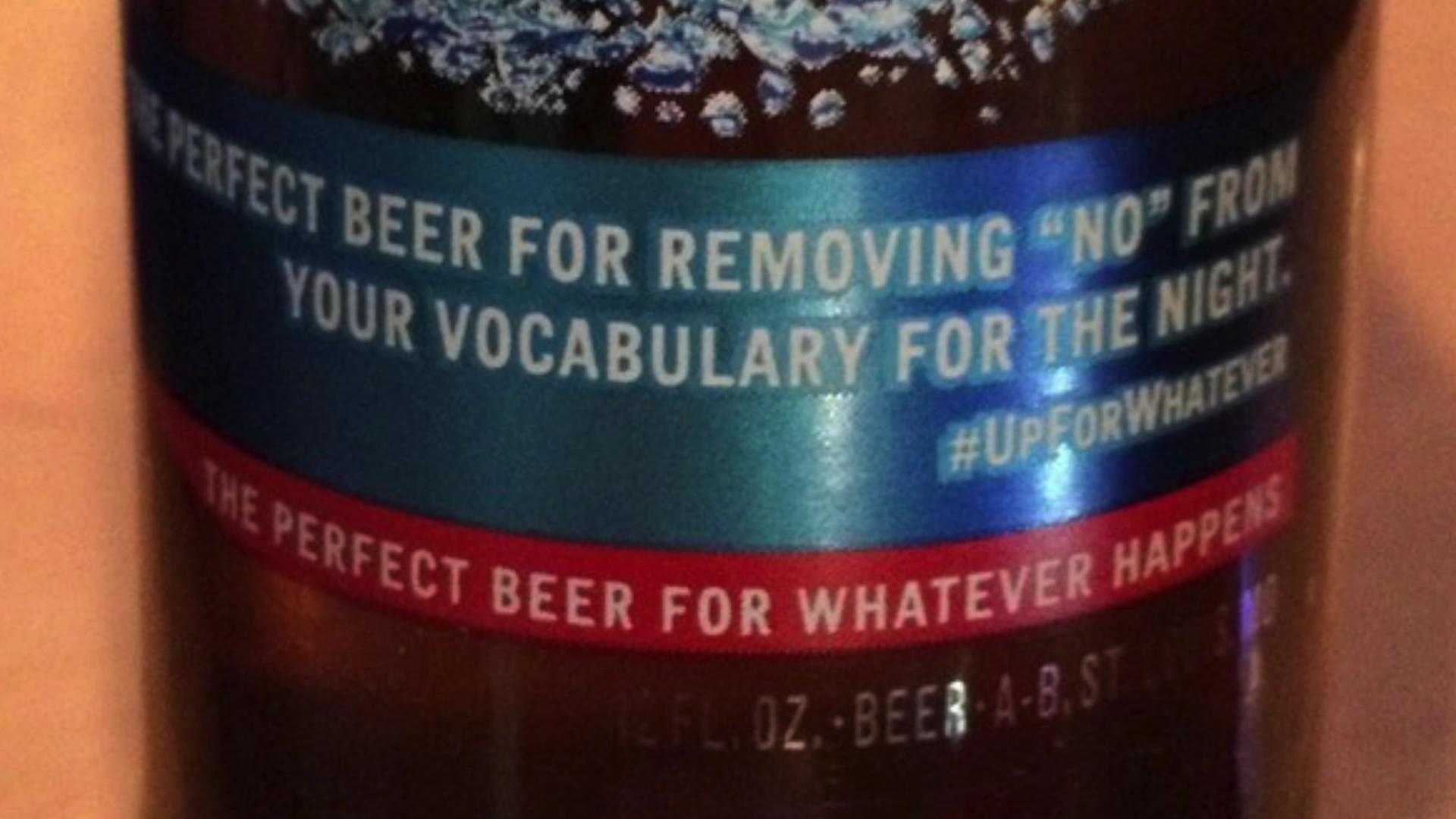 Oh Bud Light, we just wrote about this, but we have to revisit it again. For those who didn’t read last week’s blog, here’ a one sentence rundown: in 2015, Bud Light revealed a new tagline, “The perfect beer for removing ‘no’ from your vocabulary for the night.” Ouch.

We understand, of course, what they were going for here. It’s a beer that will make you be bold, that will make you conquer your fears, and have fun. They’re saying they are the brand of people who wanna say “YES, let’s go to Vegas on a whim” or “Let’s sing that karaoke song we’ve always wanted to perform but never had the courage.” Your humble blogger will admit that a few beers recently helped him conquer (some would say be conquered by) this SZA song.

So, that’s one side of it. But alcohol is also known as a key-ingredient in many nonconsensual sexual encounters, and also known to lower people’s inhibitions enough that they engage in acts they quickly regret.

As we wrote previously, “It was a tone-deaf tag in a cultural moment interrogating non-consensual flirtations and aggressions. In the #MeToo era, nobody wants to be marketing themselves as roofies in a can, but that is just what Bud Light did only three years ago.”

For a deeper dive into the marketing carnage, check out Newsweek’s exhaustive piece here.

Nowadays marketers must tread carefully—the male-driven attitudes and perspectives that guided campaigns of yesteryear must be reconsidered and balanced. We’re not essentialists saying that every woman would have noticed this was a terrible idea. But we’re betting a lot of them would.

They have, of course, turned the marketing ship around. Dilly, dilly!

Adidas Congratulates Survivors, Gets Killed for It 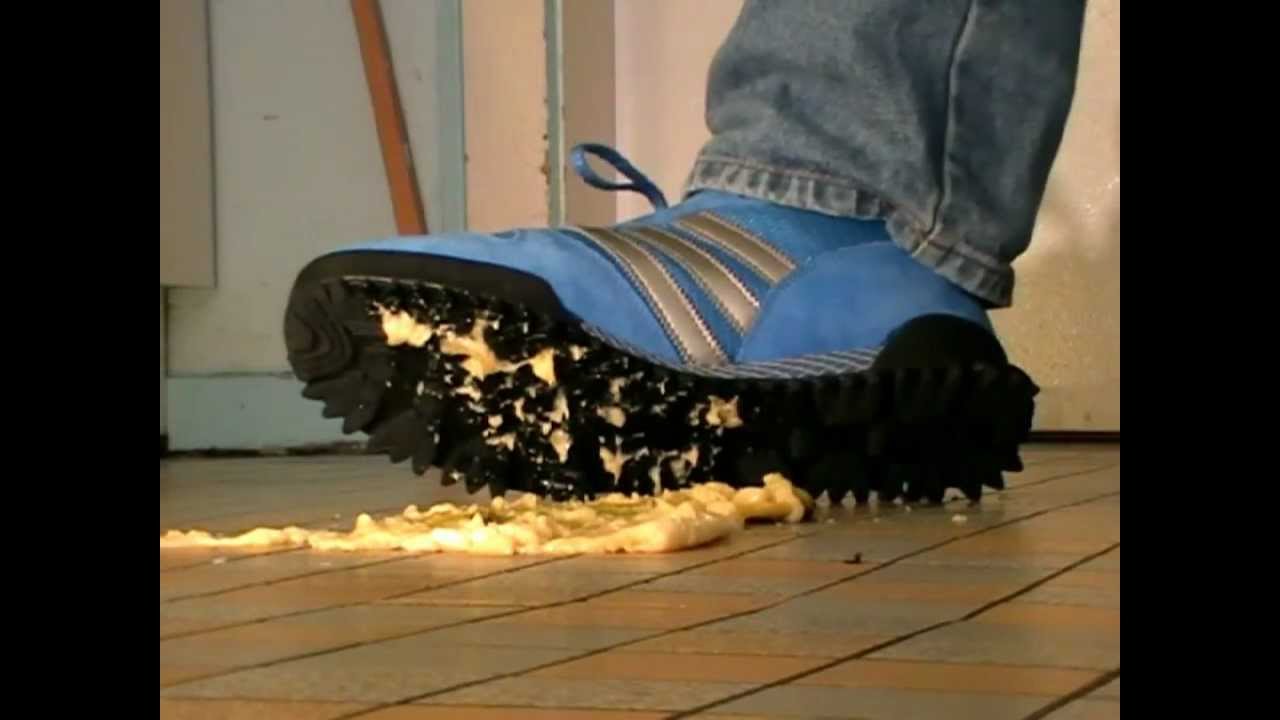 Email marketing is tricky. Trust us, we know—probably some of you reading this have received an errant email from us in the past (still sooooo sorry about that, btw).

So we are gonna go easy on Adidas for its unwise email last year. You see, Adidas had sponsored the 2017 Boston Marathon, and as part of its sponsorship, it received the email addresses of the participants.

Now if you were crafting a marketing email to the competitors in the Boston Marathon, which only four years was rocked by a bombing that killed two and injured 260, what would you want the subject line to say? Probably not, “Congrats, you survived the Boston Marathon.” But that’s exactly the subject Adidas went with.

Even worse, at least two 2017 participants were actual survivors of the 2013 bombing, so, yeah, not a great subject line.

Some marketing misfires seem willfully ignorant (looking at you, Pepsi), others seem like an honest mistake. This one falls into column B and was ameliorated when Adidas’s CEO went on an apology tour, saying, “We deeply apologize for our mistake. The Boston Marathon is one of the most inspirational sporting events in the world. Every year we’re reminded of the hope and resiliency of the running community at this event.”

Missing the marketing mark is a simple fact of campaign life—like we said, it’s happened to us once or twice too. But marketing and advertising agencies can increase their chance of hitting the target by putting in their market research. Imagine if Starbucks had just taken the time to run some Voice Of the Customer methodologies to see how America felt about #RaceTogether.

The other important lesson, tautological as it sounds, is to learn your lesson. Once you know you have misfired, backfired, or otherwise abused the pooch, you gotta own it. Say you’re sorry, learn your lesson, and move on. Don’t double down and try to defend yourself by explaining your best intentions and perceptions—once the campaign goes live, your perspective is irrelevant.

Don’t go all Beyoncé on this and say Sorry, I Ain’t Sorry. Just be sorry and move on.