Nowadays, it’s not enough for food to feed us. Today’s consumer wants functional foods and beverages, ones that not only satisfy cravings and fill the tummy, but also bring along health benefits like a boosted immune system, shinier hair, better digestion, and of course weight loss.

In our hack-happy culture, we want food to be the engine, pulling an entire train of untold but boldly declared boosts for our bodies (yes, there is a joke here about the digestive system as the caboose).

But how can retailers capitalize on this functional food trend, and what pitfalls must they avoid? By examining two recent functional food and beverage booms—kombucha and turmeric—we can see these product’s typical trajectory, as well as the economic and corporal promises and limitations this market carries.

So, get out your SCOBY and grind your turmeric, it’s time to brew up some retail market research to explore the origins and successes of the functional food and beverage market before unpacking some of its loftier claims and arguing that these claims will ultimately make cynics of us all. 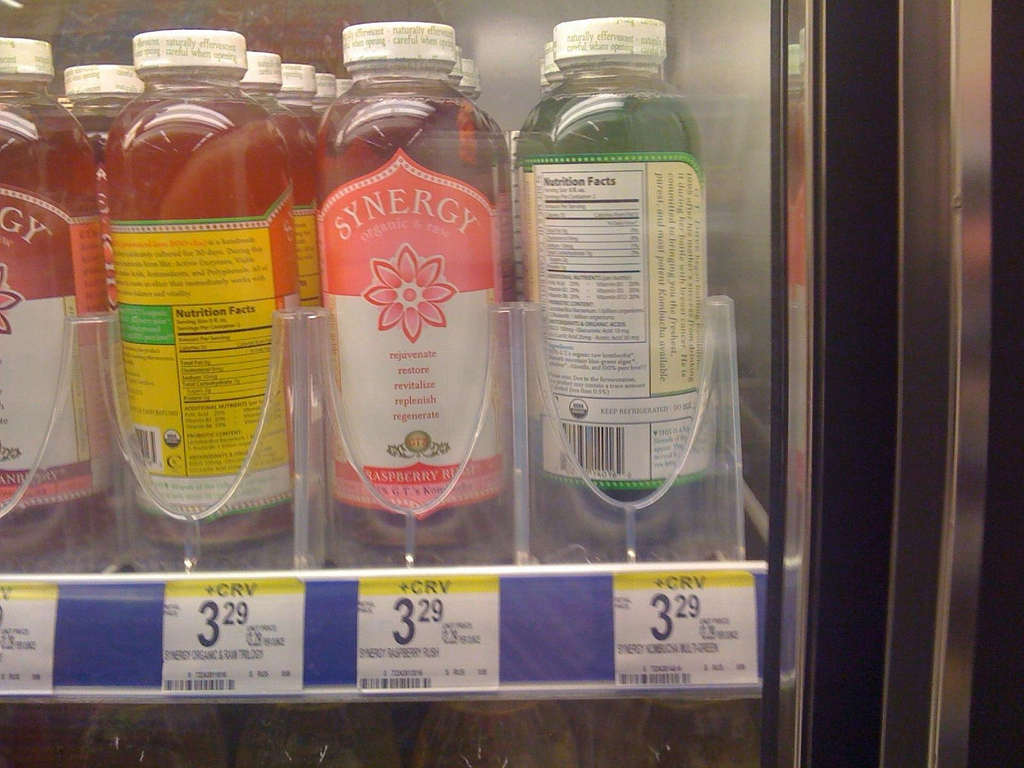 According to Bloomberg, in 2018, US Kombucha sales alone were up 43%, breaking $1 billion for the first time. And turmeric products similarly are booming, with a projected 5.5% CAGR over the next 8 years.

Why the sudden-yet-steady rise? Well, a lot of it has to do with our increasingly-fragmented understanding of what health is. After being proven wrong again and again, consumers are rightly suspicious of contemporary nutritionists and food scientists who not too long ago were telling them to shun eggs and butter while piling on the margarine.

As one author pointed out, as old health rules are overturned, new ideas emerge, old ingredients are reborn and (most importantly for this here business blog) retail channels shift.

The bankruptcy of the low-to-no fat era continues to haunt us, and in the vacancy these voices left behind, consumers are kinda just filling in the blanks for themselves. People are now their own experts, turning to internet research, social media pop-professionals, and a little bit of good old-fashioned magical thinking when it comes to their diet, health, and wellness.

And that’s how you get Kombucha.

King Kombucha and the Probiotic Prince

If you don’t know what kombucha is, check out our blog from a few years ago here. For a deep dive into its history, head here.

But all you really need to know now is that Kombucha has climbed well above its hippie coastal roots to penetrate much of the American beverage market, continuing to increase sales in a time when legacy beverages are lagging.

Seriously, when my oh-so-remote aunt who lives quite literally in middle-of-nowhere-Texas starts mixing ginger kombucha with her vodka, you know the product has truly caught on. And the biggest reason for its rise is the veneer of healthiness—the idea that, while delicious, it is also somehow good for us. Consumers aren’t quite sure why—something to do with stomachs, right?—or how—something to do with itty bitty critters, right?—but they sure do believe in it.

Indeed, 65% of Americans believe in the benefits of probiotics and a whopping 66% of millennials have purchased probiotic-branded foods and beverages over the last year. Consumers are told these products have numerous (and enumerated) benefits, and, in a sense, this is true. But…it also isn’t.

Look,  we are not medical professionals, so we will turn this over to Dr. Sheldon Rowan, a scientist at the Jean Mayer USDA Human Nutrition Research Center on Aging at Tufts University (try printing that on a business card.) On probiotics, Rowan notes, “Some studies do indicate positive effects of probiotics, [those] are usually administered in very controlled fashions. Plenty of studies fail to show any measurable benefits.”

The Science of the Mainstream

Nonetheless, looking for any beverage trend that will carry them through sugar soda’s twilight, companies like Coke and Pepsi have already bought in big time to the probiotic craze, by buying up kombucha brands like KeVita and also spiking familiar products with probiotics.

But not all microbes are created equally.

During its initial release, the company rode the functional train, promising customers a “delicious, accessible, nutritious and convenient way for consumers to get more probiotics in their daily routine,” bringing the “rapidly evolving health and wellness space” to the “mainstream juice aisle.”

But many a kombucha loyalist don’t want to see it in any mainstream aisles, juice or otherwise. That’s because, for its strictest supporters, there is a vast difference between probiotics produced naturally through fermentation and their industrially-produced cousins, which are squirted into sugary concoctions after pasteurization. The sugar content is out of this world, the microbes (which in naturally-produced kombucha develop by consuming sugar, not swimming in it) an afterthought.

According to one old-school kombucha producer, “They are throwing [probiotics]  in everything and slapping it on the label and creating a good-for-you halo.” Indeed, juice was never particularly good for us—seriously people, just eat your fruit and veggies!—and throwing some probiotics in it doesn’t make it suddenly healthy. Though they already own they nation’s #2 kombucha brand (KeVita), at this rate, they might as well ditch the healthy veneer entirely and just give us straight up probiotic Pepsi.

Another kombucha traditionalist noted, “You’re talking about brands that have dialed-in efficiencies, but efficiencies and wild fermentation don’t go hand in hand.”

So probiotics may or may not do things for us, and already companies are leveraging that possibility to sell things that weren’t all that great for us to begin with. 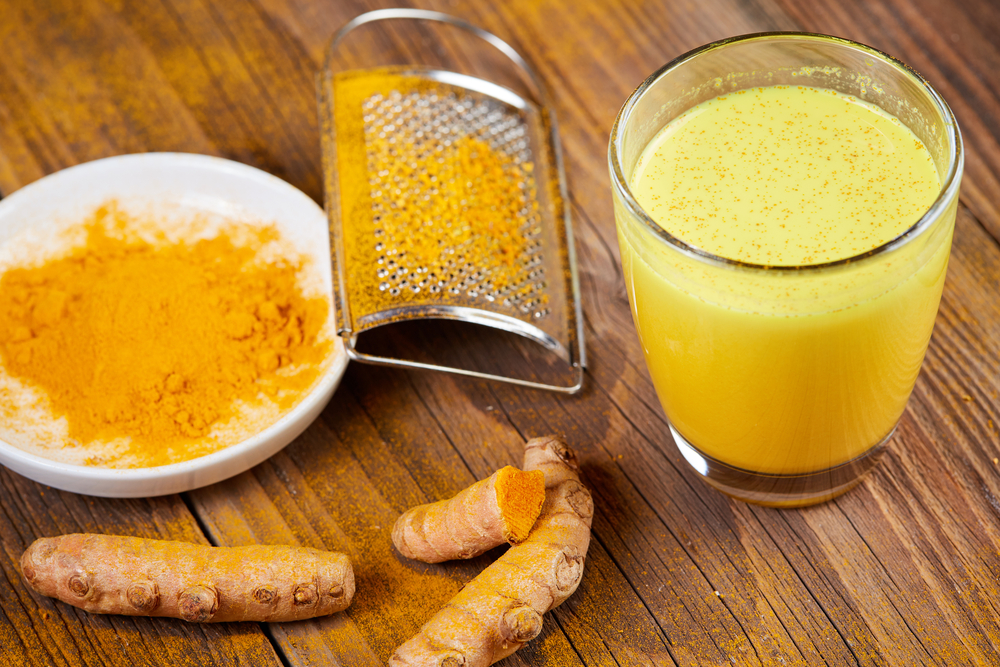 Turmeric’s rise is illustrative of current functional food and beverage market trends, wherein a product’s health benefits are touted with little critical follow-up. We believe a backlash is likely—more to come on that later.

In a particularly candid opinion piece, one Independent author noted that turmeric “ticks every box for a nonsense health fad except for the ‘orifice test’ and honestly I wouldn’t be surprised if someone’s using turmeric enemas somewhere.” Yikes.

Ok, there are two things I know for sure about turmeric: 1) it is delicious, and 2) it will stain wooden kitchen utensils beyond redemption—I’m still morning you, dear Pampered Chef slotted spoon.

But to read about turmeric online, you would think it held the key to unlock everything from arthritis and Alzheimer’s to social anxiety disorder and intimacy issues.

So, here’s what we know. Turmeric contains a substance called curcumin. Curcumin does indeed boast many a verifiable health benefit, particularly as an anti-inflammatory, so, yes, it should follow that turmeric does a body good.

But here’s the thing: curcumin is great as an antioxidant, anti-inflammatory, and anti-Alzheimer’s agent. Great. Unfortunately, only about 3% of turmeric is made up of curcumin. And our body only absorbs roughly 25% of the curcumin we ingest. We are not math people, but even we understand that one would need to consume literally thousands of curries to enjoy these benefits (which, hey, sign us up!).

Who knew at the time that Jamie Lee Curtis was onto something with those Activia commercials (straight up, JLC: we made a lot of jokes at your expense over the last decade about you and your bifidus regularis, but you saw the future, didn’t you?)?

No, we’re not saying that regularity-promoting yogurt has taken over the world, but rather that functional products have become commonplace.

Of course, today’s niche fad is tomorrow’s mainstream, so looking around at the breakroom at those of our colleagues who are always a bit ahead of the functional food curve, we get an idea of what’s to come.

Get ready for high-fat ketogenic products supporting keto diets, as well as foods and beverages boosted with adaptogen, which are purported to lower stress level. There’s also A2 milk, cow milk that does not contain the A1 protein, which many now believe is the part of dairy that disturbs people’s guts.

And if we venture outside the breakroom for a minute and take in the broader San Diego social scene, we can easily imagine a plethora of cannabis-infused foods and beverages, with benefits ranging from the therapeutic to background giggles all the way to stone-cold stoned.

We only hope that’s as far as it goes. Because Malcolm X tea is foul. 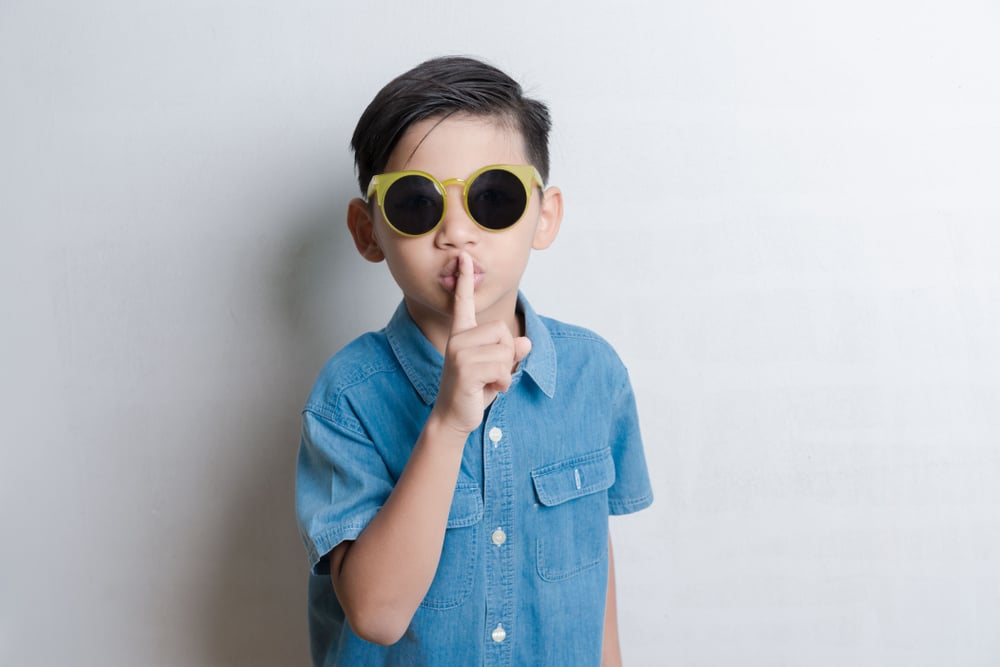 To paraphrase what we said last fall, functional food and beverage’s  lofty claims to health and well-being have not gone unchallenged. Indeed, as Eater helpfully pointed out: “a meal isn’t medicine.” If you are begin to see the early signs of Alzheimer’s in yourself, please seek medical help, don’t rely on a turmeric smoothie.

All food comes with marketing and advertising, and while marketing isn’t dishonest, it is necessarily manipulative.  And rightfully so (we wouldn’t have it any other way!). But the marketing around products like kombucha and turmeric is cloaked in a doctor's lab coat, using words many consumers don't entirely understand but believe to be legitimate.

These days, we are told that products are anti-aging, anti-obesity, anti-anxiety, anti-anti-anti… at this rate it seems like we may soon be sold a beverage line that promises to regenerate lost limbs, mend broken hearts, and teach you Mandarin via osmosis.

And that’s why we believe this bubble will eventually pop. Today’s hopeful millennial youth is tomorrow’s cynical elder, raised in an era where products could literally do anything, retiring in one where people are suspicious of functional food’s bold claims.

So, our advice to retailers: yes, play up a product’s potential benefits, for sure. But careful how much you draw from the consumer trust well because, eventually, that bad boy’s gonna run dry.

Millennials are already largely advertising immune. How long until they are entirely anti-advertising, and is there a food and beverage that can cure that?