IHOP Hops into the Burger Market: What the Food Service Market Research Says

This Plog is about IHOb. Wait…flip that.

Kidding aside, it sure has been an interesting two weeks for IHOP, which, in a recent marketing ploy, announced they would be changing their name from IHOP to IHOb. And though the ‘b’ remained mysterious for roughly a week and inspired rampant speculation (brunch? bacon? bellinis? beer?! bud?!?!) we have now learned the ‘b’ is for burgers (oh, burgers burgers burgers start with ‘b’).

The chain started teasing the change on June 5 in what we have learned to be a tongue-in-cheek attention grab. Their flagship Hollywood location even did some heavy crane lifting and changed their signage.

They just aren’t going to be as myopic in that focus as they have been in the past as they attempt to push into the highly profitable lunch and dinner markets.

But there are many questions left to ask and, for answers, of course, we will be putting in the food service market research in order to understand what is behind the move, evaluate its likelihood of success, and flesh out what the changes say about food service, off-premises dining, and dining dayparts in general.

All Sizzle for this SteakBurger?

As a marketing initiative, this was pure gold. Where there had been little to no talk about IHOP, suddenly their name was in everybody’s mouth. Indeed since the initial announcement, more than three thousand articles have been written about the chain, over 8 billion online impressions have been made, and the chain occupied the number 1, 2, and 4 spots on Twitter Trends on June 11. One reputation management consultant even referred to the campaign as “clickbait on steroids.”

So they got their name in people’s mouth…now they hope their burgers follow.

To encourage this, the publicity stunt comes with a new value proposition: they are currently offering their classic cheeseburger and unlimited fries for $6.99, and touting their “hickory smoked bacon,” “thick cut onion rings,” and “brioche buns” as product differentiators. And, in a move that symbolizes their attempt to have their pancakes and eat them too, consumers can freely swap in pancakes for fries on the side (for somebody whose two favorite foods are literally pancakes and burgers, such as this blogger, this is like being told Beyoncé is opening for Tina Turner).

Indeed, in a clear talking point that he has repeated across several interviews (and indeed several times in the same interview), IHOP president Darren Rebelez says the campaign intends to communicate that “we’re taking our burgers as seriously as our pancakes.” With a prefab pancake mix and fruit toppings drenched in corn syrup, one would be forgiven for wondering how seriously they take their pancakes in the first place, but his broader point nonetheless stands.

But, of course, none of this marketing and PR magic matters if they can’t drive sales. Buzz and buzzwords like impressions and retweets are all fine and good (and help many marketers get their wings), but the real test, the only test, will be if the campaign can drive more customers to IHOP(b?) during lunch and dinner time. 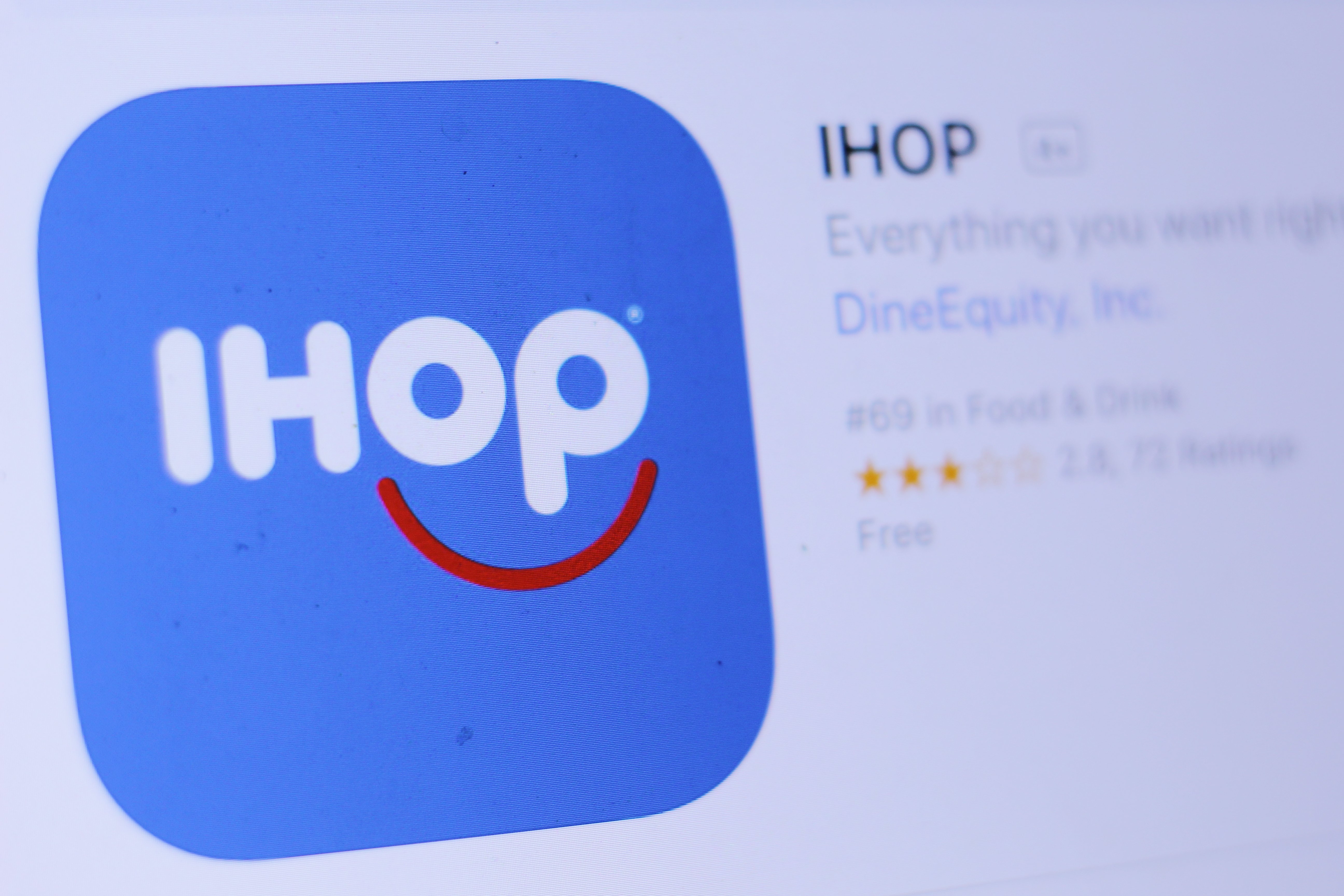 Serving the Church Folk and the Stoners, but Not the Power Lunch-ers

At first blush, the move seems a bit curious. They are the king of pancakes and, here’s the thing, everybody loves a pancake. Seriously, if you know somebody who outright dislikes the fluffy butter pillows, stop reading and immediately reevaluate your relationship with this person. People who do not like pancakes are not to be trusted.

But, given some context, the move (though perhaps not the execution) makes some sense.

The embattled chain has seen ten consecutive quarters of decreased foot traffic, and only recently reversed their same store sales trend, which had been decreasing each of the previous seven quarters.

Look, they’ve got two of the four dayparts covered: when it comes to breakfast and the midnight munchy crowd, IHOP is on point, with 49% of its sales coming from the breakfast rush alone. Yet 33% of all restaurant traffic comes from lunchtime, and this is a space in which IHOP has yet to be competitive. As Rosalind Chow of Carnegie Mellon’s Tepper School of Business noted, “They need more bodies in the room than what breakfast/brunch can provide. So they need to diversify their offering in some way.”

This is particularly important given the rise of off-premise dining via pickup and delivery. Breakfast foods, for the most part, do not carry out well, both in terms of product longevity and in terms of social occasion. People go to breakfast with their families after church (or after drinking too much holy wine at the Temple of the Spirited Nightclub)—it’s sit-down food, not carry-out. Lunch and dinner are far likelier times for off-premise dining, and IHOP knows it needs to build up its brand and platform to not leave dining dollars on the takeout table.

They built out their online ordering system at the end of last year and are currently testing delivery partners in select markets, but without a share of lunch and dinner traffic, these operations will be irrelevant.

And with burgers that seem more akin to Hawkeye than Hulk, there are already causes to doubt they will earn that share. Indeed, according to early research (yes, very early) by YouGov BrandIndex, the move has failed to drive increased lunch and dinner time traffic. Sure, their word of mouth score is up, but its sales are not.

And there are reasons for this. Consider how the burger market in general, and the better burger market specifically, has proliferated over the past several years. IHOP is entering an already-crowded space where competitors offer unique product differentiators including all-natural ingredients and inventive toppings like truffles and exotic cheese (don’t make me even try to pronounce Gruyére). 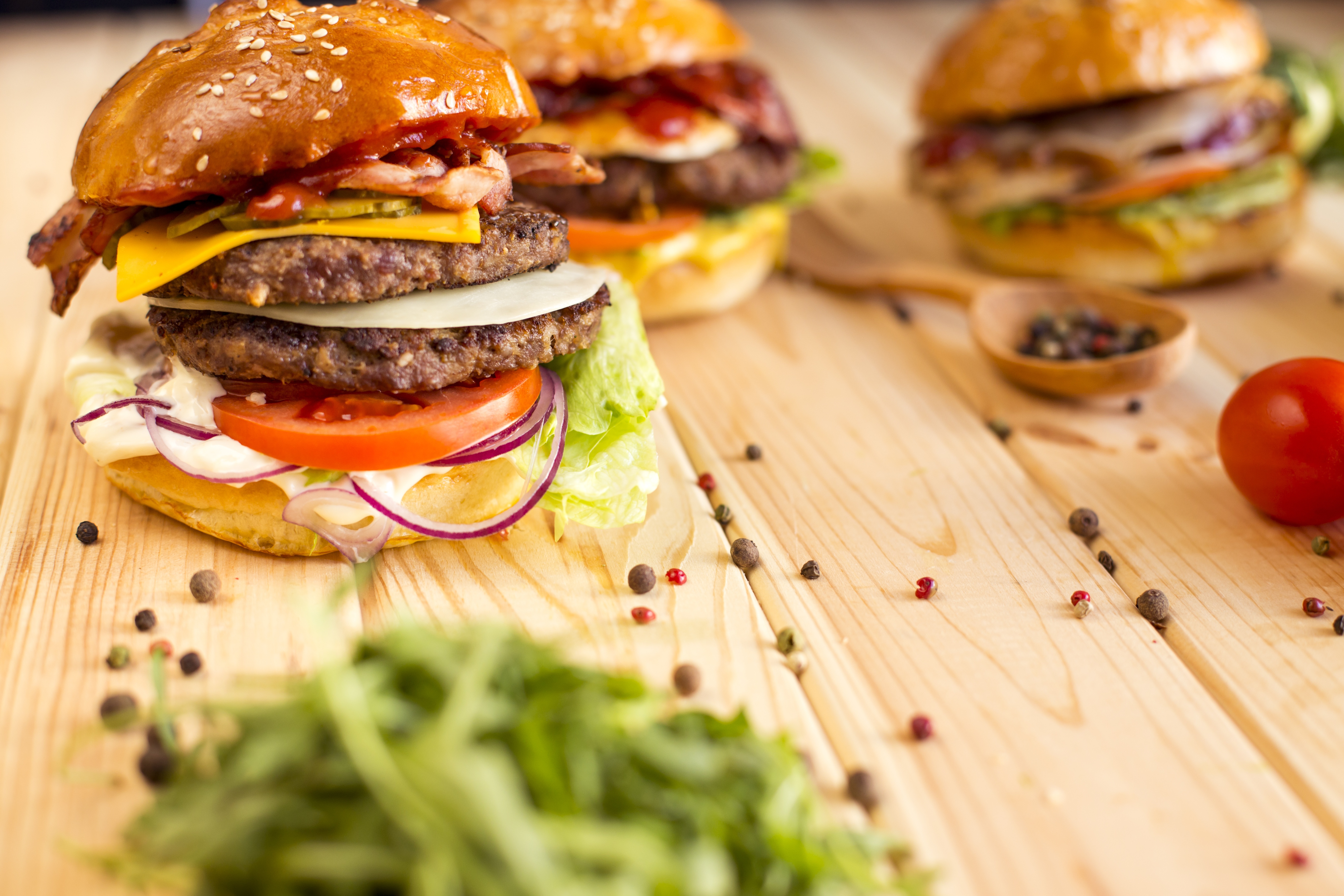 IHOP can claim none of this—though made from “steak,” their ground beef is neither natural nor organic, and their most inventive toppings seem to be mushroom and swiss, and barbeque sauce with thick onion rings. These products will not stand out and it is difficult to imagine a world where people crave a burger and immediately shout in unison, “Hey, let’s go to IHOP!”

Yet IHOP’s President Darren Rebelez remains optimistic: “I would put our burgers up against anyone’s—they’re that good. We’re convinced when people come in and try this quality of a burger at the price point that we’re offering right now, it’s going to be a compelling value proposition and they’re going to come again.”

While their $6.99 promotional price point is competitive, no doubt, it does not come attached to any revolutionary product inventions—the burgers, apart from now being steak based, are relatively the same product the chain has been pushing since it opened in 1968.

Instead, it may have been prudent to invest the financial and social capital in doubling down on their breakfast lineup, sprucing up their regional offerings, and veering into the better breakfast lane with fresher products, real maple syrup, and coffee products that are better than their current fare, which is somewhere between breakroom and hospital coffee.

Indeed, one competitor candidly offered some free advice, “Keep the ‘b’ but for breakfast—and promote a breakfast all-day mentality. Come on now, this is easy!”

Fast Food to IHOP: “Stay in Your Lane”

Others in the industry have not been as kind. In fact, the replies from the fast food industry have been merciless and, as one might expect, Wendy’s has led the snarky pack, tweeting, “Remember when you were like 7 and thought changing your name to Thunder BearSword would be super cool?”

Whataburger, which, like IHOP, serves both pancakes and burgers, also got in on the fun: “As much as we love our pancakes, we’d never change our name to Whatapancake.”

And Steak ‘n Shake went straight for the product jugular, observing: “A replica by definition cannot be as good as the original. The original #Steakburger was created by Steak ‘n Shake in 1934.”

At least people are talking about IHOP?

You Don’t Need Panel Surveys or Dinealongs to Know: The Apple Pancakes are THE WORST

It remains to be seen if IHOP can move the needle with its lowercase-b burgers. We have our doubts but we are never opposed to being won over by a burger.

Something does have us worried though: It seems that IHOP’s parent company, Dine Brands, may be testing IHOP-branded breakfast products to uplift sales in Applebee’s, which they also own. While we can debate the merits of the International House of burgers, every market researcher cringes when she hears this news. Diluting IHOP’s breakfast supremacy by loaning out its cachet to a fledgling Applebee’s is just a bad idea, and we didn’t even run any research to figure this one out (though we would suggest panel surveys and dinealongs in this case).

As we’ve noted in the past, the rot may have sunk too far into the Apple(bee’s) to be saved and, despite the recent success of their deeply discounted happy hour cocktails, throwing an IHOP rescue boat into some perfect storm level conditions is only going to kill the rescuers.

And with that somber assessment, this blogger is off to find some happiness in a platter of pancakes.