Ok, let’s talk about toys. Your humble blogger just spent a week-long family reunion marveling as his slew of nieces passed the hours watching other people open toys on YouTube. Subsequent investigation led me the following set of understandings: 1) LOL Surprise dolls are the hottest toy on the planet, 2) Children are as happy watching people open them on YouTube as they are playing with them themselves, and, 3) They are a manufacturing market research marvel.

LOL (Little Outrageous Littles) Surprise Dolls are, as you might have expected, based on surprises—each doll comes inside a ball with several different layers to unwrap, each revealing a new surprise. In this design, they have positioned themselves at the intersection of how kids are today and how they’ve always been, capitalizing on our current social media-driven moment while also understanding that kids always like to be surprised.

So get ready to start unwrapping and only let them shoot you from your good side, we are putting in the manufacturing market research to understand just how very genius these toys are, what they say about the difference between play and experience, and how manufacturers can best situate themselves for this new voyeuristic reality.

LOLing all the Way to the Bank

Owned by MGA Entertainment, the notorious toymakers who brought us those disturbing Bratz dolls last decade, the LOL Surprise Dolls are surprisingly taking over the world. As of last November, they’d sold 800 million units; based on current data, they’ve sold roughly $4 billion worth of dolls and accessories.

They are the best-selling toy at Walmart, Target, and Amazon, where they at this very moment hold four of the top ten spots on the toys & games most popular list. 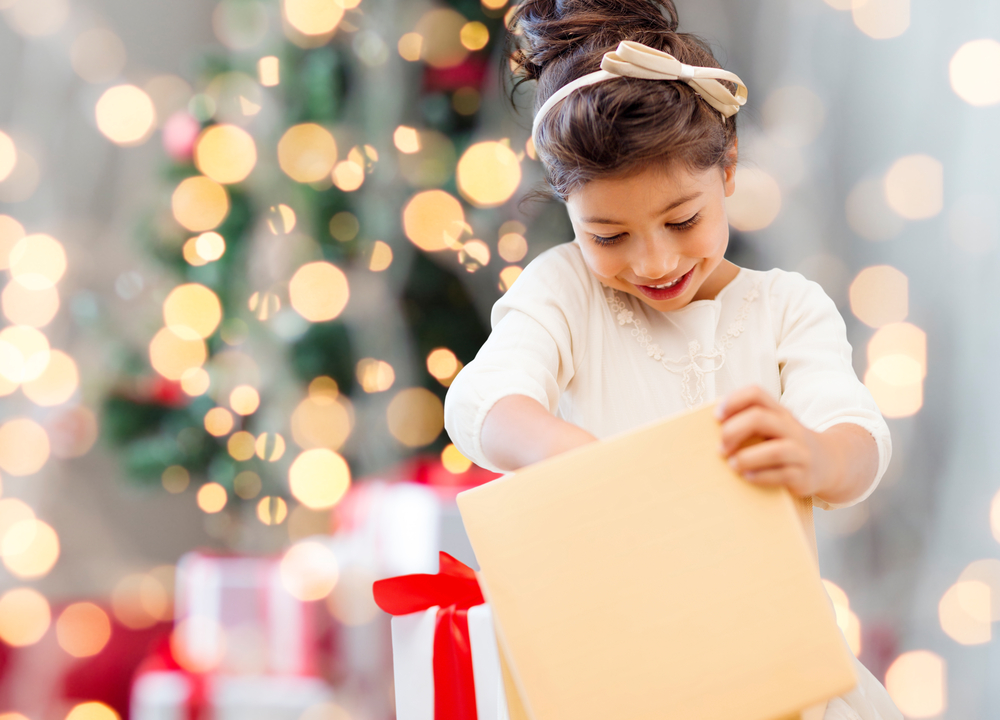 They’ve been named the toy of the year by Business Insider, praised in Forbes and the New York Times, and have their own Wiki which hosts 407 unique articles. There are innumerable lists and rankings, spelling out the rarest and most valuable toys and offering parents primers on a world their children have already immersed themselves in.

Some particularly rare dolls include the Glitter line, where balls can have over 50 layers to unbox and the dolls are rare queens. And, yes, speaking of queens, they already have a Beyoncé-inspired doll, this Queen Bee entry, complete with a replica “All the Single Ladies” video outfit. Your humble blogger may be looking for one on e-Bay as we speak…you know, for research.

Selling for roughly $10 per typical ball of doll, it is not unheard of for single dolls to sell on the secondary market for over $250, and for in-tact sets to go for well over $1,000. Oh yeah, the dolls are released in sets, which are kind of like seasons for a fashion house or a TV show, and there are about 50 dolls per set.

As of now, there are over 250 unique dolls and innumerable accessories to pair with them. And since they come in sets, they are by definition limited, promoting scarcity, increasing demand, and, as parents are learning, hysteria.

There are sets that come with multiple balls and dolls, entire playhouses meant to accommodate them, and pets and baby lines that are almost as popular as the main line themselves.

But what does this all look like? Ok, let’s imagine you’ve just received a LOL Surprise Doll. You’d find a lemon-sized ball with art and graphics on its exterior, inviting multiple layers of unwrapping. Here’s how you would experience it.

First, you would look at the packaging. Everywhere—from the packaging to the advertising to the ardent anecdotal testimonials your blogger has solicited from obliging children across the country—the emphasis is on the surprise. Each ball will come with layers upon layers of unwrappable surprises (the package tells you exactly how many surprises to expect), revealing new pleasures with each subsequent layer.

So, first, you would unwrap the outer layer, finding the first level of surprises, usually some combination of stickers and “secret messages” from the dolls. These are understood to be the relatively lame gimme prizes before the good stuff gets going.

Indeed, the next few layers would consist increasingly-exciting, interchangeable collections of accessories for the dolls: bottles, outfits, shoes, headbands, glasses. Ultimately and eventually, the doll itself is found in the ball’s core. It is important to note the doll inside the ball rarely matches the one depicted on the packaging—it’s all about the surprise, remember?

It’s a lot, right? Yeah, in the Times write-up, the writer made two admissions: 1) it took her 59 minutes to unwrap the entire package, and 2) she immediately wanted more.

But to talk about the dolls without talking about YouTube makes little sense because half of experience seems to be rooted in watching others unwrap these toys.

Yes, for those of you who didn’t know, it’s true: unboxing videos are a thing. Just like people are happy to watch strangers play video games, it seems they are equally excited to watch strangers open and play with toys. Head here if you have to see it to believe it.

We would offer to explain how it works, but, well, it’s not all that complicated: children, or sometimes merely disembodied hands, unbox toys to uplifting music, narrating the process for their millions (yes, millions!) of viewers. 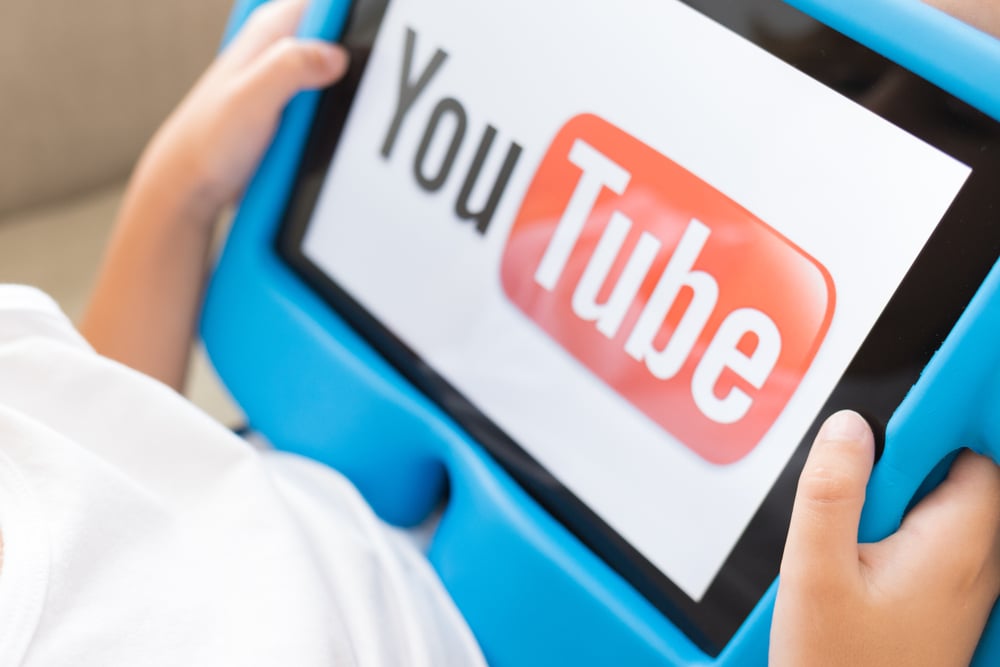 The unboxing trend started with iPhones—starting in the early 2010s, adults began recording themselves opening their smartphones, essentially asking audiences, “How you like them new apples?!” Part conspicuous consumption—"look what I got!”—and part public service announcement—“here’s what you can expect!”—the videos gained an unexpected following as more and more children began to watch these strange ceremonies.

Soon it became clear that, for whatever reason, children really enjoyed watching other people open stuff and toy manufacturer Isaac Larian was the first to reverse engineer a product that would specifically cater to this peculiar phenomenon. Offering no less than seven unique surprises per toy, the LOL Surprise dolls are quite literally tailor-made for the era of internet unboxings.

Children grappling with the uncertainty of the future and impermanence of the presence, then, find comfort in these unboxing videos because they are constructed to build anticipation, but it is not a dangerous kind—there are always going to be toys in those boxes, never snakes or mommy and daddy’s divorce. They get to revel in the anticipation of what’s to come while simultaneously being reassured that whatever it is will be pleasant.  Oh, to be young again!

Yes, it’s basically the uncertainty of opening a pack of baseball cards with a social media following we haven’t seen since Slime videos became a thing, a voyeurism and vicariousness that is only possible in our cultural moment. 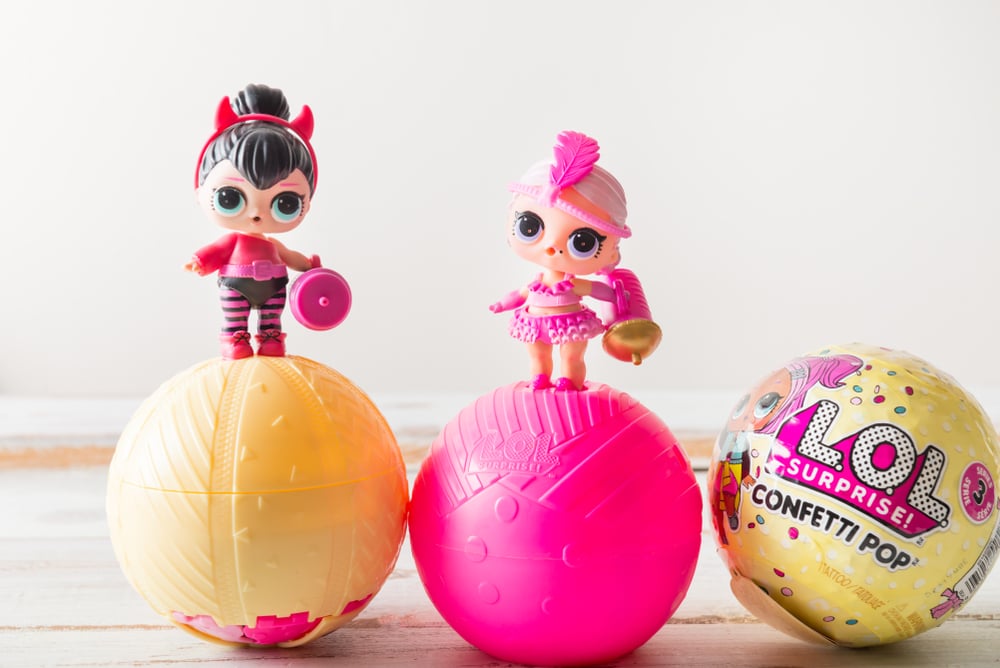 Regardless, what is truly noteworthy about the LOL Surprise dolls, then, is that they so specifically targeted an emerging cultural trend and then rode it to the top. Rather than rolling these dolls out in TV spots timed to Saturday cartoon hour, as would have been the case for any self-respecting toy maker in the years of Teenage Mutant Ninja Turtles, LOL Surprise went straight to YouTube, getting 44 million combined views with unboxing videos from paid influencers.

It’s a strategy as notable for its inventiveness as it is for its success. Any guesses how they got there? Manufacturing market research.

Unboxing the Future of Toy Manufacturing and Marketing

There are problems of course, some pint sized, some growing. As is the case with any toy sensation, there is a healthy amount of social panic, warning parents the toys are not healthy, that they train kids that the things we buy will make us happy, that enjoyment isn’t play-based but rather rooted in acquisition. To them we say, phooey!

Then there is the fact that, like Birkin Bags and Burberry, these toys are already inspiring frauds and super frauds.

But handwringing and impersonation are two of the greatest testimonies to success, and both problems seem more rooted in the cultural needs the toys satisfy than the toys themselves. And that, right there, is the toy’s greatest coup: it’s becoming synonymous with us and our moment.