When Beyoncé, reigning queen of all that is pop and popular, took over the world for those two weekends in Coachella (hereafter known as BeyChella), she had spent the previous months eating vegan, reclaiming her legendary curves less than a year after giving birth to twins. No, this isn’t just your humble blogger’s latest attempt to remind the world that he was there, witnessing the defining concert of our generation and falling in love (but, yeah, it kinda is), it is about the mainstreaming of plant-based diets.

Beyoncé publicly stumped veganism’s virtues to her 100,000,000+ social media followers, not only inspiring others to make similar choices but also demonstrating how far we’ve come from veganism being associated exclusively with Birkenstock-clad granola crunchers.

Plant-based proteins are the greatest beneficiary of this mainstreaming, and none more prolifically or contentiously than soy. Perplexingly linked to both improved and deteriorated health outcomes, natural soy products like tofu will need to shed their association with processed soy products and animal feed in order to truly ascend. As flexitarians, vegetarians, and vegans all expand their ranks and drive demand for plant-based proteins, can products like tofu overcome lingering suspicions about their salubriousness and ride the meatless tide?

Well, whether you like it silken or extra firm (the only way to go), get out your tofu brick and always remember to drain out that excess water, because we are putting in the CPG market research to evaluate tofu’s past and present in order to glimpse its future in an increasingly health-hack happy, meatless world. 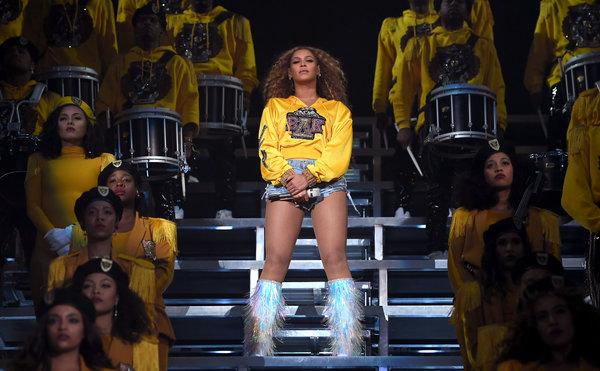 Soy products have been growing in terms of production and sales for quite some time. In 1990, soy’s retail revenue reached $1 billion; by 2013 it was $4.5 billion. Sure, a lot of soy is grown to feed the food we eat—between 75% and 80% of domestic soy cultivation goes to animal feed—but as a consumer packaged good, soy products are also on the rise.

So, even without going truly mainstream, soy and tofu is already doing alright. Manufacturers, of course, would like it to do more.

Meatlessness: Not Just for the Vegetarians Anymore

We’ve previously described the proliferation of vegetarian and vegan options at QSRs as well as entire fast food concepts built around plant-based foods. And as people are exposed more and more to vegetarian options that don’t taste like cardboard, meatless proteins are surging in popularity.

Sure, veganism sometimes leads to self-righteous celebration and whatever shameless attention grab PETA is cooking up (like opening a Museum of Tofu in April, 2020 featuring, and we couldn’t make this up, a silken tofu wrestling pit).

But these extremes are no longer the norm as cutting back and cutting out meat are increasingly popular, particularly among younger consumers. According to a Nielsen study, consumers have a wide range of reasons for their increase in plant-based foods like soy: 83% are looking to improve their health and nutrition, 62% to lose weight, 17% to save money, and 14% to protect the environment.

Also, it’s not just for the vegetarians and vegans: consider that Tofu is gluten, dairy, and cholesterol free, appealing to a wide range of dietary choices and restrictions beyond vegetarianism.

The Personalization and Fragmentation of Supper Time

It’s not just what we eat that will determine tofu’s fortunes, however, it’s also how we eat.

We don’t gather around the table and eat whatever Mom made—the days of breakfast cereal and a shared pot roast seem to be increasingly behind us. These days, everybody has their own individual diet, from gluten free to dairy free to keto to vegan and a whole bunch of other niche restrictions in between. When the food truck comes round TrendSource’s way, we always ensure it has vegetarian options—such assurances seems alien even ten years ago but everybody is increasingly comfortable asserting and expecting their dietary preferences to be accommodated.

Author Sophie Egan calls this the “me-centric American food culture” in which “personalized nutrition stands to further distance us from each other and the table.” 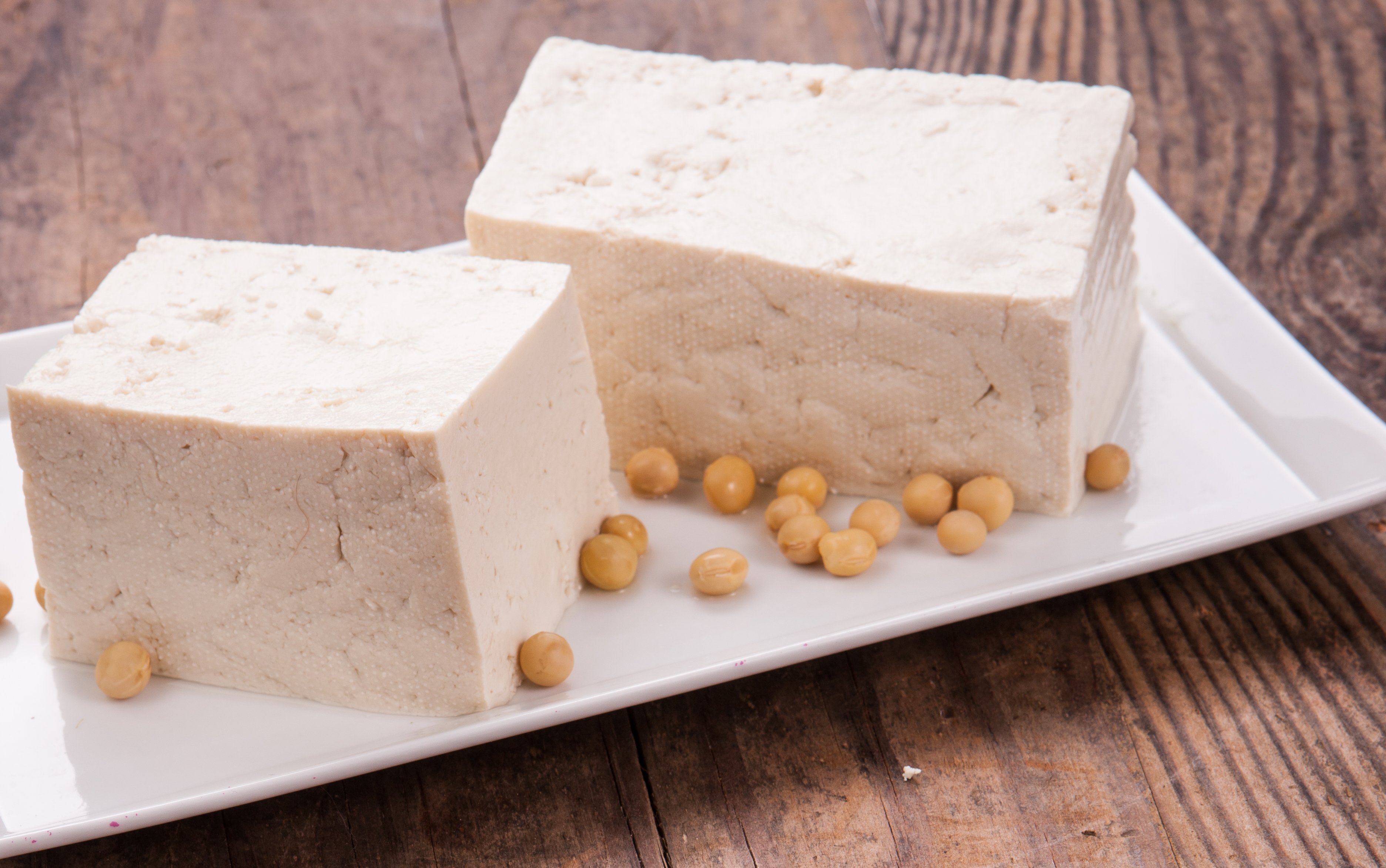 This fragmentation of diet and mealtime has driven the functional foods trend as well as the entire idea of fast casual dining where the customer becomes the master of their meal, personalizing a chains’ core offerings to their own needs and preferences (truth: my Chipotle burrito bowl order takes a good 90 seconds to rattle off).

Doctors often recommend soy proteins like tofu to patients with coronary conditions, staying in accordance with the Food and Drug Administration’s evaluation. Indeed, since 1999, the FSDA has allowed soy manufacturers to label their products as such: “25 grams of soy protein a day, as part of a diet low in saturated fat and cholesterol, may reduce the risk of heart disease.”

That’s a powerful claim, and one that the FDA rarely allows—soy protein is one of the twelve food products the FDA permits to make diet-disease statements on labels (others include calcium and osteoporosis, and folic acid and neural tube defects). But to further complicate matters, the FDA is currently considering revoking this diet-disease claim, calling for further research to establish a unique link between soy and improved cardiovascular health.

This confusion is nothing new in soy’s complicated trajectory. Actually, there’s quite a long history of scientific thought regarding soy products—both praised and problematized, soy has been seen as cause and cure for cancer, a likely aid in improved cardio vascular health, and a leading cause of food allergies (it’s seriously a really long history—check it out here).

Most importantly, over the last decade, suspicion has grown (particularly among the paleos) that soy protein may in fact prove carcinogenic.

We read stuff like this for a living, and the current literature on soy and cancer is complicated and taxing, even for us. So, here’s the short version: soy contains isoflavones, a type of flavonoid that some studies suggest mimic estrogen in our bodies and bind to estrogen receptors, potentially contributing to breast cancer. Yet these days, scientists are distinguishing between different types of soy products, namely natural v. processed.

Natural soy products include tofu, edamame, and soy milk whereas processed ones are products sold ready-to-eat like veggie burgers, chick’n nuggets, and other meat analogs.

It’s that second group that scientists are beginning to suspect carries the majority of risk to consumers’ health. Like any other food product, the less processing and industrializing that goes into it, the better it likely is for our health. Thus, products that pulverize soybeans and isolate proteins and oils to put into an unholy concoction of unpronounceable stabilizers, preservatives, and compounds are under increased scrutiny while tofu and the like seem to be a-okay.

Sure there is the lingering fear among certain male consumers that soy products will increase their breast size (check them, don’t neglect them) but these concerns seem unfounded when it comes to natural, minimally processed soy products like tofu. 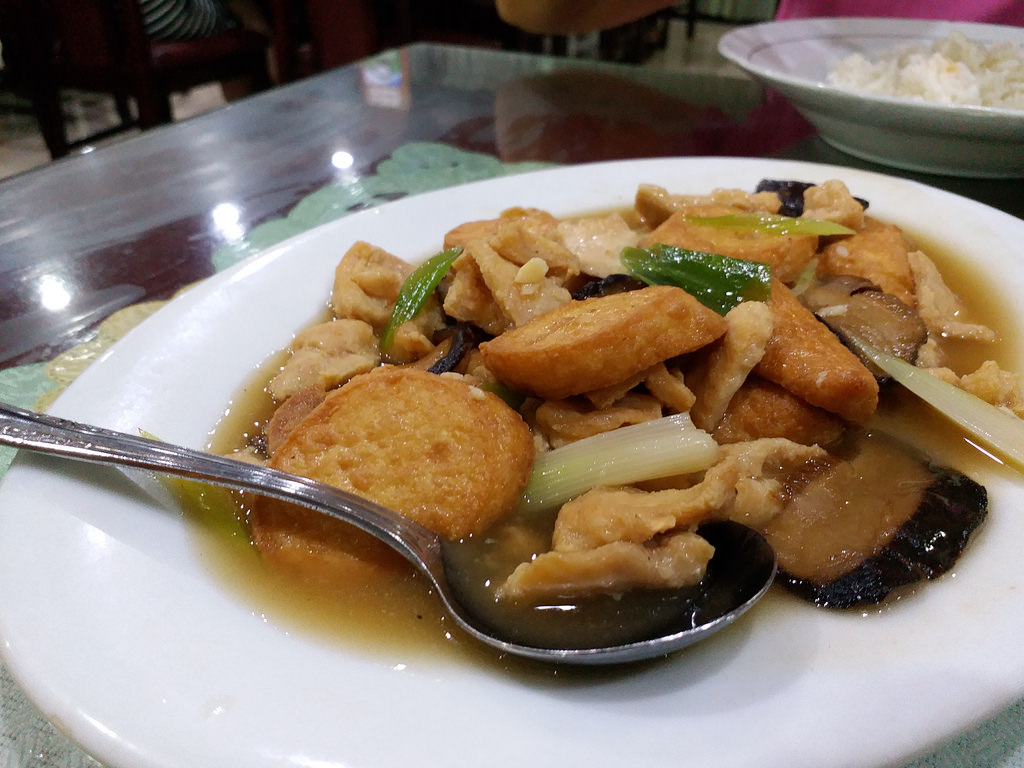 Marketing and Advertising Market Research, Panel Surveys Can Push Tofu Over the Top

With an emerging tofu 2.0 trend led by HODO, which sells minimally-processed, entirely-organic tofu with regionally specific flavors like Moroccan spice and Mediterranean harissa, manufactures are clearly already pushing out new products to appeal to a new generation of plant-based protein consumers. They’ve got the product end taken care of, it would seem, no doubt employing market research methodologies to hone their product to consumer appetite. Now, from where we sit at least, it is a question of marketing and advertising.

“Soy, it might be healthy for you…but who knows?” That doesn’t sound like an appealing value proposition, does it?

So how do manufacturers and retailers best position natural tofu products to address consumer concerns and overcome its cloudy reputation? What health claims can they make, which should they make, and how do they convince men that eating tofu will not make them grow a set of breasts like Meatloaf in Fight Club? These are the types of questions panel surveys and other marketing and advertising market research methodologies are positioned to answer.

Or they could just take the expensive route and put Beyoncé’s face on it. Yeah, we’d buy that.