It’s certainly been a tough few years and they can’t blame the pandemic—they’ve been slipping for a while. It went from $8.1 billion in revenue in 2018 to $$7.5 billion in 2019 to $5.4 billion in 2020. Moreover, the brand just feels insignificant, like nobody is turning to them to set their fashions, much less the cultural tone.

It’s easy to forget just how dominant a force they were in the early 2000s. Their name was synonymous with women’s lingerie and, in a lot of ways set the tone for women-oriented fashion brands. They were on fire for a while, with their catalogues on everybody’s coffee table, their brand endorsed by the most relevant denizens of high fashion, and their yearly runway show watched by a mass of viewers not seen since the streaming era.

But during that peak, Victoria had a big secret: It was manufacturing and marketing products to appeal to Victor, not Victoria. In its campaigns, women were encouraged to view their bodies and the products that went onto them as something primarily oriented towards male consumption. This was a terrible mistake, as the company now freely acknowledges. 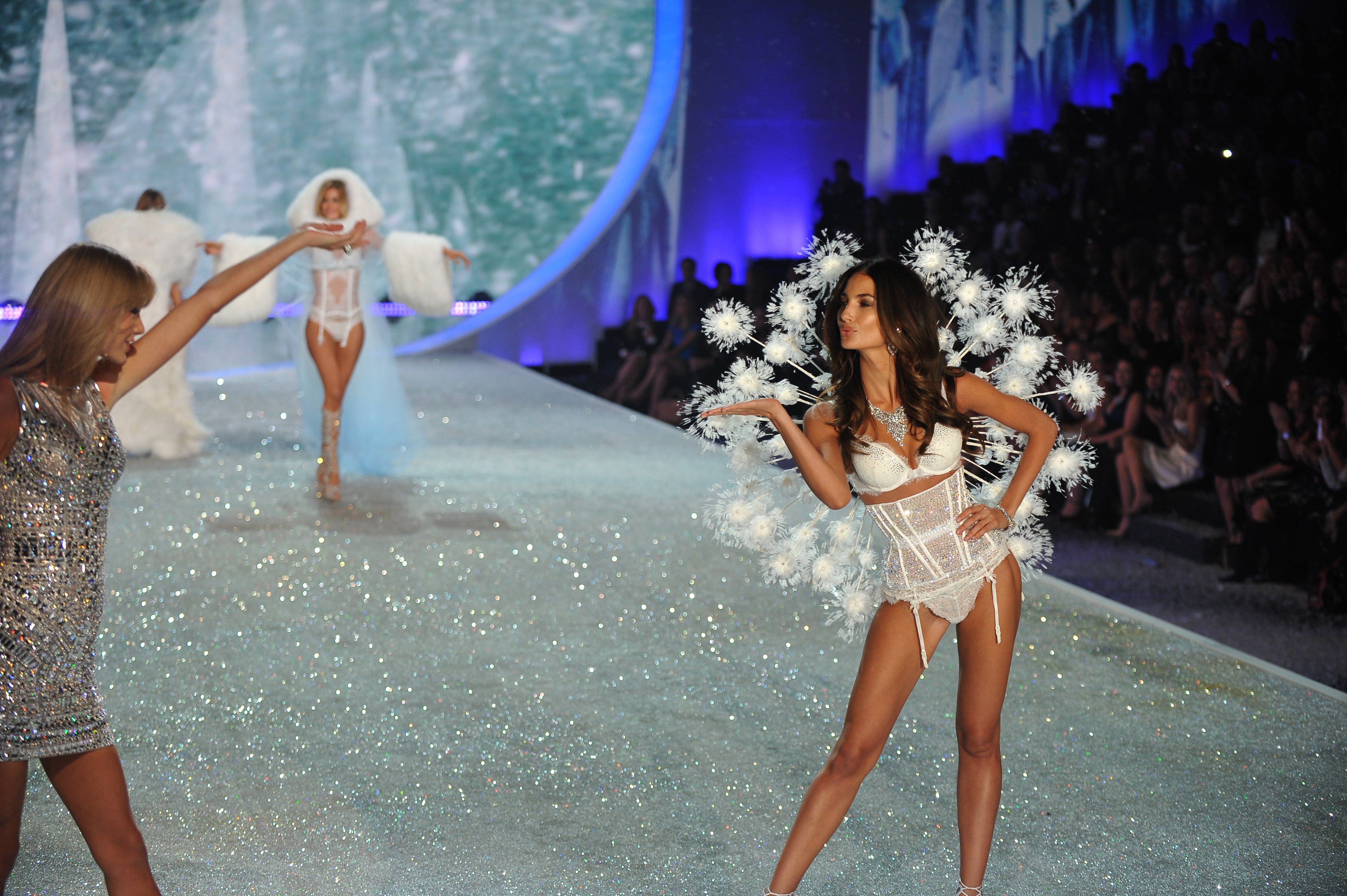 Now, the brand is offering sincere apologies and doing its best to turn a new page, recalibrating its identity around what women want, not how men want them.

“We were marketing the brand in a way that, frankly, was tone deaf and starting to become, if not already, culturally irrelevant,” said Martin Waters, the company’s current CEO.

So, today we are putting in the retail market research to understand how Victoria’s Secret so completely lost its cultural relevance, how it is fighting to get it back, and how market research can help them along the way.

Their core problem is easy to understand but hard to fix: For a brand ostensibly created for and dedicated to women, its marketing and brand identity was firmly rooted in the male gaze. The brand promise seemed to be something along the lines of “Our products will make you irresistible to men.”

Which is fine. People like feeling attractive and irresistible. But since the brand’s heyday, we have undergone a necessary and overdue cultural reckoning about the way that society objectifies women and often casts them as little more than the object of male desire.

Against this backdrop, Victoria’s Secret is stuck with an identity that is dated, out of touch, and honestly somewhat offensive. A campaign built around supermodels with unachievable body types in risqué poses doesn’t feel empowering. At a certain point, Victoria’s Secret became the type of thing men would buy for women, but women stopped buying for themselves.

Sure, some strains of feminism embrace sexiness as a women’s prerogative, but these ads were not empowering, they were reductive. The women in them don’t embrace their sexiness for their own empowerment but rather for males’ pleasure. Somehow, women were the consumers but men were the audience.

Women simply could not see themselves in Victoria’s Secret catalogs and fashion shows of yesteryear, detaching a consumer base from core products. 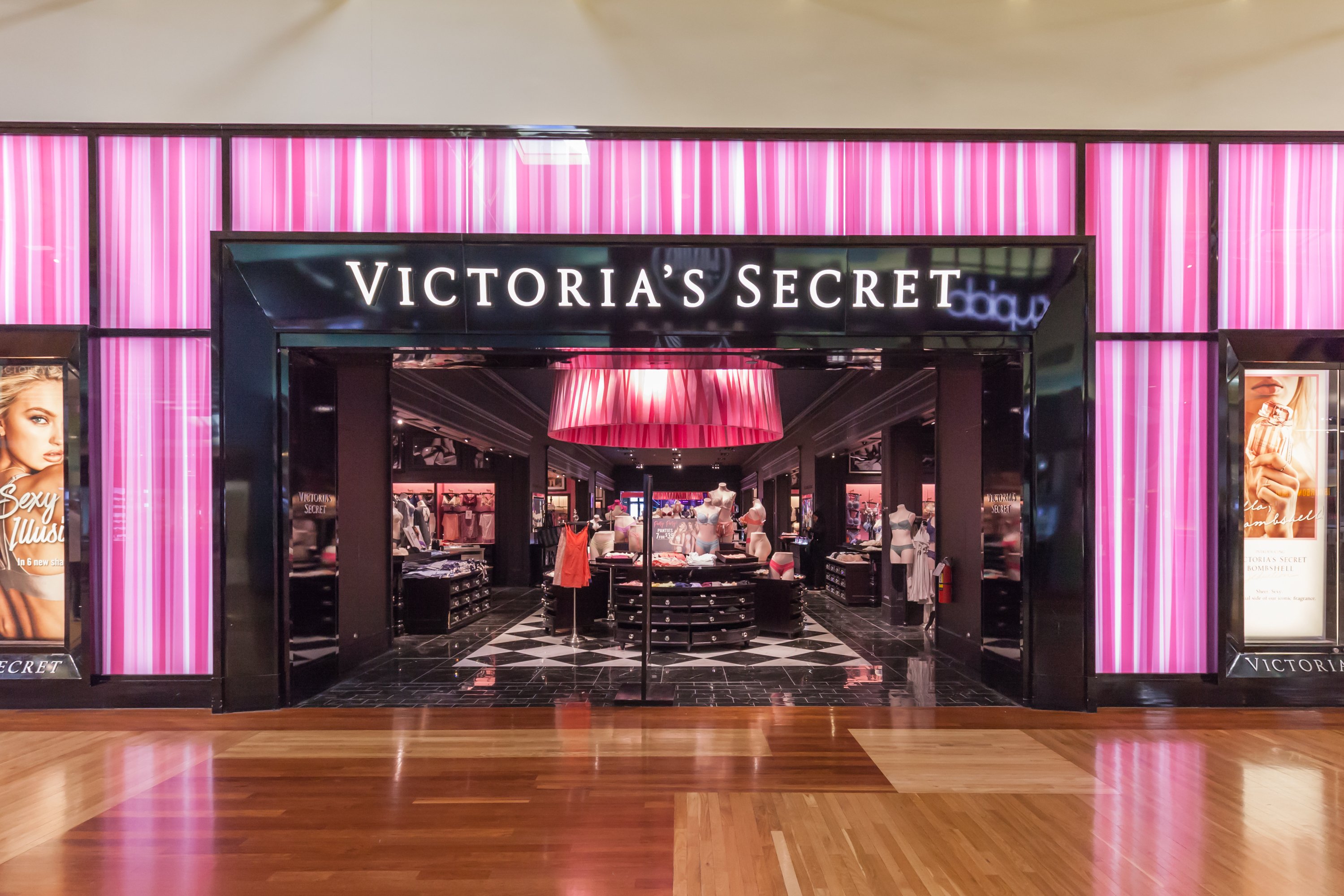 Victoria’s Secret Chief Executive Martin Waters acknowledged as much and, to his credit, went further than most corporate mea culpas go, owning the problem and the company’s culpability.

“We got it wrong,” Waters said during a virtual investor’s presentation. “We lost relevance with the modern woman. And she told us very clearly to change our focus from how people look to how people feel — from being about what ‘he’ wants to being about what ‘she’ wants.”

When Angels Go Out of Fashion

A lot of this disconnection can be traced to what used to be the brand’s signature event, the Victoria’s Secret Fashion Show, which ran for twenty years from 1998-2018. Remember those? Models in the Gisele stratosphere walked the runway in the brand’s most revealing fashions in a spectacle of sex appeal with rock show/runway vibes of unattainable beauty.

For obvious reasons, the events increasingly lost cultural relevance and were canceled in 2019.

But, to be clear, they did not cancel the show because they suddenly realized it was out of touch and counterproductive to their sales goals, but rather because people simply stopped watching. Their 2018 show was the lowest rated in its history.

Of course, this doesn’t all have to do with women. If we’re being honest, at a certain point in its history we’d be willing to bet that a good portion of the viewing audience was in fact male. Let’s not forget, there was a time that a pubescent boy would secret away the Victoria’s Secret catalogue like a squirrel hiding away a nut. 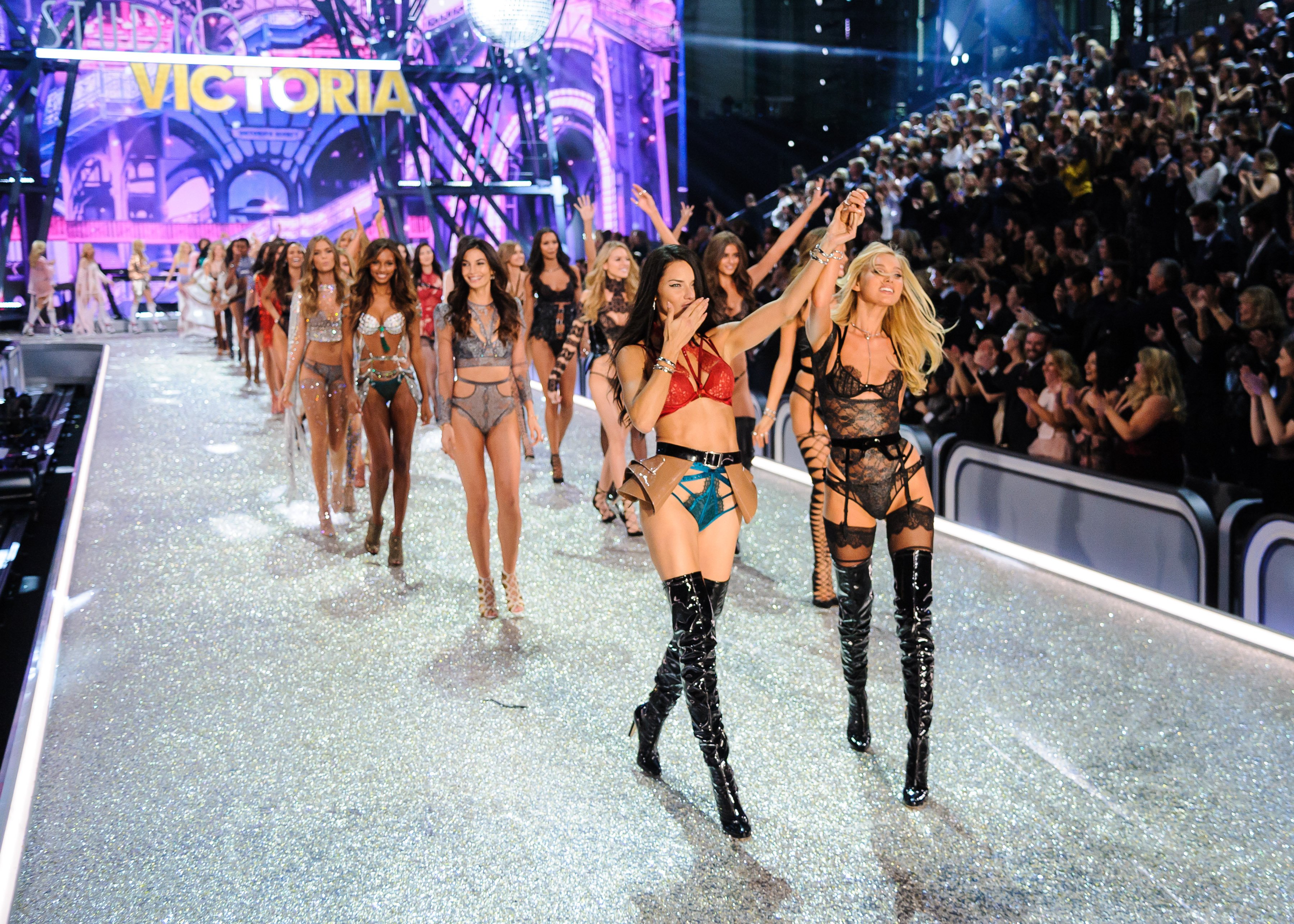 But, with the proliferation of adult material on the internet, by 2019, male viewers had moved on to the even less realistic portrayals of women and sexuality rampant in internet pornography.

Now, as the company works to rebuild its identity, reorienting the fashion show into something more contemporary and viable is one of their core priorities. According to their CEO, they plan on reintroducing the fashion show “one day” in a “culturally relevant way”.

Casting Down Angels and Elevating Activists: How Victoria’s Used Market Research to Find its New Identity

It’s not enough to merely recast angels as actual women, however, and recalibrating the fashion show is nowhere near the company’s tallest order. They must, before anything else, rebuild their connections with their ideal consumer. Then they can parade those new connections on a runway.

“Our vision is pretty ambitious. It is to be the world’s leading advocate for women,” he said.

Ok, sounds easier said than done, but to his credit, he did outline what this will look like in the near and long term.

First order of business, the company knows it must reconsider its products and reframe them in a way that is not centered around ideal body standards, men’s desires, or objectification.

That means that in-store displays will include plus-size mannequins, which will be wearing plus-size fashions. Women come in all shapes and sizes and, though it can feel like rote platitude, each and every one of them truly are desirable and beautiful.

This contingent and cornucopia of women are, at the end of the day, their consumer base, and the company’s products and displays (both in-store and digital) must reflect and serve them. 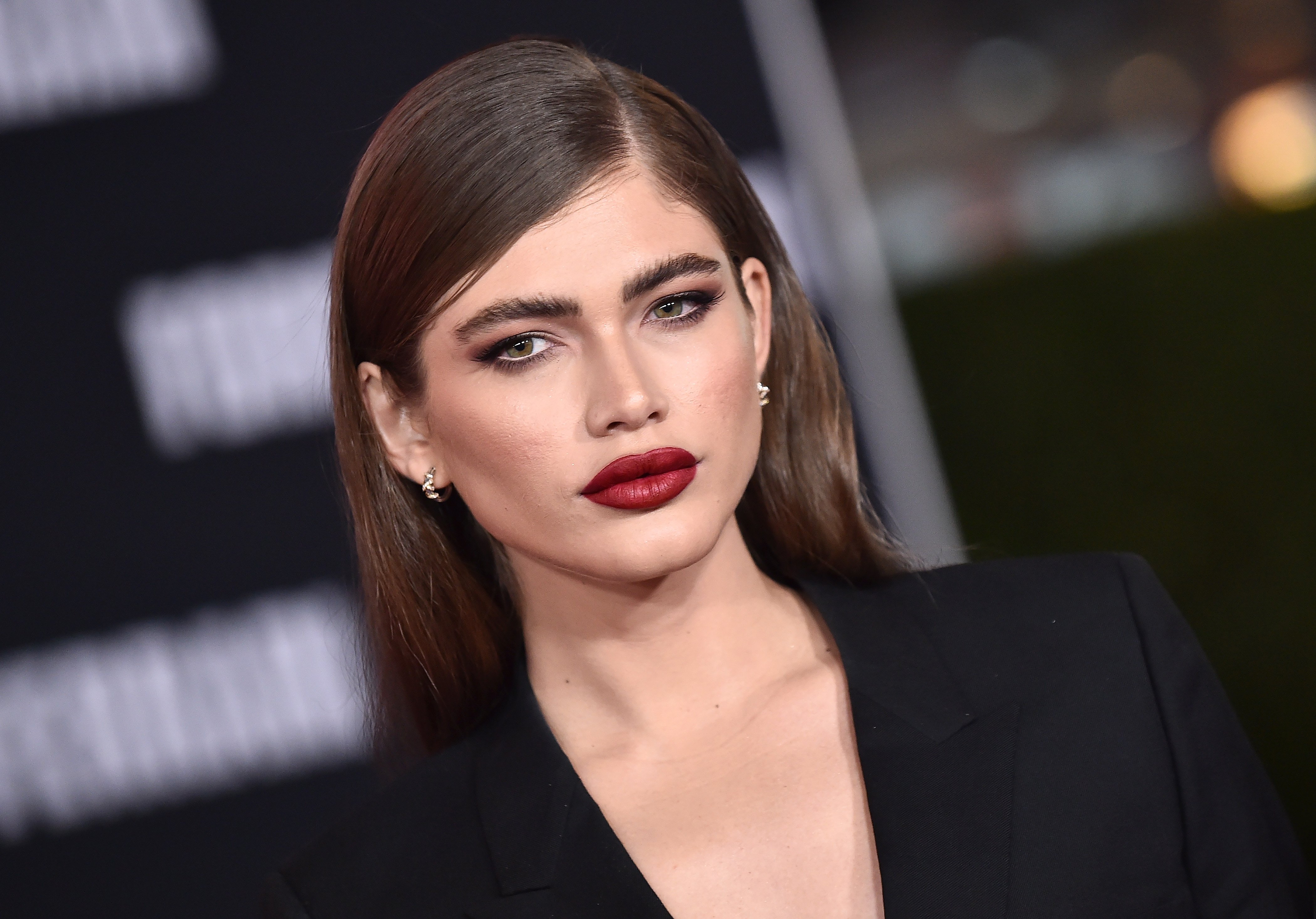 Expanding their products’ size offerings and representations is a key part of their reboot. But it’s not just about sizes and depictions, it’s also about the breadth of products they offer.

To put it plainly, when it comes to product, Victoria’s Secret understands it needs to focus on serviceability, not sex appeal. As somebody who courts male attention, your humble blogger can attest that, while I spend a good amount of time thinking about how men view me, it is not where I start or end my daily identity inventory.

Such fashions include products engineered for nursing, which is an entirely different kind of consumption. It also means maternity wear for women whose bodies are changing under the pressures of growing a human inside of them.

The company also plans to get into mastectomy wear.

These two lines in particular, which have yet to be released, will help Victoria’s Secret demonstrate its penance and willingness to play by the new cultural rules. Nobody could ever confuse maternity or mastectomy-friendly fashions for products oriented towards men’s desires.

But all of these shifts are product oriented. The thing about product is that people have to shop the brand to notice the changes—my mother, sitting at home and watching the Dodger game, will not know about this change in course unless they recalibrate their marketing.

The VS Collective: FUBU, But For Women 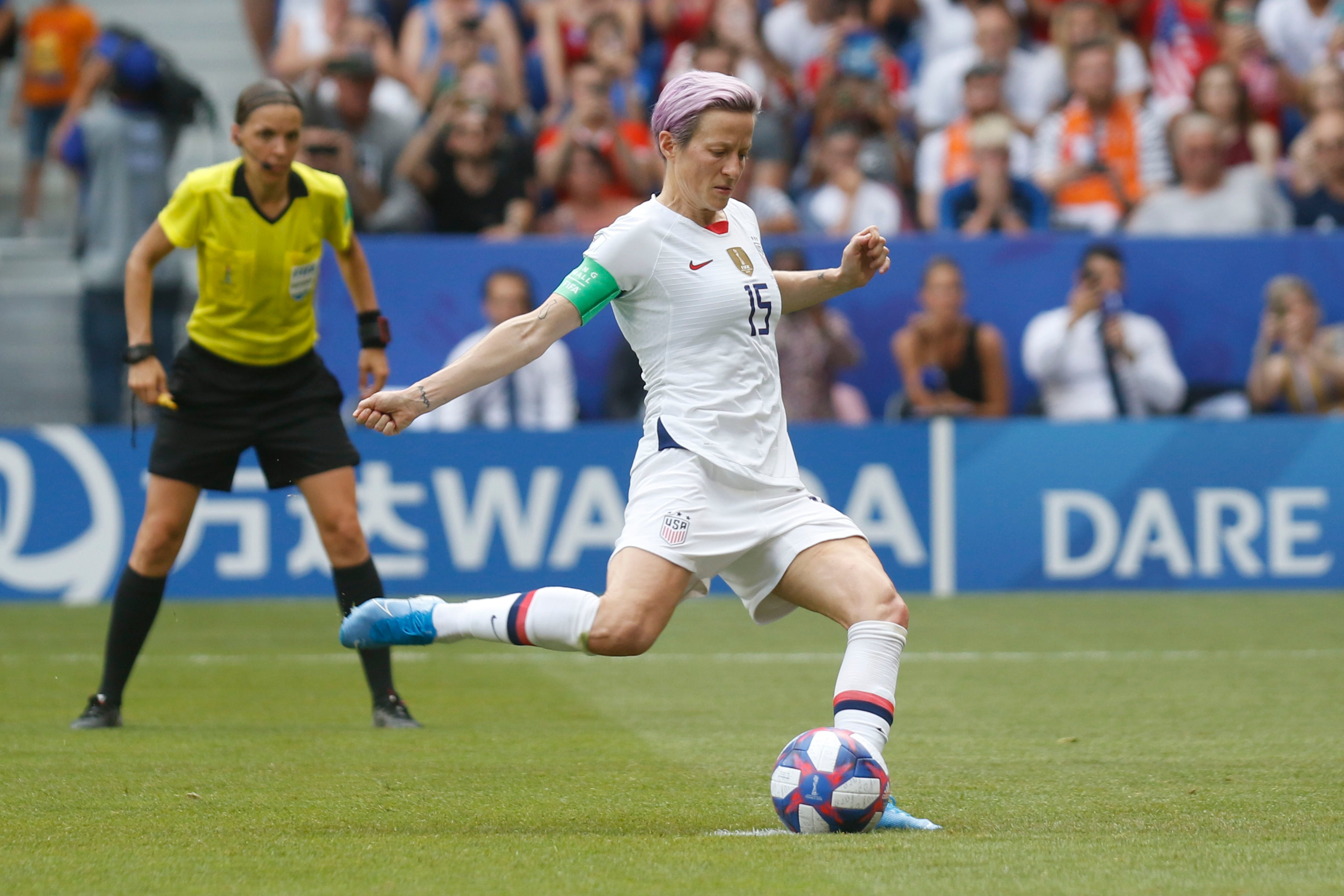 Victoria’s Secret marketing is in the process of casting out their Angels in favor of Activists and Achievers. At least that’s the message they hope to be sending with their new VS Collective, a group of new brand ambassadors who will help develop, market, and model their new products.

This collection of women is a drastic shift from their Angels campaign. It includes luminaries like Megan Rapinoe, Olympic athlete, out lesbian, equal pay activist, and a key figure in the most exciting goal in US history.

These women will appear in advertisements, promote the products through sponsored Instagram posts, and advise the brand on products and messaging. 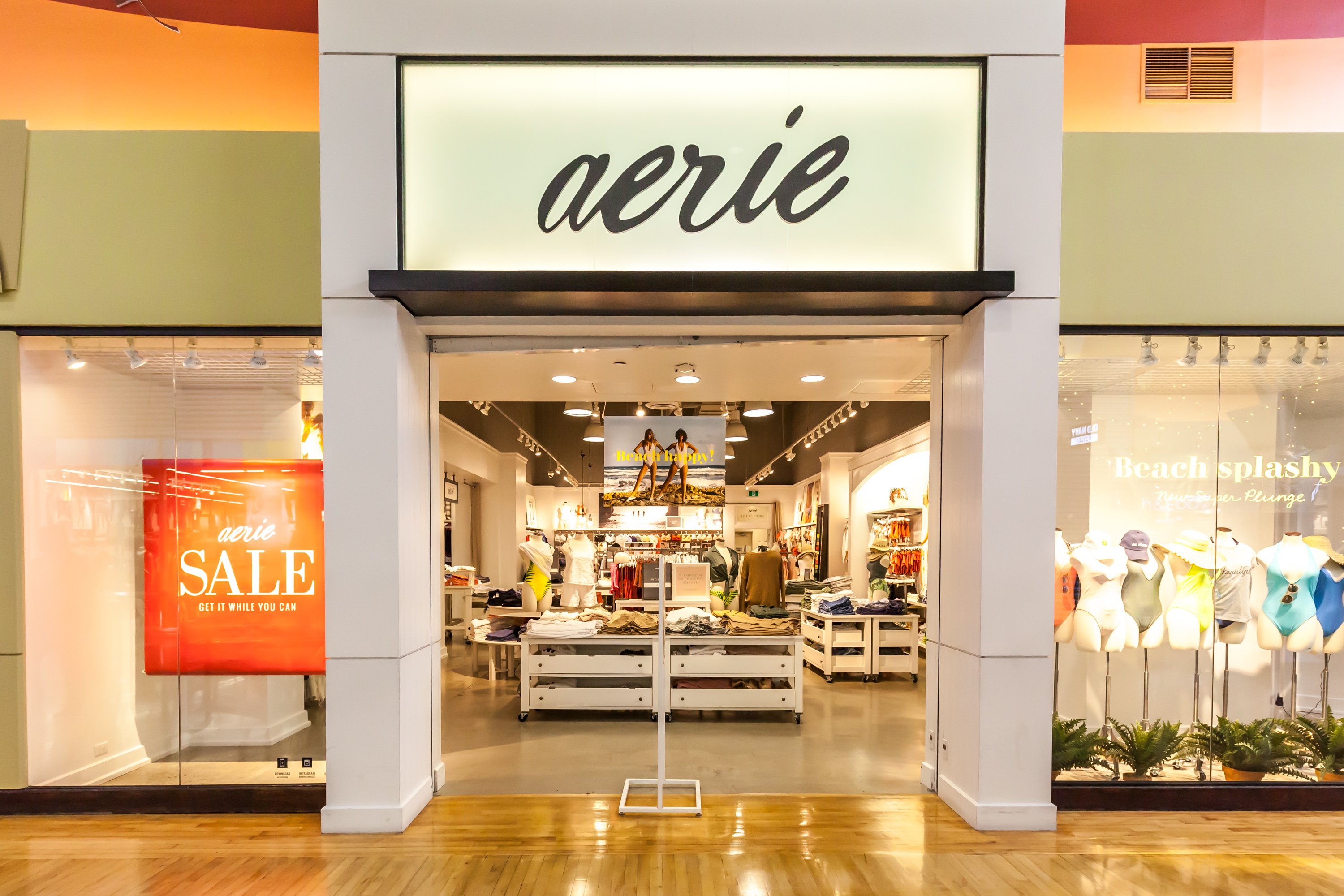 Victoria’s Secret lost its connection to its consumer base, plain and simple. Sure, this happens with aging brands from time to time, but never quite so spectacularly.

Recalibrating this perception is going to be a tough fight. Recall that their former CEO, Les Wexler, who grew the brand from single digit stores to the behemoth it became in the early 2000s, came under fire in 2019 for his business and personal connections to sex-abuser Jeffery Epstein. He no longer works for the company and resigned from the board but, when you are trying to divorce yourself from hyper-sexualization and objectification, this is not what you want.

In this light, their branding reboot must be extensive. To accomplish this, the company has no doubt turned to an array of market research methodologies. Two particular methodologies are likely serving them well, Panel Surveys and Competitor Analysis.

Panel Surveys put companies in touch with their ideal consumers. Companies can create a profile (or profiles) of these consumers, demographically fill them, and then put questions to them about their products, marketing, and brands.

Such surveys have no doubt been guiding a lot of Victoria’s not-so-secret effort to reboot the brand. Filling a panel with women of different ages, backgrounds, body types, and priorities can only help them in this effort.

Also, Victoria’s Secret knows good and well where their customers have gone. They are shopping at Cuup, ThirdLove, and Aerie, places that filled the void Victoria’s Secret’s errant marketing created.

This means that Competitor Analysis programs is likely a key component in their forward push. What are consumers’ shopping experiences with these brands like, what do they do that Victoria’s Secret doesn’t, and what gaps do their products, services, and marketing leave for them to fill.

And, despite any residual frustration and anger we may still have about the brand’s past transgressions, it appears that this reboot is working.

As one Wall Street analyst recently noted, “Most encouraging to us was management’s forthright (and frequent) admission of the depth of Victoria’s Secret’s (and PINK’s) previous missteps. This is a key step in the turn, although we still believe there is work to be done in communicating the new positioning and re-engaging the consumer.”

This is the reception they are looking for. They just need to make sure that women are as enthusiastic about it as men.