You, Fast Food Market Research, and the Apocalypse

When on the lookout for an apocalypse (be it biblical, zombie, or sports-related), sometimes it’s hard to discern the signal from the noise. But, in the case of fast food, when two of the nation’s biggest business news organizations—Bloomberg and Business Insider—both hit the panic button, it’s time to take notice.

With falling customer counts, rising overhead costs, and a reliance on an aging generation’s sensibilities, there is cause for pause. But let’s be clear, we aren’t saying we spy four horsemen coming over the ridge, just that it’s probably a good time to take a sober(ing), bird’s-eye assessment of the fast food industry.

So pull up to the first window and start the clock as we put in the fast food market research to assess the industry’s current concerns and potential pathways forward.

There has been talk of a coming fast food apocalypse for some time now, but each time somebody brings it up, they are hushed by increased same-store sales from industry giants like McDonalds and Taco Bell.

But rising same-store sales conceal several troubling truths. First, despite increased sales, traffic for the fast food industry was down 1.1% in July—the 29th straight month in which it has decreased. Yeah, that’s more than two years ago. The last time fast food industry traffic increased, Deadpool (the first one) was tops at the box office and we were still months away from the Lemonade drop that changed everything. Do you remember living in a pre-Lemonade world? Yeah, us neither.

So…if traffic has been declining since the late Obama administration, how to explain these same-store increases? Simple: costs are up. Americans are paying more for fast food, uplifting restaurant sales numbers. But, of course, this doesn’t mean profits are up.

That’s because, owing to rent and labor, overhead is soaring (more on that later), and those costs are being passed on to consumers, thereby increasing same-store sales without uplifting profits or customer count.

Thus, while enjoying positive traffic growth overseas, the US can still bring down a company’s overall numbers—last year McDonald’s global guest count dropped by .3% despite increasing almost everywhere except the United States.

Does Taco’s Bell Ring or Does It Toll? 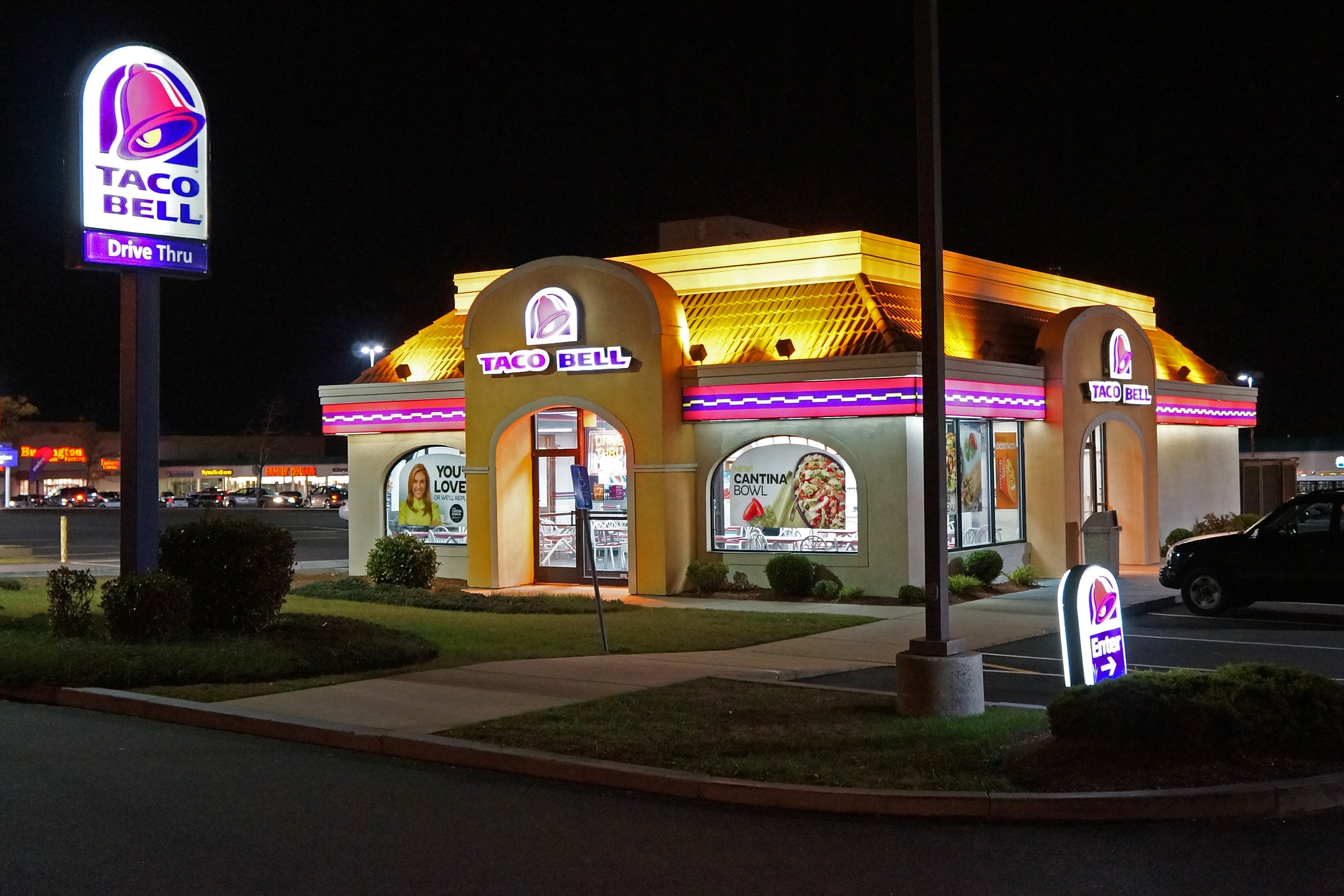 So what gives? Why are less and less Americans dining under the golden arches and ringing Taco’s Bell?

Some of it has to do with money. Sure, we have recovered (for the most part) from the economic meltdown of 2008, but the lessons and traumas have stuck with Americans who now view eating out as a treat or luxury, as opposed to a habit or way of life. This is good news for experiential-based dine ins and unique fast casual restaurants, bad news for fast food.

Throw in the fact that Netflix and Sonos (for the Sonos rich among us) have come along to make living rooms into veritable movie theaters, and that many millennials are being crushed by student debt, and you begin to understand how it has come to be that  82% of meals are made at home.

Whether it is from scratch, with preassembled ingredients through meal kits, or frozen foods like pot stickers and pizzas, Americans are using their stoves and ovens for their meals much more than they use their cars. This means that, while in 2000, the average American ate out roughly 216 times/year, that numbers has dropped to 185. That’s significantly less wallet share.

And what wallet share there is to be had is divided among more and more restaurants. Owing to the franchise model, chains like McDonalds, Subway, and Burger King have all greatly expanded their footprint over the years, securing franchise fees while simultaneously cannibalizing their own existing locations. 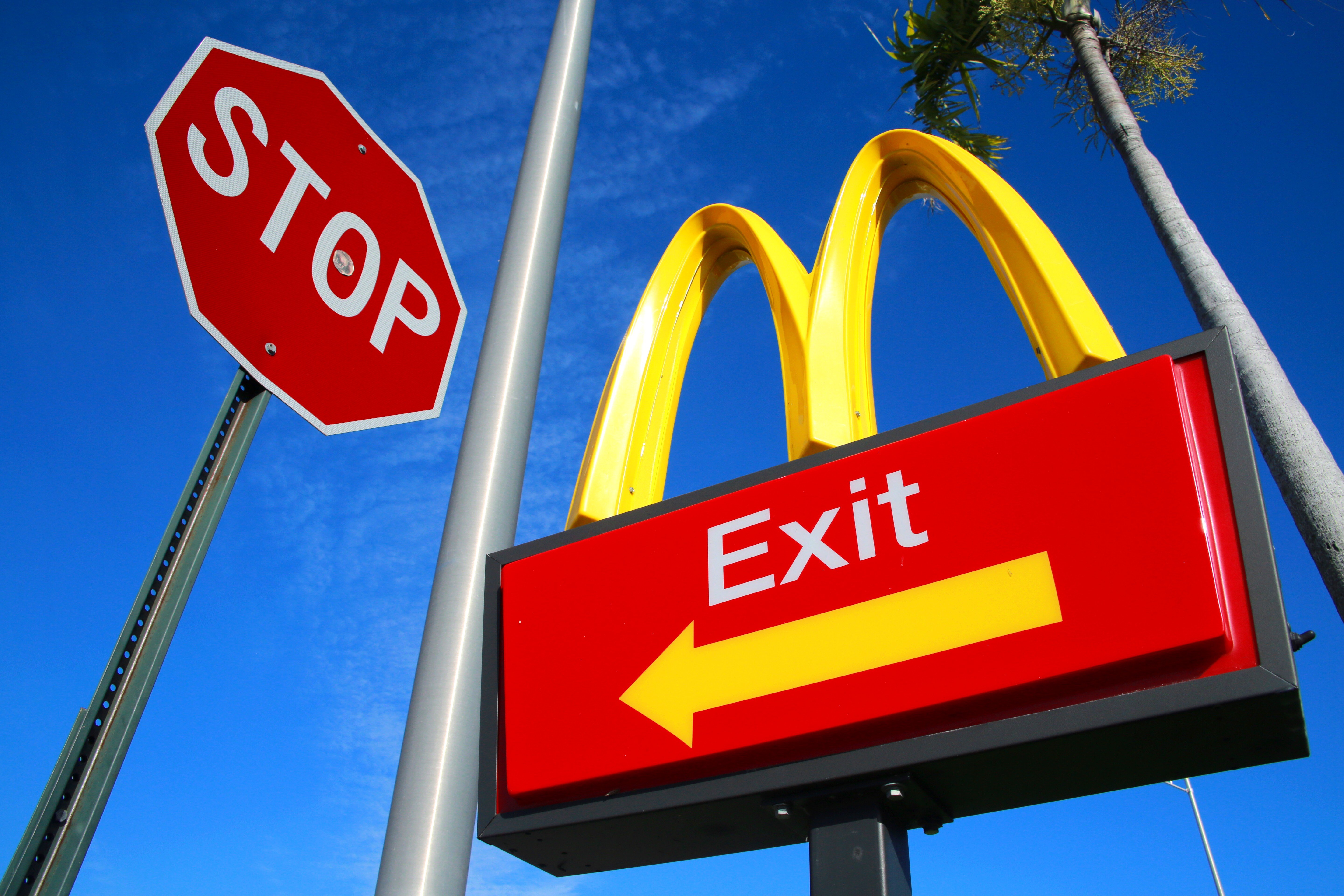 The math here is relatively simple: more restaurants coupled with less consumer spending equals trouble, meaning, as Business Insider so succinctly put it, “some restaurants are going to have to close.”

It’s not just analysts who realize this. Dunkin’ Donuts' CEO opined last year “The country is probably over-restauranted” meaning “Not many categories are truly growing.” Similarly, McDonalds’ President/CEO Steve Easterbrook bemoaned the “market share fight” that fast food has become over the past several years, noting that such fights lower profit margins for everybody involved.

Getting out of the recession has, all things been considered, not been great for fast food. First, and most obviously, lower incomes and employment rates drive customers away from pricier eateries to the relative affordability of fast food. So while an increase in disposable income is good for the restaurant industry writ large, it is better for restaurants where surf ‘n’ turf is a fillet mignon and lobster tail, not a fillet o' fish and a cheeseburger.

Also troubling fast food: higher employment rates mean it’s a laborer’s job market out there right now. Workers can afford to be choosier about their employment and employers. Fast food has never been the most attractive rung on the job ladder and today’s employment market means more people can skip over it entirely.

Indeed, Wendy’s, Sonic, KFC, and Dunkin’ all have insanely low satisfaction rates among employees—like 3% low—and with other opportunities available, attracting and maintaining talent is increasingly difficult and costly. Starbuck’s employee satisfaction rate dwarfs competitor numbers (by roughly 30%) but this is directly tied to their pay rate and benefits package.

And even when they do get labor into the building, it is increasingly expensive as the minimum wage has increased in 18 states over the last several years.

Throw in the fact that many legacy fast food establishments have been updating and modernizing their in-store experience, requiring significant investment, and we begin to see how razor-thin fast food margins have become and also why they have been forced to defray some of these costs through price increases. To further complicate matters, these expenditures, of course, are at odds with the excessive value promotions fast food has been using to attract customers. 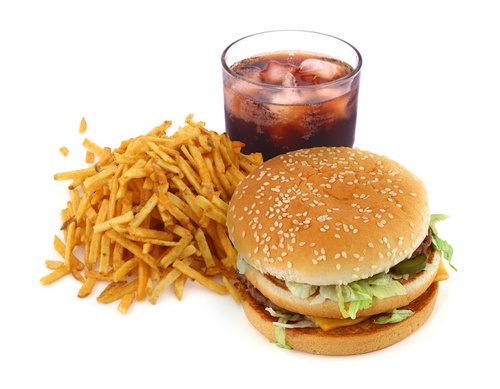 And then there are those darn millennials, alleged killers of everything from voice mail and face-to-face communication to breakfast cereal and, yes, fast food.

The thing with fast food is that it was designed for baby boomer sensibilities. Fast Food’s monotony and conformity meant that a McDonald’s burger in Nacogdoches was the same as one in Narragansett, and this was a plus to baby boomers climbing out of the nation’s regional past into a defined sense of national identity. With the birth of the interstate system and the affordability of domestic air travel, the speed and familiarity of fast food spoke to baby boomers in ways that take-your-chances Ma and Pa diners and soda fountains could not. They felt like the height of modernity, a most American establishment and a model of efficiency and reliability.

But, like the boomers, those good ol’ days are, well, getting old.

We’ve talked about this so many times, we recite it from memory, but millennials have broadly rejected cookie cutter restaurant experiences, favoring discovery and Instagram-ability over the predictability and uniformity fast food offers.

Why get the same ol’ same ol’ when it literally feels like a new fast casual concept is opening every day (can’t wait to give you a try, Boiling Point!)?

In nimble organizations, it would be relatively easy to pivot to changing national tastes, but when the entire raison d’etre caters to one generation’s sensibilities, it’s kinda tough to turn around that fast food oil tanker.

Beyond that trouble, the rise of the franchise model has made it even more difficult for restaurants to quickly change directions. That’s because, increasingly, the individuals charged with making marketing, menu, and pricing decisions are further away from the regional realities. Decisions come from the top-down in such organizations and, while all corporations pay lip service to their franchisees’ input, the big choices are left to the big girls (ok, probably boys still—we have some work to do).

In such fragmented, siloed organizations, it really helps to get a strategic consulting firm on board—preferably one with the market research might to collect, analyze, and disseminate data quickly.

Such a firm would be able to ensure that all organizational levels remain in communication. From franchisee and cashier to consumer insights specialists and CEO, a consulting firm like TrendSource understands the organization necessary to ensure optimal communication and accurate information goes into every decision.

Think of strategic consultants as your first line of defense against the coming apocalypse. Fast food, that is—if it’s zombies, you’re on your own.